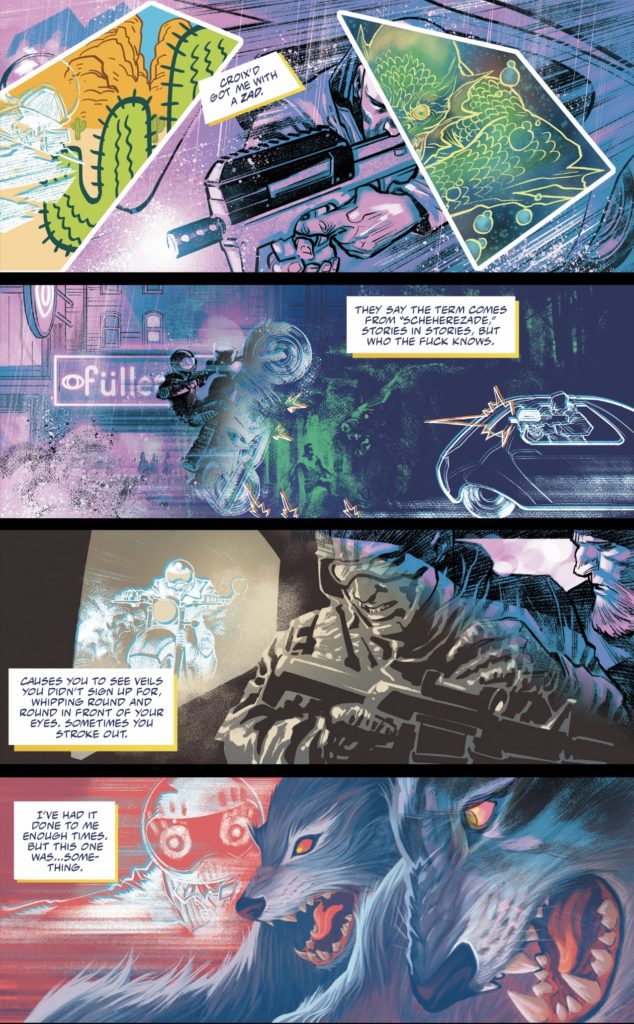 0:01-3:45: Greetings!  Jeff is psyched (out) about this episode for reasons unknown to him and Graeme. Is it because next week is a skip week? Because last week was a Drokk! but so much was happening it should’ve been a Wait, What? Because Jeff can’t count? All those reasons and more? Like Mary Skrenes’ and Steve Gerber’s original ending for Omega The Unknown, it shall probably remain a mystery forever.
3:45-30:15: With one enigma in place, Graeme goes for a second: “A week later—and this is not meant as a diss of DC Fandome at all—but (a) what do you remember about DC Fandome, and (b) does it really seem like something that you ‘re like, ‘well that’s something everybody was talking about after the fact?’ I mean, maybe The Batman trailer, but that feels like it.” And so, you know, let’s unpack that. Said unpacking includes Jeff feeling ooky about the Black Adam sneak peek; slightly less straight after watching Ezra Miller introduce The Flash sneak peek; Graeme recommending Doom Patrol and the joys of the third season; Robins #1 and the Monkey Prince oneshot on DCUI; and the Milestone Initiative, a talent development program. 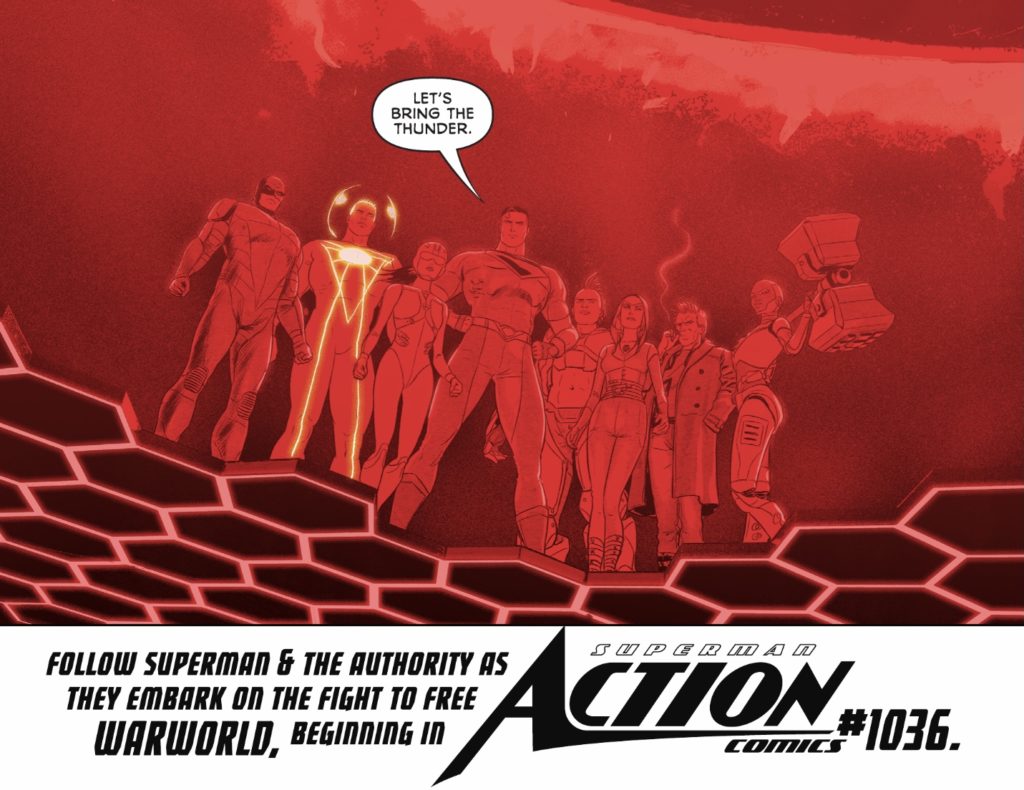 43:04-57:29: Graeme also did a re-read of all the Action Comics material since Future State which works much better when read all at once. This is of interest to Jeff, who quite liked Superman And The Authority, the four issue miniseries that ties in to the same storyline. Graeme, having read both, talks about the ties—some pretty tenuous—between the connected stories and their very different takes on the Man of Steel. Also discussed: the CBR interview with Morrison about the final issue of the miniseries; and more. 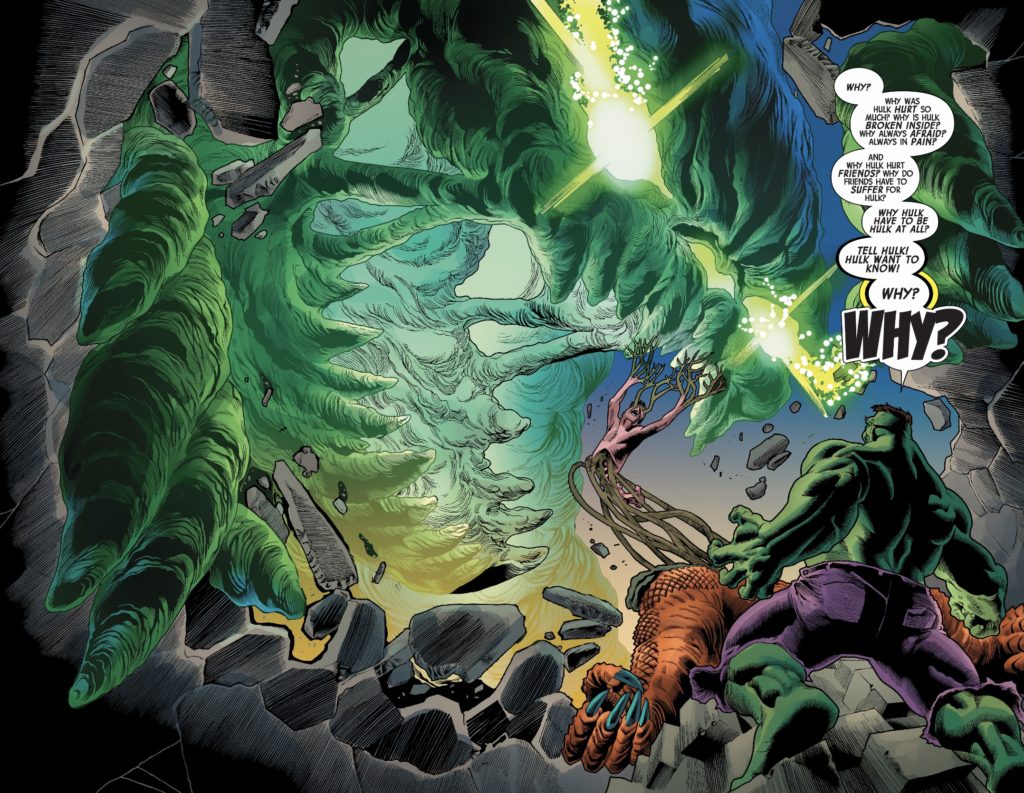 57:29-1:09:09: There’s a new She-Hulk series! And it sounds…kinda like most of the other She-Hulk series(es). Between that and the upcoming Donny Cates/Ryan Ottley run on Hulk, is Marvel just rolling back the status quo on the Hulk books? Well…probably. But Jeff, who *really* loved the finale of Immortal Hulk by Al Ewing, Joe Bennett, Ruy José, Bellardino Brabo and Paul Mounts wonder if rather than following Sinatra, it might be better to pivot? Also discussed: holy shit, that run of The Immortal Hulk! And yet…was the follow-up about it on social media very quiet? (Jeff admits to termsearching because some of the people he normally sees tweeting about comics didn’t mention it.). Graeme dropped off—more than once!—and came back, so we talk a bit about why people step away from good books, the two sides of Al Ewing’s work and how each side to each of us differently, and more.
1:09:09-1:40:57: Remember when Jeff favorably compared Jason Aaron’s Avengers run to Grant Morrison’s run on JLA? Well, the bloom’s off that rose, baby! And yet, it’s Graeme who sat down (for the…third time?) to re-read all of it and this time around? He…still doesn’t like it. SURPRISE! (But we also unpack a lot of stuff in that, be it who popularized the “never ending story” trick, the ‘disrespect’ of reading digital, and much, much more). 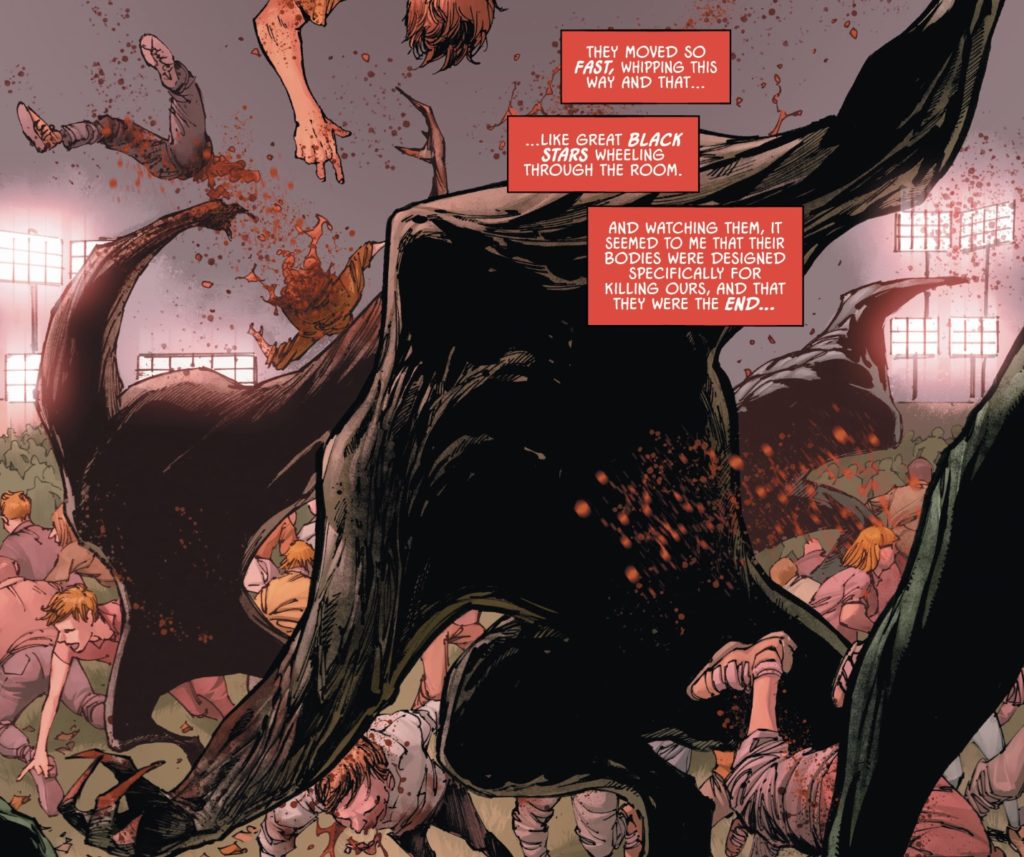 1:40:57-1:54:41: Jeff has been, as he puts it, “Restoring The Snyderverse” by reading the first issues of the three(!) titles Scott Snyder published this month through Comixology Unlimited (We Have Demons with Greg Capullo; Clear with Francis Manapul; and Night of the Ghoul with Francesco Francavilla) as well as the wrap up of the first arc of Snyder and Tony Daniel’s Nocterra. 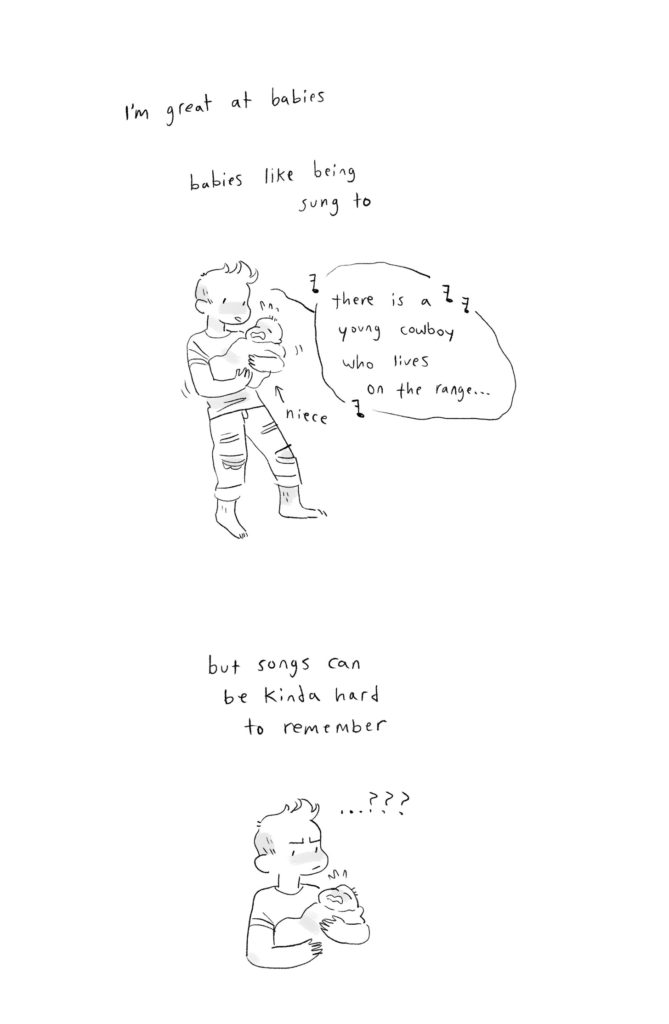 1:54:41-2:05:39: A substack joke inspires Graeme to talk about the free Substack newsletter of ND (formerly Noelle) Stevenson and the autobio comics posted there and how good they are. Sounds awesome, so you should do what Jeff did and go to imfineimfine.com and sign up for updates!
2:05:39-end: Closing Comments…or are they? Look for us on  Stitcher! Itunes! Instagram! Twitter together and separately: Graeme and Jeff! Tumblr, and  on Patreon where a wonderful group of people make this all possible, including Empress Audrey, Queen of the Galaxy, to whom we are especially grateful for her continuing support of this podcast.
Next week: Trick or Treat! Smell Our Feet! Join us again in about two weeks!