0:01-02:19:  Greetings from Graeme “Master of Time and Space” McMillan and Jeff “Insert Suggestion Here” Lester! Because it’s been three (or four!) weeks since our last podcast, we really do make it a point to speed through the small talk and get to…
02:19-1:07:39: CCXP!  Also known as Comic-Con Experience São Paolo!  Also known as the comic convention that might’ve ruined Graeme for all North American comic shows!  Pull up a chair and sit back as Graeme gives a very complete overview of the show he attended at the beginning of December in Brazil.  It’s a very complete overview of a fantastic show, and gives us opportunity to discuss what makes it such a successful show, what American shows can learn from it (and if they will)!  Also discussed: the 20+ minute Kevin Feige Experience; the rapture of Money Heist and the multimedia presentations; the Frank Quitely panel; whether cons “for” fans might be different from cons “for” pros; the joys of last minute and long-distance travel; going to war with Disney; freelancing duties while traveling; and much, much more in this hour-plus discussion. 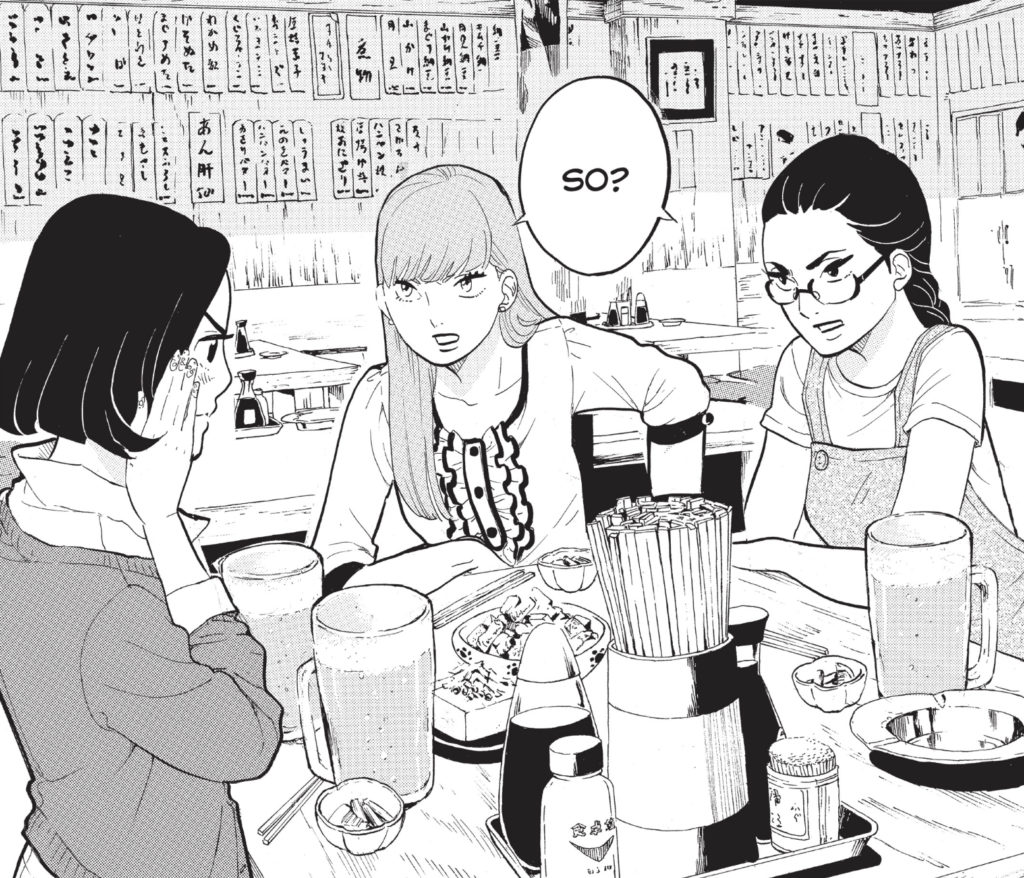 1:07:39-1:33:03: Speaking of Graeme’s freelancing work, he’s been tasked with preparing both Best of the Year and Best of the Decade lists.  In doing so, he realized there was a fatal shortcoming on his decade list—no manga!  So he asked on Twitter for recommendations, checked a lot of stuff out, and these are his reactions to what he’s read.  Discussed:  Delicious in Dungeon; Tokyo Tarareba Girls; One Piece; Goodnight Punpun; and more! 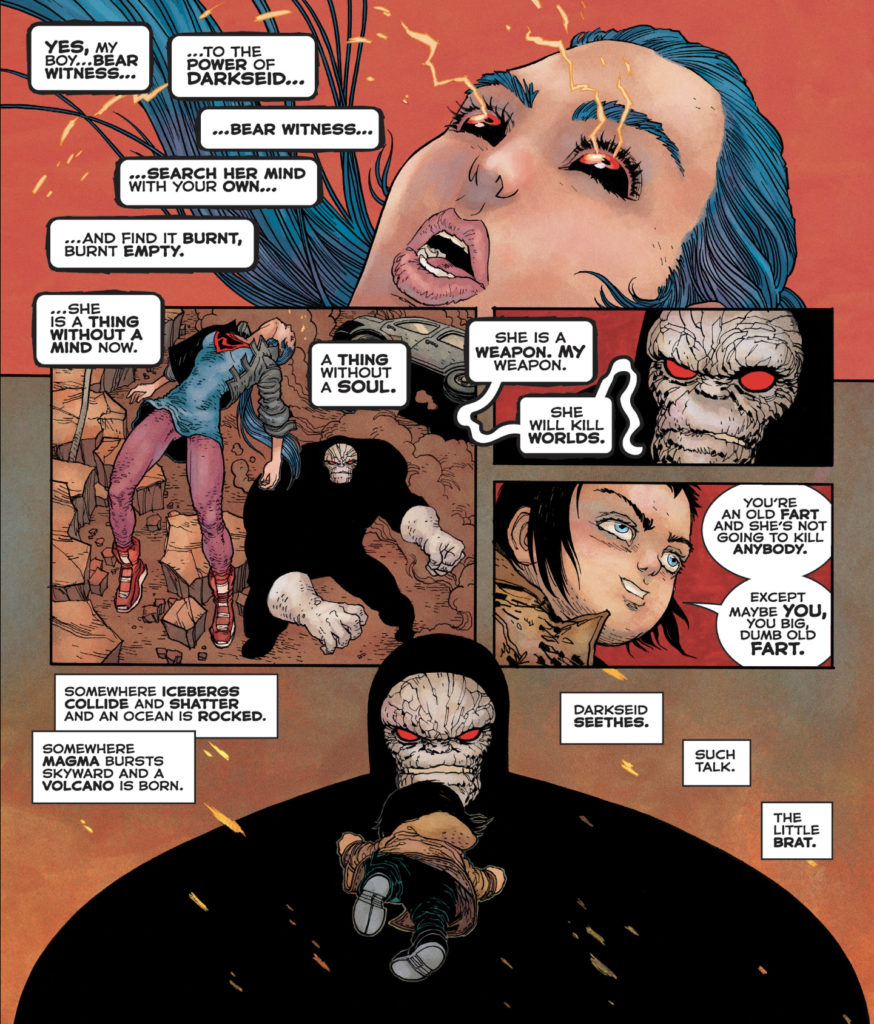 1:33:03-1:52:13: From manga of the decade to American comics from last week:  we both read Dark Knight: The Golden Child by Frank Miller, Rafael Grampá, and Jordie Bellaire (Jeff doing so after Graeme said good things about it on Twitter) and we both want to rave about it here.  It’s a….surprising book for a lot of reasons that we unpack here. Discussed: Kirby, Mantlo, mugged liberals, and much more. 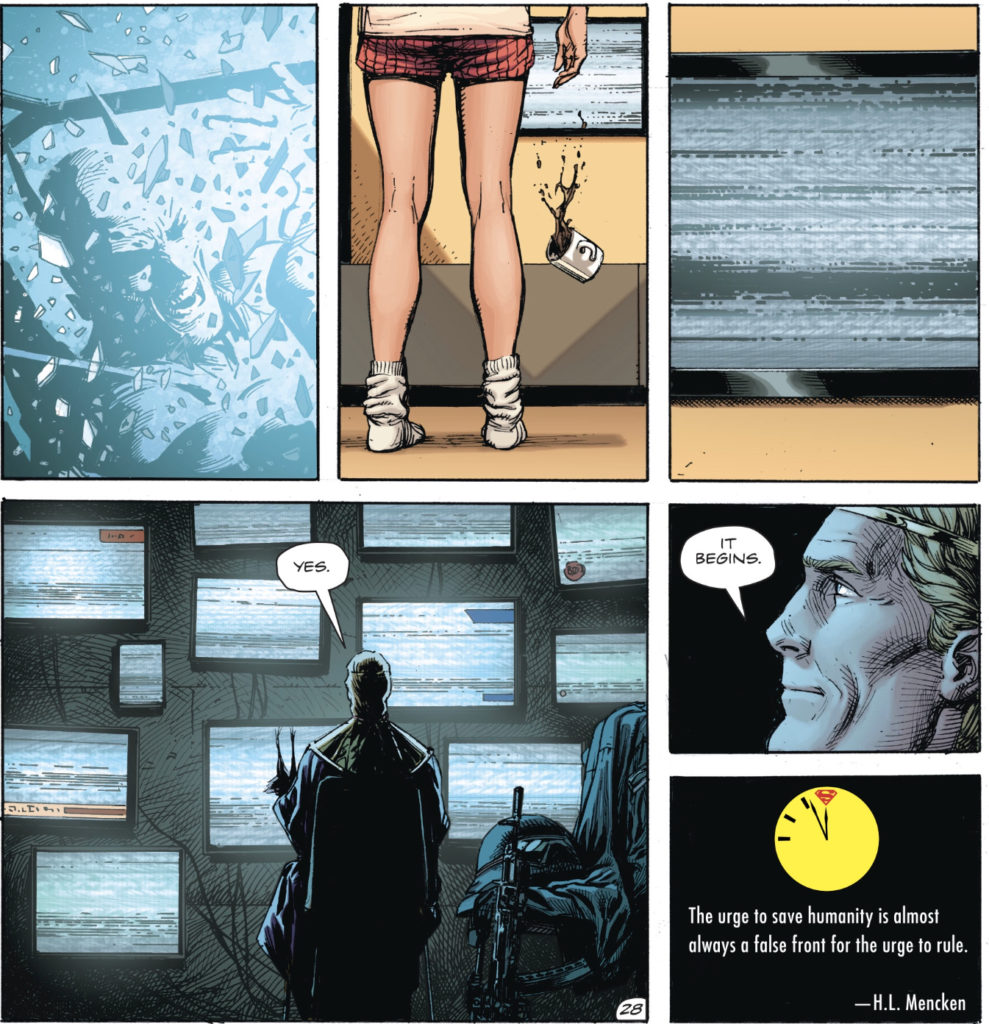 1:52:13-2:04:05: “I’m not going to say a lot about Doomsday Clock #12,” announces Graeme “Tease” McMillan, “but I am going to say this…”  Don’t worry, it’s spoiler-free, but it is a tantalizing set of impressions from Graeme.  Also discussed: the difference  between Watchmen the HBO series (also spoiler-free in our discussion) and Doomsday Clock; and more.
2:04:05-2:13:53: “You know, Graeme,” Jeff sez, “the really sad thing is we can’t just talk for six hours.”  Really, Jeff?  REALLY? Well, anyway, here are some of the things we talk about talking about if we had the time to talk about them: CBR meets the outsourcing content mill; Brian Bendis’s Superman issue called “Truth” about Superman revealing his identity, and the Superman issue called “Truth” about Superman revealing his identity that happened all the way back in, uh, 2015; The Wonder Twins: Activate collection by Mark Russell and Stephen Byrne; and more. 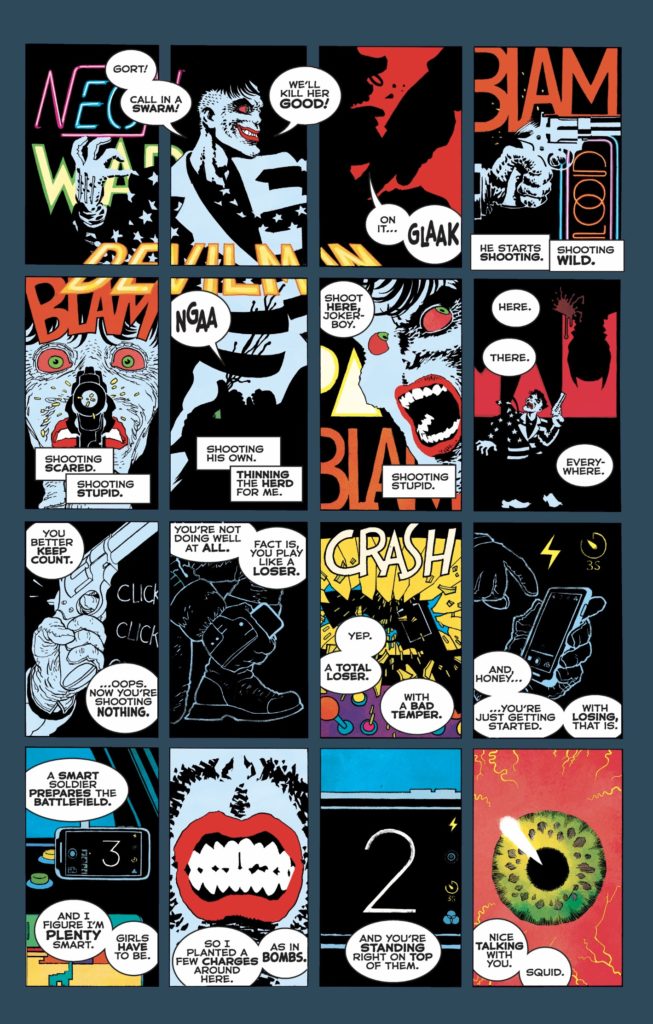 2:13:53-end:   Closing Comments!!  Look for us on  Stitcher! Itunes! Instagram! Twitter together and separately: Graeme and Jeff! Tumblr, and  on Patreon where a wonderful group of people make this all possible, including Empress Audrey, Queen of the Galaxy, to whom we are especially grateful for her continuing support of this podcast.  (Also, don’t forget about Spotify!)
Next week: Drokk, it’s time for Drokk!! Join us next week as we discuss Judge Dredd: The Complete Case Files Vol. 10!

http://theworkingdraft.com/media/podcasts2/WaitWhat235.mp3 Hey, there!  Welcome to Episode 235! Today, we have two hours and forty-five minutes of  quality comic book chit-chat for you!  Jeff reads his twitter interview with the talented and generous Gisele LaGace of…