00:00-3:05:  Greetings! It’s the penultimate Wait, What? (and next to next to the last episode) and Chloe Maveal has once again returned to grace Graeme and Jeff with tales and takes galore! (She just has to wait until Jeff can figure out who is whom. And what day it is.) 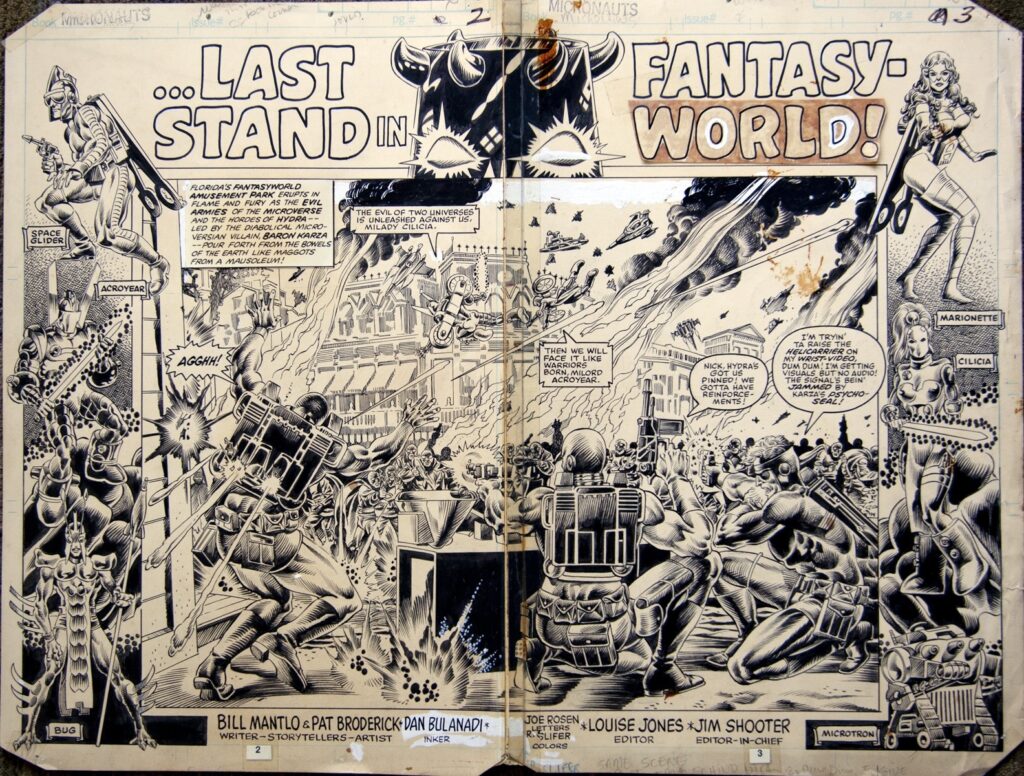 3:05-37:51: But once that’s sorted, we’re off to the races! And by “we,” I mean “Chloe” and by “the races,” I mean FanExpo San Francisco. Yes, it’s the first proper comics convention in San Francisco in some years but what exactly does that mean for S.F., and what was it like? Chloe breaks it down for us. Items discussed: Pat Broderick’s beard (vs. Jeff’s beard, for those keeping score at him); the mysterious allure (for some of us) of Lootcrate; Graeme’s dream commission; local identity and comics shows; the rise and fall of Sylvester Escalator and their hit albums Purple Burglar Alarm and Irish Wristwatch; and more!
37:51-51:43: Time for the Chloe and Graeme TV Recommendation! This time it’s two thumbs up for the infectious creepiness of A Friend of the Family, the season finale of Avenue 5; Slumberland, the Netflix movie “shockingly removed” from the source material (Little Nemo in Slumberland); The Northman; and an all-too-brief mention of Mystery Science Theater 3000; and more.

51:43-1:13:53: Comics time! Which is to say, even though we are not fully at the end of the year yet, Jeff has gone and made some little lists—how much has he spent on comics in 2022? How many titles? How many comics has he read? And in what format/source has he read them? If you like thinking about comics and the slow accretion of data into pivot tables of goofiness, this segment is for you! Also discussed: the difference between how Graeme and Jeff read comics; Graeme reading the entirety of the Superman Blue storyline on DCUI Ultra; and more.

1:13:53-1:43:11: A Taskmaster anecdote—the amazingly entertaining U.K. show, not the Marvel villain/antihero—leads to us revisiting the origin of the title of this very podcast, which somehow leads to a distressing obsession with a short-lived catchphrase from the ’70s (and ’90s!). Trivia trumps self-obsession: that’s the Wait, What? motto! (which is a shame because it looks terrible on a t-shirt.) Which leads, somehow, to our Spotify Wrapped lists and some choice words about music from Chloe. (Thom Yorke, maybe skip to the next segment?)

1:43:11-1:52:50: As was mentioned in a “still under embargo kind of way” the other episode, DCUI Ultra has now added *a ton* of Vertigo and Black Label books. (For real, like, *five thousand* of them.) Graeme’s question: now that they have, will that get Jeff reading DCUI Ultra more?
1:52:50-end: Closing comments! Stitcher! Itunes! Instagram! Twitter together and separately: Graeme (and not a Twitter: Graeme at Popverse!) and Jeff! Chloe, and also… Chloe! (And also…Chloe!!) Also: Tumblr, and  on Patreon where a wonderful group of people make this all possible, including Empress Audrey, Queen of the Galaxy, to whom we are especially grateful for her continuing support of this podcast.
NEXT WEEK:  Drokk, it’s Day of Chaos!