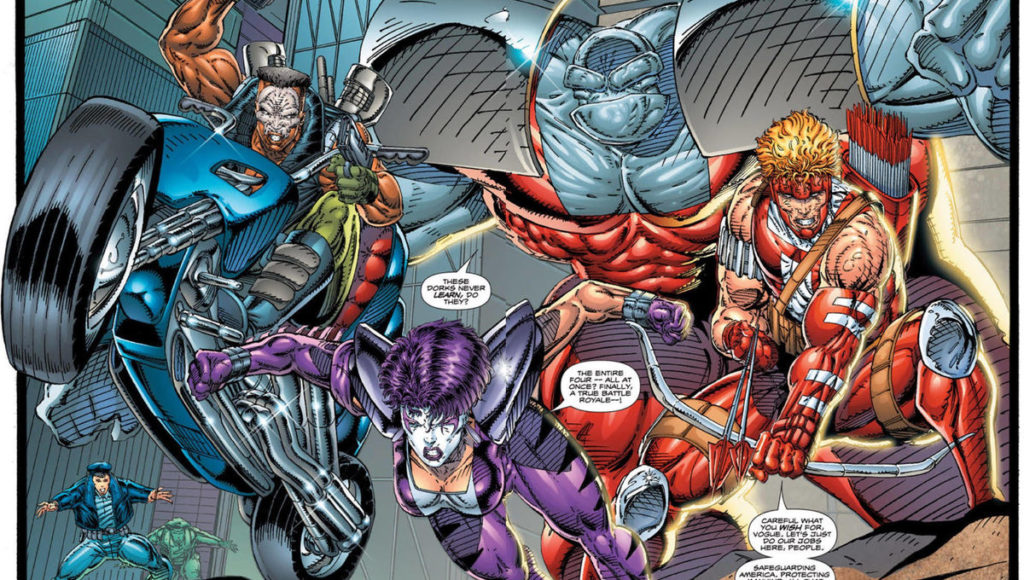 0:01-10:36:  Greetings from Graeme “Derry Girls” McMillan and Jeff “New Mic, Old Mac” Lester!  We hope you like our occasional forays into non-comic book talk, because that is definitely how we start out episode 276!  Like the smoothest of stones, we skip from Keyser Soze to Derry Girls to Hobbs & Shaw to one of your hosts moving to artisanal cobwebs in under two minutes.
10:36-22:26: But, hey, we do swerve back to comic news before too long, as we discuss a pretty interesting tidbit recently come to light:  Rob Liefeld doesn’t own the rights to Youngblood!  Weird, right?  And yet somehow true?  Also discussed: buying Comico, licensing Amazing Heroes, and more. 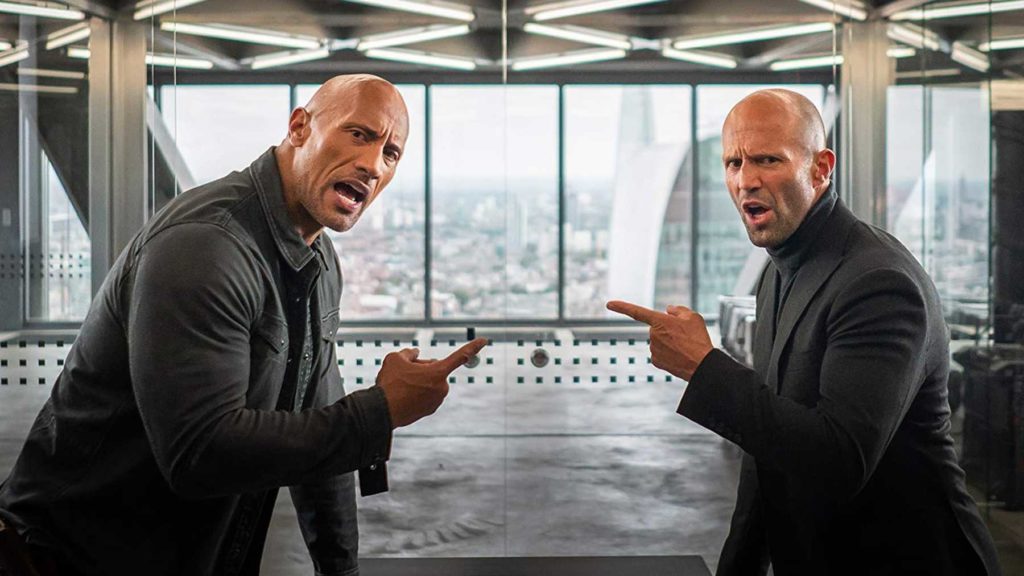 25:01-1:03:59: But since neither of us have seen Hobbs & Shaw, Jeff goes on to talk about Once Upon A Time…In Hollywood.  No spoilers, sorta?  (Depending on how well you know Tarantino films, we probably give away by what you can infer from our discussion.)  We talk about this problematic movie from this problematic auteur and Jeff’s thoughts and feelings about the movie being (surprise!) troubled (and probably problematic).  Also discussed:  Tarantino movies; feet; ER and X-Files; Buffy The Vampire Slayer and Joss Whedon’s new series, The Nevers; and Neil Gaiman’s work for Marvel. 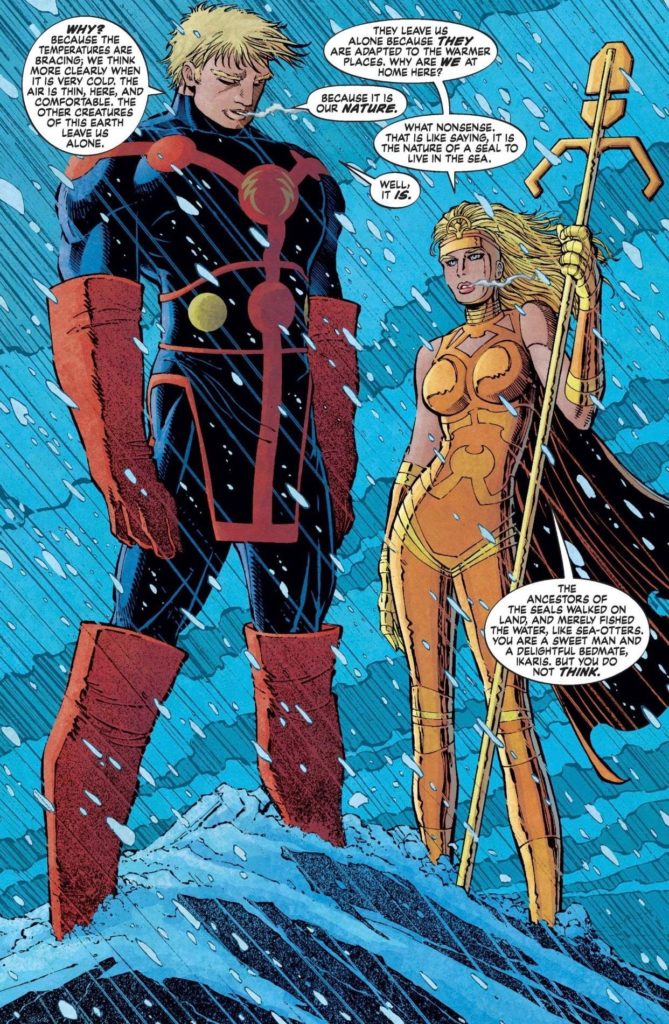 1:03:59-1:18:49:  Speaking of which, guess what Graeme just reread this last week?  No joke, it’s The Eternals by Neil Gaiman and John Romita, Jr.!  As you know, bagging on Neil Gaiman is like catnip for Jeff, but Graeme manages to get some good points in there.  Discussed;  the next phase of the Marvel Cinematic Universe and where The Eternals might help or hinder that; and more. 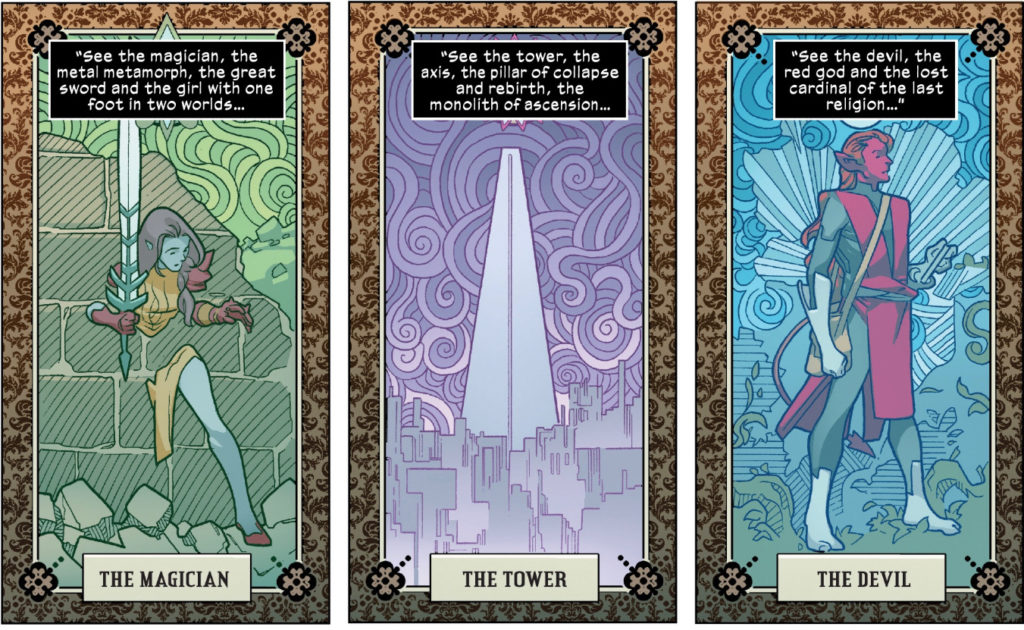 1:18:49-1:22:39:  Hey, that Powers of X #1 came out this week from Jonathan Hickman and R. B. Silva and it sure was something, wasn’t it?  We talk about how ambitious and crazy and impressive it was, and what ends up exciting comics readers, Paul O’Brien doing annotations for House of X and Powers of X (yay!!!); and more. 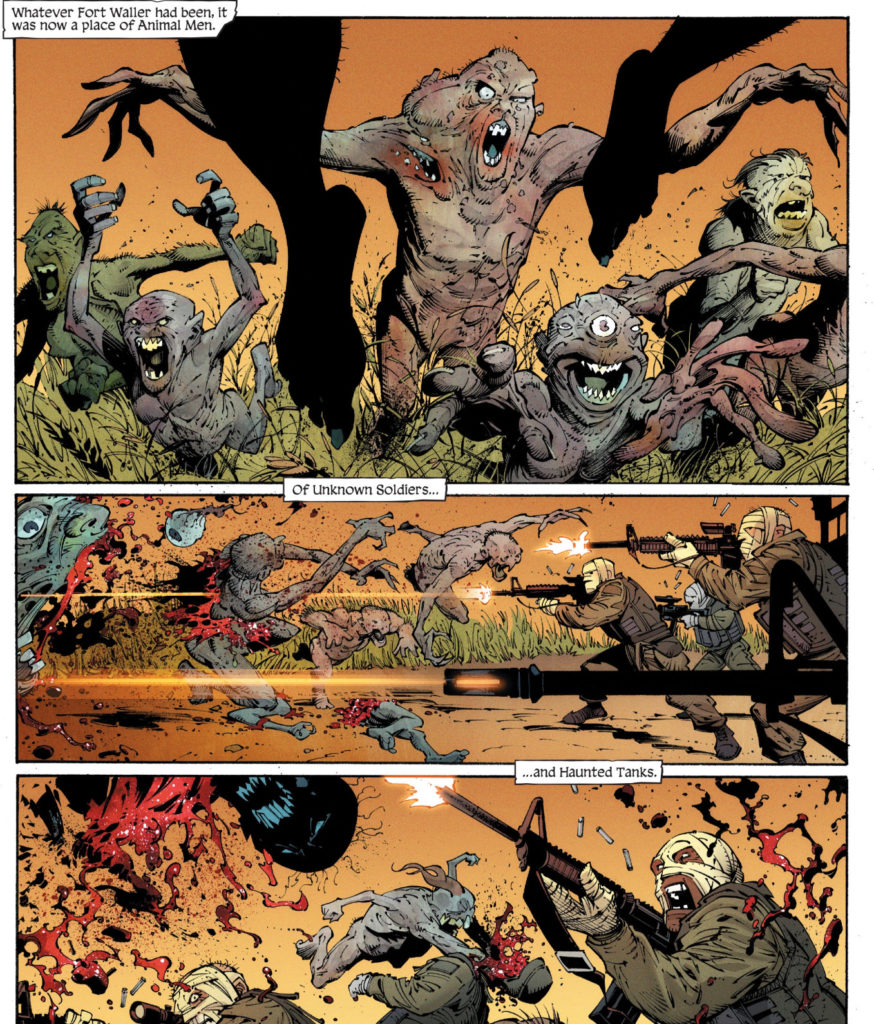 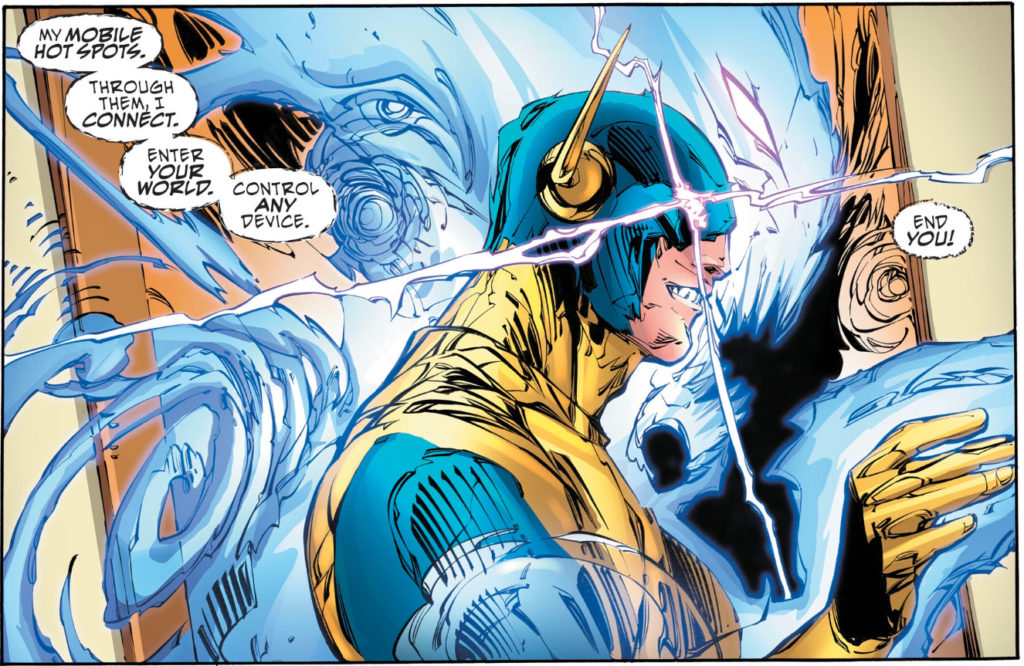 1:29:26-1:44:51: Two hits and then a stunning miss:  The Green Lantern Annual #1 by Grant Morrison and Giuseppe Camuncoli. It’s not our cup of tea, in no small part because it’s terrible. 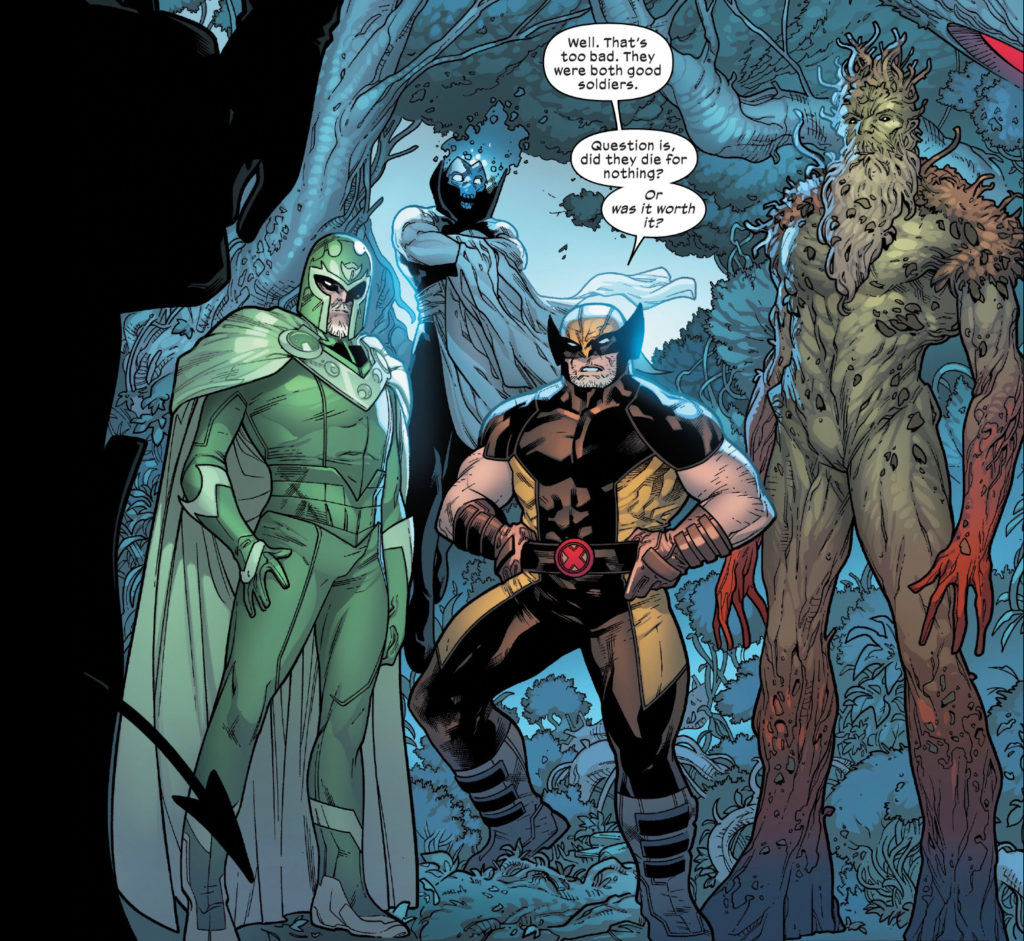 1:44:51-1:52:28: We circle back to Powers of X #1 because, as we were saying earlier, it sure was something!  We talk more about what that something is, and we debate whether or not we can really talk full-on spoilers or not?  Graeme talks a few things that may or may not be spoilers, depending on how things turn out.  We kick in with this at theory at 1:49:01 and it only lasts for a few minutes and is really just spoilery theories, I guess? 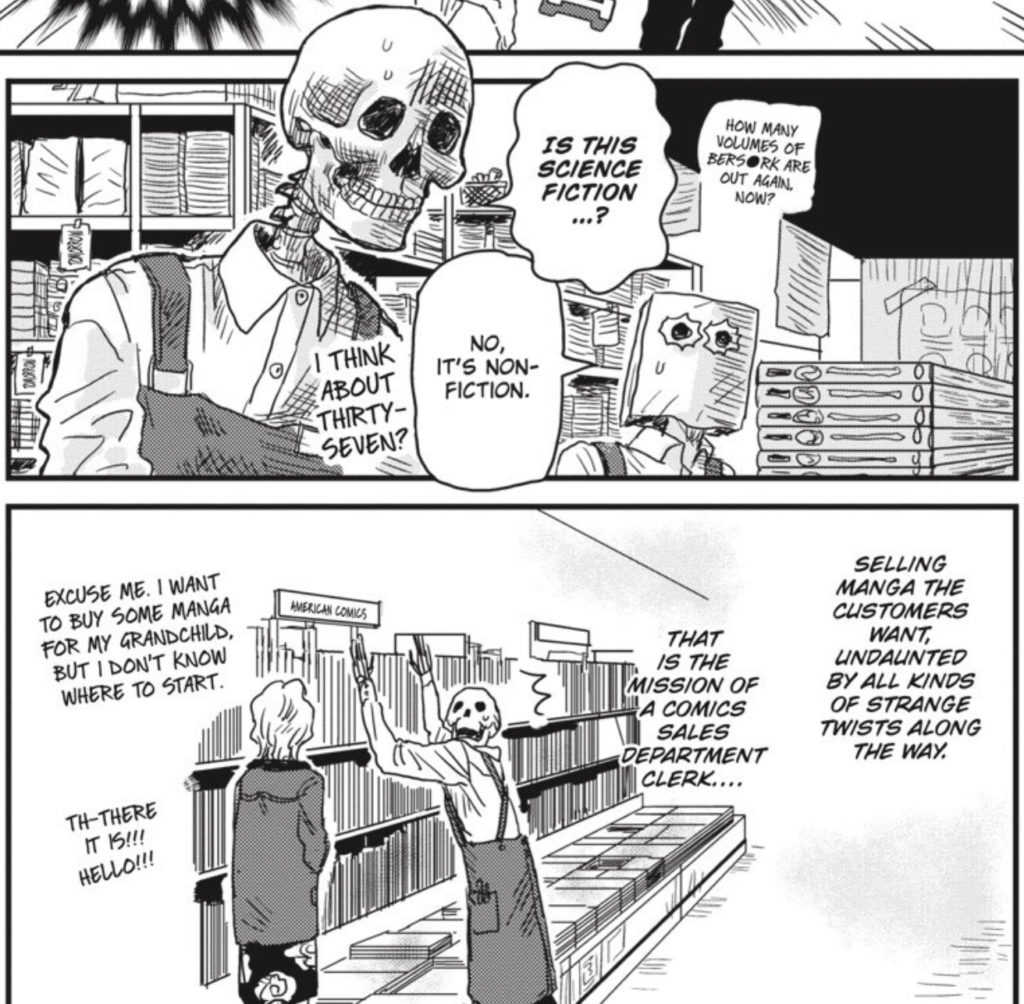 1:52:28-1:56:46:  Also impossible to  spoil is Skull-Face Bookseller Honda-san, a very goofy little book by Shingo Honda about the trials and tribulations of working in the manga section of a Japanese bookstore and dealing with, among other things, westerners needing help finding their disquieting manga selections? 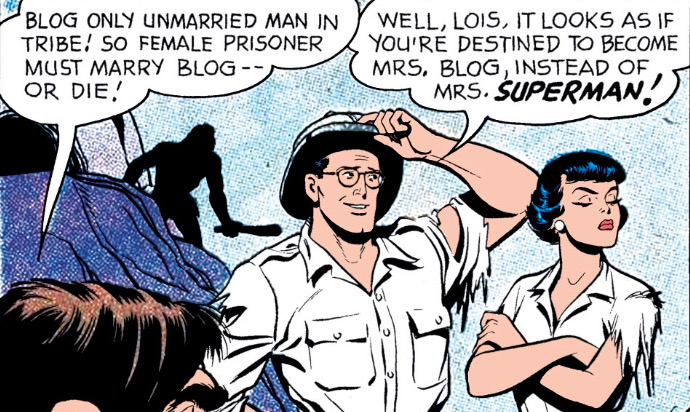 1:56:46-2:03:37: One of the ongoing joys of DC Universe for Jeff is that more often than not every week they upload an issue of Superman’s Girlfriend, Lois Lane #9, featuring Pat Boone.
2:03:37-2:07:44: Speaking of DCUniverse, Jeff has *finally* checked out Doom Patrol right?  Well, wrong.  Here more about his self-defeating TV choices.  We also have a fast update about Graeme’s read of The Boys and how it reflects on the TV show.
2:07:44-end:  Closing comments!  Look for us on  Stitcher! Itunes! Instagram! Twitter together and separately: Graeme and Jeff! Matt! Tumblr, and  on Patreon where a wonderful group of people make this all possible, including Empress Audrey, Queen of the Galaxy, to whom we are especially grateful for her continuing support of this podcast.  (Also, don’t forget about Spotify!)
Next week:  STEVE ENGLEHART