Hey, everyone—Jeff here.  My apologies for show notes on the truncated side of things this time around:  as alluded to in this ep., I’m kinda running around in all directions this week (hence the video above) for good reasons I hope to explain one day (before the end of the year?).  For now, I hope you’ll be able to get by on the shownotes below and your just-about-weekly dose of Graeme and me fussin’ and feudin’ comic book style!

0:01-13:49:  Greetings from Graeme “Sound of The Underground” McMillan and Jeff “Coasting” Lester! We’ve had a day, and Graeme has had a week, a week filled with situations like the one he goes on to describe involving some very good thoughts about working hard, and some very silly interjections from Jeff.

13:49-27:29:  Because we were engaging in some gossipy bitchery, Jeff felt compelled to mention how much he enjoyed Mr. Sinister in the latest issue of Powers of X by Jonathan Hickman, R.B. Silva and Marte Gracia. And Jeff also enjoyed Gwenpool Strikes Back #2 by Leah Williams, David Baldeon, Jesus Aburtov, and Batman #78 by Tom King, Clay Mann, and Tomeu Morey. There may or may not be spoilers for the City of Bane storyline, depending on how things go? And there’s definitely discussion about whether DC will have a reboot, and where it’ll come from.
27:29-35:29:  Remember last week’s discussion of Doomsday Clock?  It’s back, kinda, because Graeme re-read the first eleven issues of Doomsday Clock by Geoff Johns, Gary Frank, and Brad Anderson.  Also discussed: landing the ending; how many copies of Watchmen Graeme owns; and more.
35:29-42:19:  To prove that we are lovers as well as haters, Jeff asks Graeme about Graeme’s tweet asking what Marvel and DC books are being slept on:

And there was also this lovely little thread by Gail Simone on Twitter re: 25 great things about being a comics professional:

There are a lot of wonderful things about being a comic writer. I’m going to list some, then I’m going to say the one that means the most to me.

2) When the color makes it pop even more. 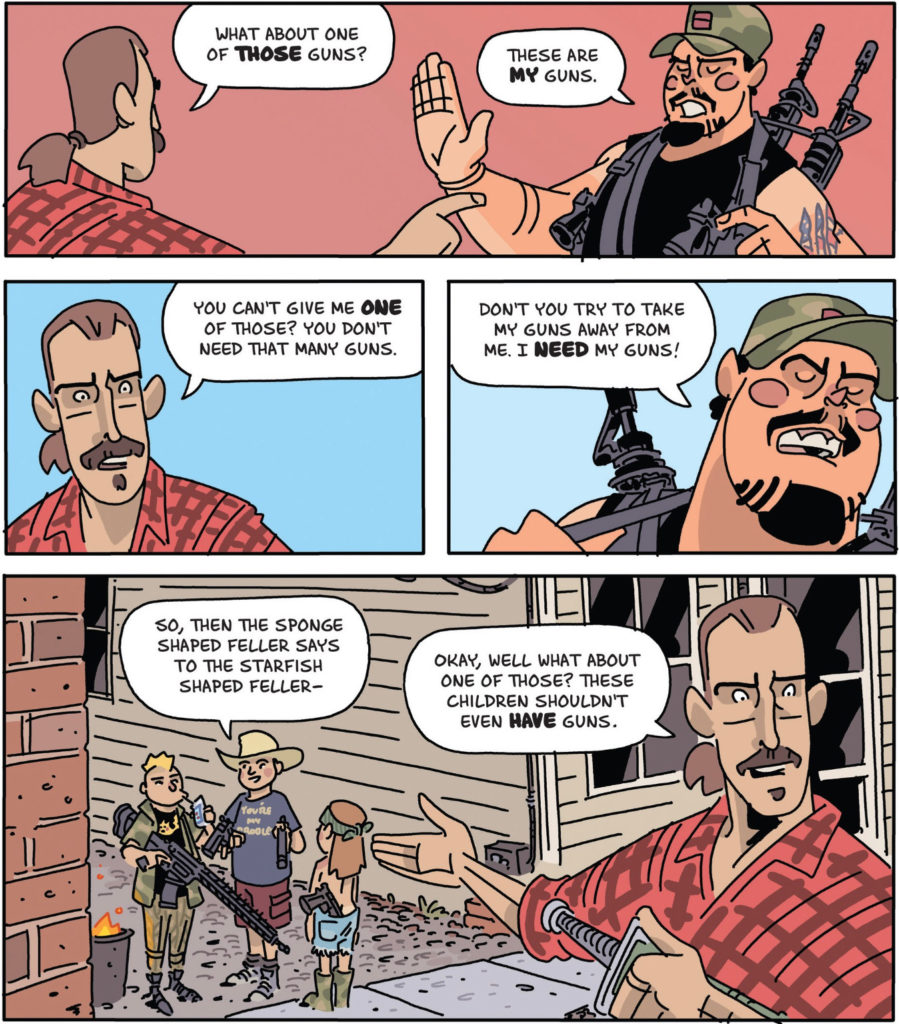 42:19-51:07:  As long as we’re  talking about the good shit, both Jeff and Graeme read the five issue run on Mars Attacks by Kyle Starks, Chris Schweitzer, and Liz Trice Schweitzer.  Starks has said that this storyline is one of the best things he’s done and we’re compelled to second that. Jeff compares and contrasts it with Mars Attacks Popeye from a few years back with *tremendous* Popeye art by Terry Beatty. 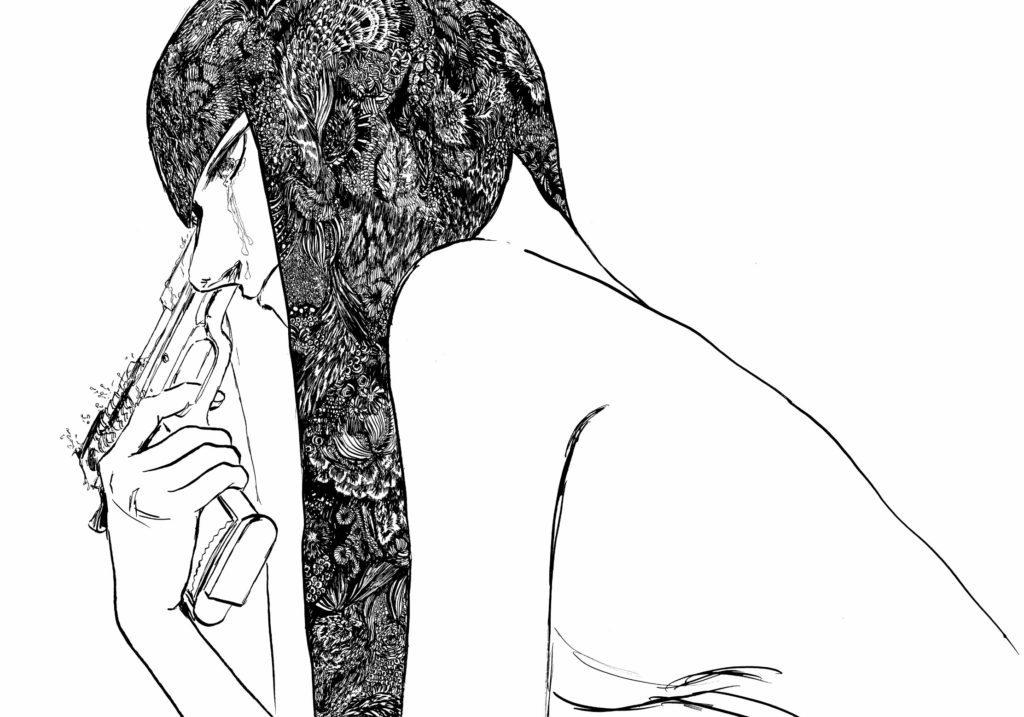 51:07-57:09: Thanks to the tweets of the talented Sarah Horrocks, Jeff was turned on to the first issue of Ryuko by Eldo Yoshimizu.  Graeme likes what he sees from the previews, and Jeff loved the brio of the art and the expressionistic storytelling. Great stuff.

57:09-1:12:23: And speaking of great stuff, holy cow, Batman Universe #3 by Brian Michael Bendis, Nick Derington, and Dave Stewart.  The cartooning, the coloring, and the fun of BMB’s scripting of this makes this one of our DC faves. 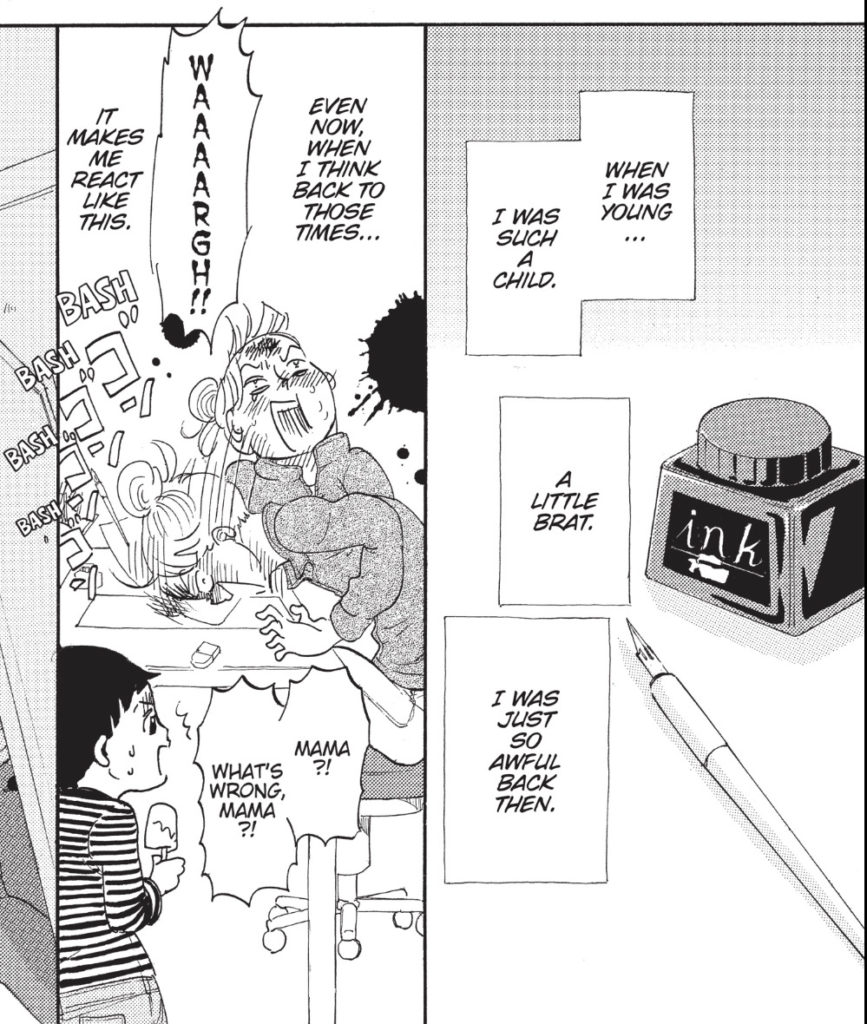 1:12:23-1:17:07: Another book Jeff has all the feels for:  volume 2 of Blank Canvas: My So-Called Artist’s Journey by Akiko Higashimura, which was just released in English by Seven Seas.  Higashimura is better known as the creator of the popular Princess Jellyfish but the first two volumes rocked Jeff’s world and as he says here and elsewhere is fantastic reading for anyone who’s tried to become an artist. 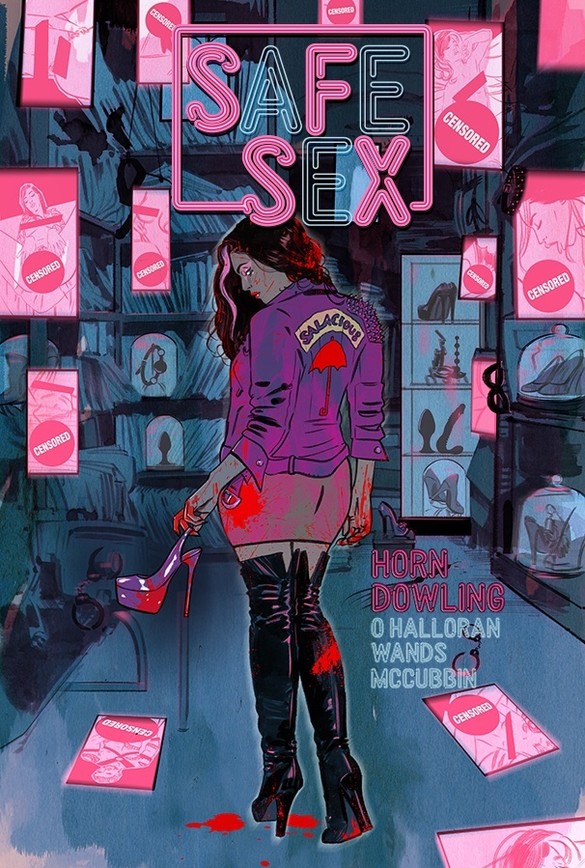 1:17:07-1:20:18:  Graeme re-read the first two issues of  SFSX (Safe Sex) by Tina Horn and Michael Dowling, the book that was supposed to be launched as part of Vertigo’s legendary Last Wave but is now coming out soon from Image.  Graeme definitely recommends not just the book on the first issue alone as the one-two punch is part of what sold him, as did Tina Horn’s straight-up awesomeness and the fact that, as he puts it, “it feels like a book that needs to be out there.” 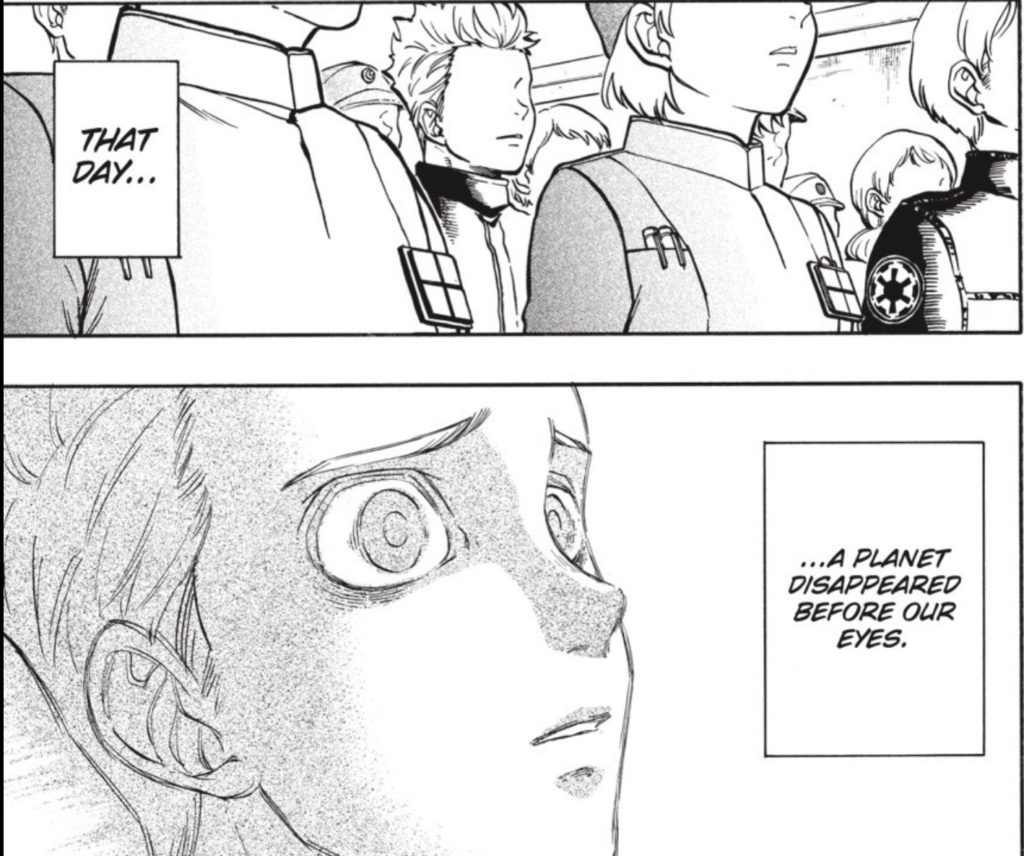 1:20:18-1:32:50: And Jeff is going to mention that he digs the second volume of romance novel turned manga, Star Wars: Lost Stars by Claudia Gray and Yusaku Komiyama. He also talks about Star Wars in a Japanese context and how nicely Komiyama’s adaptation fits into that.  We also talk about the current crop of American Star Wars comics, and Kieron Gillen’s recent run with Salvador Larroca there.
1:32:50-2:05:00: Speaking of Marvel and licensed properties, Graeme has a question for Jeff—why is Marvel doing a Conan/Moon Knight event, called Serpent War.  (With Solomon Kane! And Dark Agnes!  And also…Dark Agnes?)  But in order to dig into that, we look briefly at the recent sales figures and trends in the marketplace.  Pick a side in the battle between Dear Justice League Truthers vs. Conan Truthers, cue up Pump Up The Volume, and wade into the melee!
2:05:00-end: Closing comments!  Look for us on  Stitcher! Itunes! Instagram! Twitter together and separately: Graeme and Jeff! Tumblr, and  on Patreon where a wonderful group of people make this all possible, including Empress Audrey, Queen of the Galaxy, to whom we are especially grateful for her continuing support of this podcast.  (Also, don’t forget about Spotify!)
Next week:  Skip week, but join us in two weeks for Drokk!!