0:01-6:31:  Greetings from Graeme “Burping” McMillan and Jeff “Probably Talking” Lester! It’s been a couple of weeks so we’re starting off slow(er than usual).  For example:  did you know Graeme rewatched Rocketman?  Could you have guessed Jeff would have some opinions about Rocketman?
6:31-19:21: Since Graeme admitted watching Rocketman on his flight back from New York Comic-Con, and Jeff, being an equal and opposite member of a comic book podcast, feels compelled to ask:  how was the flight?  (Just kidding, he asked about NYCC.)  Discussed:  NYCC, particularly from the point of view of an overworked entertainment industry reporter.
19:21-29:36: Arguably the big story to come out of NYCC is the news about DC’s timeline that came out at the DC Nation panel.  Graeme covers how that came about, and also touches on the other news stories to come out of the Con (such as Iron Man 2020, G. Willow Wilson taking over The Dreaming, Ruins of Ravencroft, etc.) 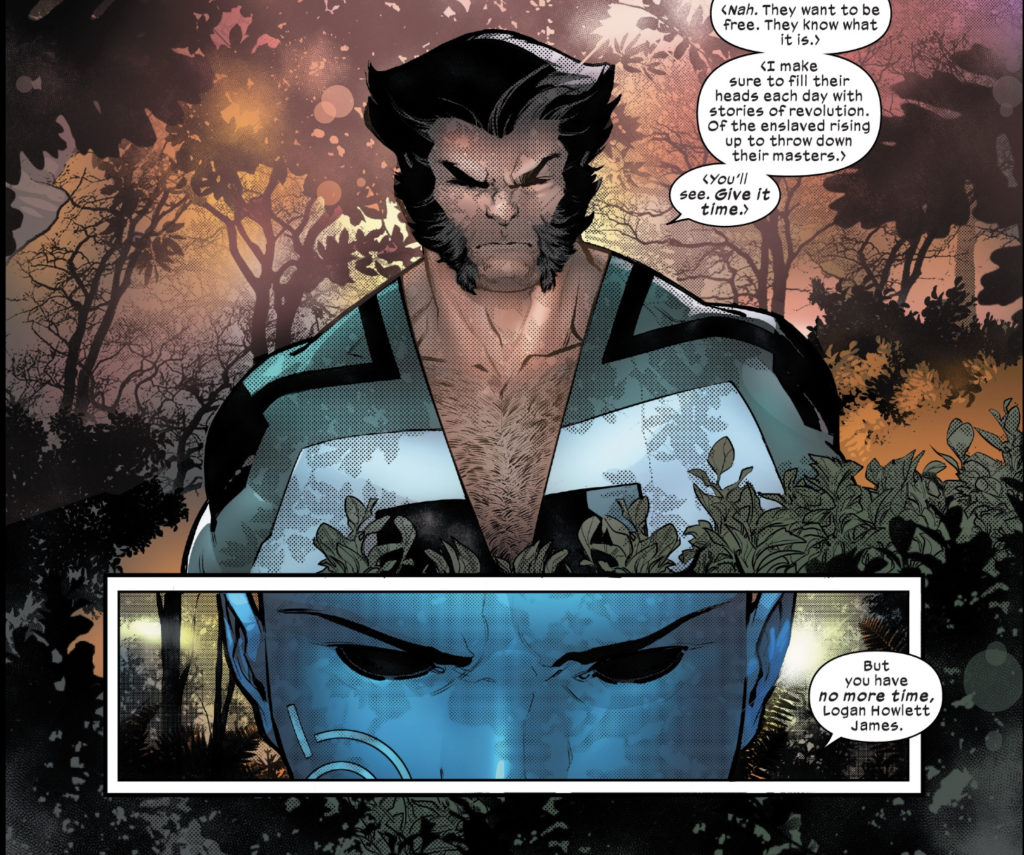 29:36-1:01:13: At a certain point, we segue from people being disappointed at how there weren’t more new X-titles announced at NYCC to talking about the end of House of X/Powers of X.  Spoilers?  Well, yes, I think that would be fair to assume… 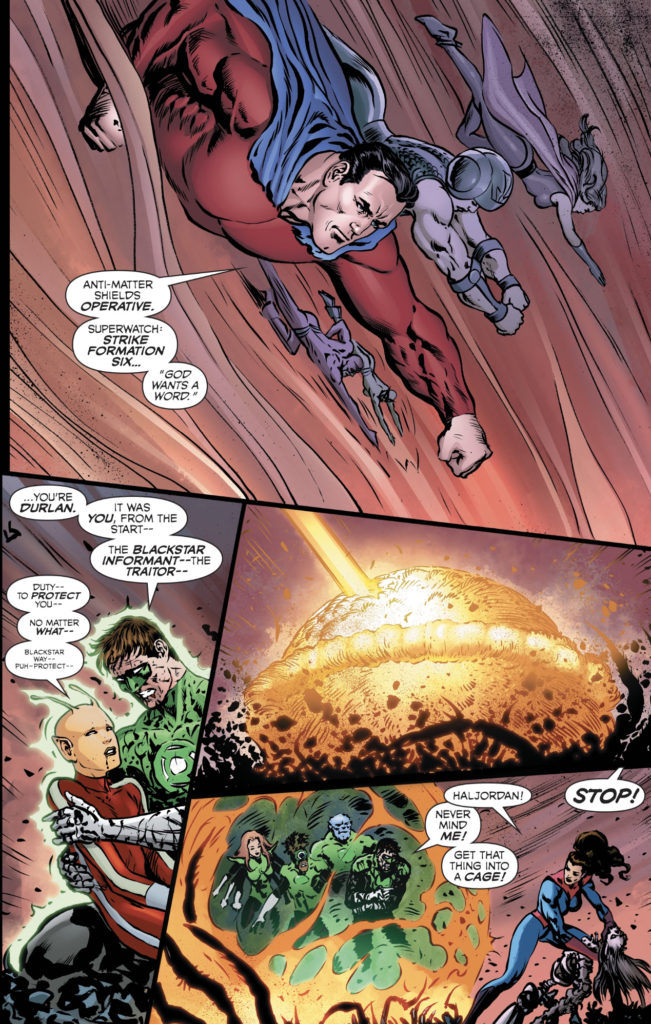 1:01:13-1:13:08:  The Green Lantern also wrapped up its first season around the same time as HoxPox with issue #12, and Jeff was curious if Graeme had read it.  How the hell is a lovely book with an amazing artist and a superstar writer something so easily summed up by Graeme as “yeah, that’s a comic that happened?”  Also discussed: what happened to the spectrum lantern corps?
1:13:08-1:19:28:  How worried should we be when Jeff starts “worrying” about a comic writer? (It doesn’t always turn out well for Jeff, if nothing else!) Here, he worries about Geoff Johns’ legacy at DC?  Is it being ignored? Actively erased?  Discussed: Doomsday Clock and is it not a big deal anymore for DC?  And what does Siri think about it? 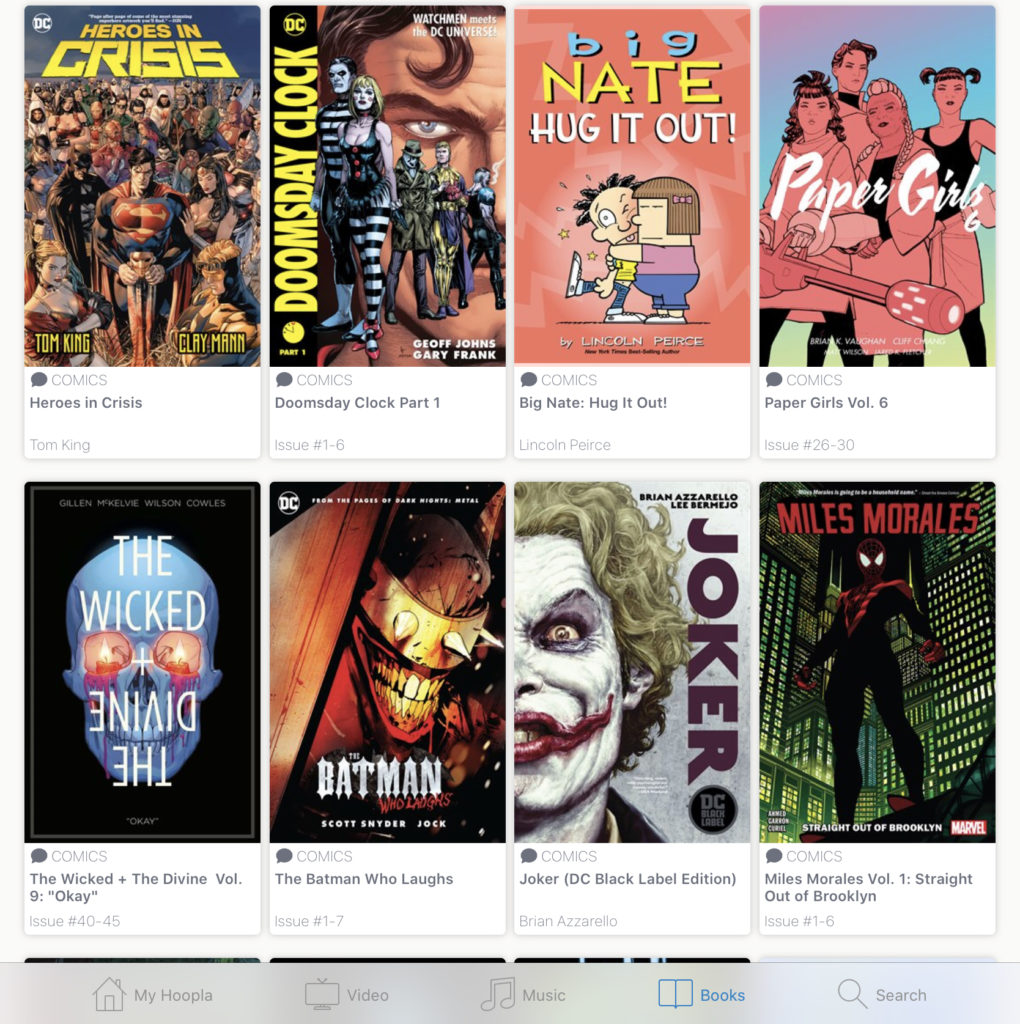 1:19:28-1:30:57: Speaking of Doomsday Clock, those of you interested in reading it without buying it *but* wanting to be legal and legit may want to check out Hoopla, where the first collection hit more or less on day of release.  And although this is the point where you think Jeff is mentioning this as a recommendation for more Whatnauts to look into Hoopla—and it is!—it is also a segue so that Jeff can talk about the Heroes In Crisis collection which he just read, in part based on Graeme’s recent post about it, and wishes to “discuss” it with Graeme (“discuss” apparently being code for “fight about”?)
1:30:57-1:40:41: “DC is all over the place,” Jeff declares, “I’m not paying really attention to Marvel except when they put Conan in something…which means I’m going to be paying a lot more attention to Marvel because apparently they’re putting Conan in everything.”  This leads Graeme to start talking about how Marvel has something for everyone considering they’re currently publishing 125 titles, but walking that back to point out Moon Girl and Devil Dinosaur and Unbeatable Squirrel Girl are getting canceled.  But at the same time they’ve announced deals with Scholastic for middle grade books.  They appear to be really upping the amount of titles they publish while at the same time narrowing the range of what they publish.  Also discussed: what is on Jeff’s comic subscription list? 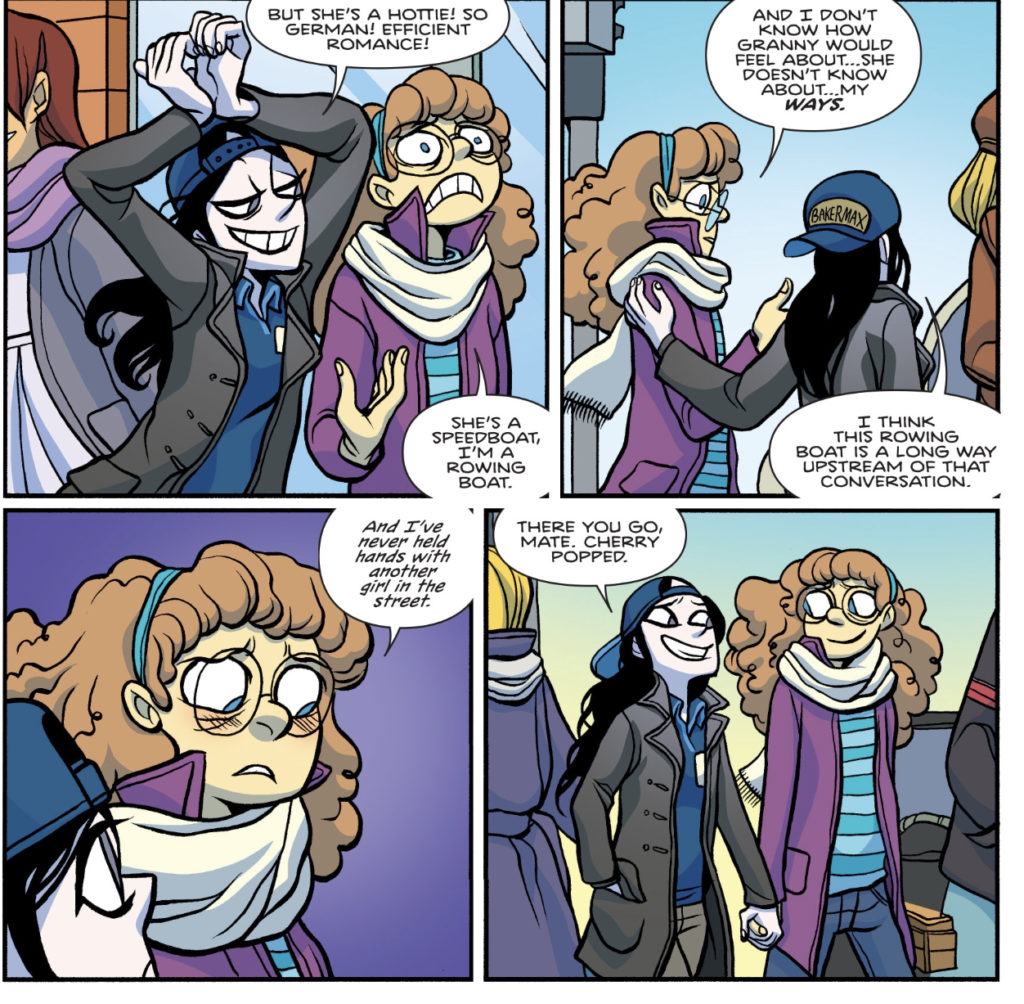 1:40:41-1:45:53: Part of why we’re talking about Jeff’s sub list is because Jeff is trying *really* hard to put himself on a budget and how that works when it comes to comic books.  In theory, considering he subscribes to Marvel Unlimited, DC Universe, Comixology Unlimited, and has access to Hoopla, how hard does he really have to work to read good comics without spending any (more) money?  (Part of why this comes up is Jeff has been power-bingeing Giant Days off CU and *loving* it.) 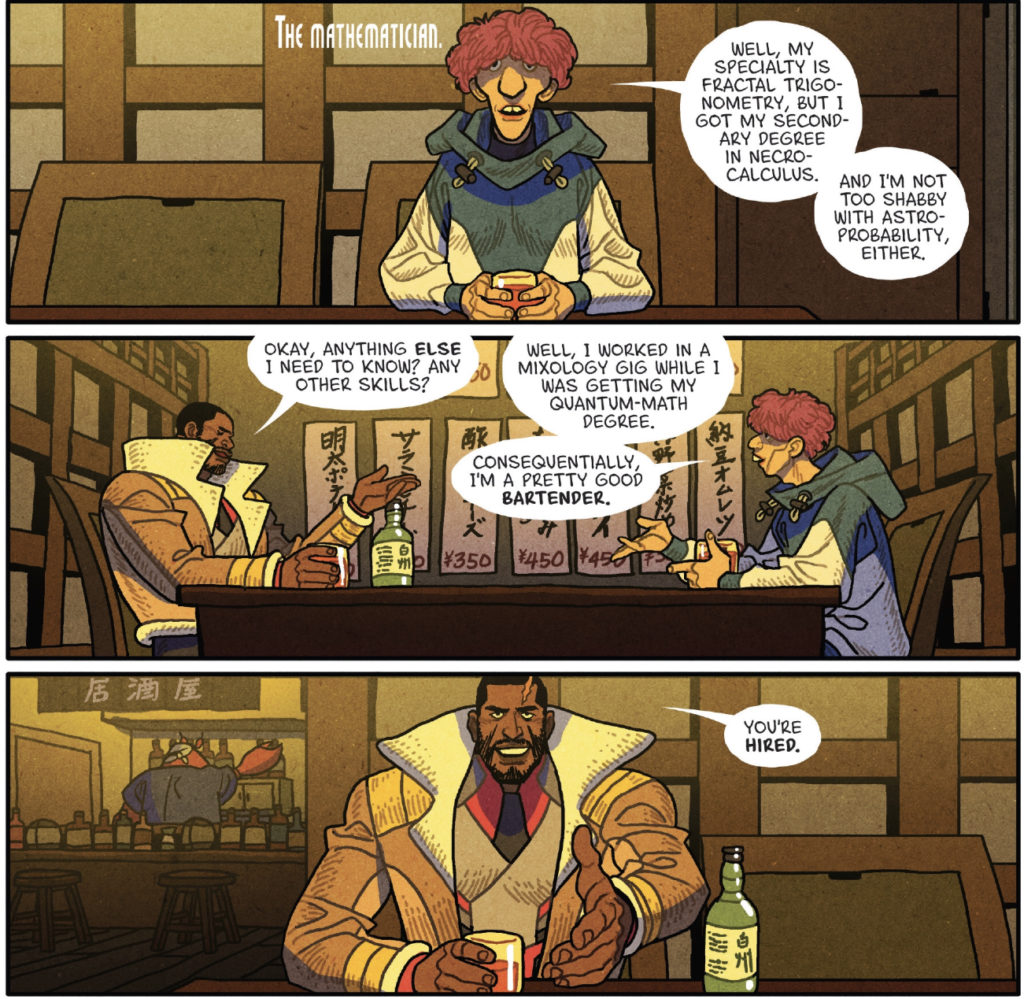 1:45:53-1:54:33: And! Just as Jeff is bingeing Comixology Unlimited with Giant Days because of Graeme’s continued recommendations of it, Graeme read the first trade of Outer Darkness on Hoopla because of Jeff’s recommendation!
1:54:33-2:08:29: “I just love old Star Trek comics,” Graeme admits, before going on to talk about two very different graphic novels (different from Star Trek comics, anyway): Laura Dean Keeps Breaking Up With Me by Mariko Tamaki and Rosemary Valero-O’Connell, and The Hard Tomorrow by the mighty Eleanor Davis. Also discussed:  our pending top ten lists for 2019.
2:08:29-2:15:19: A discussion of what we’ve read recently on digital pivots away  from Jeff being unable to tell time (Major X #1 came out six months ago?) to, as Graeme brilliantly puts it, the “‘Rob Liefeld threatens to sue Marvel’ part of the news cycle.”  As tempting as it was to cut the “Graeme scrolls through Rob’s Twitter feed while complaining he can’t find the tweet” and save it for what doubtlessly would’ve become a coveted Patreon extra, we decided instead to just boil it down to its richest parts for everyone.  Take that, late stage capitalism!
2:15:19-end: Closing comments!  Look for us on  Stitcher! Itunes! Instagram! Twitter together and separately: Graeme and Jeff! Tumblr, and  on Patreon where a wonderful group of people make this all possible, including Empress Audrey, Queen of the Galaxy, to whom we are especially grateful for her continuing support of this podcast.  (Also, don’t forget about Spotify!)
Next week: Episode 281!!