0:01-8:20: Greetings!  Indulge us a few minutes of levity as we discuss Graeme’s middle name?  It’s a conversation that was probably long overdue, and also probably very much needed before we steer into some much darker waters. Listening to this now while editing, I am so, so, so grateful for this opening.  I understand if you don’t feel the same. 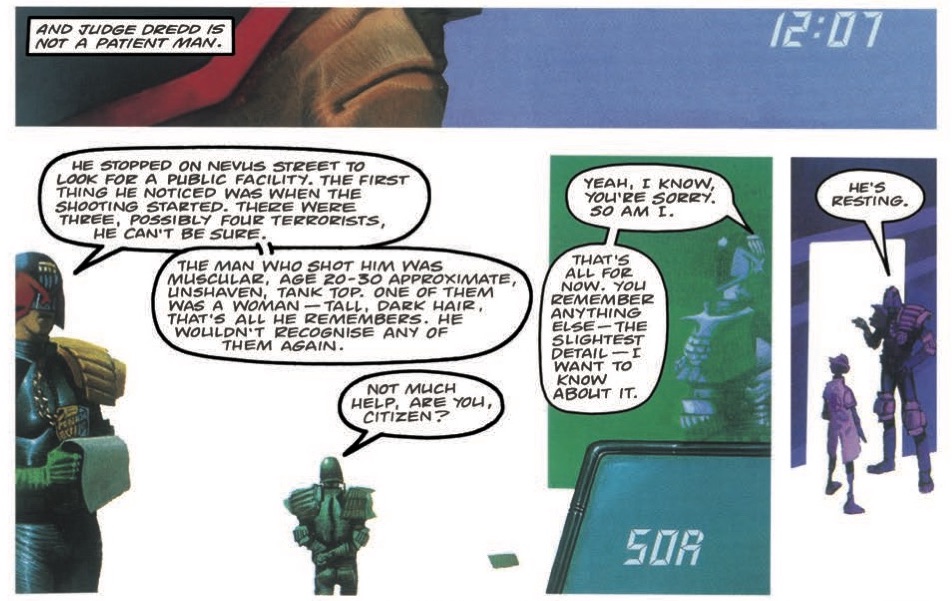 8:20-14:18: Because we have, as Graeme perfectly puts a lot of “fucking bullshit” ahead of us, we need to focus on the positive, we talk about (a) how great the commenters have been our Drokk posts, (b) the upcoming excellent-sounding America: Lost and Found—The Rediscovered Scripts being released by 2000AD at the end of September. 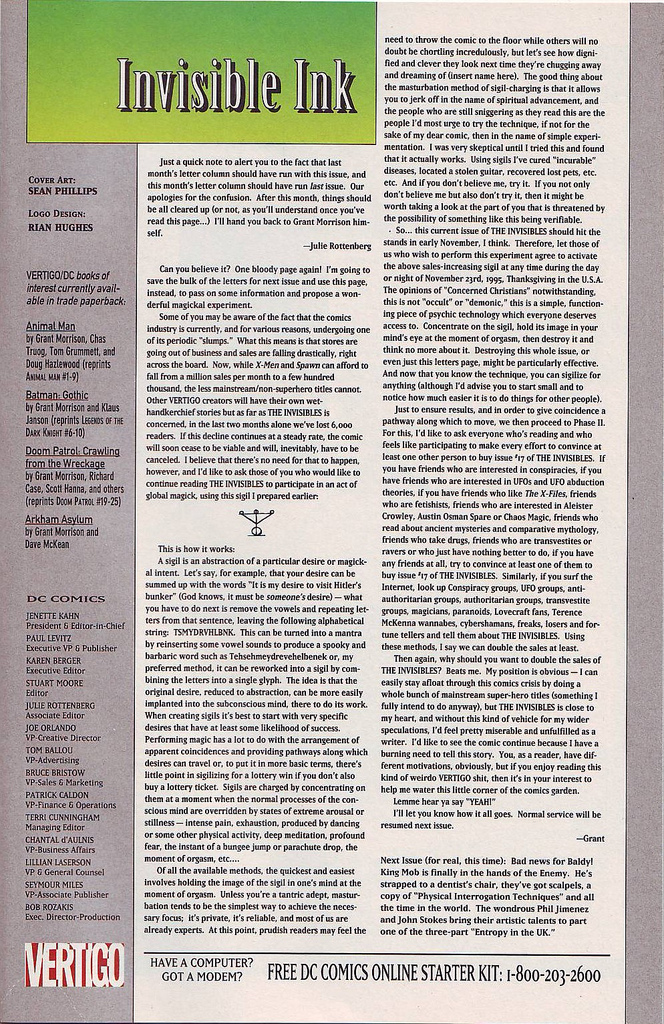 14:18-32:17: And, instead of jamming what we’re reading after the news, we instead decide to discuss  what we’ve been reading.  (I have to say, it is weird how much of this ends up fitting in thematically with the episode.)  First up, Graeme discusses Gerard Jones’ run on Justice League Europe and Green Lantern.  And, around 20:16, Graeme talks a bit about the whole package of comics and how much we miss that (and by “that,” we mean mostly but far from exclusively the letters pages). And we discuss some of the highlights of letter columns (The Invisibles, Preacher) and maybe if we  feel that material didn’t age well due to the lack of those columns in their trades. Also discussed: current letter columns we track, essays and comics backmatter, and more. 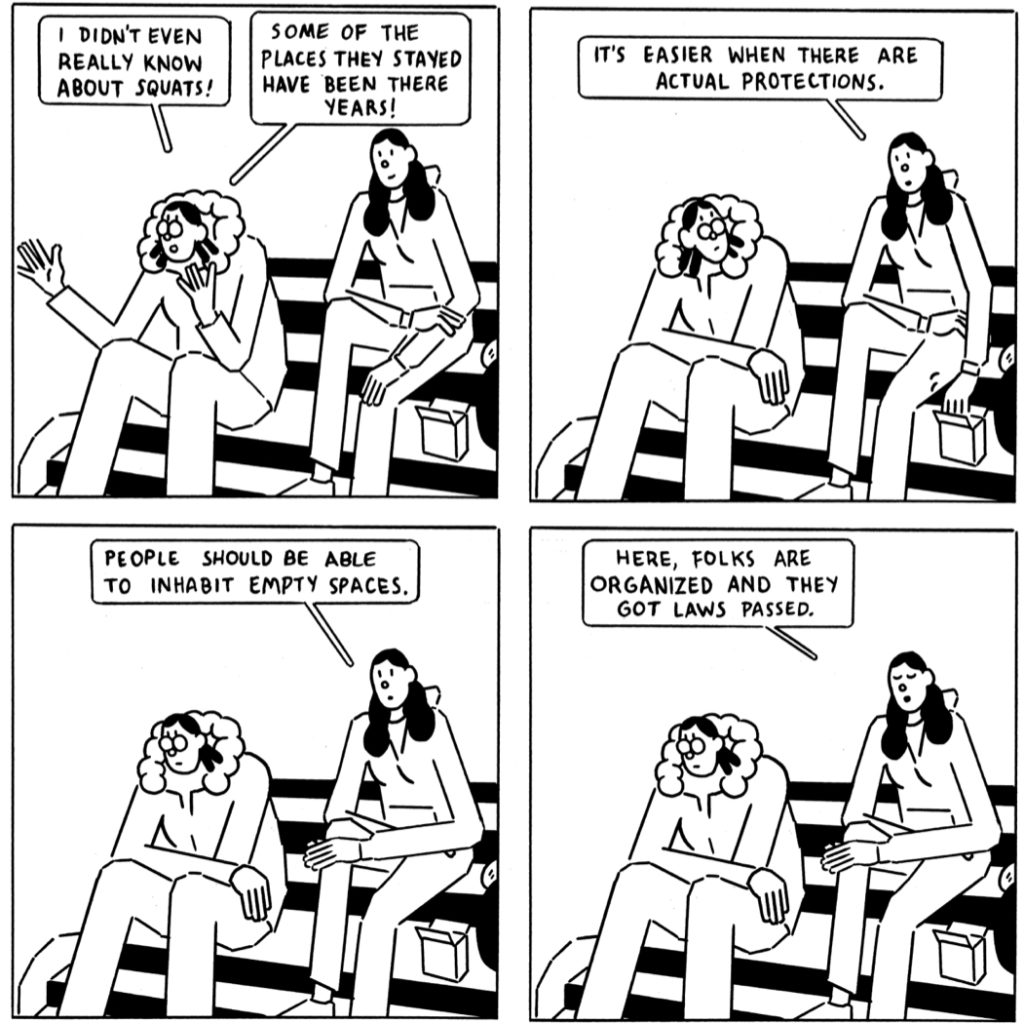 32:17-34:48: As for what Jeff’s been reading?  He talks about Sophie Yanow’s The Contradictions, free to read on the web through the end of July. Definitely worth your time! 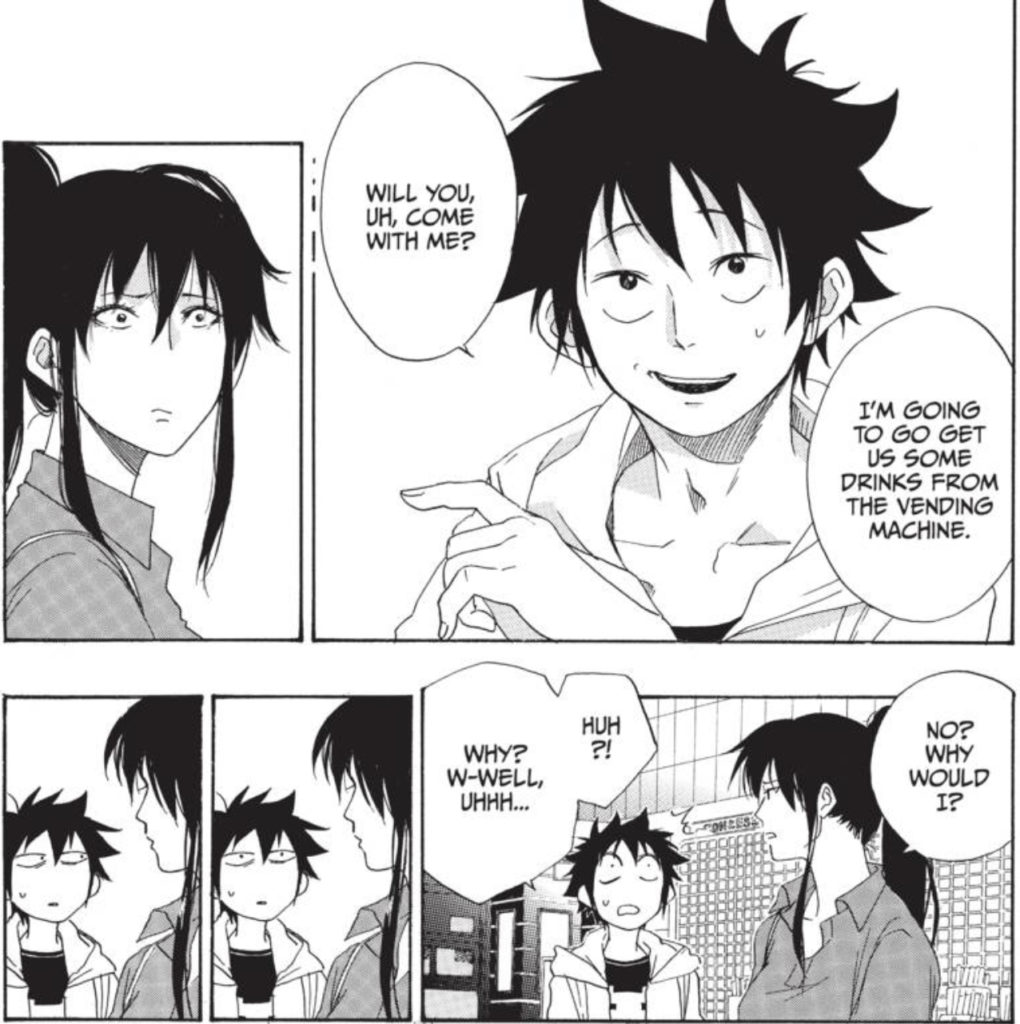 34:48-42:02:  Also read by Jeff (and a bit more in his wheelhouse these days), the first 12 chapters of Blue Flag by Kaito via Shonen Jump. As you may recall, Jeff loved Kaito’s earlier Cross Manage and is even more in love with the work here, a high school love quadrangle where everyone is just a bit more complex than your standard high school love quadrangle story.  And although I was tempted to puff this section out in the notes by breaking each reading experience into its own timestamp, it just always ends up looking weird and baggy especially when I don’t have much more to say than “Jeff read this,” and it’s only two minutes so all Jeff is saying, “I read this.”  So!  Also discussed: Interspecies Reviewers Vol. 1; and The Joker: Eighty Years of Crime: The Deluxe Edition. 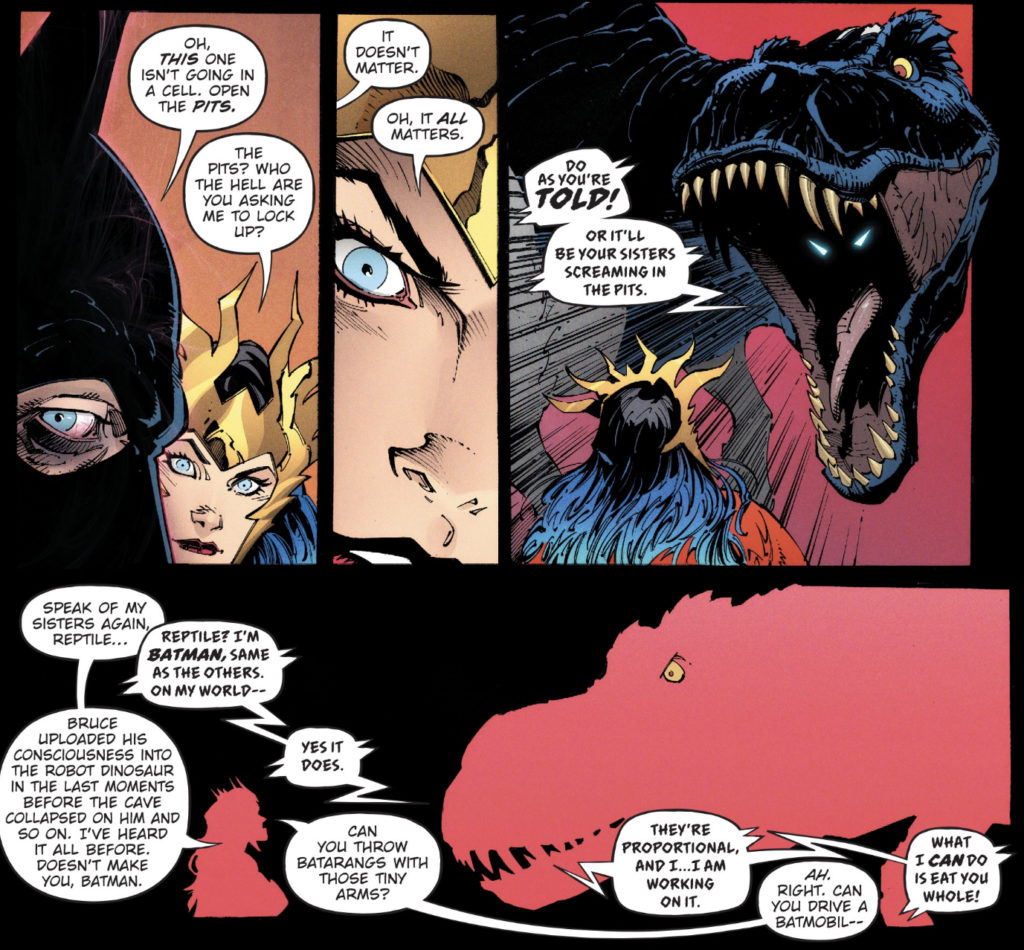 42:02-1:01;37: However, because we do dig into it a little (or a lot?) more, Dark Nights: Death Metal #1 by Snyder, Capullo, Glapion, and Plascencia, it does deserve its own little time stamp, for sure.  And speaking of sure, we’re not sure…why is this? What is this? And why is this?  And these questions are coming from Graeme, the man who read all of the Snyder material leavig up to this. 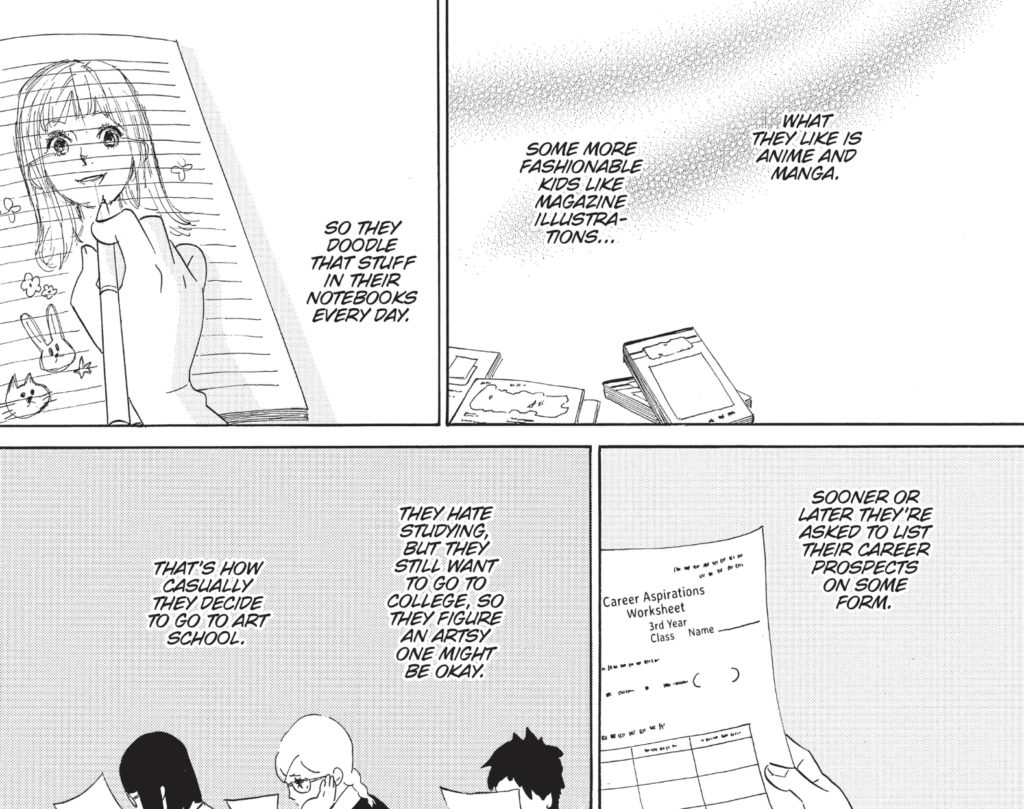 1:01:37-1:03:39: And finally, Jeff read the last volume of Blank Canvas: My So-Called Artist’s Journey by Akiko Higashimura.  Such a great read, and Jeff almost cried like a baby multiple times throughout the volume!  (The only reason he didn’t is because he’s a broken, broken human not that the book wasn’t good enough to cry through.)  So good, you guys.  So good. 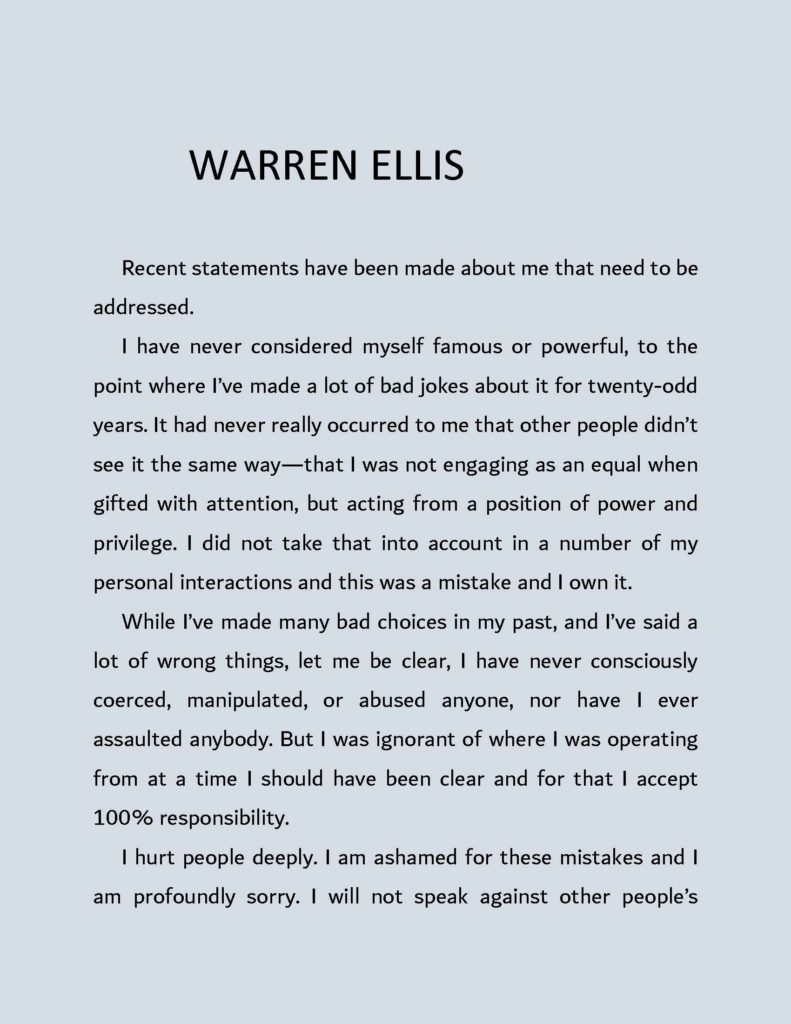 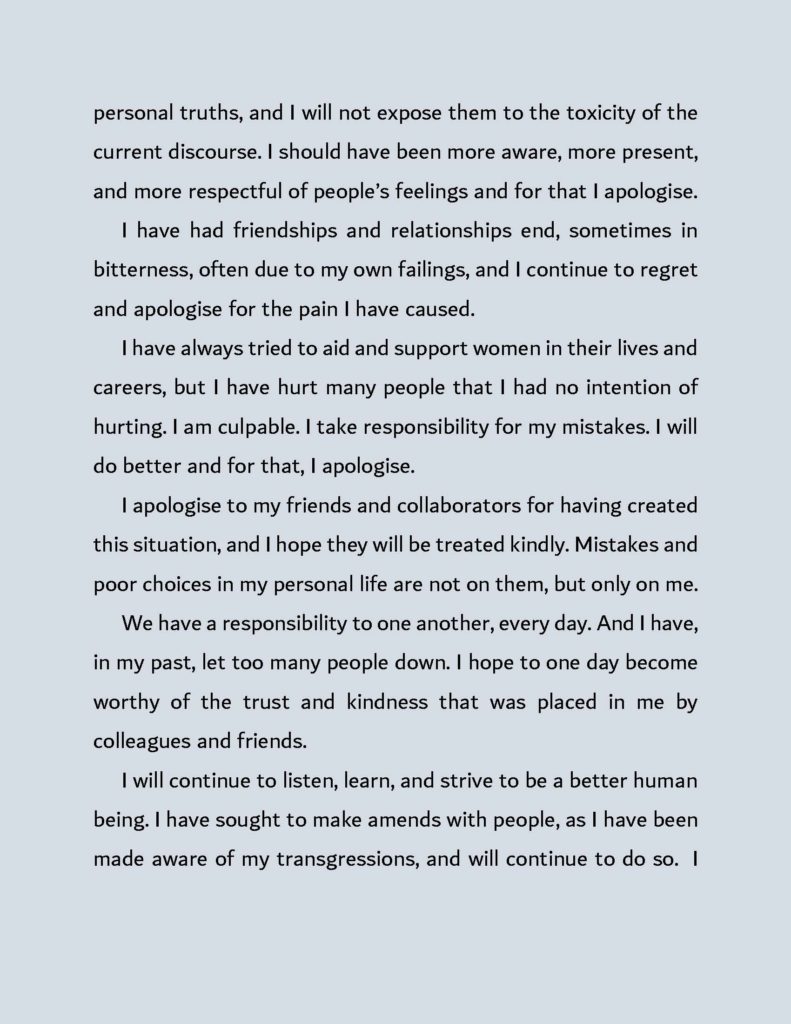 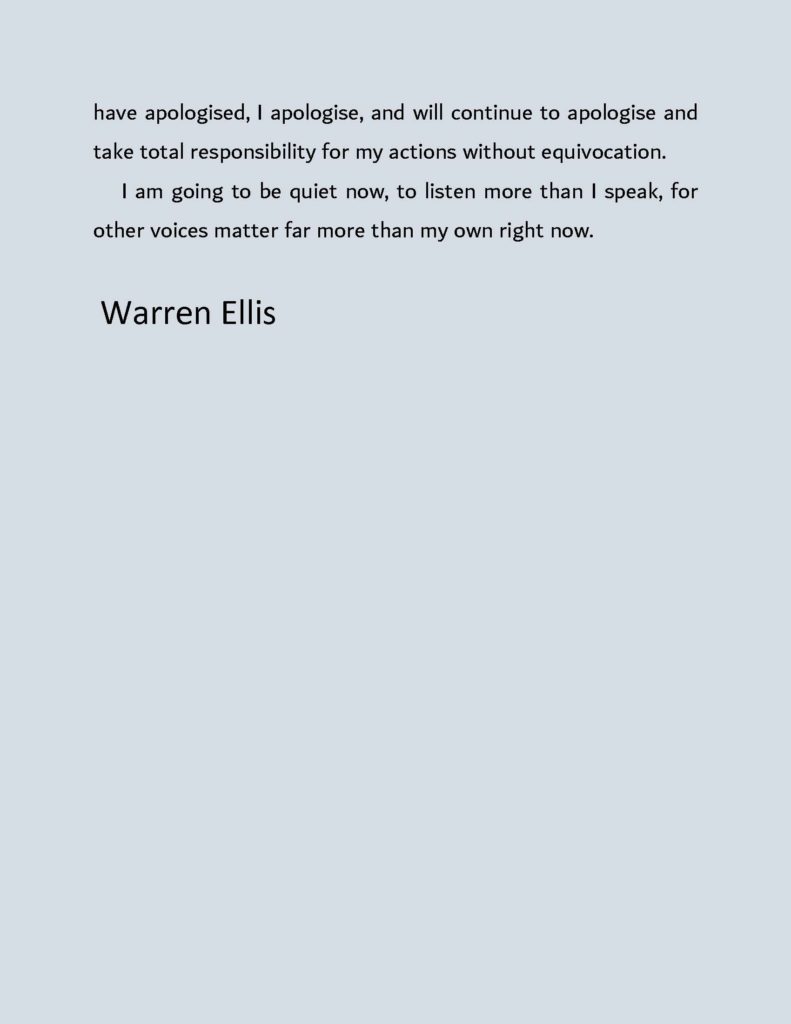 1:03:39-2:05:57: And now, we get to the comics news of the week.  Sigh.  Cameron Stewart. Warren Ellis. Brendan Wright. (By the way, Graeme goes out of his way not to mention the women making the allegations by name, and Jeff does so in regards to the Ellis case and apologizes if that’s very problematic.  After spending some time thinking about it, he—which is to say I—decided to leave those names in as well as include the video linked to here. I don’t think the listeners of this podcast and the viewers of this page are the type to engage in harassing behavior toward victims, and I also think by choosing not to  name them, there could the unintended implication these women have anything to be ashamed of.  They do not, and their names are used by me out of acknowledgment and respect.) Discussed: All this awful shit.
2:05:57-2:15:22:  A story about foreign languages! And then! Jeff remembers a very depressing story about the manga industry that fits in well with the material discussed this episode.  Unfortunately.
2:15:22-end:  Closing comments!  Look for us on  Stitcher! Itunes! Instagram! Twitter together and separately: Graeme and Jeff! Tumblr, and  on Patreon where a wonderful group of people make this all possible, including Dominic L. Franco, and Empress Audrey, Queen of the Galaxy, to whom we are especially grateful for her continuing support of this podcast.  (Also, don’t forget about Spotify!)
Next week: Skip weeks! Yes, two of ’em! Look for us around July 12, we’re thinking? Please be good to yourselves and to others!