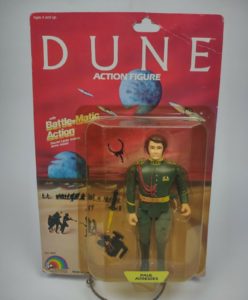 0:01-2:53: Greetings!  Either Graeme has quite the frog in his throat, Yoda has decided to guest-host, or Chloe Maveal has once again joined us for some comic book blabbity blab! (Don’t worry I won’t spoil it for you here—no wait, I pretty much have to.). She’s only here with us for the first hour (don’t worry it ends up being closer to 90 minutes).

2:53-16:44: We had a whole bunch of stuff we’ve been planning on talking about for a while and a lot of it falls under the pop culture side of things than comic stuff (at least to start). For example, I’ve been wanting the three of us to talk about Malignant for *months* now…and now it’s finally here! Dear Cahiers du Cinema: I always thought your letters were made up, but then something happened to me I just had to write to you about… But first, quick talk about For All Mankind, and Annette and then SPOILERS as we talk bout the giddy, messy joys of Malignant.

30:19-52:21: Another film Jeff has been *dying* to talk about with Graeme and Chloe? Zack Snyder’s Sucker Punch, which Jeff only saw for the first time a few weeks ago! Chloe and Jeff both have some divergent opinions (along with an amazing potential prediction from Chloe about Jeff’s future) and present the case for and against for Snyder’s oddball “epic”. Also discussed: Bjork, Jack Hill, Welcome to Marwencol, I Kill Giants, Showgirls, Burlesque, and more.

52:21-1:31:52: SPOILERS as we talk about season two of Ted Lasso, now that Jeff’s finally finished watching it. Why does Jeff refer to it as “Tad Lesso” and why won’t Graeme and Chloe acknowledge how god-damn brilliant that pun is? Discussed: Twin Peaks Season 2, which Ted Lasso character we all are; Twin Peaks: The Return; Dollhouse; Tank Girl and the career of Malcolm McDowell; Succession; Hackers; SLC Punk; and more.
1:31:52-1:50:37: Chloe splits, leaving Jeff and Graeme with a certain amount of confusion. What….do we talk about now? As it turns out Graeme has an answer and that answer is: Brian Michael Bendis’s run on Superman. Spoilers, I guess, if you haven’t read the end of Bendis’s run, especially with regards to the Invisible Mafia storyline and the fate of Jor-El.
1:50:37-1:59:19: On the opposite end, comfort-wise, of the “I liked it, it was good,” Jeff is incredibly impressed (and conflicted) about Tom King and Jorge Fornés’s Rorschach, which he is reading on DC Universe Infinite. We talk a bit about how the story continues to intertwine Strange Adventures, how the series might’ve gotten way more positive word of mouth if it wasn’t such a poisoned chalice of an IP. (Also, Graeme’s caught up on the first five issues of Supergirl: Woman of Tomorrow by King and Bilquis Evely, something I’ve wanted for Martin Gray for literally months now).
1:59:19-2:10:37: Quick rundown of some of the other stuff Jeff’s been reading, super-quick: the second issues of Clear and We Have Demons and the first two issues of The All-Nighter, all on Comixology Unlimited; the first two volumes of Outcast by Kirkman and Azaceta via Hoopla; the finale of The 6 Sidekicks of Trigger Keaton; volume 10 of Sweat and Soap; the latest issue of the Nice House on the Lake; the first issue of Catwoman: Lonely City; and vols. 2 and 3 of Creature Girls: A Hands-On Field Journal in Another World.
2:10:37-end: Closing Comments…although a smooth landing is marred by some literal hemming and hawing from Jeff about our schedule for December. Nonetheless: look for us on  Stitcher! Itunes! Instagram! Twitter together and separately: Graeme and Jeff! Tumblr, and  on Patreon where a wonderful group of people make this all possible, including Empress Audrey, Queen of the Galaxy, to whom we are especially grateful for her continuing support of this podcast.
Next week: Skip week!  If you’re in the States, have a great Thanksgiving and join us in December!