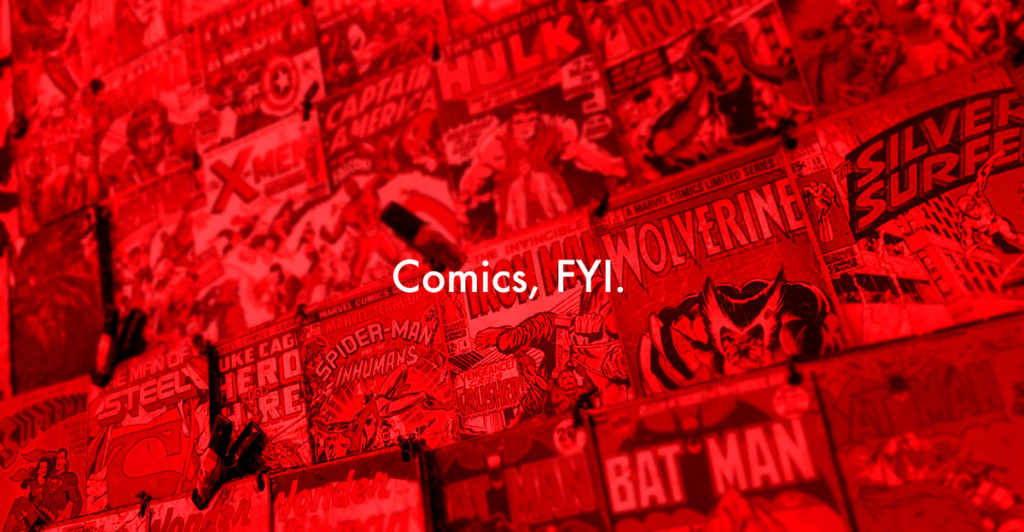 00:00-7:51: Greetings from the distant year 2022! You are catching Jeff and Graeme In Media Fuckery with it being the *third* time we have had to restart due to technical glitches but we are firing through it! So much so that instead of us commiserating about our rough week, you instead get Jeff’s impassioned New Year’s Resolution to, essentially, not open up the podcast each time complaining about his tough week! Yes, truly a treatise-hammering Martin Luther Jeff is.
7:51-20:37: Fortunately, Jeff is generous with a segue and so we can get to the truly important news: GRAEME McMILLAN HAS STARTED A NEWSLETTER! Not even a week old, two letters have already been sent out and there are more to come. Before I get to my traditional superfast summary of our discussion about it, please go to https://www.getrevue.co/profile/ComicsFYI and sign up if you’re so inclined. (Or even if you’re not inclined! You can drop it when Graeme starts asking for money, after all.) As for the superfast summary: I am excited Graeme is getting to write about comics news in-depth again; Graeme is excited Graeme is getting to write about comics news in-depth again; and if you know somebody who you tried to turn on to the podcast but they couldn’t hack it because they prefer to read instead of listen, let them know so they can get excited Graeme is getting to write about comics news in-depth again! As for our discussion here, what’s great is even without subscribing you can read the installment in question here and then hear us talk about Graeme’s process for the stories covered therein. Whattabargain! 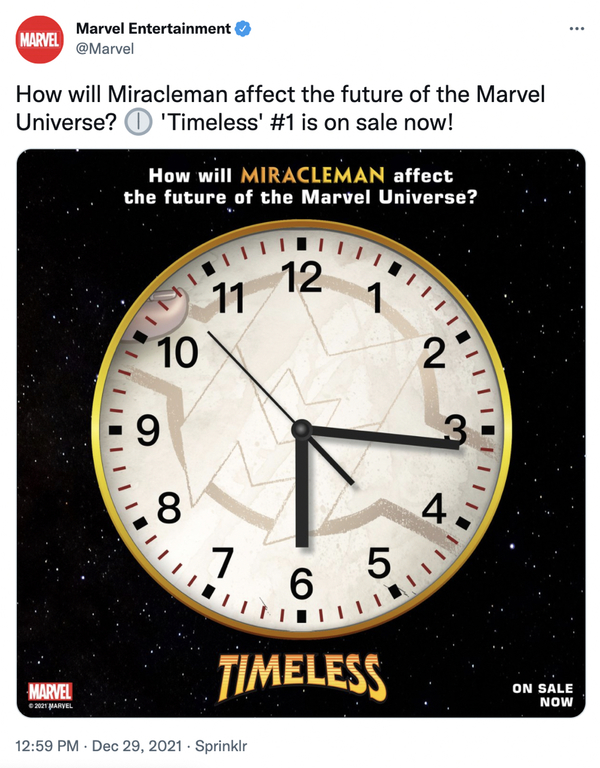 20:37-40:30: One of the topics covered in the newsletter installment—the main topic if you go by wordcount, certainly—is Marvel once again seemingly making a go at making Miracleman *a thing*. Graeme, both understandably and probably foolhardily is curious how Jeff, an old school Original-Writer-and-Miracleman-man, feels about that? And if after reading that sentence, you thought to yourself: “Hmmm, I wonder if they’re gonna fight about Miracleman and Alan Moore?” well, you wouldn’t be 100% right but you’d be far from wrong as well! Listen as a guy-who-recently-read-Miracleman-and-doesn’t-much-like-Alan-Moore and a guy-who-does-like-Alan-Moore-but-has-not-read-the-material-in-a-very-long-time try to learn to live together in this heartwarming new sitcom, 8:30pm, Fridays on ABC!
40:30-1:07:07: Because Graeme has in fact revisited a lot of early (or earlier) Alan Moore recently (such as Moore’s Swamp Thing) and has developed more, as he puts it, generosity if not actual appreciation, Jeff is curious: what *are* the top five Alan Moore books, as far as Graeme is concerned? And in the course of talking about this, the duo uncover perhaps a wider philosophical chasm—is evincing a preference for a creator’s lesser works or the deep cuts of their back catalog kind of a dick way of ducking responsibility? (Also, I didn’t realize this until editing but although I do have, I think, a very good take on the frustrations of liking formalist creators and revisiting their works, I don’t actually provide Graeme with a list when asked? Hmmm.)
1:07:07-1:22:25: Moving away from Mr. Moore, we talk about the big chunks of books Graeme has been reading lately—the Marv Wolfman run on Teen Titans (with art by the mighty George Perez and Eduardo Barreto (and then George Perez again)); the Brand New Day era of Spider-Man, and the Nick Spencer-written run (skipping nimbly over the Dan Slott written run in-between); and the surprising pleasures found therein.
1:22:25-2:03:29: Jeff wants to talk about The Matrix Resurrections because he thought it would be a fast little topic to quickly blab about and move on and, uh, has he ever *listened* to his own podcast? It is kind of interesting as I think Graeme makes some excellent points—listening as I edit and I think his take of the Wachowskis as “technically excellent filmmakers with shitty taste” is both amusing and worthwhile—and I get 50% of the way there to a take on camp that I think is potentially quite good (I drop the ball by only talking about the first part of what I think defines camp and not the whole second part of it, the part that Sontag analyzes in her “Notes on Camp.” (And also I bumble the wall by using the term “breaking the fourth wall” at a crucial point in the conversation rather than continuing to use the original and more correct term “breaking the suspension of disbelief.”)
I also think, while hearing Graeme’s definition, if the British love and deeply held take on camp is, the queer love and deeply held take on camp, centered very heavily on the concept of knowledge of “passing” (either in a deeply classist or a deeply heterophilic/homophobic culture) such that camp does, as Graeme identifies it here, engages in the convention even while acknowledging its absurdity….which may explain why Jeff, a CIS hetero American, has a such a difficult time understanding or appreciating camp in a camp way, and rather has the explanation he engages with here which allows for a different in-road into the inclusive feeling of camp (and may also explain why he finds the camp Graeme talks about more exclusive than inclusive)? anyway, a lot of talk about camp, and also what the hell with the Matrix happened between movies as Jeff understands it and which Jeff trying to explain may well be, by Graeme’s definition, camp, possibly? Dunno.
2:03:29-end: Here is the part where we realize there are so many things we want to talk about—so many!—but we do not have world enough and time so we talk about what volume of Dredd: The Complete Case Files we are reading for next week’s Drokk (Vol. 31!), that website address again where you can sign up for Graeme’s newsletter (https://www.getrevue.co/profile/ComicsFYI!) and:look for us on  Stitcher! Itunes! Instagram! Twitter together and separately: Graeme and Jeff! Tumblr, and  on Patreon where a wonderful group of people make this all possible, including Empress Audrey, Queen of the Galaxy, to whom we are especially grateful for her continuing support of this podcast.
NEXT WEEK:  When Dredd returns to Drokk!! Vol. 31 of the Complete Case Files next week. Join us!