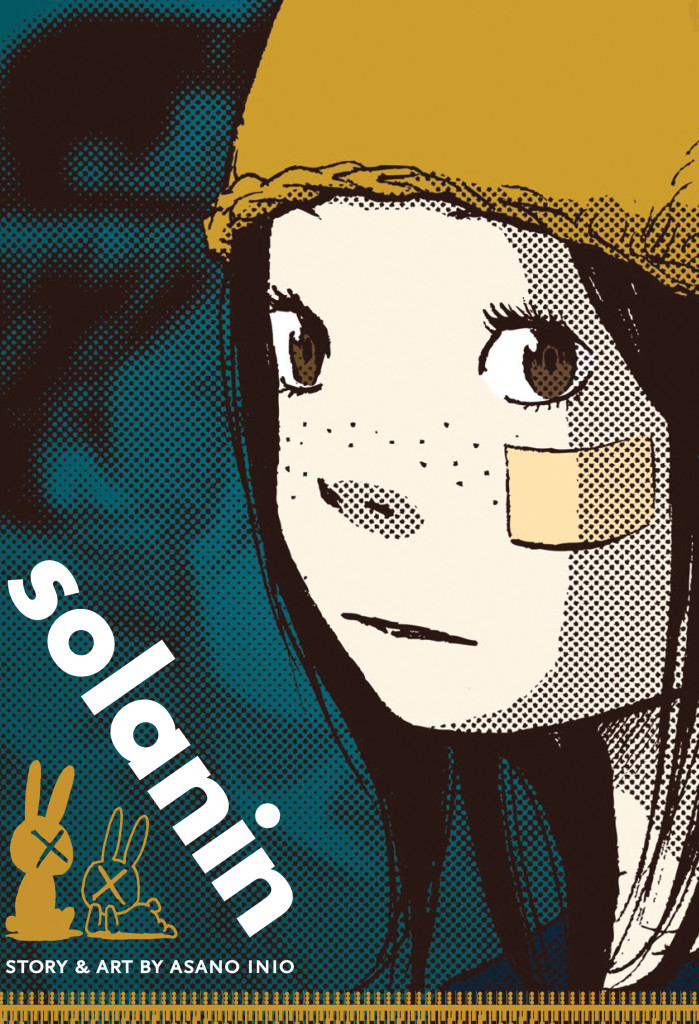 So, two weeks after everyone was kind enough to sit down and vote on what I should read next—and in many cases voting for multiple books and prioritizing them—I finally started in on the stack.  There were definitely books that got more votes (even if some of them were votes of the “for the love of god, just read Star Lord so you can return it to the library, you selfish bastard’ variety) but I thought Inio Asano’s Solanin did exceptionally well in the votes considering I did little more than mention it by name.

That, combined with Nijigahara Holograph being probably one of the top five novels I read in its year of release, made Solanin my first pick. And…hmm.  Join me after the jump for my ruminations.

It’s a weird little read, Solanin.  For those not in the know, it’s a manga about a band of post-collegiate youth wondering about their place in the world, created and serialized in 2005 to 2006 when the manga-ka himself (but with regard to that link see also this, if necessary) was a post-collegiate youth, a twenty-five year old also wondering about his place.  The art is assured and smooth throughout, but the narrative is a more ambivalent affair: it moves not just from event to event and tone to tone but also from character to character.

Although Meiko Inoue, a woman who quits her job only to struggle under the weight of the resulting freedom, is Solanin‘s lead, her long-time boyfriend Taneda is frequently the subject of her attention…and the book’s:  more than once, Taneda takes over as the narrative lead and the book’s focus, to the point where I wondered if Asano was pulling a bit of a Great Gatsby on us and having Meiko be the intradiagetic narrator—I swear to god we had a different term for it when I was at school but the ones I’ve searched on in Google really aren’t working out—but…nope.

Taneda and his band become the closest Solanin has to a hook, as the crew decides to “give it their all” and “try their best” (TM, every manga ever) and record an album, try to get signed, play a big gig.  By the end of it, Meiko plays a bigger part in all of it than you would’ve thought from the middle of the book…albeit not what you would’ve thought at the beginning.  Spoilers: if you’ve remember me talking about Fuuka, you totally know where things end up going…which was both edifying in a “oh, that’s where that plot twist came from!” way and frustrating in a “man, I had a much a better book spoiled by its inferior successor!” way.

Also frustrating is how the book teases narrative strands only to reject them.  The band neither really succeeds nor fails, disbands nor stays together.  The book ends up like the Schrodinger’s Cat experiment, except Asano refuses to open the box, preferring the cat to remain simultaneously alive and dead. 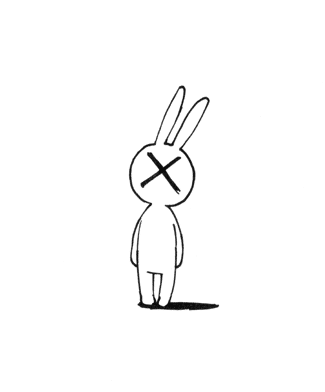 If you’re feeling generous to Asano, the ambivalence of Solanin’s narrative perfectly mirror its characters, who cannot figure out what they will be, can only figure out what they’re not, who live in a world of possibilities where there seem to be no actual possibilities.  Thoughout the book, cartoon rabbits with their faces x’d out pop up as dream mascots and as charms. The rabbits makes them innocent and cute but the x suggests these values are negated: like the characters in the book, they’re no longer innocent or cute but they’re not anything else either.  It’s a perfect conceptualization for how some people feel once they leave college.

So it makes a lot of sense to me that Solanin, encountered by the reader at the right time and the right place in their lives, is bracingly powerful. I especially think Meiko and Taneda’s relationship will resonate with those who went through college and/or high school with a single romantic partner:  at nearly every point in the book Meiko and Taneda talk about either breaking up or getting married, unsure if the other is the only one propelling them forward or the only one holding them back.

All that said, I’m pretty sure I read Solanin at the absolute opposite of that time and place: I’m happily married, I always knew what I wanted to do, and my disappointment at falling far short happened long after the time Asano portrays, and more or less resolved itself before I picked up the book.  It’s true that middle age allows for at least one last panicked clawing of the sheets, one final depressed acknowledgment of that long-departed moment of self-actualization, and one more moment of understanding that living a life where you can help someone else achieve what they should become is more of an achievement than we acknowledge.  (If you’ve got kids, you probably have that moment of understanding much sooner, and much more often).  And with all that being relatively recent for me, I appreciate how well Asano strikes that note, somewhere between resignation and happiness, even as I  grew impatient at the wearying march of narrative stalemates.

I think I’m also read not ideally positioned as a Solanin reader because I read Nijigahara Holograph first, and that book takes the non-innocence of Solanin much further.  At the beginning of Solanin, Meiko declares “there’s a demon loose in Tokyo,” and her anger at her inertia has much darker implications than the book ever bothers to explore.  Solanin comes to the narrative ledge where its characters might do harsher things to one another than honesty and, like its characters, lingers and lingers and ponders and ponders, damning itself for its indulgence with the staid even as it can’t move forward.  By contrast, Nijigahara Holograph throws itself from that ledge to speak openly about our about our complicity in evil.  It retains Asano’s ability to craft characters we like but uses that to shock us, to implicate us.  As someone who went from it to Solanin, I found myself frequently impatient and frustrated until I finally surrendered to Solanin‘s charms (a surrender made all the harder by what I think is Asano’s own ambivalence about saud charms).

It’s absolutely no fault of Asano or Solanin that Nijigahara Holograph is the richer book.  Creators creating richer and more complex works as their career advances?  That’s the way it’s supposed to work, right?  (Although, ha ha ha, as Alin R. points out in the comments, Solanin is in fact the later book which totally screws my point.)

And as I said, once I caved to Solanin‘s charms, its willful refusal of following through on its tropes make its bittersweetness feel more true to life.

Also, because as a writer about comics I am a terrible writer about comics, I’m totally giving short shift to Asano’s significant abilities as an artist and visual storyteller.  His design work and body language are especially aces: not only can he have two characters who are both chubby and wear glasses without you ever getting confused at any point which is which, but Meiko and the band drummer Rip are visual gems, simultaneously cartoony and hyperreal, able to clearly convey every emotion without it feeling like it’s being broadcast (except when Asano is clearly shooting for that).

But, even as I can see how Solanin could be someone’s favorite book, it was for me at best good and, for most of its length, only okay.  You may be more receptive—and it certainly doesn’t suffer from a deficit of quality—so you should certainly consider checking it out if it interests you.  But to the extent time and tide affect us all, they’ve conspired to put Solanin and me on opposite shores, only able to apprehend from one other from a distance before the fog that is soon to roll in and wipe it all away.