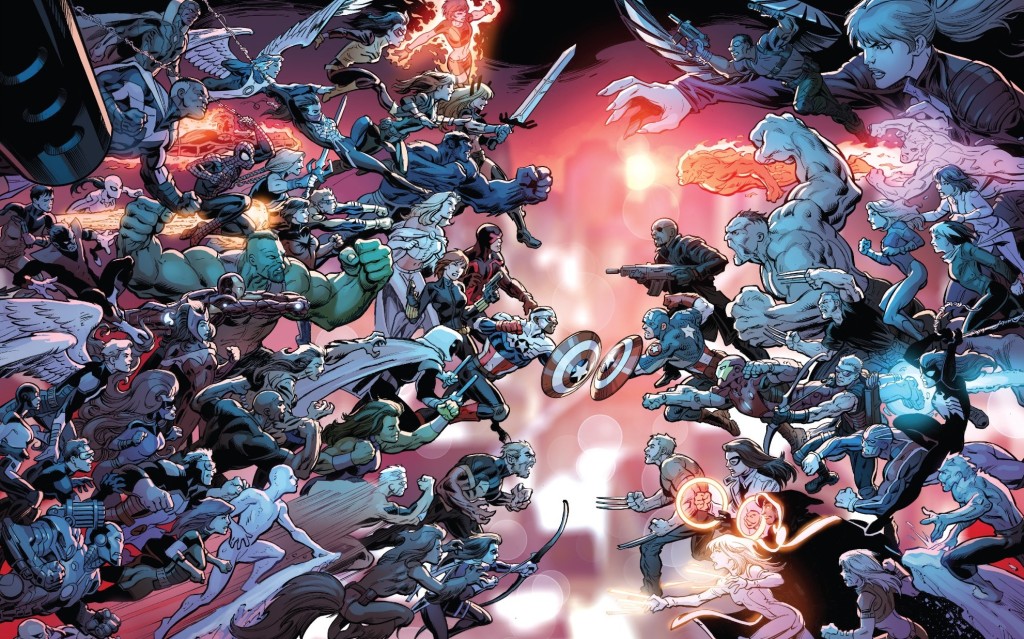 The great thing about Marvel Unlimited is that, if you’re willing to be patient, you get to have a feeling of superiority that can only come from knowing that you were perfectly right to not spend money on buying something when it was first released. The not-so-great thing is that, in order to come to that conclusion, you have to read a bunch of potentially-promising-but-no-just-not-very-good comics.

In a related story, the Secret Wars tie-in series have started appearing on Marvel Unlimited, you guys!

I find myself a strange audience for the various Secret Wars tie-ins, I admit. I’m so very close to being the target demographic — I’m old enough, and I read almost all of the source material that these books are, uh, “homaging” the first time around, so this kind of nostalgia should have a real hold over me. And yet… it doesn’t, and I’m not entirely sure why.

Part of it could simply be that I don’t have a deep emotional connection to the Marvel Universe. I love a lot of stories and characters from that world, but for whatever reason, I don’t feel the same level of affection for the Marvel Universe that I do for the DC Universe. In fact, the more I think about it, the more I feel pushed out of the Marvel Universe that I love — my favorite characters are changed in ways that reject the lightness and personality that I so enjoy, and tonally all but a handful of books feel dulled and self-consciously serious, two complaints common for DC’s New 52 relaunch, perhaps tellingly enough.

That complicates these Secret Wars greatest hits revisits. It’s not that I’m disinterested in, say, Armor Wars or Inferno or Spider-Man: Renew Your Vows in theory, but in practice, they lack almost anything that I feel like I can connect with, with the characters feeling alien and unlike the ones I read about way back when; something that, when mixed with the Battleworld conceit, results in something I struggle to be interested in.

And the Battleworld conceit is a problem; it’s at once too vague — there are barons and people say “Doom” instead of “God,” I guess…? — and too present. Even in books that I otherwise would’ve enjoyed, like Runaways, the Battleworld elements (They’re in a school for bad Doom kids! Valeria is in charge, because… geniuses are good at organization…? I got nothing about that, I admit) feel overwhelming to everything else, and exhausting.

Going old school, then, here’re capsule takes on what I’ve read so far from the event:

A-Force #1: I like the idea of this book far more than the execution. It’s not that it’s bad, per se, but it’s certainly underwhelming given the people involved. It’s a perfectly serviceable superhero book that feels as if it’s uncertain about its own purpose, which… could settle into something more interesting down the road for those with the patience? 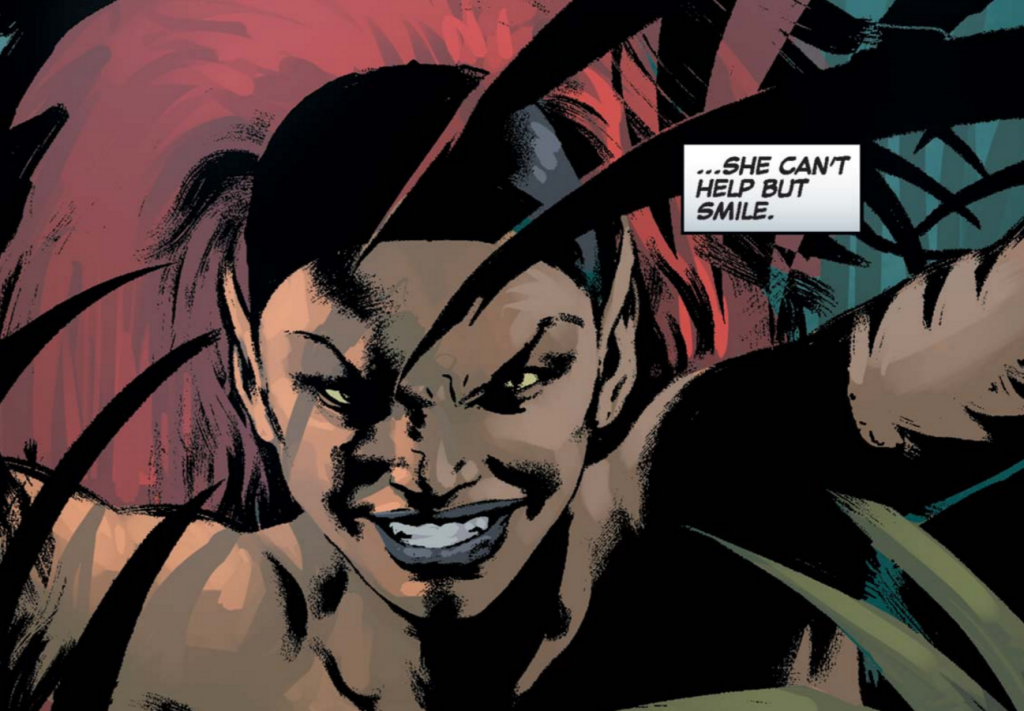 Age of Ultron vs. Marvel Zombies #1: Admittedly, this is far stronger than I expected — Steve Pugh’s art in particular is wonderful, and James Robinson comes up with something resembling a hook that offers more humanity than the title would suggest. Unfortunately, I have little interest in either the zombies nor the Ultrons, so… yeah, not so much a fan.

Deadpool’s Secret Secret Wars #1-2: It’s two great tastes that would taste great together if I didn’t dislike one of the tastes so much! The idea of revisiting the original Secret Wars and playing it for laughs is a good one — it is a series that is ripe for parody, after all — but the jokes are a little too obvious and defanged, considering Marvel would still like readers to think that the first Secret Wars is worth spending money on.

E Is For Extinction #1: Probably my favorite of all the original Secret Wars tie-ins to date, with the arguable exception of Captain Britain and the Mighty Defenders, which hasn’t shown up on Marvel Unlimited yet (Al Ewing, perhaps unsurprisingly, comes out of the Secret Wars tie-in game the best; his Loki and Mighty Avengers issues are very, very strong and Captain Britain manages to tell a story that has purpose beyond nostalgia and Secret Wars). It’s a nice reminder of both the tone and the potential of the Morrison X-Men run, and something that doesn’t feel beholden to the larger X-Men attitude displayed at Marvel, which pushes Cyclops as an icon around which everything has to revolve.

Inferno #1-2: A combination of a self-involved script and a premise that holds the opposite of nostalgic allure to me — the original Inferno being something that threw me off X-Factor back in the day — means that this was a loser for me. Dennis Hopeless’ work really appeals to many people whose opinions I trust, but I just can’t get it myself.

The Infinity Gauntlet #1-2: Another surprisingly strong book, with the central characters (A family of Novas) charming as hell. Sadly, the situation they find themselves in — dystopia, with multiple Thanoses running around for some reason — is utterly disinteresting to me; I can tell that this is a well-made book, but I can’t bring myself to actually care, sadly. 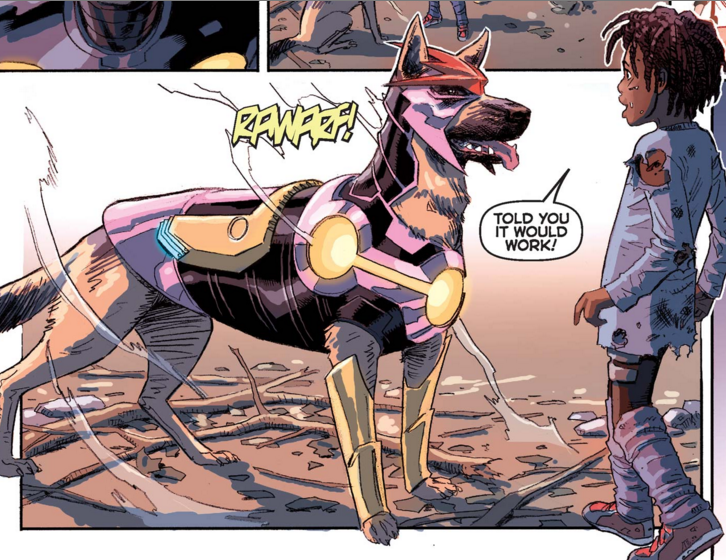 Old Man Logan #1-2: Imagine a comic that takes almost all of the unfortunate quirks of Brian Michael Bendis’ X-Men run, and concentrates them, with beautiful art from Andrea Sorrentino that lacks clear storytelling chops, leading to some impressively unclear moments where time and/or location jumps maybe happen, but maybe not because who can tell? A pretty mess, sure, but this is a disaster as a comic.

Planet Hulk #1: It’s a sad sign that, even though I know I read this, I can’t remember one thing about it. Well, maybe one thing: it seemed more like a Captain America book than a Hulk one, but everything else has utterly faded from memory. Sorry, Planet Hulk.

Ultimate End #1-2: Quite how this fits into the larger Secret Wars mythology, I’m unsure — are these two different domains on Battleworld that have become merged? That question is probably the most interesting thing about this series so far, though; not being an Ultimate Universe reader, I’m unsure why there are two Hulks or why the Punisher is in prison or many other things that are happening. But I’m sure this appeals to someone who isn’t me…?

X-Tinction Agenda #1: Again, one that’s not for me because I’d stopped reading X-Men by the time the original story took place, and the resultant language and iconography just seems too busy and nonsensical to me. Really, I had flashbacks to the end of Peter David’s X-Factor run, and that’s never a good thing.

In many ways, the Secret Wars tie-ins have many of the same problems as DC’s Convergence — it’s what you remember, but not exactly, and the dissonance can be enough to destroy the whole effect — but amplified, because each of the stories is not only longer, but also more devoted to reliving plot points of the original, instead of just using the same characters/costumes. All things considered, a few weeks in, I find myself wishing they could all fight each other and get it over with in two months.

The sad thing about Marvel Unlimited, though, is that because you’re six months behind, you know just how long things are going to take before they’re over. Occasionally, ignorance can be bliss.