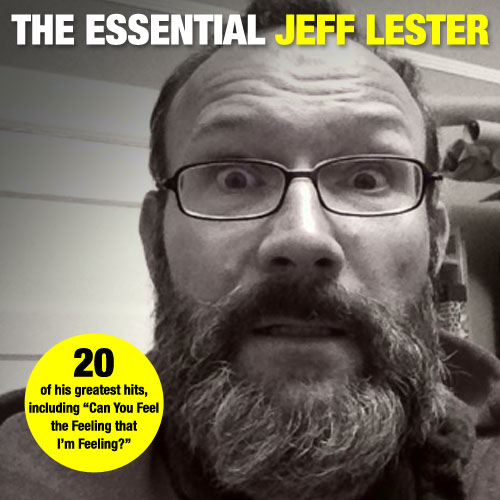 Thanks to Gar Berner for Bringing The Super-Awesome!

Damn it, next year we’re going to have a contest centered around Graeme’s first Prog Rock album, The Moog Goo of Guy Pan or something because it’s quite a bummer to have my mug staring out from this post exclusively.

Ready for some show notes?  Some serious no-fooling two and three-quarters of an hour bare-knuckle podcasting?  Well, then.  I have just the thing for you!

00:00-40:51: Greetings! Cue up your Lonely Man Theme but don’t be fooled: even though we start by talking about the Incredible Hulk TV show, it takes a certain amount of time to get around to the comic book. But instead we stick to the TV side of things, with discussion of Tales of the Gold Monkey, B.J. and The Bear, and most especially Twin Peaks (and its return!). I’m going to point you to Graeme’s thoughts on the topic, with a touch of Abhay’s since we reference them in the convo but they’re definitely worth being reading on their own. We also discuss the TV show Manhattan about the building of the atomic bomb, The Making of the Atomic Bomb by Richard Rhodes, and, of course, Gavin & Stacey and the current season of  New Girl. And if that wasn’t enough non-comics talk for you, we also talk about Jeff’s strange relationship with iPhones, old and new. Also also discussed: hatewatching things, artisanal douches, and babies and, uhhhhhh, what else do we usually talk about? Hmm…
40:51-57:09: Comics books! That’s right we eventually remember to talk about comic books! In fact, first off we dig deep into Batgirl #35, by Cameron Stewart, Brenden Fletcher and Babs Tarr. Tossed out there in our discussion; Gail Simone, Bob Haney, the phrase “evil 4chan DJ,” target audiences, and more. It’s a bit of a tussle, this discussion.
57:09-1:09:55: Graeme received copies of Trinity of Sin #1 by J.M. DeMatteis, Yvel Guichet, Jason Gorder and Gabe Eltaeb; Earth 2: World’s End #1 and #2 by more people than I’m getting paid to type; and Klarion #1 by Ann Nocenti and Trevor McCarthy; we also tussle a bit on this one, too. Tussle! It’s one of the all-time great words.

Also great is how Graeme calls me out on my shitty handling of percentages. (Wait, is that great?)
1:09:55-1:24:01: Changing gears a bit, Jeff feels there’s been a certain maximalism in comic books lately, a serious commitment to spectacle and too much. And never is that more true than with Transformers Vs. G.I. Joe #3 by Tom Scioli and John Barber. (Please note that we also tussle briefly over the public reaction to Seven Soldiers #1.) This tremendous and overwhelming book pretty much blew our tiny minds. Discussed: Copra, Kirby, Steranko, outsider art, and more.
1:24:01-1:59:18: Avengers Talk!! It’s time for Avengers Talk! This time we are discussing issues #227-250 by (mostly) Roger Stern, Al Milgrom, and Joe Sinnott. It’s almost impossible to talk about this title and not also talk about Marvel in the early Eighties and the heyday of the Jim Shooter editorial era. A really great run of issues with some tremendous steps forward in its handling of female characters (as embodied by Monica Rambeau, the new Captain Marvel). In fact, it’s possible to see the two issue wrap up of Spider-Woman’s book (issues #240-241) as a non-fucked-up version of Avengers #200. And of course, since issues #228-229 has to do with the redemption of Hank Pym, we once again revisit the handling of Hank Pym, the issues and meta-issues, the rewriting of history (comic book history and real life history); a brilliant connection Graeme makes about “yes, and” improvisation and the work of Steve Englehart; Spider-Man, Wife Beater; Tony Stark, Super-Lush; Kirby’s Eternals and Starlin’s Titans; and then…
1:59:18-2:14:01: Something is happening at Jeff’s door so he has to run away for a moment, and comes back and terrifies Graeme. And then we’re back to talking about Maelstrom, Al Milgrom and Joe Sinnott, and much, much, MUCH more.

Oh, and remember how I said I was terrible about screenshots?  Look at the stuff I thought was worth showing you guys: 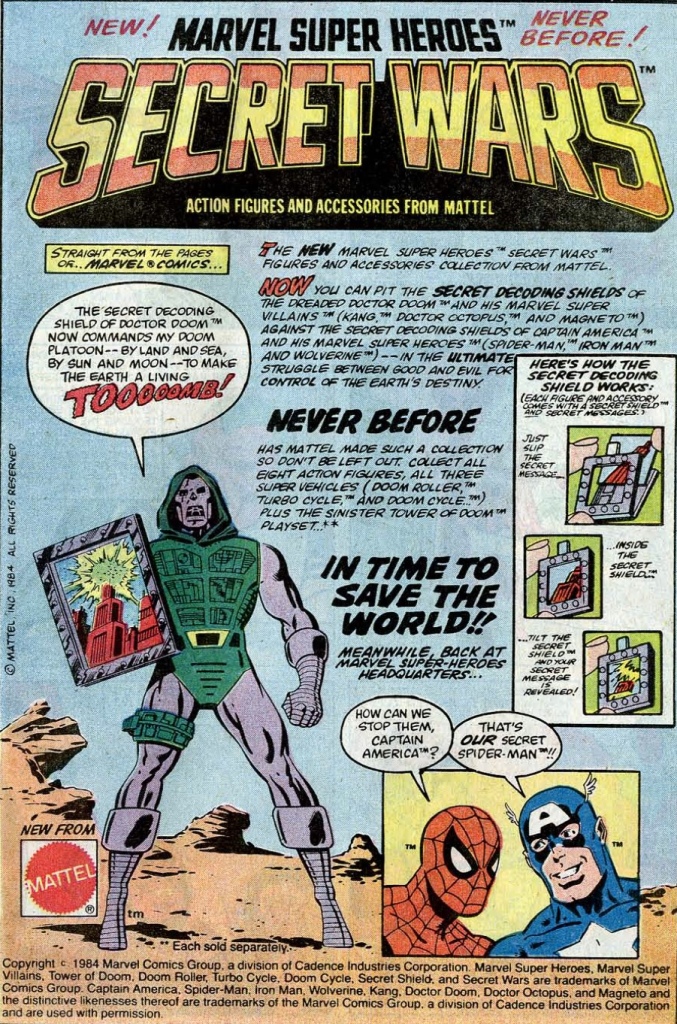 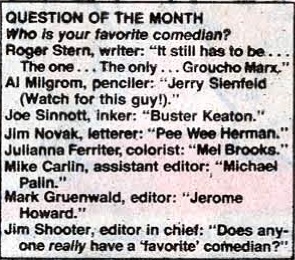 Al Milgrom: Prophet of Pop Culture to Come! (Shame about the spelling, though…)

Turns out, there’s still the overdue discussion of the winners of our “Are You Feeling The Feeling That I’m Feeling” giveaway! This has a lot of us reading entries and just laughing aloud—maybe not our most professionalmoment—but we wouldn’t have if the work wasn’t so awesome. Because we are laughing all over these amazing entries, you’ll probably get a better bang for your buck reading them all below. Thanks for everyone who entered! We are terrified by how much funnier you guys are than us, and yet we’re the ones talking on air.

The stunning entries by our amazing listeners:

Gar Berner:
“If You’re Not in the World That’s Coming, I Don’t Wanna Be There (Lila’s Song)”

Matt Sabonis:
“Milk for Midnight (for Oreos in Bed)”

Chris Mastrangelo:
1. Can’t Comb My Beard Without You Babe
2. Cold Waffles At Midnight
3. It’s Raining (In My Heart)
4. Tonight’s The Night, Unless It Isn’t, In Which Case Tomorrow Night May Be The Night
5. Rapping Intermission
6. Your Chicken And Tomatoes
7. Taxidermist of Love
8. Don’t Make Me Wrassle Your Heart
9. Snaky Woman
10. A Sexy Little Lady Called Sex
11. Greensleeves [traditional]
12. This Jazzy Sax Solo’s For You

Dave Clarke [the lost entry!]:
1. List heavy show notes
2. Love is a savoury waffle
3. Your chicken and tomatoes
4. Rapping Intermission
5. Portland (feat. DJ Ernie and MC Gus-Gus)
6. I don’t care what people say (I like me some Tony Daniel)
7. Is this thing recording?
8. By the miracle of the internet
9. Download code
10. Sing us out

Paul Spence:
Baby Has Her Biscuits in The Oven And Her Buns In My Bed
She Feels Like A New Man Tonight
How Can I Miss You If You Won’t Leave Me
You Can’t Have Your Kate and Edith Too
She Got The Ring And I Got The Finger
I Keep Forgettin’ I Forgot About You
The Pint of No Return
Please Bypass This Heart
The Wait What Waffle Window Wonton Watusi

Brendan O’Hare:
1. Hot San Francisco Mornings
2. Am I Leavenworth Your Love?
3. Skip This Track (If You Ain’t Makin’ Love (Right Now))
4. Pause Like I Know You
5. R U Glad I Didn’t Say Banana? ft. Prince
6. Rapping Intermission
7. The World Through Rose Color Asses
8. I’ll Be the One to Be the One
9. Takes All Kinds
10. One at a Time
11. Take it All One at a Time
12. Your Chicken and Tomatoes
Hidden Track: No Stinky Fish
Stu West:
(Just a) Love-Struck Honky
Quiche for One
Ever-Approaching Grandpa of Love
Paul Kupperberg Blues

“Graeme unintentionally dropped the best entry on the podcast: ‘My Individual Issues’”

Bonus Show Notes only track from David Wolkin (because my phone lost his text for four days): “Also: ’She Beatboxes, I Drop a Few.’ You guys write this shit yourselves!”

And, as a bonus bonus, here’s Voodoo Ben’s transcript of that “Behind The Music” hatchet job they did on me.  (They got most of it right, but man the stuff they got wrong still steams my clams):

In 1993, Jeff Lester was on top of the world. His soothing R&B rhythms and clever lyrical wordplay were providing a clear and contrasting antidote to the rising grunge movement, and frequent (so would say continuous) airplay of his smash hit single “Your Chicken and Tomatoes” dominated the nation’s airways. Anticipation for Lester’s debut album was so high, in fact, that he was invited to perform the hit on that year’s MTV VMAs.

Can You Feel the Feeling That I’m Feeling? released at number 17 on the Billboard Music Charts, with “Your Chicken and Tomatoes” slipping out of the top 100 a month after the album debuted. Supporters praised the album’s deft mix of R&B sound with literary, food, and comic book references – but it was too little, too late. The VMA backlash proved more than Lester could bear. He became disenchanted with “the scene”, as he referred to the industry, and pushed for “Cinema Mortalis”, an instrumental track totally at odds with his R&B sound, to be released as the album’s second single. (His producer, Babyface, fought for the much catchier “MmHmm MmHmm MmHmm/Interesting”, but was overruled by the artist.) It proved the final nail in Lester’s musical career. “Cinema Mortalis” was soundly ignored by the audience, and Lester vowed never to record again – a rising R&B star whose flame burned out too quickly.

See?  Not a single word about the debacle that was my cameo on Family Matters!  Galling.

2:33:41-2:46:03: Graeme gives us a preview of the amazing work you can now see on our Tumblr, leading to an all-too-brief conversation about the genius that is Bob Haney, and some of the weirdness about Marvel’s NYCC announcements.
2:46:03-end: “We got so far away from saying goodbye.” No, it’s not a song from Jeff’s album, that’s something we actually said. (Wolkin’s right, we do write this shit ourselves!) And it’s a sign that we really do need to be going. But, let us not forget: Tote bags! Places to look for us at—Stitcher! iTunes! Twitter! Tumblr again! and, of course, on Patreon where, as of this count, 82 patrons make this whole thing possible.  (And where our $10 and up patrons just got an exclusive video podcast from the Waffle Window!)

Okay, here’s the link. No idea if it’ll turn into a magical noise-playing thing so I’ll also add the link in a comment below all this nonsense so you can get to listening!

Thanks, and, as always, we hope you enjoy!