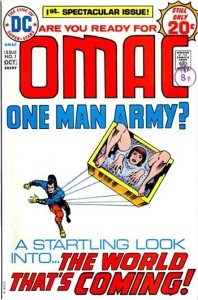 Hey, everybody!  Here’s a laugh  for you — Graeme and I have been racing around like lunatics to get this launch set up so it can go live on this day, setting up a Tumblr, setting up a Twitter, setting up a Patreon page so that people who want us to beat our previous record of 150+ episodes can help us do so,  and, with the help of friends and family, getting this new website in place.  Seriously, this WP theme we’ve got working can really kick out the jams:  I can embed podcasts in their own entries, we can have a rotating series of entries on our top banner…

And I know how to work none of it.  And since Graeme and Kate are offline for the night and I want this to get launched on the first day of June… I’m going to be kicking it old school.  Which is to say: incompetently.

And to top things off, I didn’t even mean to bite Graeme’s opening entry by using the (kinda dinky?) image that I did…it’s just that Photobucket is acting broken and I can’t upload some lovely art from the new Flash Gordon series by Jeff Parker, Evan “Doc” Shaner, Jordie Bellaire and others.  Or at least I can’t yet…maybe by tomorrow, we’ll have worked out the bugs?

Anyway, since we don’t have to worry about pushing aside other fine collaborators, how about we get straight into the show notes, yeah?

Okay, so yeah.  Man, I wish I could do this with all the high-falutin’ stuff this website can do, but I’ll just link to the episode again down here like I did up top?  That’ll do for now, right?  Hopefully, we can give you a bit more to work with very soon.

So, yes.  As always: THANK YOU FOR LISTENING.  Yes, I thought I would be all yell-y about that.  I hope you’re as glad to have us back as we are!