http://theworkingdraft.com/media/podcasts/WaitWhat165.mp3 It’s funny, the unintended consequences thing:  the youtube video was supposed to be worked into our podcast conversation as per the request/behest of Mr. Graeme McMillan, but I wasn’t able to do that because… 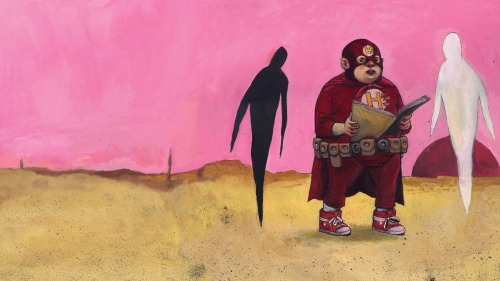 Hey, hey, we’re the Wrenchies…people say we’ll wrench you around…

Hello, everyone!  My computer is acting a wee bit erratically today—I’m thinking it’s the mistake of trying to upload 547 files to Dropbox all at a go, but who knows for sure—so I’m gonna get right to the show notes, if you don’t mind.  Remember:  if you just want the link to the podcast for your own downloading/making-a-secret-weapon purposes, just go to the VERY FIRST COMMENT.

(Note to self: DO NOT FORGET TO PUT LINK TO THE SHOW IN THE VERY FIRST COMMENT.)

And with that, we’re off!

00:00-2:52: Greetings! Oh, the weather outside is frightful (in Portland) but having an Internet kill switch makes Graeme delightful, so…uh, I don’t know the rest of the song? I think it’s something about having no particular place to go? Man, “Let It Snow” is a harsh, harsh song: men and women on the edge of homelessness trapped in a snow storm with their own choices being starvation or cannibalism! No wonder everyone likes that “conceal, don’t feel” song so much. Snow-related songs are grim.
2:52-12:02: Jeff’s been to the comic store for the first time in a few weeks and here’s a thing: we have trouble remembering all the stuff we meant to buy until we get home. Mentioned and discussed (and forgotten in a few cases): Gotham Academy #2, Outcast by Kirkman and Azaceta; “Kirkmanitis,” and more. One of the things I realize now we should’ve talked about is when we decide to just hold off on getting the forgotten book until next time, and when we buy the book digitally.  (As I did with that third Multiversity issue and I think Graeme’s also done?  Like I said, we shoulda talked about it.) 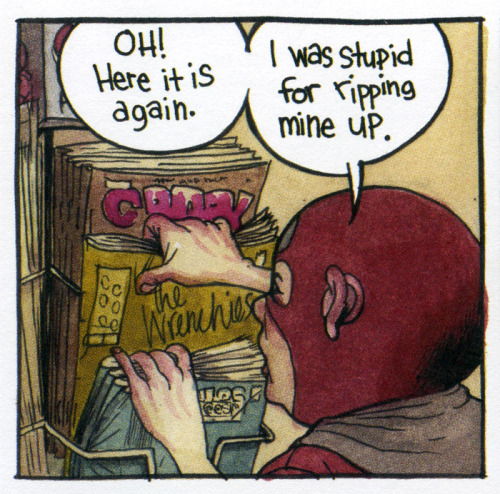 Sort of a nice transition panel choice here, I think….

12:02-59:11: Here comes a stealth transition to talking about The Wrenchies

, the truly noteworthy graphic novel from Farel Dalrymple published by First Second. One of us loved it, one of us did not, and yet both of us are telling you to read it: how does that work, exactly? Find out here as Graeme and Jeff dig in deep to this remarkable book. Discussed: Jonathan Lethem; Philip K. Dick; The Divine Invasion and The Three Stigmata of Palmer Eldritch; self-destructive narratives; Flex Mentallo; The Filth; Grant Morrison; Too Many Cooks (and yes, I just spent another 11:11 watching it again to get that link); our relationship to despair; late ‘80s X-Men; the inherent ambiguity of “comic book-y” material; The Rise of Aurora West; First Second Books; having things you say on the Internet taken the wrong way; and much, much more. Is this possibly our longest talk on a single book ever? It might be!
59:11-1:08:41: And then we go on to talk about Superior Iron Man #1 by Tom Taylor and Yildiray Cinar; Bucky Barnes The Winter Soldier #1 by Ales Kot and Marco Rudy; Captain America and the Mighty Avengers #1 by Al Ewing and Luke Ross, but none of them for nearly as long as The Wrenchies.
1:08:41-1:25:02: And, as long as we’re talking Marvel, we also decide to talk about Captain Marvel: success or social media success? We talk Captain Marvel, Ms. Marvel, Spider-Girl, The Death of Wolverine, Inhumanity (and, more particularly, Inhumanity on Marvel Unlimited); and the nearly criminal lack of Marvel Two-In-One on Marvel Unlimited.  (Seriously, it’s heart-breaking.)
1:25:02-1:52:12: “Okay, let’s talk about Avengers, then.” And with that, we continue our re-read of the first 300 issues of Avengers, this time covering Avengers #251-277 by (largely) Roger Stern, John Buscema, Tom Palmer and editor Mark Gruenwald. An amazing run…but why did Jeff find himself wishing he was reading Chris Claremont comics instead?  Discussued: A Skrull saga in space (again), The Masters of Evil (again), In The Case of Change v. Illusion of Change; X-Men Forever (all on Marvel Unlimited!); a slam against the Justice League; and much more.
1:52:12-2:03:25: Jeff has just started reading The Secret History of Wonder Woman

by Jill Lepore; a fascinating, intensely readable and yet also glib overview of the life of Charles Moulton Marston; and Graeme talks a bit about an upcoming article he’s writing about the Five Most Powerful Comic Book Writers in Hollywood, and about corresponding with Robert Kirkman, Brian Bendis, Mark Millar, Geoff Johns, and Chris Claremont. But also: Lemire! Jodorowsky! And as a bonus, a good review from Graeme about a very good Earth One title coming out from DC, and more.
2:03:25-end: Closing comments! Light applause! What’s on our website! What’s coming to our website! And, as always, our thanks and appreciation to everyone who’s contributed to us on Patreon (where, as of this count, 83 patrons make this whole thing possible.) It’s The Great Tote Bags, Charlie Brown! Places to look for us at—Stitcher! iTunes! Twitter and Tumblr!

Thanks for checking in and we’ll see you in (probably) another two weeks!