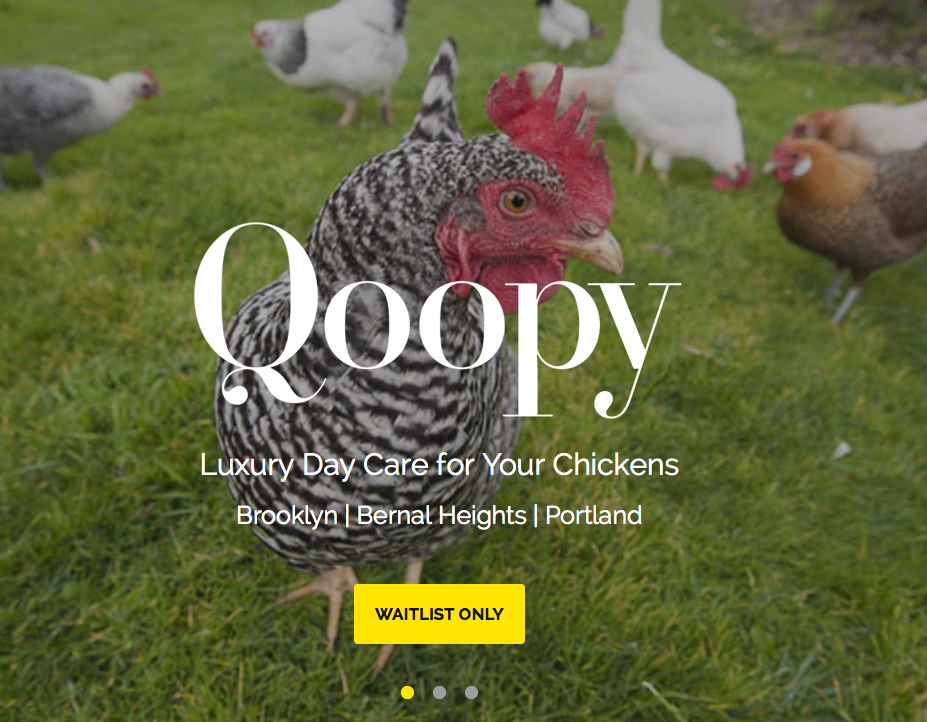 00:00-6:19: Greetings from Jeff “Cute Bree” Lester and Graeme “or could it be Bree Cute?” McMillan, who are here to tell you about the Patreon security breach in the most indirect way possible!  Also, if you listen closely (okay, not that closely—you pretty much just have to listen), you can hear Graeme read the names from the Wait, What? Hall of Thank Yous, wherein the names of our contributing patrons have been inscribed.  Thank you, patrons!

6:19-7:29: Are we having internet troubles, or is Jeff just an idiot?  Hmm, tough call, tough call (no pun intended). So we spend a minute or two trying to figure out if we’ll need to skype one another back or not.  (Spoilers: we do, though not quite yet.) 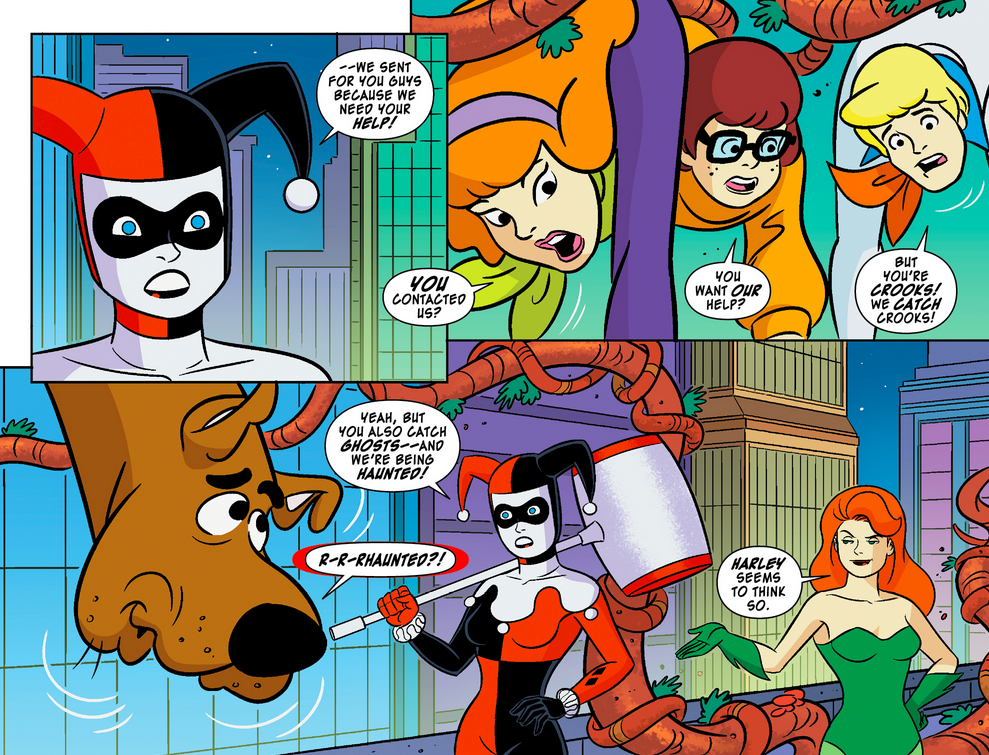 7:29-17:05:  “Hey, Jeff!” sez Graeme. “Have you read new comics this week or, like me, have you just been reading old comics?” Jeff has run down the list of books that he’s read, most of which are new or newish, Thanks to the way Jeff presented it (as “that $30 issue of Scooby-Doo Team-Up”), Graeme wants a few more details about that book, about which you might already know (and Graeme did too).  SPOILERS for the super-special guest stars of this issue.  This in turn leads to a quick discussion of the launch of DC Superhero Girls, and the first webisode which doesn’t look especially easy to embed otherwise we’d be doing it here.  Also mentioned more or less in passing: APE was happening just a few days after we recorded (and has wrapped by the time I write this) and New York Comic-Con is right around the corner.  Jeff has a slightly muddled history of the Alternative Press Expo for you, we discuss why it’s so damn difficult to have a comic book convention in San Francisco, and then…
17:05-17:34: We decide to jump off the line and try again since one of us is cutting out a bit on the other (although we’re happy to say you can’t hear it in the recording at all) so that bring us to…
17:34-24:03: Greetings, part two!  We’re back almost as soon as we left to talk discuss, well, how gullible is Jeff really?  And this leads into a discussion of made-up technology and apps that clearly don’t exist in the real world but are just spoofs designed to satirize today’s culture, such as Qoopy, or Peeple or Snapchat or Ello. 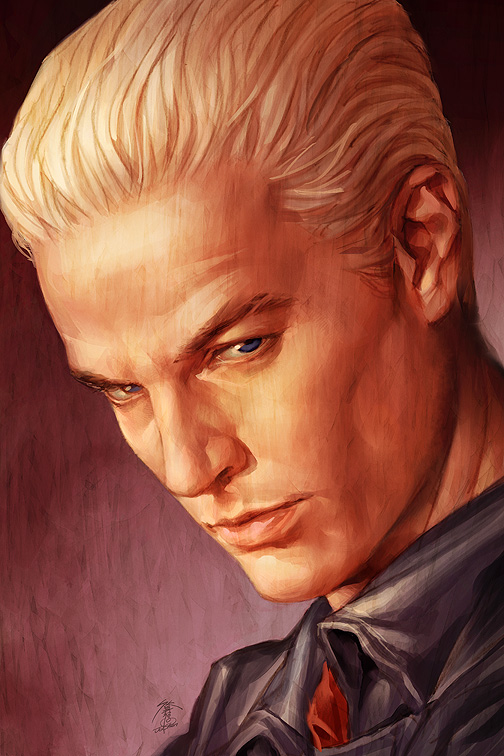 24:03-48:02: “Graeme!” sez Jeff.  “You’d asked me about comics I’d read.  Do you want to tell me what  comics you’ve read, and should we talk about, like, the comics?” And you think that would lead us into talking about exactly that—in no small part because Jeff wants to—but because Jeff hadn’t heard about the story by Janelle Asselin that broke over at Graphic Policy about Scott Allie’s history of alleged assault at comic conventions, Graeme recaps the story. So we talk about this situation, some of the other stories that have recently come to light in the comics industry, and about the struggle to find nuance without using that as a way to freeze out, ignore, or invalidate those who step forward. Also discussed: owning up to stuff, having to own up to stuff, apologizing to Ridley Scott, and more.
48:02-55:04:  “Let’s see,” sez Graeme.  “You asked what comics I’d read, didn’t you?” Graeme talks briefly about Sandman Overture #6 by Neil Gaiman and J.H. Williams III; we bemoan the change-up of Skull The Slayer by Steve Englehart and the wrap-up by Bill Mantlo; and we mention more or less in passing the Steve Englehart issues of JLA. 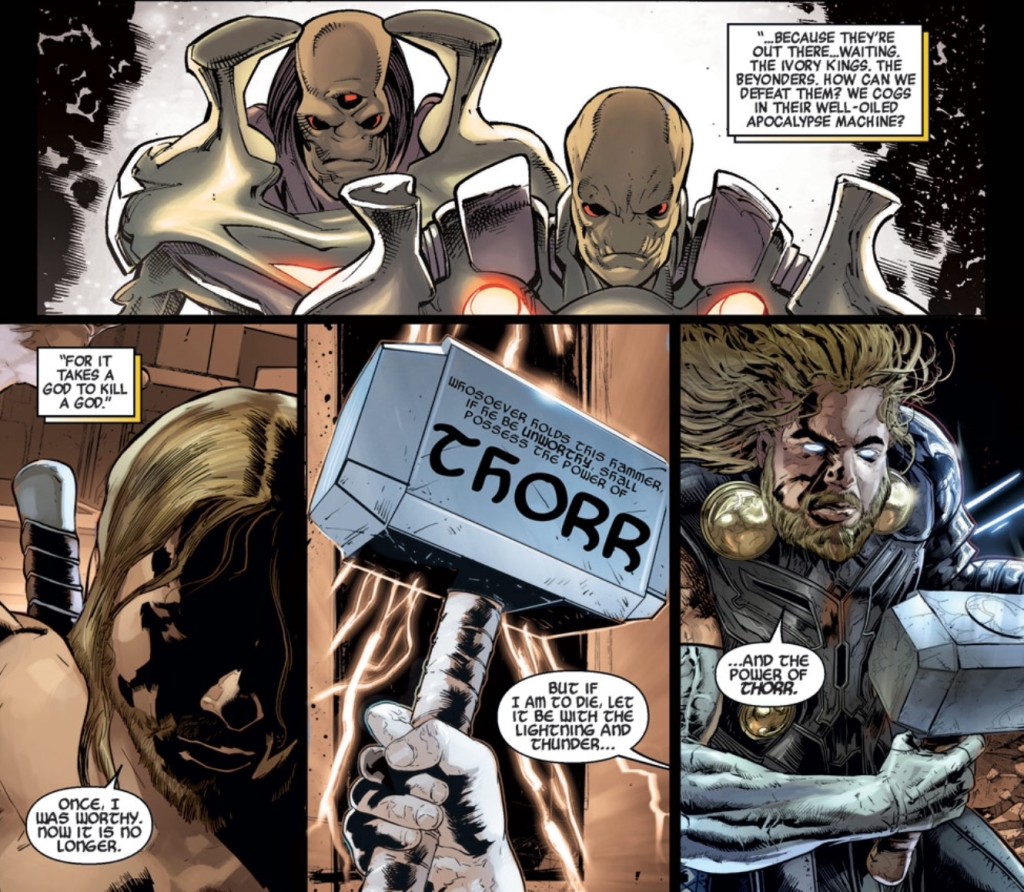 55:04-1:26:05:  All of which leads Graeme to read (thanks to his magical library system) Time Runs Out, Jonathan Hickman’s closing arc to Avengers and New Avengers, which Graeme spends a certain amount of time dissecting and trying to wrap his brain around.  Discussed:  crazy dialogue, Mark Millar worship, Hickman’s concept of characterization, and how it pertains to his versions of Captain America and Iron Man; the appeal of ambition and the long game; a loosey-goosey comparison of Fraction’s Fear Itself and Hickman’s Secret Wars, as well as the Marvel work of Fraction and Hickman; the presence of irony; why it might not be the best idea to tie your event into a story that happened thirty years ago; and more.
1:26:05-1:37:19: “So what’s really interesting is comparing all of that to Remender in Rage of Ultron,” sez Graeme, and then vents a bit more about Avengers: Rage of Ultron by Rick Remender,  Jerome Opena, Pepe Larraz, and Mark Morales.  We discuss the characterization of Hank Pym, comics and wrestling with a great point from Graeme about wrestling; Sense and Sensible Rebooting starring The Vision; the new Daredevil series being written by Charles Soule; and more. 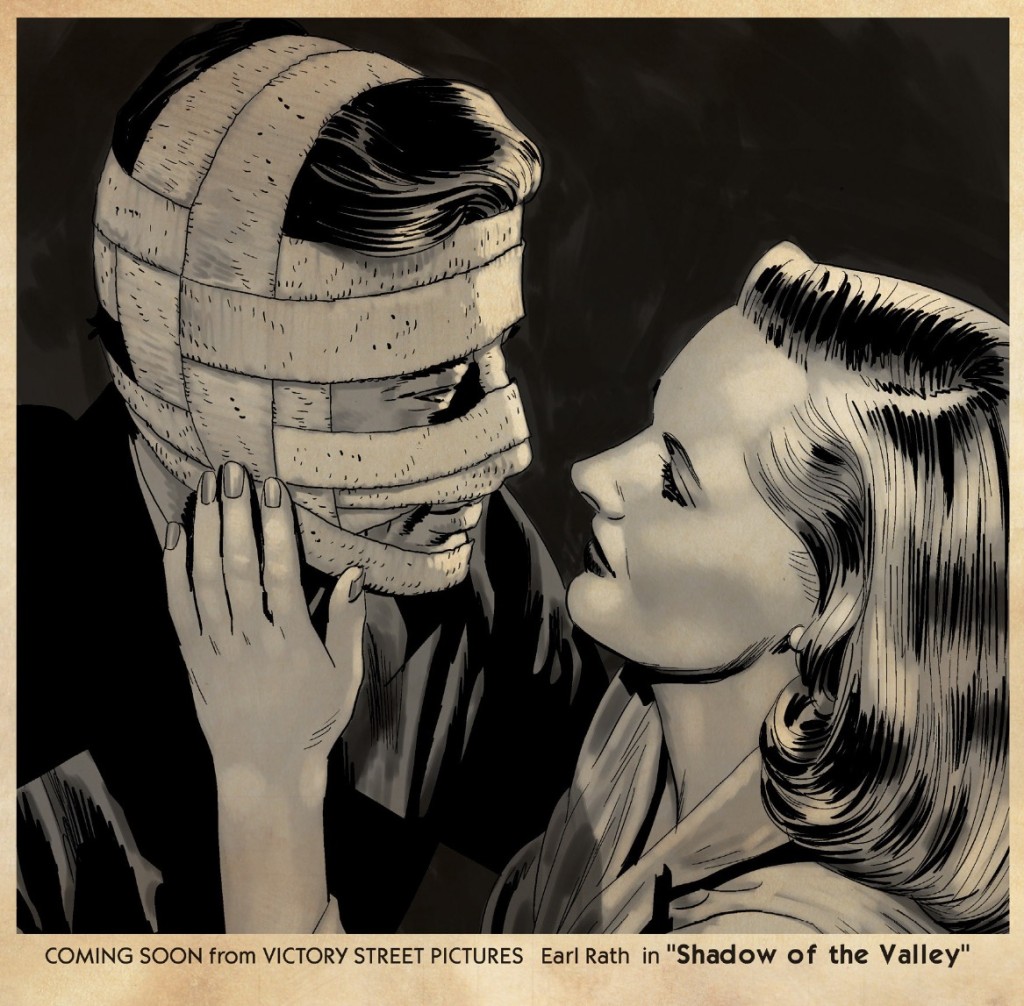 1:37:19-2:02:04:  All this talk of continuity in comics and how long readers should be expected to remember things or creators should be expected to keep consistent with previous characterizations leads to a more personal revelation from Jeff: after years and years of reading comics series in print, it’s probably become time for him to make the transition to digital, thanks to experiences he’s had reading The Fade Out, Nameless, and The Walking Dead in digital as opposed to print.  Why digital over floppies? Why digital over trades? Irresponsible reader? Irresponsible customer? Or just an old fart?  YOU DECIDE.
2:02:04-end: Closing comments! Or it would be if we didn’t revisit the Scott Allie situation as his first statement had been released since the time we talked about the situation ninety minutes earlier!  Stitcher! Itunes! Twitter together and separately: Graeme and Jeff!  Matt! Tumblr!  And, of course, on Patreon where, as of this count, 109 patrons make this whole thing possible!  We will be back next week! 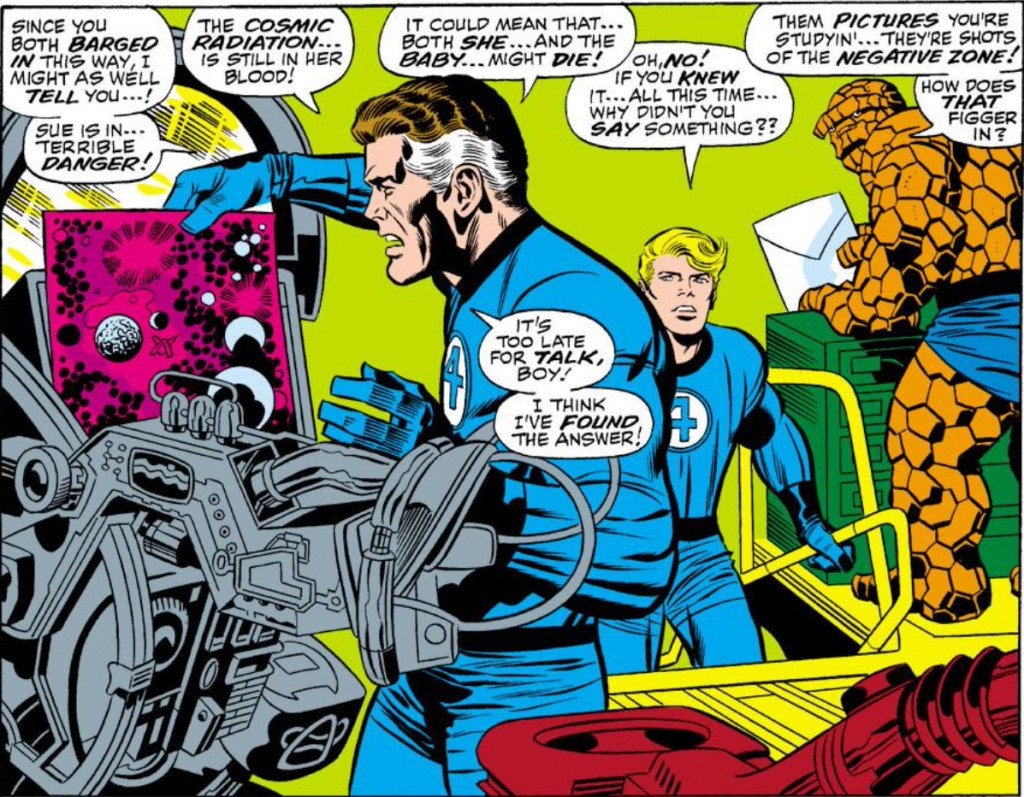 Next week:  A new Baxter Building!  Read up on issues #82-87 and Annual #6 of the Fantastic Four and join us for a monthly dose of semi-historical comic analyses!

And, since the player is once again being overembeddy, check out the first comment in the thread if you need a direct link to the episode for your cutting and pasting purposes!