0:00-16:39: Greetings!  Now longer are we dawdling walruses of last week, unsure of where and how to start.  No, this week we are back to being lithe jungle cats, quick to leap on our conversational prey, which means you are quickly whisked away into a world in which Graeme received a copy of Transformers The Motion Picture 30th Anniversary DVD and tries to make it through the special features.  And this leads to a discussion of buying and re-buying the same movie/book/graphic novel/whatever, including a discussion of DC’s Absolute format, Jeff’s ogling of the iPad Pro, and more. 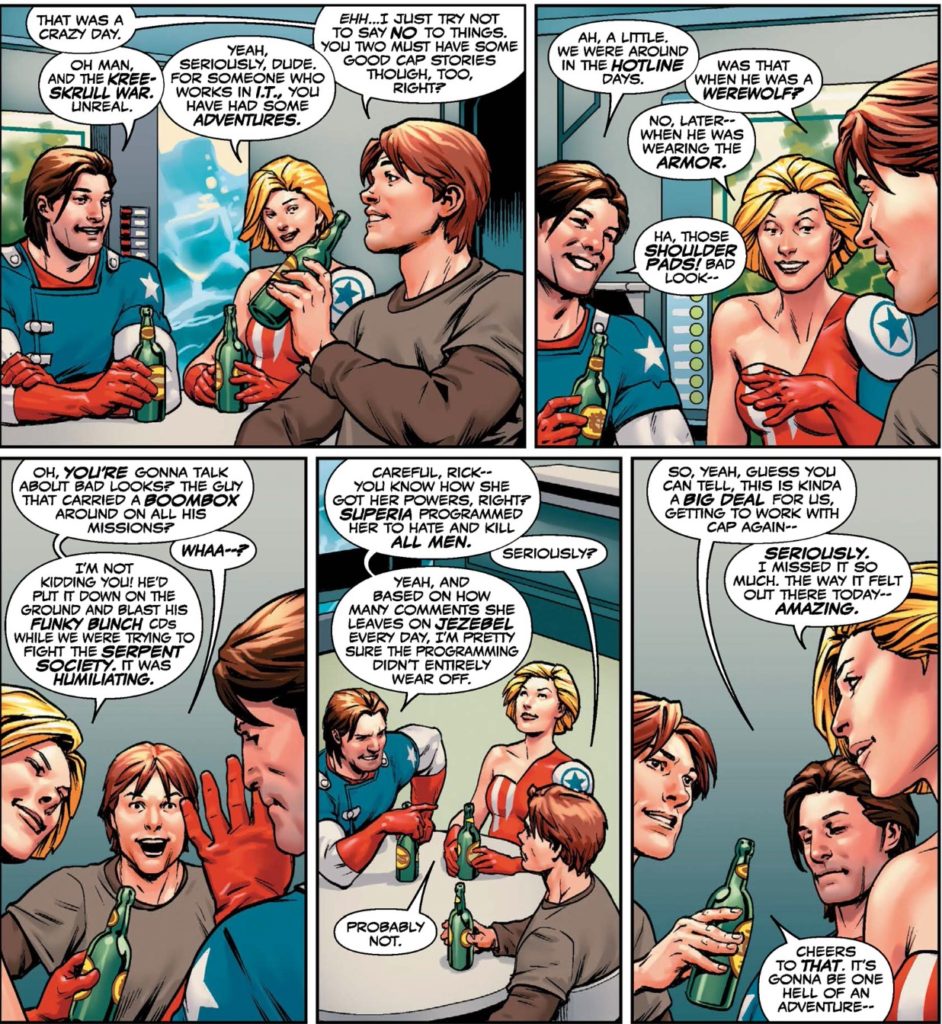 16:39-38:16: Which leads into the stuff we’ve been reading, with Jeff talking a bit about Captain America: Steve Rogers #1 by Nick Spencer and Jesús Saiz (just out on Marvel Unlmited); which Graeme contrasted with the Armor Wars/Stark Wars storyline of Iron Man by David Micheline and Bob Layton from long ago, some of the old issues of Marvel Spotlight featuring the Son of Satan.  How densely packed the comics of yesteryear!  How much less focused! Also discussed:  supporting characters, a weird re-working of the Bechdel test, the upcoming Batman Annual, the current Suicide Squad comic, and more. 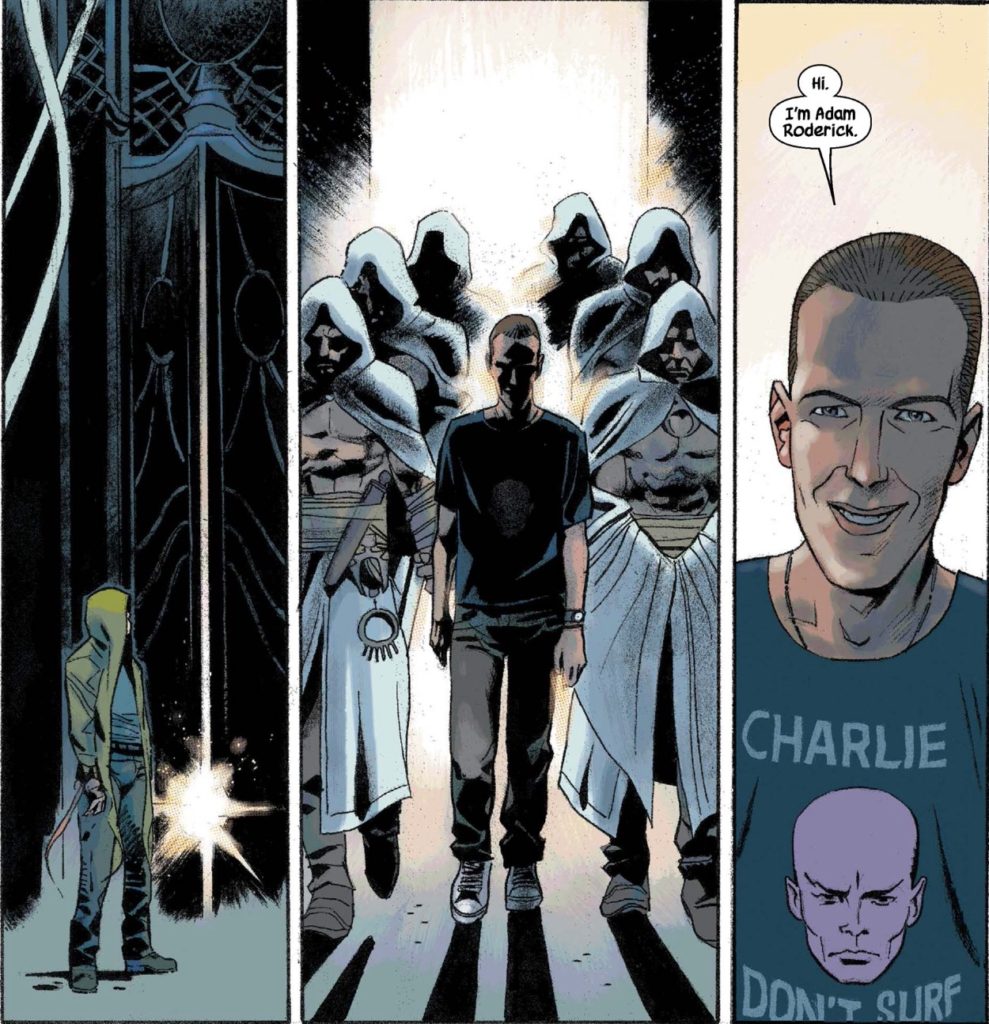 38:16-49:37: Also! Jeff read the first four issues of Karnak by Warren Ellis, Gerardo Zaffino, and Roland Boschi.  As it turns out, because Karnak #4 hit Marvel Unlimited, Graeme also read those first four issues this week.  So we sit down and have quite a Karnak klatch, spiraling out to talk about Ennis and his upcoming Wild Storm project for DC, rumors about who will or won’t be working on it, and more.
49:37-56:30: Which somehow leads us back to Captain America: Steve Rogers and the second issue that Graeme has read, but Jeff still hasn’t. but turns yet again into a discussion about Rick Jones and all the horrible fads he ends up stuck with, and how Snapper Carr managed to end up being cooler than Jones just by not existing.
56:30-1:08:32:  Graeme feels compelled to remind Jeff what issues of Fantastic Four we’re going to be reading for Baxter Building, which is apparently news to Jeff based on his startled gasp.  (Issues #217-231!)  And Graeme has also read the upcoming first issue of the new New Talent Showcase from DC, and the “conclusion” of the current Wonder Woman storyline that does not feel like a conclusion to Graeme at all.  Also discussed:  Greg Rucka and retconning the John Byrne way;  similar changes going on over in the Superman books; Jeff’s reading of Superwoman; and more.
1:08:32-1:23:11: Speaking of DC books, Jeff just finished that first arc of Batgirl by Hope Larson and Rafael Albuquerque and Jeff is…pretty underwhelmed but curious:  what did Graeme, who recommended the book, think?  The answer may surprise you!  Also discussed:  the joys of digital, Love at Fourteen, vol. 1 by Fuka Mizutani; the horrors of Diamond Previews; and more. 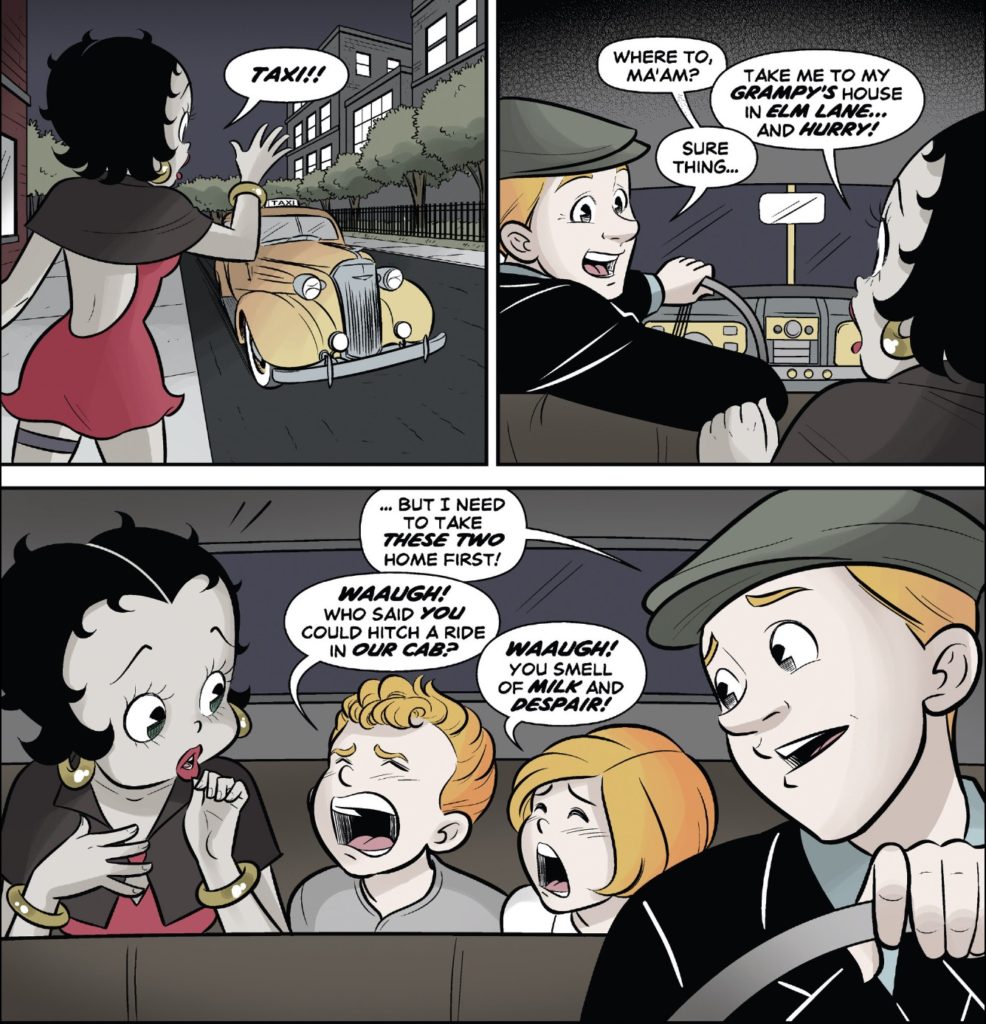 1:23:11-1:28:13: “Hey, I don’t suppose you read Betty Boop #1, did you?” asks Jeff out of nowhere but because this is the the week it is, Graeme says, “I have!  I’ve read the first two issues, actually.”  So we’re off to the races with a discussion of the Dynamite incarnation of everyone’s favorite pliable intellectual property courtesy of Roger Langridge and Gisèle Lagacé. 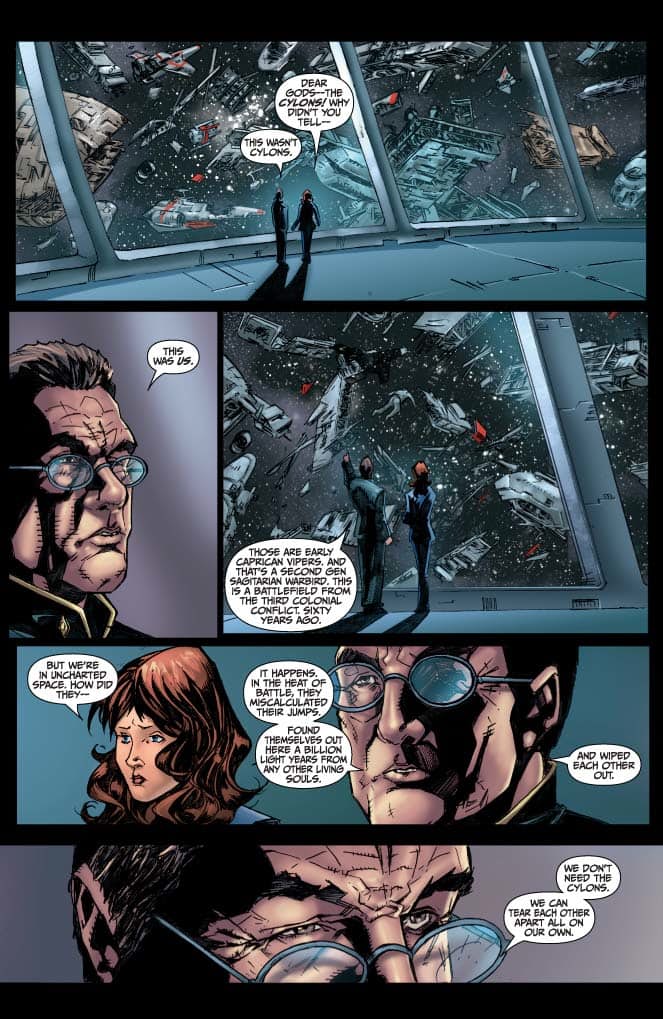 1:28:13-1:56:50: Sadly, when Graeme says, “hey, you know what I have been reading recently?  Greg Pak’s Battlestar Galactica!” this is the note kind of week where Jeff then says, “Hey, me too!” But we do go on to discuss Pak’s BSG series, as well as a discussion on a possible sweet spot for licensed comics, including Tarzan on the Planet of the Apes, Star Trek Beyond, Zootopia, Transformers: More Than Meets The Eye, X-Men: Apocalypse, a very brief digression about Gilmore Girls: A Year in the Life, some of the video games Jeff wants licensed comics for, the licensed video games work of Garth Ennis now and then, and more. 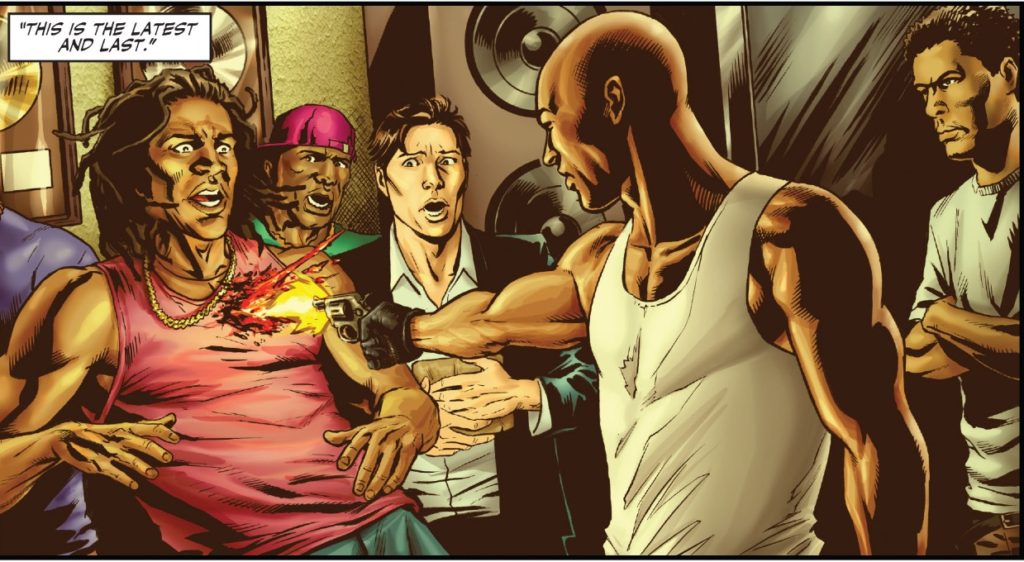 1:56:50-2:31:51:  Hey, do you miss those good old days where we’d make noises like it was the end of the podcast, and then a new subject came up and we’d just keep going?  If so, then THIS IS YOUR LUCKY PODCAST, WHATNAUT!  First, it’s some talk about Black Friday comic book sales, both in digital and print. Jeff mentions enjoying some comics he bought on one such sale, the first four issues of Red Team: Double Tap and Center Mass by Garth Ennis and Craig Cermak, and Graeme makes a comment about Ennis phoning shit in, and hoo boy are we off to the races.  Join us for an extended battle of the straw men, as Graeme and I slug it out over the later careers of Garth Ennis and Warren Ellis.  As you might expect, Graeme makes some excellent points, Jeff just keeps on kicking and slugging anyway, and only the surprise revelation of his mystery gift for Graeme redeems him.
2:31:51-end: Okay, no really, this time:  closing comments! Next week will be a Q&A session so please feel free to tweet or email us your questions. Look for us on  Stitcher! Itunes! Twitter together and separately: Graeme and Jeff! Matt! Tumblr,  and  on Patreon where a wonderful group of people make this all possible, including the kind crew at American Ninth Art Studios and Empress Audrey, Queen of the Galaxy, to whom we are especially grateful for their continuing support of this podcast.
Next week:  Baxter Building!  We are reading Fantastic Four issues #217-231!  Join us, won’t you?