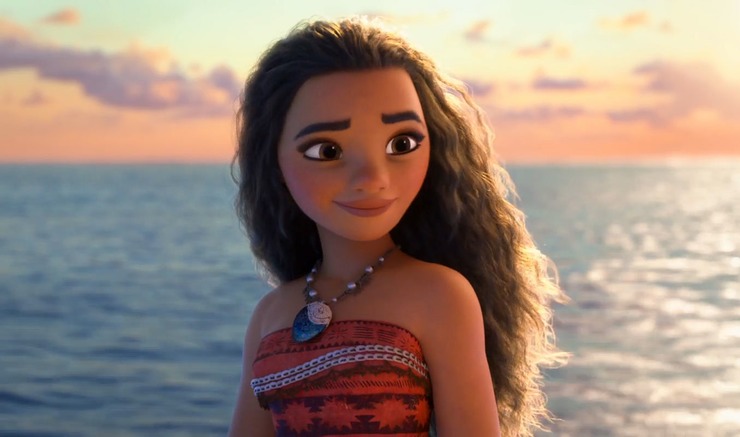 We took a family vacation to Colonial Williamsburg for Thanksgiving week. And when you travel with kids to a non-theme-park, non-beach vacation, you will almost inevitably find yourself trying to fill up at least one or two days. Hence, movie day. Which is how I wound up going to see Disney’s Moana in theaters despite knowing virtually nothing about it.

I left the theater knowing that I had really enjoyed it, but I did not expect to still be thinking about it a week later, and choosing to listen to the soundtrack on Spotify even without my children around. And yet here we are. Below are a bunch of the reasons it worked so well for me, which inevitably contain plot details and potential spoilers. Up here, I’ll summarize with this anecdote:

I’ve been skeptical of the endless, breathless hype around Hamilton. It seemed to me that there was literally no way it could live up to what I’ve heard about, no chance that I’d have the same reaction as the people who saw it totally cold. Lin-Manuel Miranda’s musical contributions to Moana were so strong that it totally turned me around, and left me as desperate to see Hamilton as every other squishy liberal NPR listener. It’s really that good, and you should go see it.

(Oh, and I know Moana isn’t a comic, but … I dunno. Graeme mentioned Zootopia on a podcast a couple weeks back and that’s by the same people. That’s my tenuous connection. I’ll get back to catching up with the DC Rebirth books soon, in case you were worried about that. They continue to get farther away from me as I chase doggedly after.)

Before I get to my stupidly effusive praise, a whole bunch of caveats:

Caveat The First: I had no expectations of this film, so it had nothing to surpass. Simply by having read this far, you are already expecting far more from it than I was, giving it much more room to fail.

Caveat The Second: As has been painfully established over my year-plus writing on this site, I am a total 100% mark for well-made middlebrow mainstream entertainment, and this–like most of what Disney has recently churned out–absolutely is that.

Caveat The Third: I have been a neurotic, terrified mess since the election, so I was particularly susceptible to an uplifting story of woman-led hope and progress. (I actually feel like the release date here was chosen expecting that the film would play for Hillary Clinton’s America.)

Caveat The Fourth: I mean, look. It’s a kids’ movie that I saw on a family vacation. If you have kids, or have travelled with someone else’s for some weird reason, you know that any excuse to sit for 90 minutes in relative peace in the dark seems like a luxury.

So it’s entirely possible that I was just situationally made into the perfect target for this movie’s sinister charms. But I don’t think so! I think there was a lot of good stuff here, and I’m going to list out some of that stuff in no particular order!

1) The music is terrific. I covered this in the intro, but want to double down on it here. Miranda works with Samoan singer Opetaia Tavita Foa’i (and his band Te Vaka) to pull together songs with genuinely engaging hip-hop inflected wordplay, Polynesian drumming and vocal harmonies, and that good ol’ Disney manipulativeness. Moana’s statement-of-purpose ballad “How Far I’ll Go” gets not just one but two dramatic reprises, and manages to extract the intended emotions each time. It’s impressive stuff, and all the more impressive for its versatility, like….

2) The glam-rock crab doing a note-perfect Bowie imitation. Jemaine Clement performs a tune that Miranda wrote as both a tribute to David Bowie and a classic Disney villain song, and it is … I mean, if I’m being honest it might be my least favorite song in the film, but it’s Jemaine Clement’s Bowie impersonation, which is great. So that’s fun.

3) The coconut pirates. Coconuts! That are pirates! That eventually wind up being the focus of an action setpiece that’s an overt homage to Fury Road! It is great. 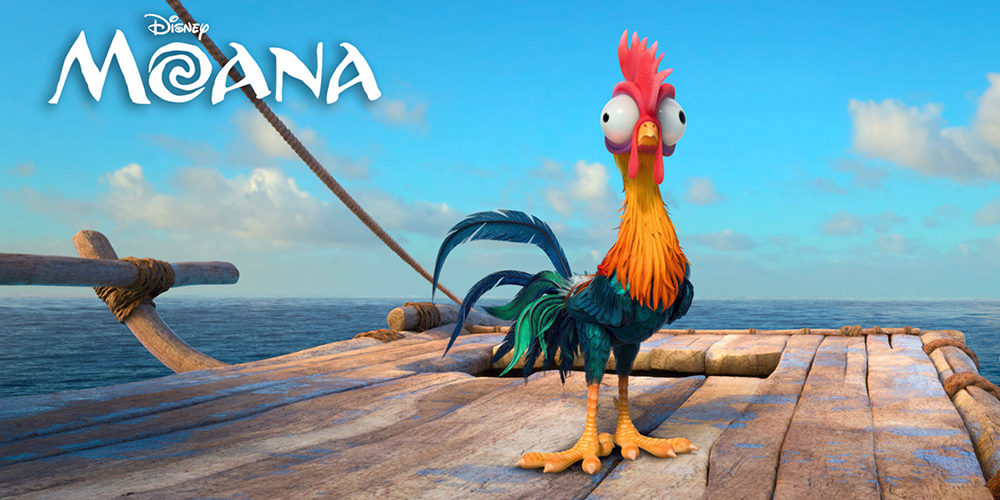 5) The Rock can sing. There’s a bit of Hollywood wisdom that dictates that Dwayne “The Rock” Johnson is one of the most charismatic people in the entire entertainment industry. Much like with Hamilton but for a vastly longer time, I have not quite bought in to that. He definitely has a competent action-comedy charm, but I’ve never seen him in anything that really dazzled me. Until this. Co-starring as Maui the Demigod, he only has one solo song here, but he absolutely kills it, not just delivering something workmanlike and solid, but making the song sound cheerful and effortless, even with a complicated Miranda-penned syncopated motormouth rap breakdown in the middle. It’s an impressive performance.

6) There’s an adorable pig. It doesn’t get enough screentime, but it is adorable. LOOK!

7) Moana is self-assured and competent. She gets a heroic journey (of course!) and she is plagued by some questions about her destiny (of course!) and she is plucky and brave and determined (of course!). But she is NOT lovestruck. (In fact, blissfully, there is NO love interest in this story at all.) She is NOT clumsy. (Although every time she does some elaborate cliffside acrobatics, I expected her to, WHOOPS!, trip over her feet or whatever. I hadn’t realized how ingrained that trope has gotten.) She is NOT plagued by childhood tragedy. She is NOT forced to step aside for a more interesting male’s story. She’s a fun character to watch, and I was very happy that my daughter responded to her.

8) Jango Fett is Moana’s father. I don’t know why this makes me happy, but it does.

9) It looks glorious. It probably goes without saying at this point, but this thing looks beautiful. I could watch it again and only stare at the way they animate the water alone.

10) The final battle. [ENDING SPOILER HERE SO BE CAUTIOUS AND STOP READING NOW] Yeah, I really like the recent trend toward endings that are resolved through empathy and understanding rather than shooting an even bigger gun, or throwing a giant monster through a hole in space. Moana strikes a similar tone in its ending to Kubo & the Two Strings, and it got me right in the ol’ feeling parts all over again.

Look, this thing isn’t going to win best picture or change the world or anything like that. But it’s a really lovely, enjoyable watch–and parents who are stuck with this on infinite replay instead of Frozen have no idea how lucky they are.

2 comments on “I Was A Drab Little Crab: Matt Writes About Moana For Some Reason”