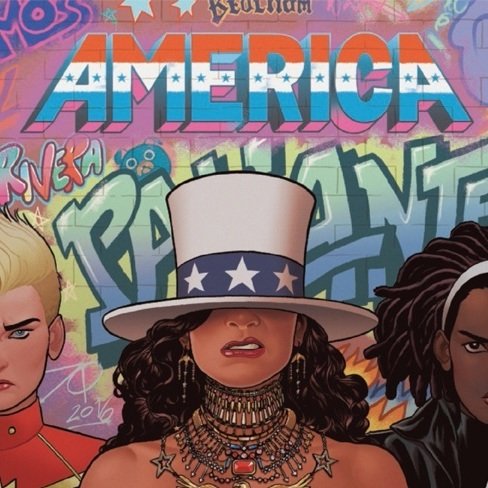 0:00-1:40:16: Greetings! Emergency greetings! Because the shit hit the fan at the end of last month, as far as Marvel goes, and then re-hit the fan on Friday, we thought it prudent to hold an emergency “What the fuck is happening with Marvel” episode.  Because it’s more or less all one topic, and because Jeff is a big diaper baby and thought he had a Sunday without editing, we aren’t doing show notes so much as a show note. This note. If you listen to this episode, you will hear us discuss Marvel’s reply to the X-Men Gold controversy, the public reply to Marvel’s earlier in the month controversy, and much, much more.  Trust us, you will be in for a wild ride, and by the end you will have even greater respect for Graeme McMillan’s patience with his mouthy, intemperate, not-especially-well-informed cotalk-host.
1:40:16-end: Closing Comments!  Look for us on  Stitcher! Itunes! Twitter together and separately: Graeme and Jeff! Matt! Tumblr,  and  on Patreon where a wonderful group of people make this all possible, including the kind crew at American Ninth Art Studios and Empress Audrey, Queen of the Galaxy, to whom we are especially grateful for their continuing support of this podcast.
Next week:  This time for sure:  Baxter Building! Issues #261-270!