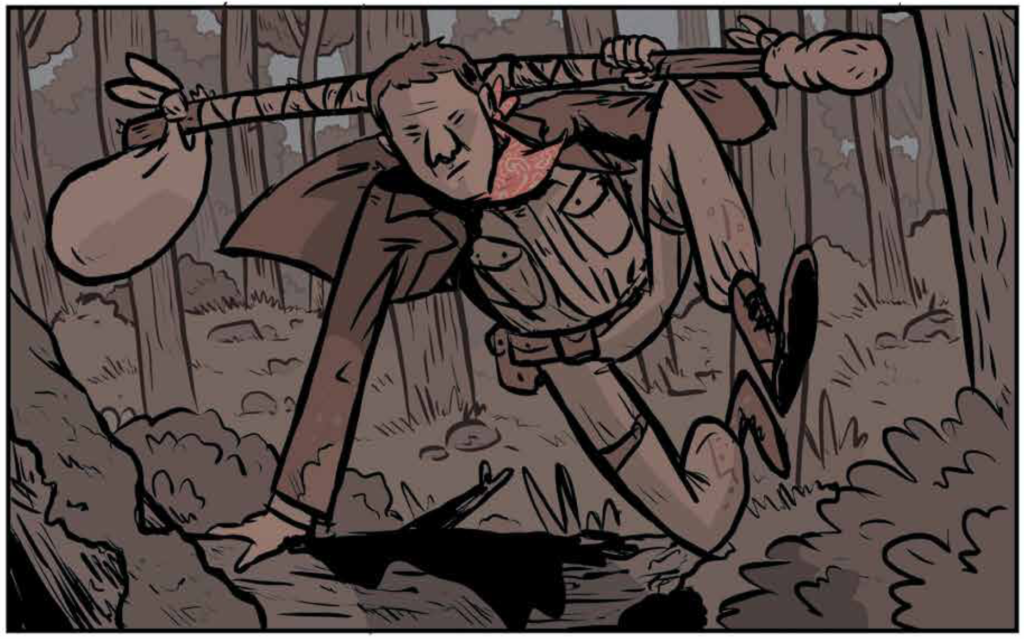 I’ve been a little cold on comics in general, lately. It happens to me every now and then–usually around big crossovers or when my backlog of unread stuff gets out of control (although I guess that’s a chicken-egg question). Most of what I’ve been enjoying these days are things like Saga and The Wicked + Divine–long-running books not connected to anything else–or the fun, lightweight stuff on Marvel Unlimited: Squirrel Girl, all of Al Ewing’s stuff, Mockingbird, Gwenpool, stuff like that.

Whenever this cooling happens, though, it brings what I think of as the Puff The Magic Dragon question in the back of my head: is this the time that my regular comic fix will make way for other toys? So far (obviously) that hasn’t happened. There’s always been something to pull me back. A title (Scott Pilgrim comes to mind) or a new creative direction (Grant Morrison on New X-Men) or even a new technological innovation (I think I would be all but done with monthly comics if it weren’t for digital).

But it’s been hard to see where something like that might come from this time. Marvel is mired in what looks increasingly like a death spiral. DC is cheerfully bogged down in the Rebirth project, which a lot of people seem to love, but which left me largely indifferent (as my failed attempts to get caught up probably show). Many of the creators I used to love have moved on to work that doesn’t resonate with me, and many of the newer folks getting regular work–aside from Ewing and Tom King–feel either fungible (I’ve confused Jeff Lemire and Ray Fawkes more times than I can count), committed to one book that I’m already reading (Ryan North, etc.), or pleasant-enough-to-read-on-Unlimited but not really anything that’s going to drag back my wandering attention.

I’m not sure why I forgot about Kyle Starks.

I was late to the party on Sexcastle, Starks’ last graphic novel, the same way I was late to the party on Scott Pilgrim, but it didn’t matter: the book was there waiting, and it wasn’t any worse for having sat around a little bit. And I loved it–it was a smart, funny action movie pastiche that regularly dipped into genuine emotions and surprising imagery. It left me wondering what Starks would do next, but apparently I didn’t remember that at all, because the first issue of his new book Rock Candy Mountain, a monthly ongoing from Image, took me pretty much totally by surprise.

Which may have been for the best, because the pitch doesn’t do much to grab me: “The world’s toughest hobo is searching through post-World War II America for the mythological Rock Candy Mountain, and he’s going to have to fight his way to get there.”

Real talk: I got all the hipster hobo comedy I could possibly need for the rest of my life by listening to the audiobook of Jon Hodgman’s The Areas of My Expertise. Period pieces in general can be hit or miss for me. And I had never heard of the mythological Rock Candy Mountain.

But this book got me on its side with a smartly-designed cover and won me over completely with its first panel. The opening sequence is perfect: it sets up an antagonist, establishes the comedic ultra-violent tone, lets you know there’s some supernatural weirdness in the background of the story, and gives you a perfect transition off to the main character, all in three pages. 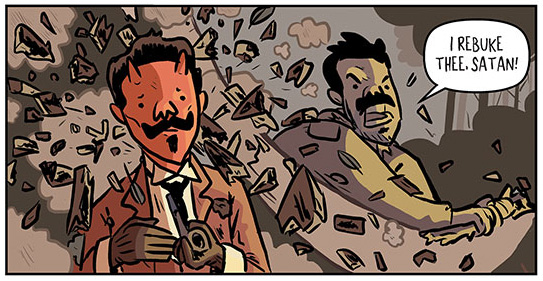 Then, a total palette shift (reds and yellows giving way to browns and pale blues) accompanied by a total tone shift (three wordless, rustic hobo-centric panels)–and then back to the higher register. It’s just really well-done cartooning, in that way that feels almost effortless. I’m sure it isn’t–I’m sure Starks (and colorist Chris Schweizer, along with designer Dylan Todd) put tremendous thought into all of this, but it does that magical trick of looking almost accidental.

Although the art styles couldn’t be more different (Starks is probably more Scott McCloud or Chris Samnee), something about that effortlessness put me in mind of the late Steve Dillon, an artist who I always felt was great precisely because he gave an almost completely transparent reading experience. (It’s a compliment, however poorly I’m phrasing it.)

The fun bits of Starks’ writing that stuck with me from Sexcastle–his perfect one-liners; a particular strain of deadpan–are both present here as well. (Which was good for me, because they helped keep all my worst hobo- and period-piece-related worries under control.) I’m not sure that this issue’s entry into the badass observation on a fight trope lives up to Sexcastle‘s “You brought a YOU to a ME fight,” but it comes much closer than I would’ve thought possible.

This, for the first time in what feels like a really long time, was a comic that I finished and immediately started again. It’s a book that just plain made me smile. Which was a nice feeling.

This is how it always goes, though: I let one World War II hobo-driven action-comedy get its hooks in me, and the next thing I know I’m neck deep in a terrible Green Lantern crossover. 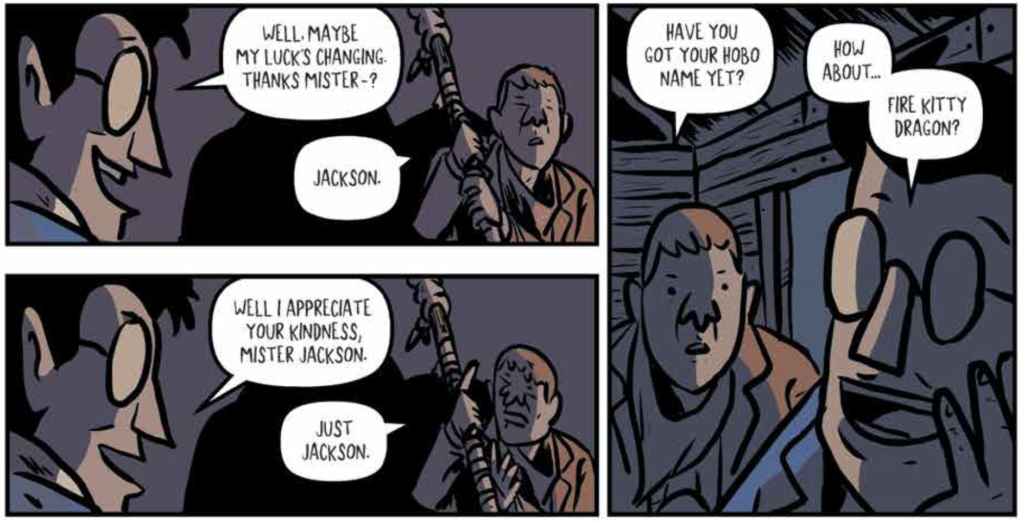