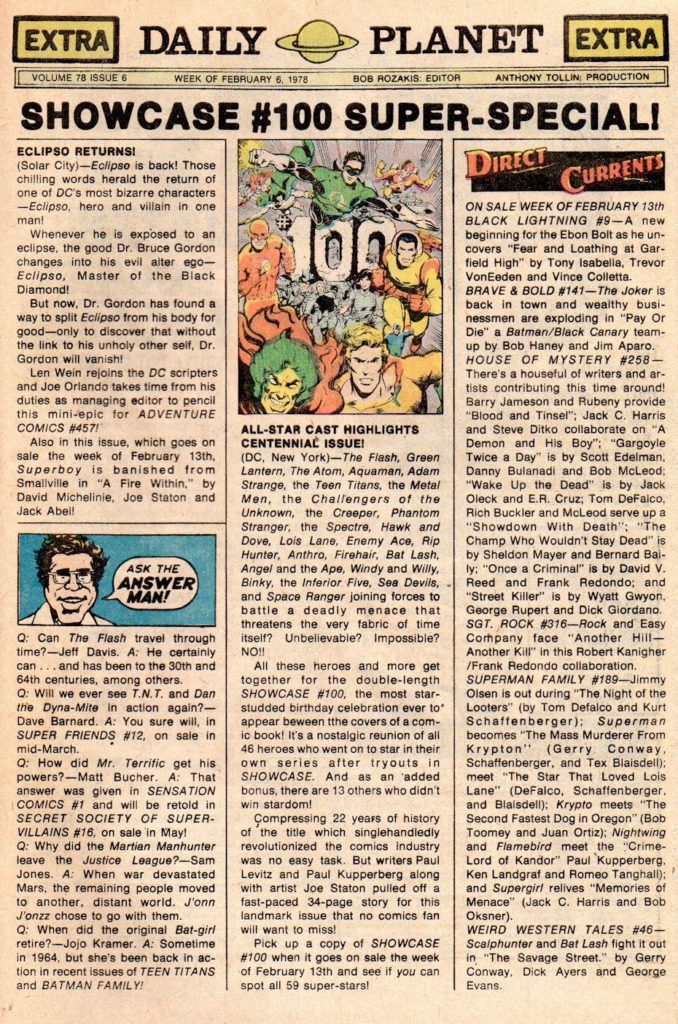 Lo, again it is the time!  Graeme “Rio” McMillan asked our fine supporters on Patreon for questions so that he and Jeff “Union of the Snake” Lester would answer here.  We got fourteen questions from our patrons, and surely—as Graeme puts it at the beginning of the episode—surely we can get through all fourteen questions in one episode, right?

Paul Spence starts us off with:

Jon Andrews has a request:

Can I get you guys to read Finder?

I can’t get anyone to read Finder.

I would settle just for issue #22 _Fight Scene_ (a replacement for Wolverine’s Origins Storyline that is 1,000 times more compeling).

I turn to you because no one hears my cries J

DC has eaten many other universes over the years (Charlton, Fawcett, Wildstorm, Milestone…etc) and with varying degrees of success incorporated them into itself. Is merging universes like this inherently impossible because of slightly different underlying assumptions?

Which two superhero universes would you want to see a merger of?

I read mostly Marvel, mostly Silver- and Bronze-Age stuff, but I like to dip my toe in the waters of the present from time to time.  I’ve heard good things about the following four series and would love to know your thoughts about them as I figure out what to read.

Also, is there one series from the last few years other than those I just listed that you (either or both of you) would recommend above all others?

Thanks, and keep up the good podcast!

In 1986, several of my favourite series, such as All-Star Squadron and Infinity Inc were ruined by the destruction of Earth 2 and the other infinite earths as they all merged into one in Crisis on Infinite Earths. The reason usually given for this was that DC continuity was too confusing and the infinite earths were too difficult for new readers to understand. My question is what exactly was so complicated and confusing about the old infinite earths that required this to be done? Especially when it is considered that most character histories (Hawkman, Legion of Superheroes etc.) only seemed to become more complicated afterwards (and much as I enjoy many books how about trying to explain current DC continuity to a new reader!) I could understand, and really liked, the alternate earths, JLA/JSA crossovers etc. and was only a boy pretty much getting random issues, as distribution to the UK was erratic before specialist comic shops were a thing – so was it really so confusing?

You are each exposed to ELEMENT-X and receive super abilities. HOWEVER according to the old fun comics rule they are powers that reflect who you are (Johnny is a hot head – human torch, etc etc etc)

What powers do you each have now?

Regarding Jeff’s assertion that Tom King doesn’t love Batman (and forgive me if my paraphrasing of Jeff’s argument inadvertently misstates said argument):

In your collective opinion, is it necessary for a writer to possess a great fondness for the character he’s writing about? As long as he displays an understanding of how that character works (even if it’s different from yours), his stories adequately lay out that understanding, and those stories provide some level of entertainment and hopefully a satisfying character arc, shouldn’t those things be what matter?

P.S. Is there a Patreon reward level I can upgrade to that would ensure that Jeff never, ever uses the phrase “dosh” ever again during his regular Patreon thank-yous? I know it’s a commonly accepted word, but for some reason it scrapes against my nerves in much the same way that King’s take on Batman seems to scrape against Jeff’s.

Lots of questions, for you to pick and choose from (or ignore entirely if you so choose!) clustered under a single theme:

An idea that gets floated every so often, without anyone ever taking it terribly seriously I think, but I’m curious:

With sales going the way they are, can you imagine a world in which Disney or Time Warner finally licensed out their Marvel/DC IP to other comics publishers (IDW, Boom, Dark Horse, whoever) so that they didn’t have to bother with the thankless and not at all lucrative task of publishing comics themselves?

Can’t imagine it’s on the horizon yet but there must be a sales level below which it makes more sense, isn’t there? Or is the direct market toast by then anyway so who cares?

Would it make any difference to you – if the only Batman comics were coming from IDW, the only Avengers from Boom, would it change how you felt about them at all?

And there you have it.  Join us in a week for Part 2, when we will (hopefully) finish the rest of the questions.  Place your bets now!