[Not actually the bear bathing image Jeff talks about in the episode,  but let’s roll with it]

0:01-15:53:  Greetings! After a very long time, Jeff “Japan!” Lester and Graeme “NYCC!” McMillan have returned after a hiatus!  And we’re starting off with a relatively detailed story about…kidney stones?! Wait, what?  (Plus: a patreon giveaway like no other?)
15:53-28:13: But, as mentioned in the shout quotes above, Jeff has also been to Japan, and Graeme has also been to NYCC, so we turn the topic to the strangeness that was this year’s New York Comic-Con, which Graeme attended, and why, if nothing else, he thinks that show may have replaced San Diego Comic-Con as the year’s TV and movie convention. 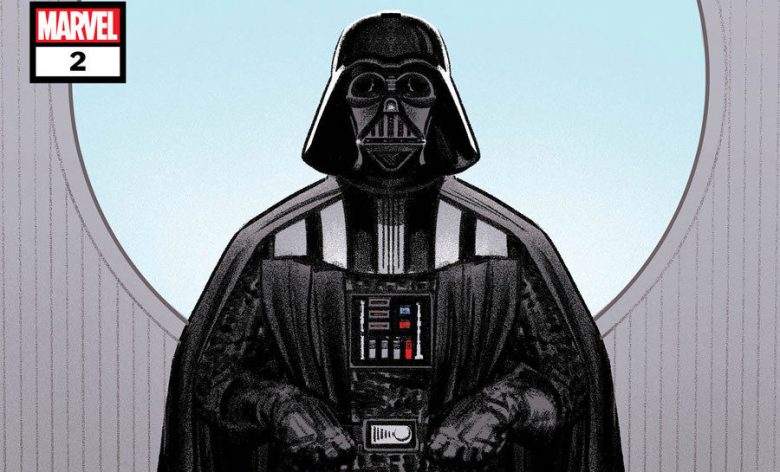 28:13-1:06:23: We start to catch up on news that’s happened in our absence, but Graeme really boils it down to one topic of discussion: the firing of Chuck Wendig from Marvel because of his social media presence.  It’s the opening for a larger talk about the industry’s history with creators and with unionization, with Graeme using as a springboard for discussion the excellent American Comic Book Chronicles: The 1990s by Keith Dallas and Jason Sacks. 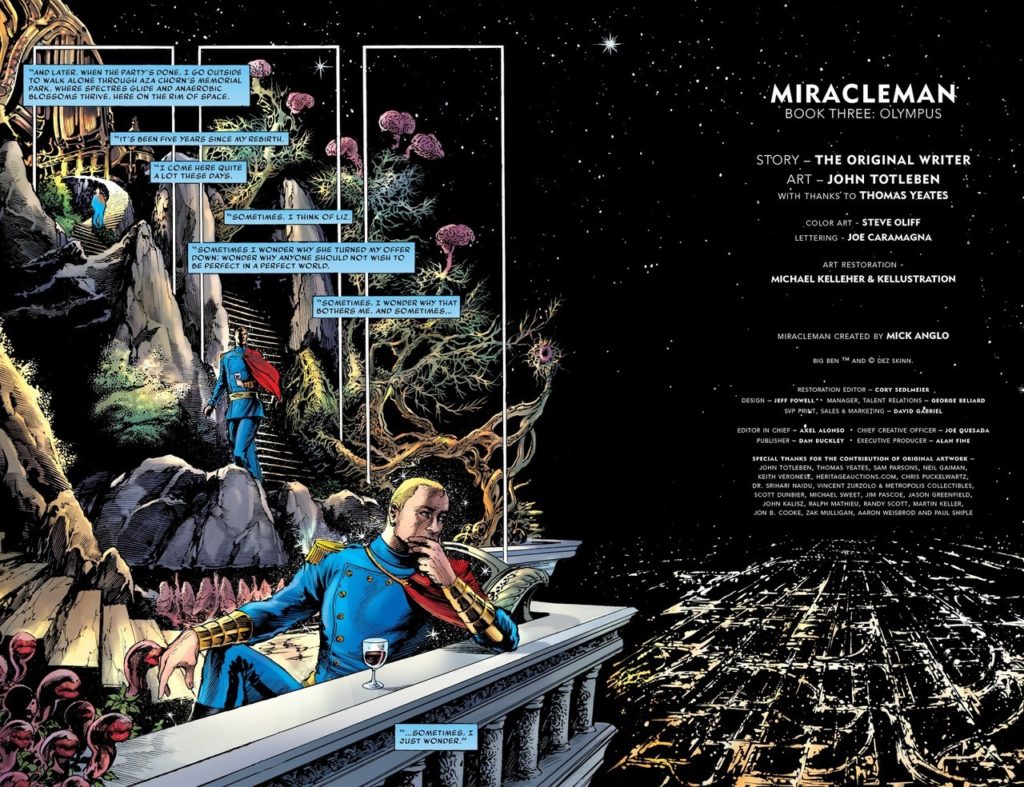 1:06:23-1:07:56: The other thing Graeme has been reading is Poisoned Chalice by Pádraig Ó Méalóid, the history of Miracleman / Marvelman and who owns the copyright to the character.  He takes a few minutes to recommend the book, and the we’re off to…
1:07:56-2:09:41: Japan!  Or to be more precise, Jeff’s impressions and recollections, about the country and his recent nineteen day visit there.  He mentions time spent with pals of the podcast Miguel and Cormac, Japan’s tremendous visual culture, conbinis (and more specifically the amazing onigiri), and, perhaps above all, Golgo 13 and manga.  (A lot of my info about Saito and his publishing company is badly paraphrased from Jason Thompson’s excellent entry on Golgo 13 over at House of 1000 Manga). 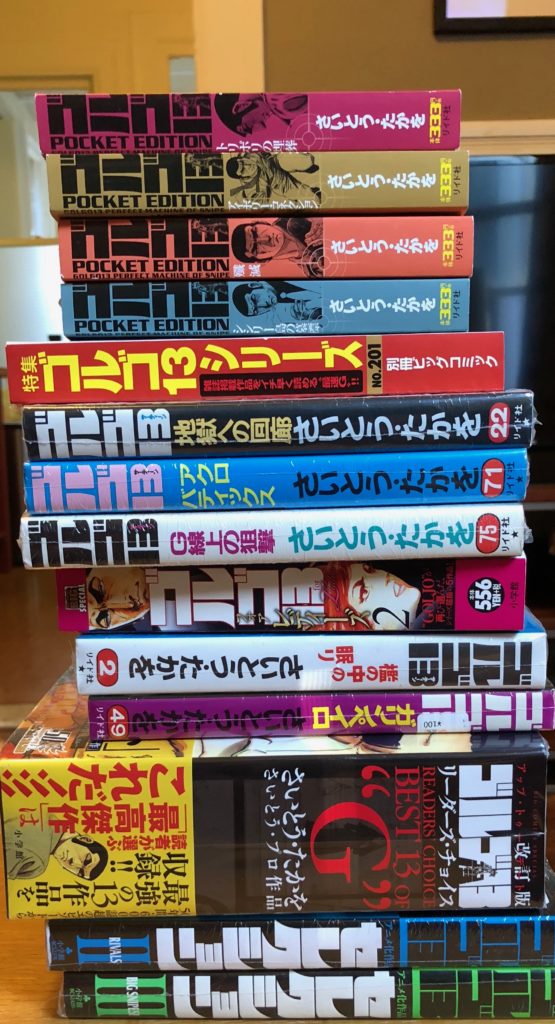 Also discussed: liking oneself more in Japan; Shibuya Crossing; the suicide rate in Japan; the awesomeness that is Mandarake; the language barrier; the story of our soft no, and much, much, much more. 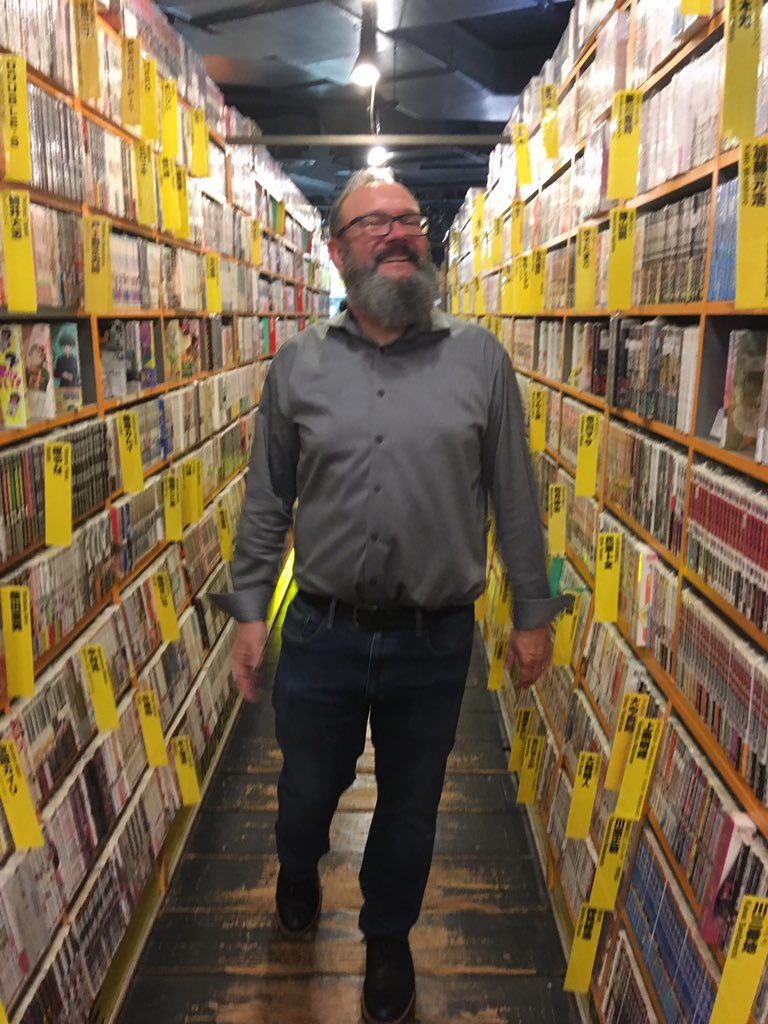 Me at Mandarake (Shibuya).

2:09:41-end: Closing comments!  Look for us on  Stitcher! Itunes! Instagram! Twitter together and separately: Graeme and Jeff! Matt! Tumblr, and  on Patreon where a wonderful group of people make this all possible, including the kind crew at American Ninth Art Studios and Empress Audrey, Queen of the Galaxy, to whom we are especially grateful for their continuing support of this podcast.  And then we’re out!
NEXT WEEK:  Baxter Building! Read issues #397-405 of volume 1 of Fantastic Four by Tom DeFalco and Paul Ryan and join us!