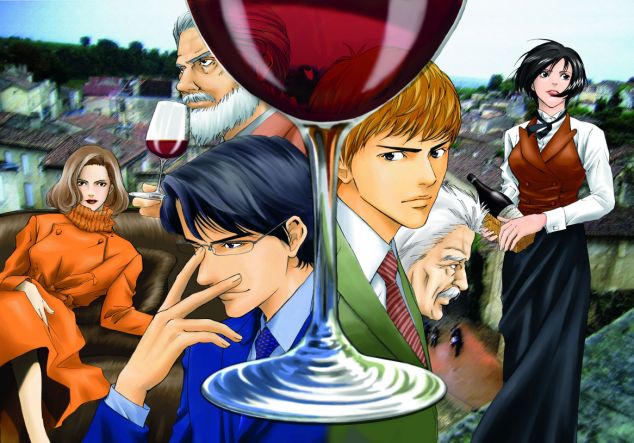 0:01-15:25:  Greetings from Graeme “I Have To Share With The World” McMillan and Jeff “I’m A Little Worried” Lester dig into our ten year anniversary of this podcast with a deep dive Q &A episode.  But, first, we’re sure you’re asking yourself:  what was happening in the pages of Marvel Age magazine preview for 1992?  Thank goodness for you Graeme has the answer.  Also discussed: the second Nomad, the third Nomad, and what happened to the second Nomad and who was responsible; vagueness related to possible tenth anniversary celebrations; Graeme shocked that Jeff hasn’t been high during recordings; how many episodes we’ve actually posted (that to be clear, Jeff was *not* high for); how in-depth the following questions are, and more. 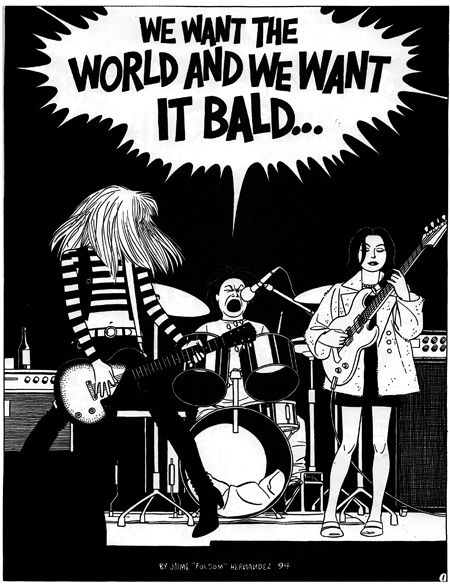 15:25-32:17:  And we’re off to the races!  Matthew and Anna (from Patreon) ask:  I left this a comment on the last Drokk episode, but I’ll ask it again here. Do you think there have been any comics that have been effective at capturing the idea of “punk”? There have been a few titles in recent years that have been, at least on the surface (e.g. in the title), about punk, but none of them seem even remotely like the punk scene/community/ideas that I’m familiar with. Why do you think this might be? Could it be at least in part due to the idea of “punk” within the minds of the people writing these comics still being stuck in the ’60s and ‘70s? 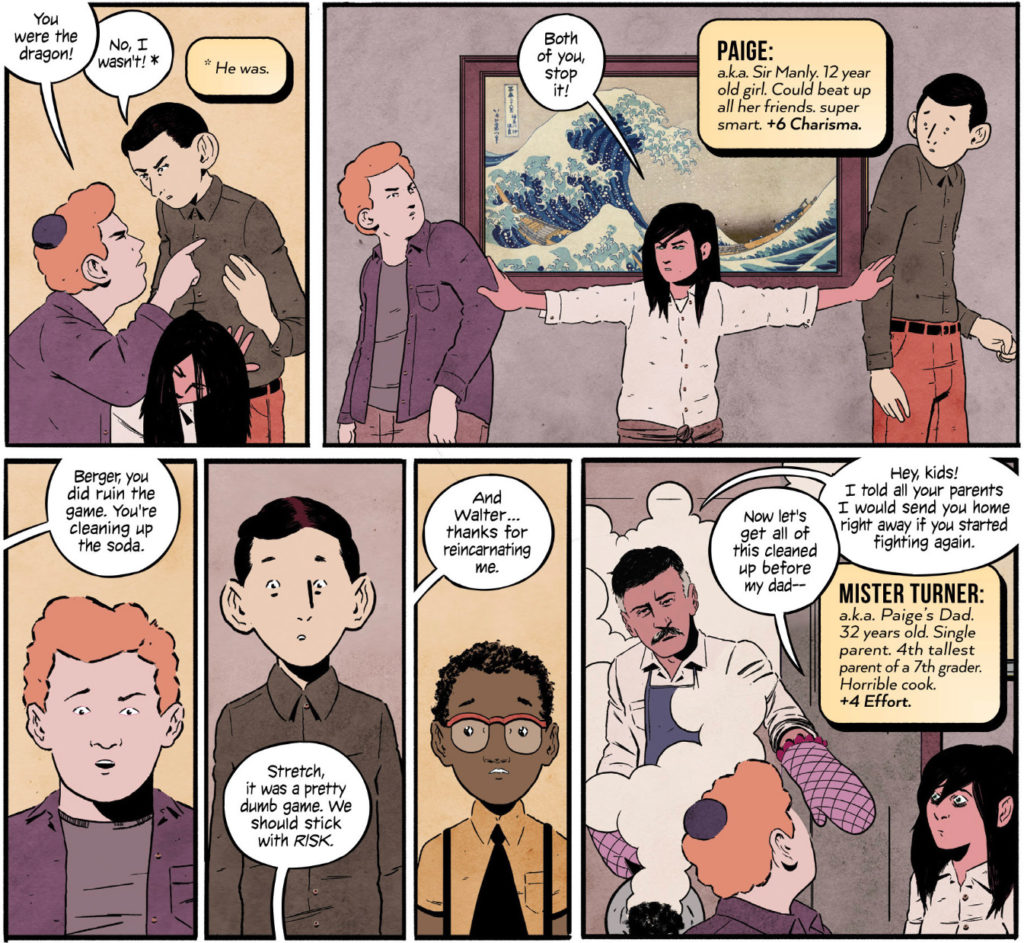 32:17-54:27:  Supercontext  Ifrom Patreon) wonders:  I’m curious what your take is on several newish comics publishers that have arisen in the last couple of years. I’m specifically thinking of companies like Action Lab, AfterShock, Black Mask, Lion Forge, TKO and Vault. The recent Lion Forge/Oni acquisition probably has a connection to this. While promoting creator-owned work, they seem to mainly be backed by venture capital investments, despite the small percentage of the market that remains for them to make a return on. I don’t often hear you guys talk about their books, so I’m curious if you are reading them. What do you think about their chances for success? How do you think they’re affecting the industry? And finally, what do you think differentiates them from one another? Thanks for the show. I look forward to listening every week.

54:27-1:02:58: Daniel Mckay (from Patreon):  I’ve always been a bit curious about Jeff’s day job but I feel he’s been carefully quiet so barring any more details, I’ll just thank you guys for everything with words rather than just dosh. Thanks. 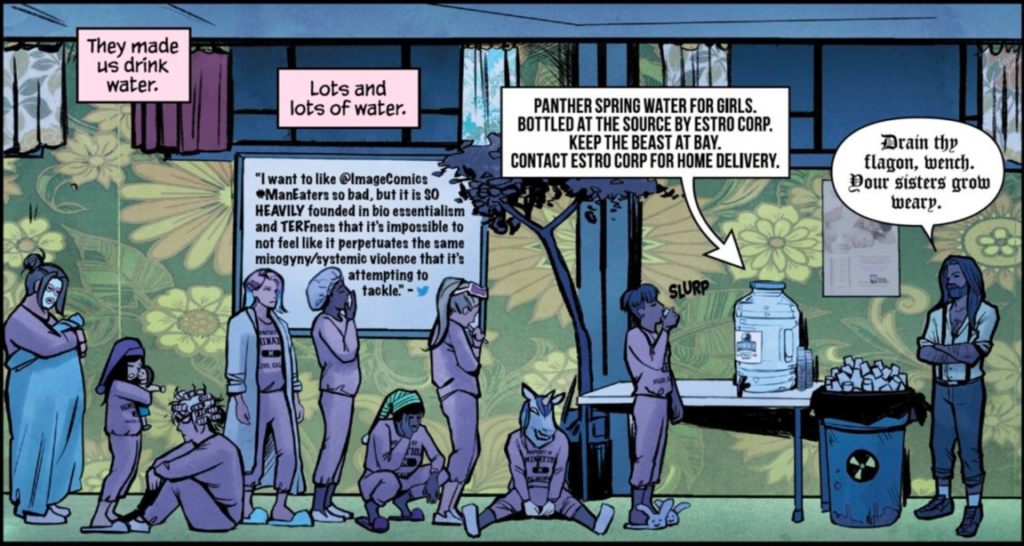 1:02:58-1:13:06: Dan White (from Patreon):  my question is what value do you think there is in engaging with problematic work or problematic creators? 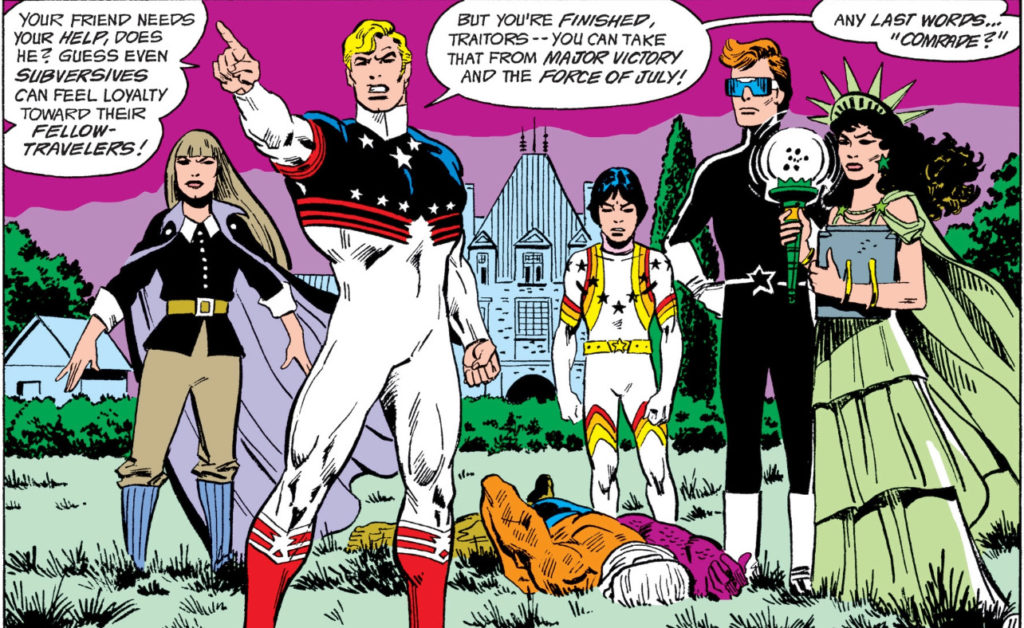 1:13:06-1:21:34: Ethanlj (from Patreon):  I grew up a Marvel guy and didn’t start reading DC until post-Crisis with Legends and then JLI. I know there must be a ton of great stuff right before that time. What storylines or creator arcs from the first half of the 80’s really stand out? I’ve read and enjoyed Judas Contract and Great Darkness Saga but other than that it’s an unexplored world. 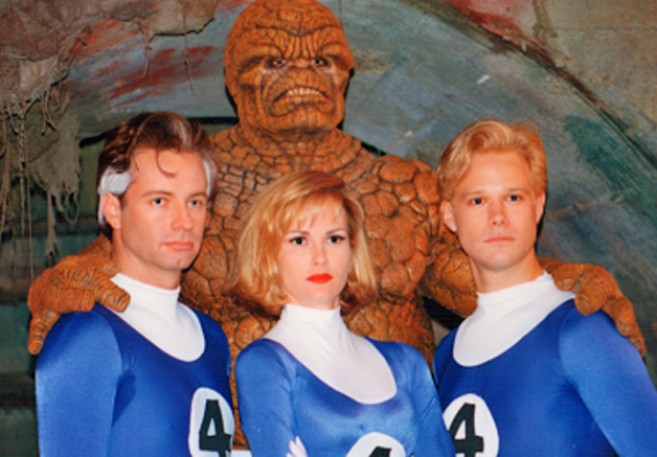 1:21:34-1:31:29:  Follow up q from Ethanlj:   Oh, another one (feel free to answer just one or none). With Fox’s X-men and Fantastic Four now dead and buried, how would you introduce these concepts into the MCU. Specifically, can you launch the Original X-Men (Scott, Jean, etc) in the year 2020, or does that really have to be in the Civil Rights Movement time in the 60’s? And same question for the FF… do you need a Space Race to make it work? 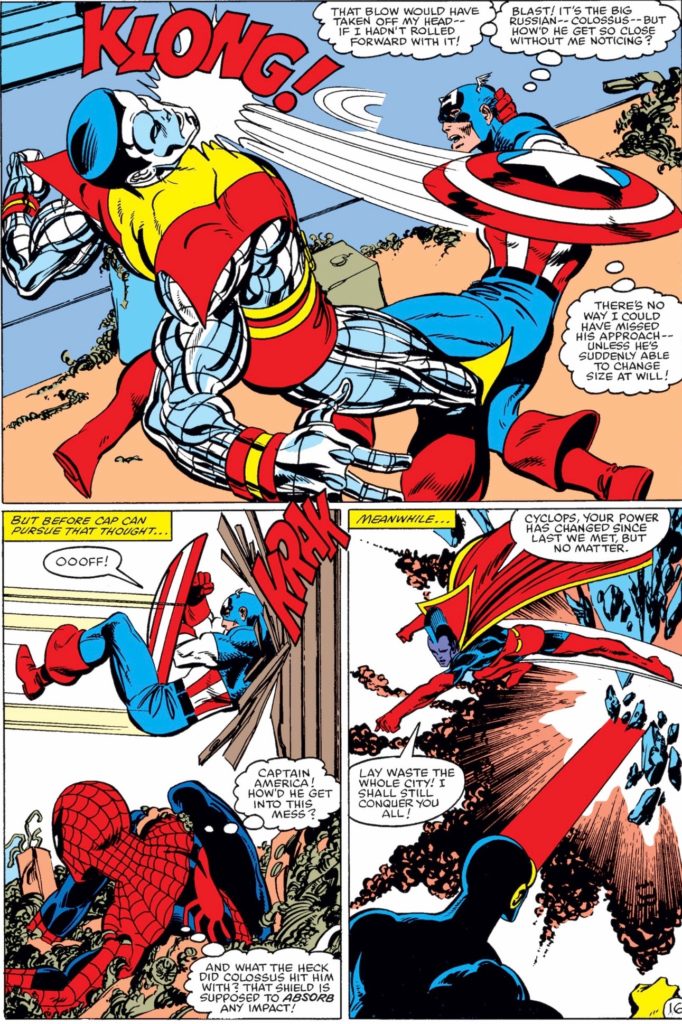 1:31:29-1:57:26:  Patchen Mortimer via email:   As I tweeted to Jeff, I’m currently going through your archives, and your Baxter Building and Star Brand re-reads were like getting two chapters of a psychobiography that now I cannot stop thinking about.
Like, when was he good?  When was he great?  When and why did he go wrong?  And why did he hold such sway in the industry for so long, despite being—at least as a writer—manifestly hidebound, boring and bad?
Some background: As I think I’ve mentioned previously on Twitter, I always resented John Byrne for driving me off Iron Man, which was the title that got me interested in comics. I’d been reading comics for a year when he delivered the “Armor Wars II” storyline—a lifeless slog featuring neither Armor nor Wars.  The supporting cast largely vanished; the Madam Masque subplot disappeared; there was a retelling of the origin. I held on for a year and then gave up mid-arc—7th-grade me had no patience for Fin Fang Foom (at least not Byrne’s version) and the X-titles had lured me away (coincidentally, just before the big 1991 X-summer shakeup that saw Claremont leave).
Being a middle-schooler, I didn’t think to blame the writer; I just knew things had Gone Wrong.  But years later my grad school roommate and I would try X-Men: The Hidden Years and it was dreck.  At the same time, we were re-reading my old comic collection, and lo and behold I suddenly connected the dots.
Then in the last year or so, I’ve been listening to podcasts like yours, and discovered he did this nonsense to COUNTLESS titles. For DECADES.
You guys have perspective and omnivorous habits I don’t. Any way you can take some time to shed some light on this? What drove him to be the way he was, what were his peaks and valleys, etc.?  When you look at his career in total, is there a Unified Theory of Byrne beyond a guy who was envious of Claremont and who desperately wanted comics to go back to the way they were when he was 10?  Is it that simple or is there more?
Anyway, just a thought, and thanks for the podcast! 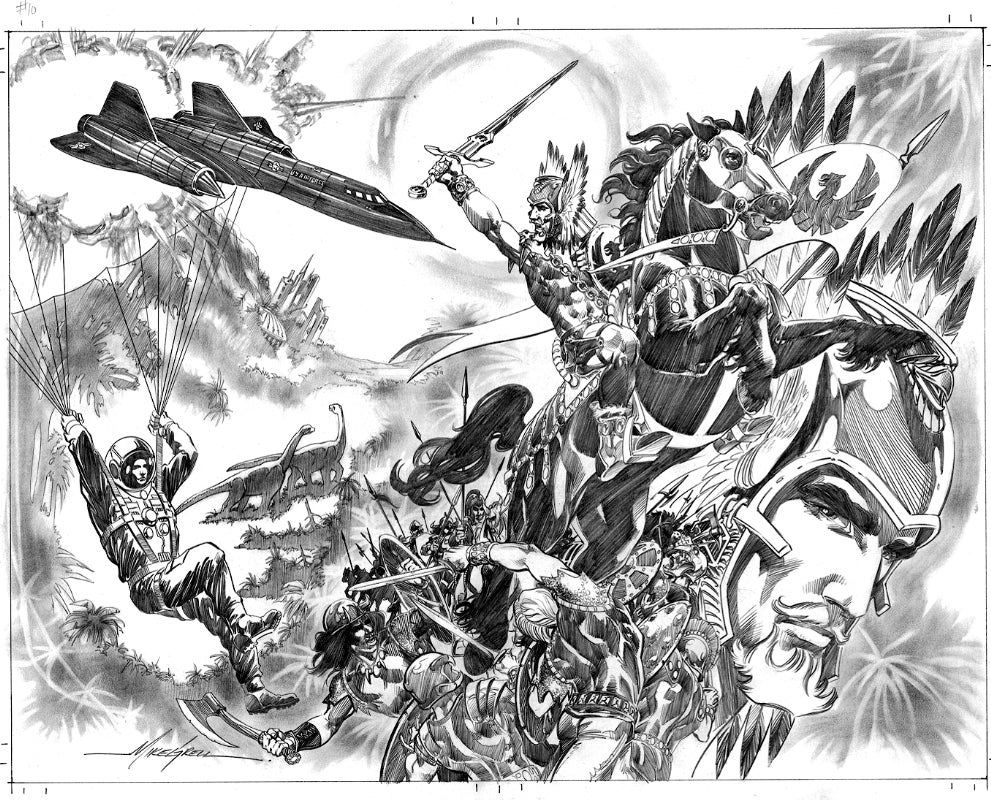 1:57:26-2:10:15: Tomas Syrstad Ruud from email:  Are the big two basically unable to make good Fantasy and Science-Fiction comics, because the creators are used to the character-focused Super-Hero genre, and take it for granted that they can make drastic changes to the underlying worldbuilding in a book when they take it over? See e.g. Wonder Woman, Legion of Super-Heroes.
I recently binge-read a lot of european (not british) comics. (Storm, Thorgal, Lanfeust). When listening to your latest episode it struck me that this is the one area of comics I can’t remember hearing you discuss. Do you have any interest in this section of comics? I don’t know how much is available in english. 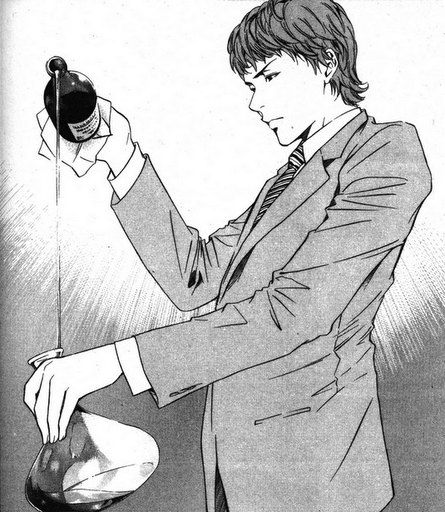 2:10:15-2:14:35:  Skye Adamczyk from email:  A few episodes ago you [Jeff] mentioned your love of “incredibly well researched but batshit insane manga” and so you came to mind when I learned about Drops of God by Yuko and Shin Kibayashi.
To try and give an elevator pitch: it follows the formula of a lot of other battle manga, being about a young man who recieved brutal torturous training from his father to heighten his senses facing off against a rival who turns out to be a secret brother with the same training. The twist is, instead of fights its all about wine tasting.
Personally this is a field I know nothing about but the manga has a great reputation among the wine tasting community, effectively increasing the sales of each wine mentioned.
2:14:35-end:  Closing comments…of a sort? Graeme is overjoyed we made it halfway through the questions (even after Jeff points out that we’re only a third of the way through the questions). By which I mean, we kinda can’t shut up, in part because Graeme wants to talk about reading Roger Stern’s run on Amazing Spider-Man and how good it is, and Jeff wants…to be Jeff, basically.  Look for us on  Stitcher! Itunes! Instagram! Twitter together and separately: Graeme and Jeff! Matt! Tumblr, and  on Patreon where a wonderful group of people make this all possible, including Empress Audrey, Queen of the Galaxy, to whom we are especially grateful for her continuing support of this podcast.  (Also, don’t forget about Spotify!)
Next week:  Part 2 of Our Q & A episode!  Why not ask us a question at waitwhatpodcast A T g mail.com?