First and foremost: RIP, John Paul Leon.  Graeme and I recorded this episode before learning of his passing, but I edited after.  By every account, he was a great person, but he was also an extraordinary talent that worked on the high watermarks of his generation, a brilliant and tremendous artist.  And now he’s also gone far too soon.  Again, Rest in Peace and in Power. 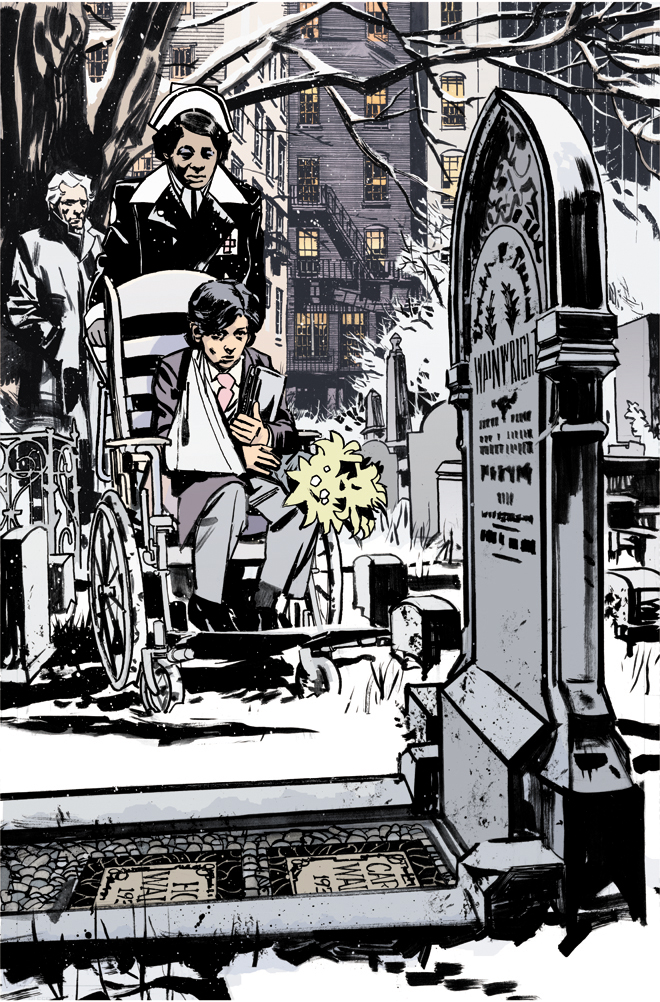 0:01-2:24: Greetings!  Welcome to some guarded optimism about the future of tech, at least as far as the latest MacOS and Audio Hijack are concerned (a very, very, very niche slice of what people might think of as “the future of tech,” it must be admitted).
2:24-10:52: Speaking of tech, Graeme has been having problems with Marvel Unlimited and he wants to know—does Jeff have the cure? In fact, Jeff does (don’t worry, it’s not more cowbell). If you been having trouble with Marvel Unlimited, check this fix out. If you don’t need this problem solved and/or you don’t want to hear a story about the rescue of a baby bird, you may want to skip this segment? (Although, really, what kind of monster doesn’t want to hear about a baby bird being rescued?)
10:52-22:41: Okay, but moving on to comics content, though: Graeme has read an advance copy of The Nice House on The Lake #1 by James Tynion IV and Álvaro Martínez Bueno (coming from DC on June 1), and it’s an opportunity for Graeme to not only sing its praises but talking about how well it works by walking into it blind, knowing anything other than the creators and the descriptor “horror comic.”
22:41-1:02:06: Okay, possible spoilers for above but Jeff has to know if the horrible crucial “don’t open the door!” mistake Graeme talks about in The Nice House on the Lake….buying Star Wars digital trades for super-cheap off Comixology? Because that’s the mistake Jeff made (and you can too through May 6th)! But that is actually just an intro to #DisneyMustPay, the newest update in the Alan Dean Foster and Star Wars royalties situation. It’s definitely an ongoing situation, but as you’ll be able to tell from Graeme’s update—things have taken a disturbing turn! We discuss it, also work in some of the recent revelations about Scott Rudin (or really, the airing of a very open secret), the Pokemon trading card crisis, Jeff’s greetings to his fellow comrades on May Day and strangely trying to tie that into the first volume of Demon Slayer: Kimetsu no Yaiba which is currently free digitally through the usual suspects through May 23, 2021. (Check it out!)
1:02:06-1:28:51: Graeme pivots—and how!-—by bringing up a series he last mentioned on the podcast several years back when he purchased it and has now finally read: Outcasts, a twelve issue limited series published by DC back in 1987 by John Wagner, Alan Grant, Cam Kennedy, and Steve Montaro! What happens when DC gives the stars of 2000 A.D. a “twelve issue future shocker”? The answer will…maybe…not startle you if you’ve been reading along with Drokk? SPOILERS for a thirty-five year old series. And this leads us down the path of talking about the charms of good creators making crazy bad comics, the appeal and presence/absence of crazy bad comics in today’s marketplace, and more. Shout outs include the first two trades of Die! Die! Die! by Robert Kirkman, Scott Gimple, and powerhouse Chris Burnham, OMAC #1 by Jack Kirby, Prez #1 by Joe Simon and Jerry Grandietti, President Werewolf #1 by Tim Vargulish, Joey Lee Cabral, and Shaun Pinello, Boss Wife Vol. 1 by Mayu Sakurai, and more.
1:28:51-2:00:29: Because the bulk of Graeme’s reading has been Outcasts, old Dredd, and things that aren’t out yet so he asks what Jeff’s been reading. So a quick rundown, Jeff talks super-briefly about the first three volumes of Case Closed; Friend of the Devil: A Reckless Book; BRZRKR #2; Savage Avengers #20, and Robin #1, where we manage to spoil the end of the issue unless you’re really not paying attention and wherein Jeff has a theory about Damian Wayne that Graeme either acknowledges with (repeatedly) “You’re on to something” or “you’re on something.” (I’ve listened to it four times and I still think it could go either way!). Also discussed: Jeff spending a lot of money on Star Wars digital comics and…for why, really?
2:00:29-end: Closing Comments!    Oh, but fortunately some things never change:  look for us on  Stitcher! Itunes! Instagram! Twitter together and separately: Graeme and Jeff (and Chloe)! Tumblr, and  on Patreon where a wonderful group of people make this all possible, including Empress Audrey, Queen of the Galaxy, to whom we are especially grateful for her continuing support of this podcast.
Next week: Read Judge Dredd: The Complete Case Files, Volume 25 and join us here next week, citizen! Drokk!!