0:01-6:53: Greetings!  As this episode opens, we go from a near-death experience to mocking Neil Gaiman in record time (even for us!). What’s the secret connection between that and Hot Stuff, the Little Devil? And our former president? It’s another episode of WhatAnon theories—they’re better for you than QAnon theories because they’re explicitly made-up and absurd (and have only a quarter of the calories)! 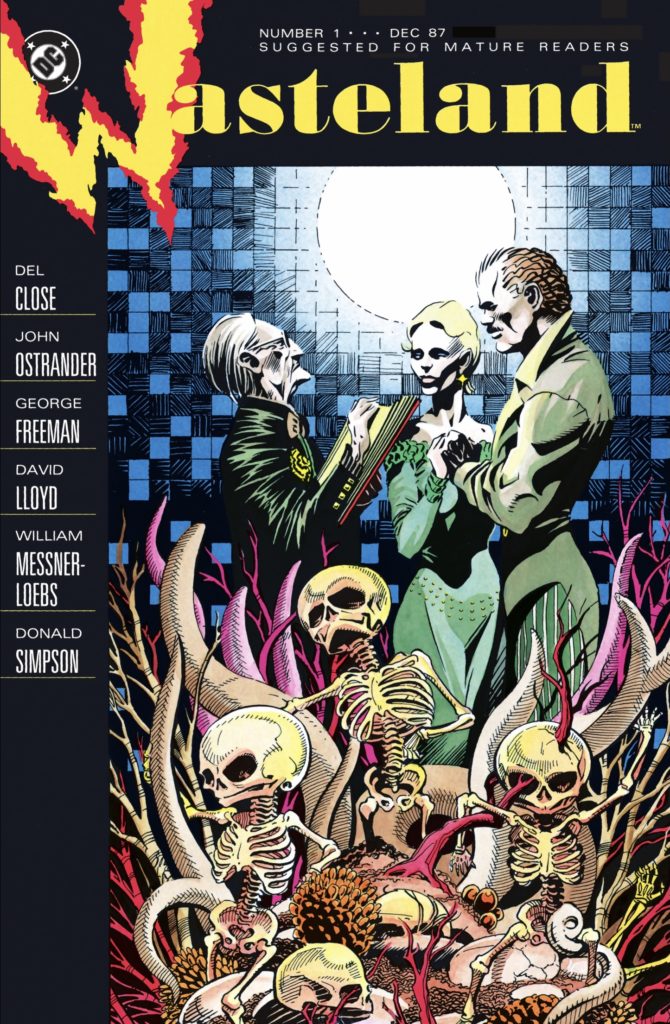 6:53-28:19: Moving on, moving on (nothing to see here, folks, move along): the first three issues of Wasteland dropped of DC Universe Infinite (and on Comixology if you’re tempted and don’t have the service). Yes, the sleeper hit of the late ’80s is here, with stories by John Ostrander and Del Close, more than brilliantly illustrated by David Lloyd, George Freeman, William Messsner-Loebs and Donald Simpson, and we are here to talk about how great it is to revisit these stories again.  Also discussed: Plop!, UK comics anthologies, US comics anthologies, the need for them, and the hidden secret behind the U.S. anthologies arguably more horrifying than the stories themselves. 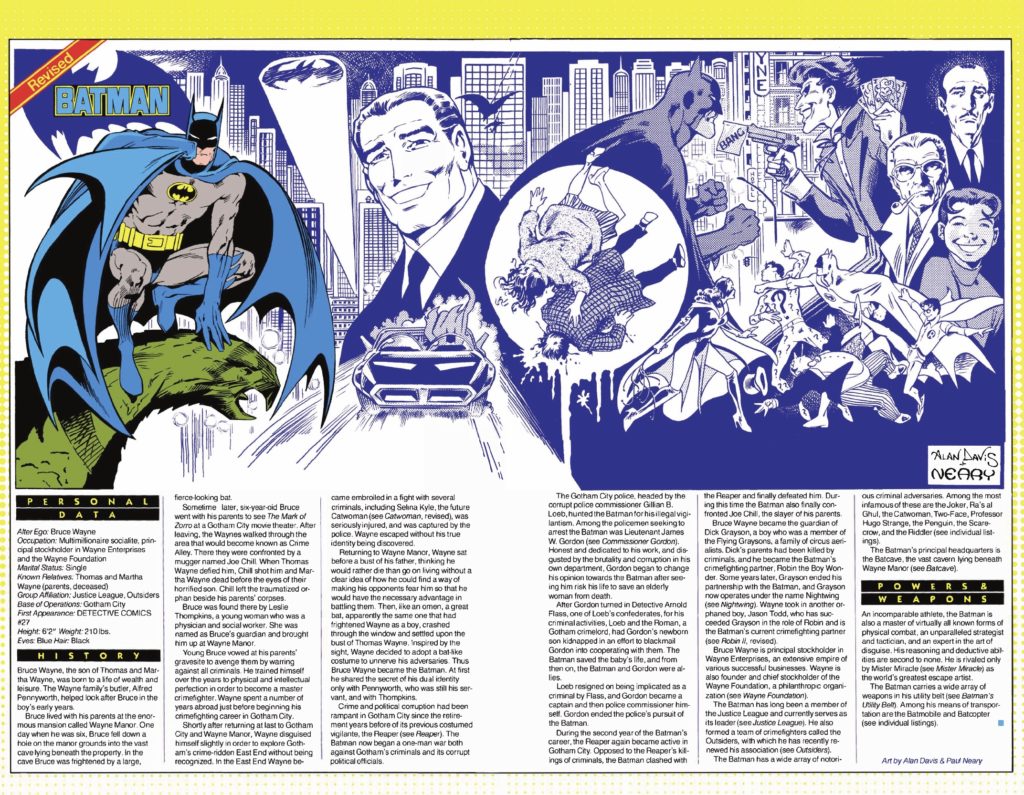 28:19-37:08: Another thing that dropped on DCUI: Who’s Who Update ’87 #1, a five issue series updating the original Who’s Who. Unsurprisingly, we have fond memories of this as well, and we talk about it, the beloved Official Handbook of the Marvel Universe, the recently released omnibi of each, and much more. 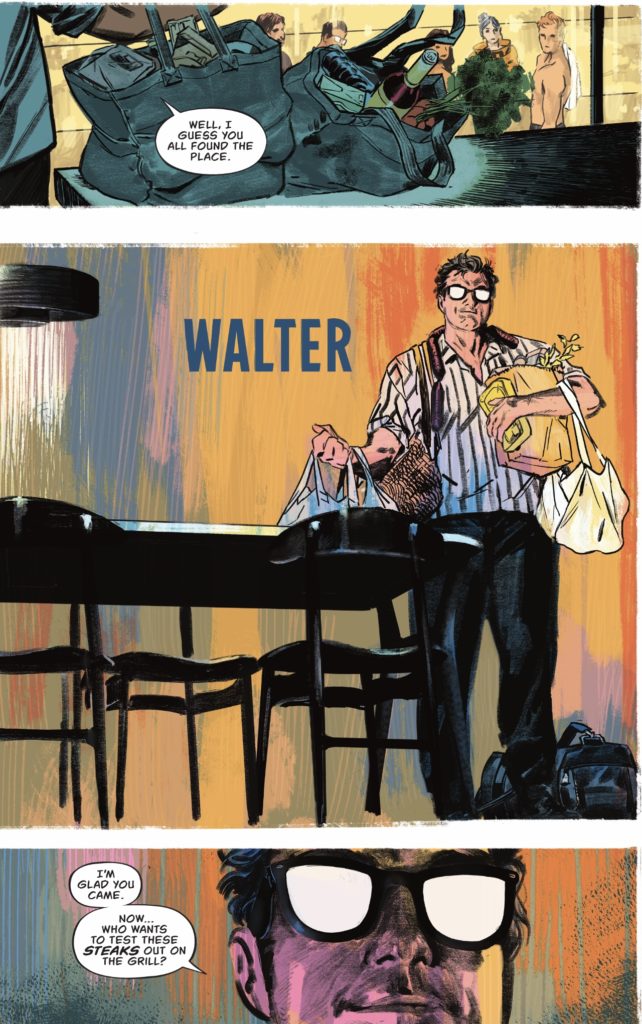 37:08-40:49: As for something new, it’s also something we’ve discussed before but The Nice House on the Lake #1 by James Tynion IV, Alvaro Martinez Bueno, and Jordie Bellaire has been officially releasedd now, Jeff read it, and wanted to talk some more about it because it’s a stunner.
40:49-1:00:10: Season one of Jupiter’s Legacy on Netflix ended with a cliffhanger—one we probably won’t see resolved any time soon since Netflix decided not to renew it for season two. Graeme indulges Jeff’s Millarschmertz (my internet’s down but I’m assuming that’s a real term) and discusses what might’ve gone wrong: Graeme thought it looked cheap, Jeff thinks that’s not really a barrier to fans of superhero TV and the problem might’ve been, say, things like The Boys.
1:00:10-1:12:26: Graeme has been a bit tired lately (as opposed to Jeff, who’s just *always* tired) and so has been seeking out unchallenging reading material such as: all of Mark Waid’s Avengers material from 2015; and Mark Waid and Kev Walker’s Doctor Strange; Surgeon Supreme. 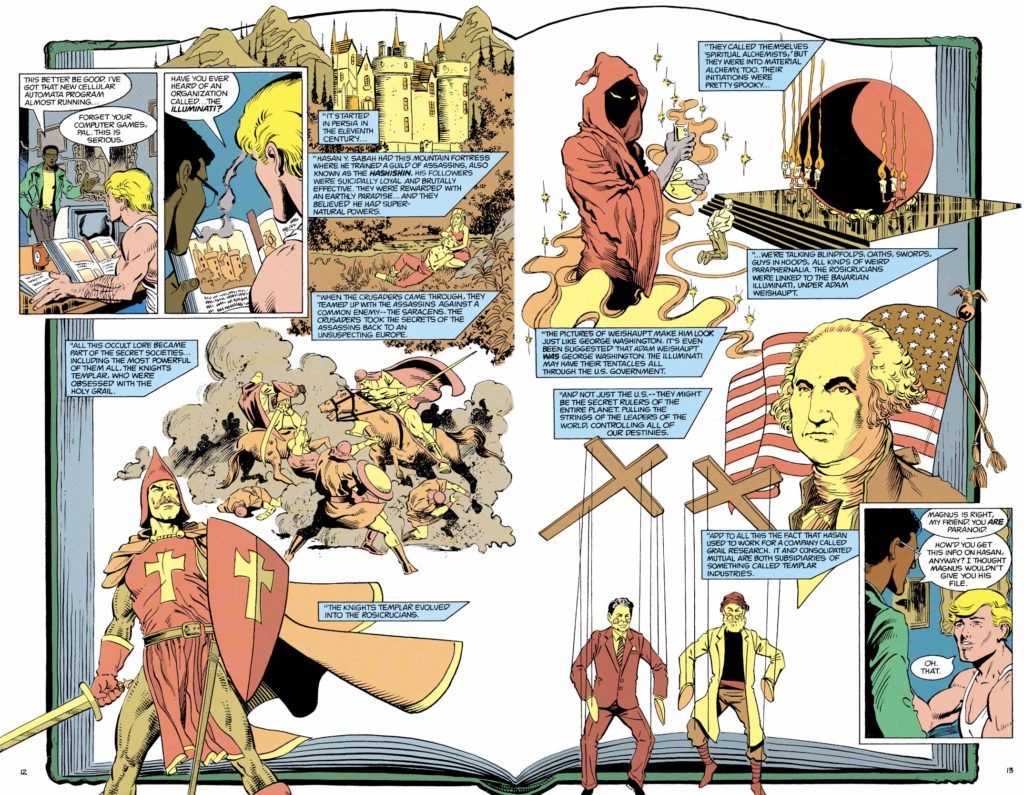 1:12:26-1:35:26: Also on the Graeme “Easy Reader” McMillan list? Time Masters! That’s right, the DC series by Bob Wayne, Lewis Shiner, and Art Thibert from thirty years ago. It’s a fun sounding series that harkens back to a different era of the DC Universe with things played entirely too seriiously while also giving a lot of shout-outs to classic DC continuity and connecting with the current (of the time) continuity…which ties in well with what Jeff read on Hoopla this week: Invasion! (Secret No More) collecting the three issue spine to the DC even from the late ’80s, featuring some classic DC stalwarts (Keith Giffen, Bart Sears) and some unique dayplayers (Bill Mantlo, Todd McFarlane). Also discussed: New Guardians, because of course we do. 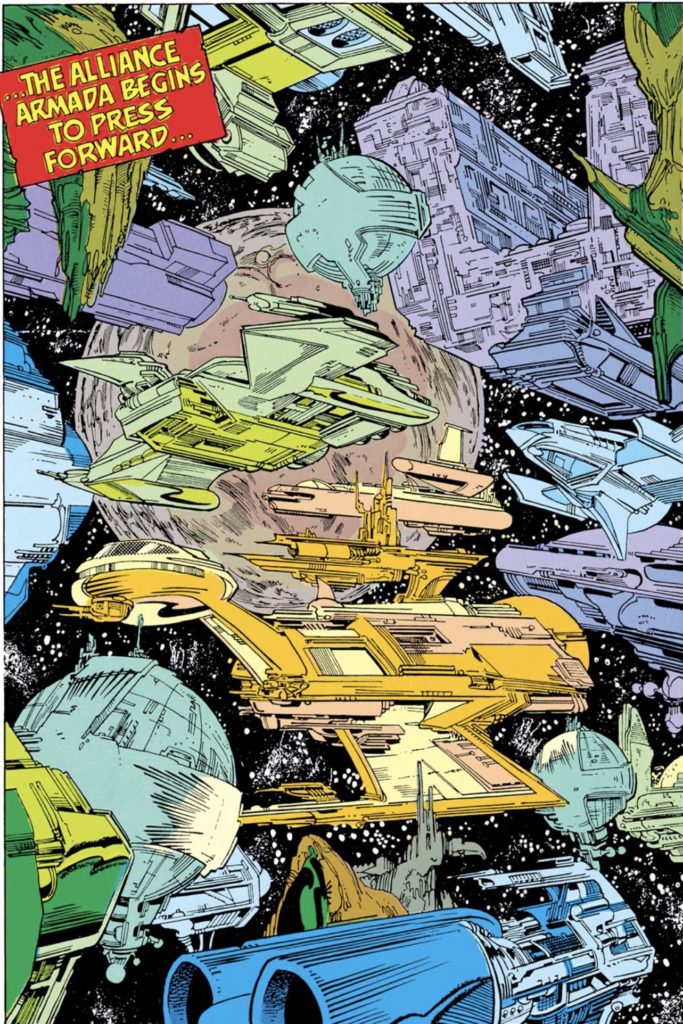 1:35:26-2:08:42: Trying to talk about something a little more current than comics from 30-plus years—our ongoing struggle recently it seems!—and we talk a bit about the current issue of Immortal Hulk (good!) and the announcement of the next creative team to follow Al Ewing and Joe Bennett (not…as good?). Also discussed—the problem with solicitations giving away too much (or, for the retailers, not enough); a rousing game of “guess the creator’s age”; a discussion of Tim and Ben Truman’s A Man Called Hawken, and Walt Simonson’s Ragnarok and more. 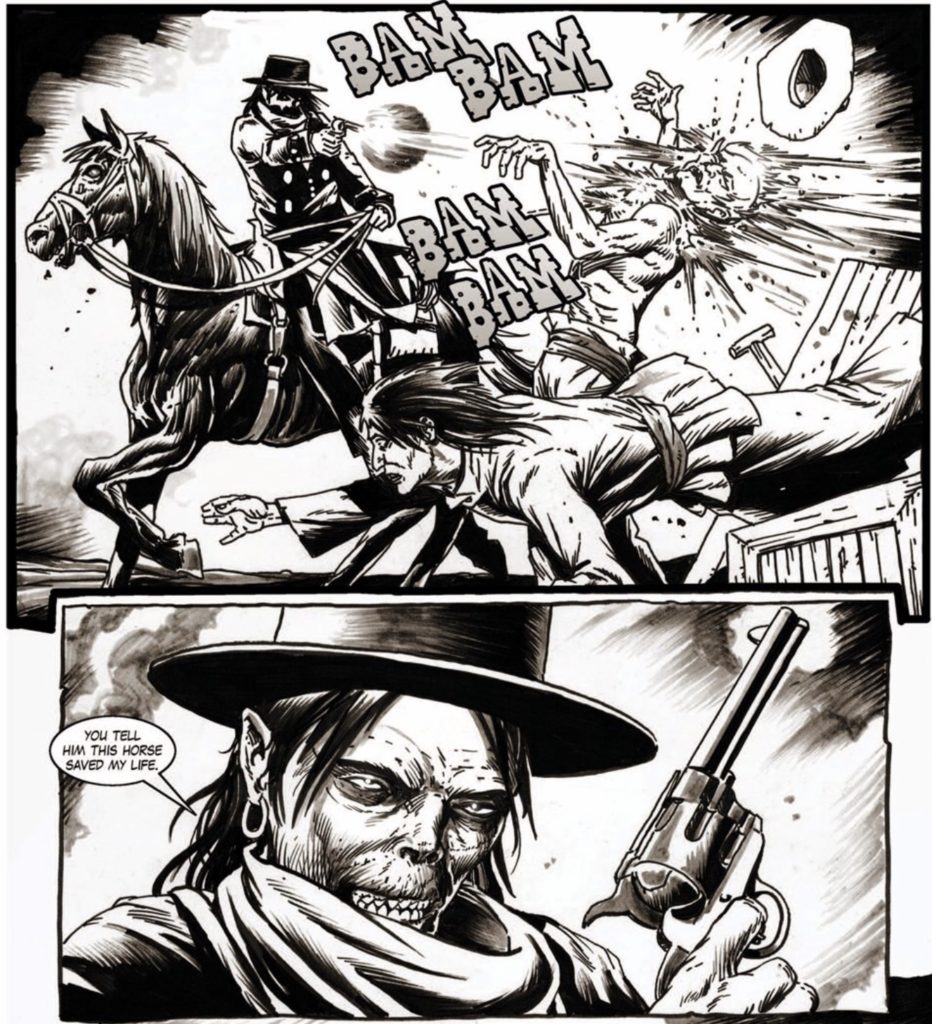 2:08:42-end:  Closing Comments!    Oh, but fortunately some things never change:  look for us on  Stitcher! Itunes! Instagram! Twitter together and separately: Graeme and Jeff! Tumblr, and  on Patreon where a wonderful group of people make this all possible, including Empress Audrey, Queen of the Galaxy, to whom we are especially grateful for her continuing support of this podcast.
Next week: Attention, Citizen!  Read Judge Dredd: The Complete Case Files, Volume 26 and join us here for the next installment of….Drokk!!