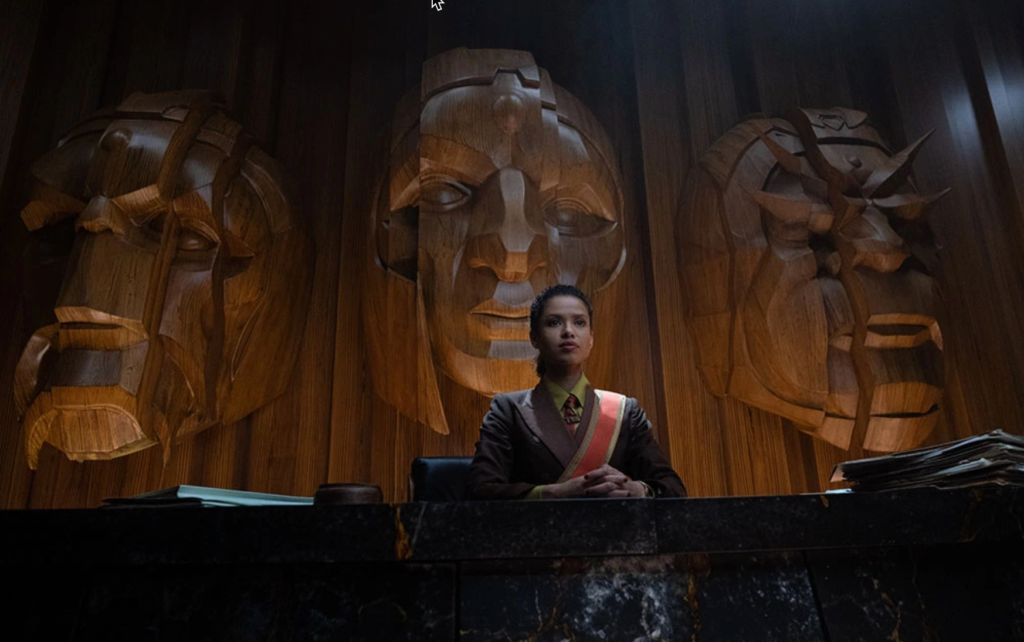 00:00-12:30: Greetings from Graeme “anger averse” McMillan and Jeff “eyes bleeding with rage” Lester, just minutes after a technical problem! Follow up “anger” with a chaser of “fear” and we’ve got a reworking of a primo Yoda quote shoutout (that thank goodness is never made) as we discuss some of Jeff’s secret anxieties about our podcasting schedule and how all those fears inevitably lead to….Superman IV: The Quest for Peace? Discussed: teenagers; Superman IV: The Quest for Peace; why the fifth Superman movie should’ve taken place on the Planet of the Apes; and more.
12:30-41:33: Talking about non-comics superhero media? Why, don’t mind if we do! Graeme rewatched the last episode of Loki and that most recent Spider-Man movie; Jeff watched the *first* two episodes of Loki. And so we have some things to compare and contrast with (yes) Superman IV: The Quest for Peace. Join us for a discussion of the Spider-Man movie and Loki (and Moon Knight!) that is pretty spoiler-free (I think)?
41:33-1:13:57: Jeff read an article in Variety about DC that leads him to make some connections about how Marvel’s success keeps tripping up DC in very weird ways; Graeme is a little more dubious about that article for reasons we go into, but it also gives us a bit of time to really dig into some of the other rumors that seem to be floating around about DC. 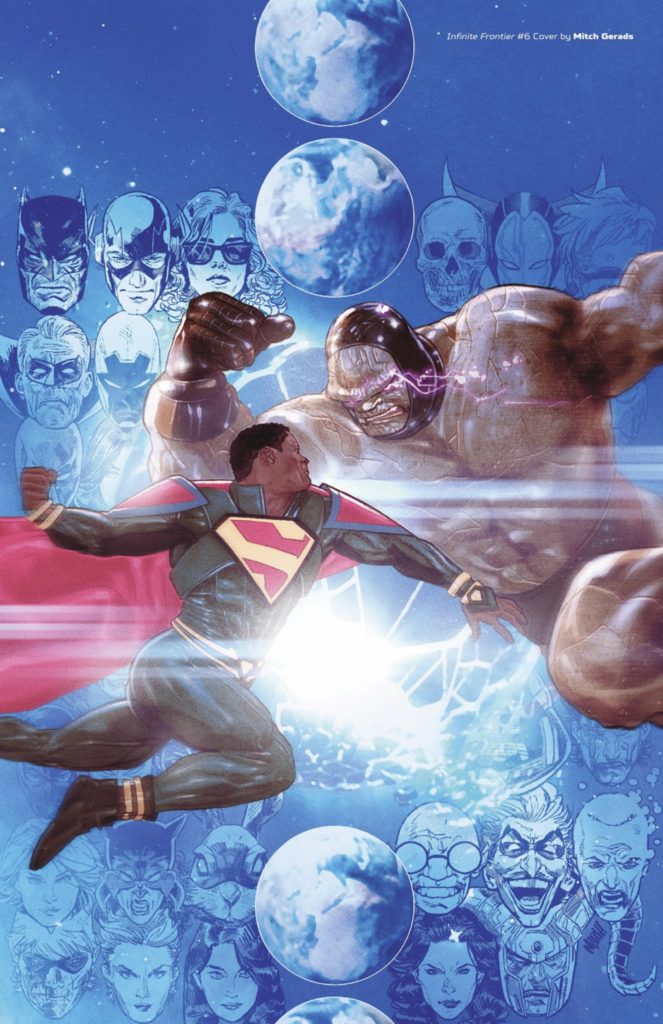 1:13:57-1:24:08: And from DC media to DC’s comic leadership to DC Comics….Jeff has a complaint about the digital trade of Infinite Frontier that leads to a rather surprising “Wait, What?” moment and/or scoop about the Infinite Frontier digital trade! You heard it here first, True Believer! (Unless you heard it somewhere else, that is. I don’t know—we’re not omnisicient! Cut us some slack!) 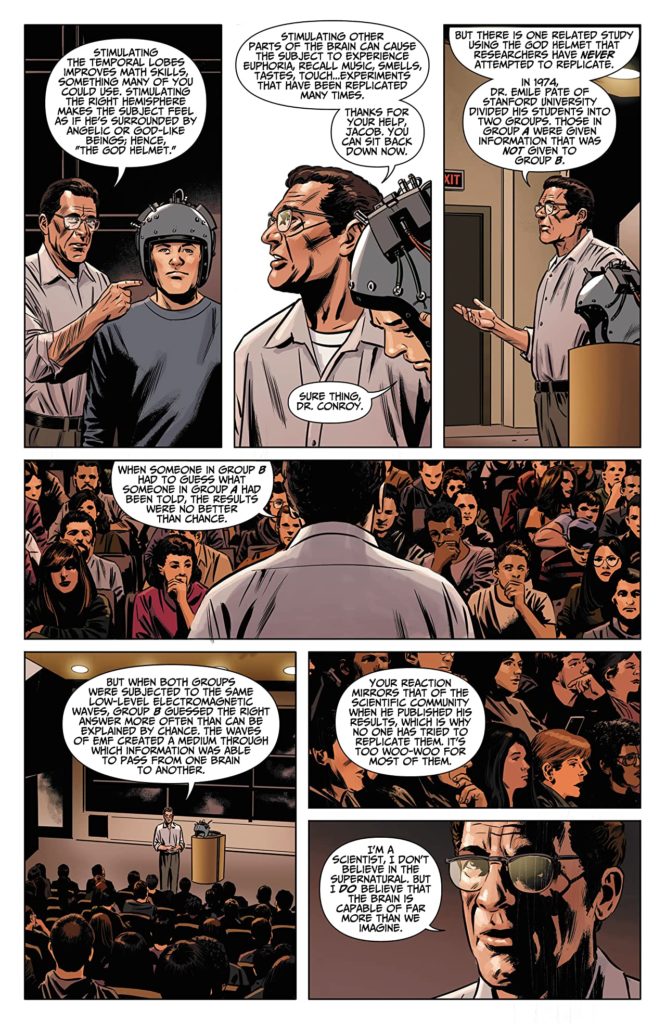 1:24:08-1:36:57: Comics! Graeme has recently read Telepaths by J. Michael Straczynski and Steve Epting. So why does Graeme spend so much time discussing The Resistance, The Resistance: Uprising, and The Resistance: Moths another series by Straczynski (and Mike Deodato, Jr., C.P. Smith, and Mike Choi)? There’s a lot of unpacking of The Resistance to help understand the surprising charms of Telepaths, believe you me! (Or “believe you, Graeme,” I guess.) 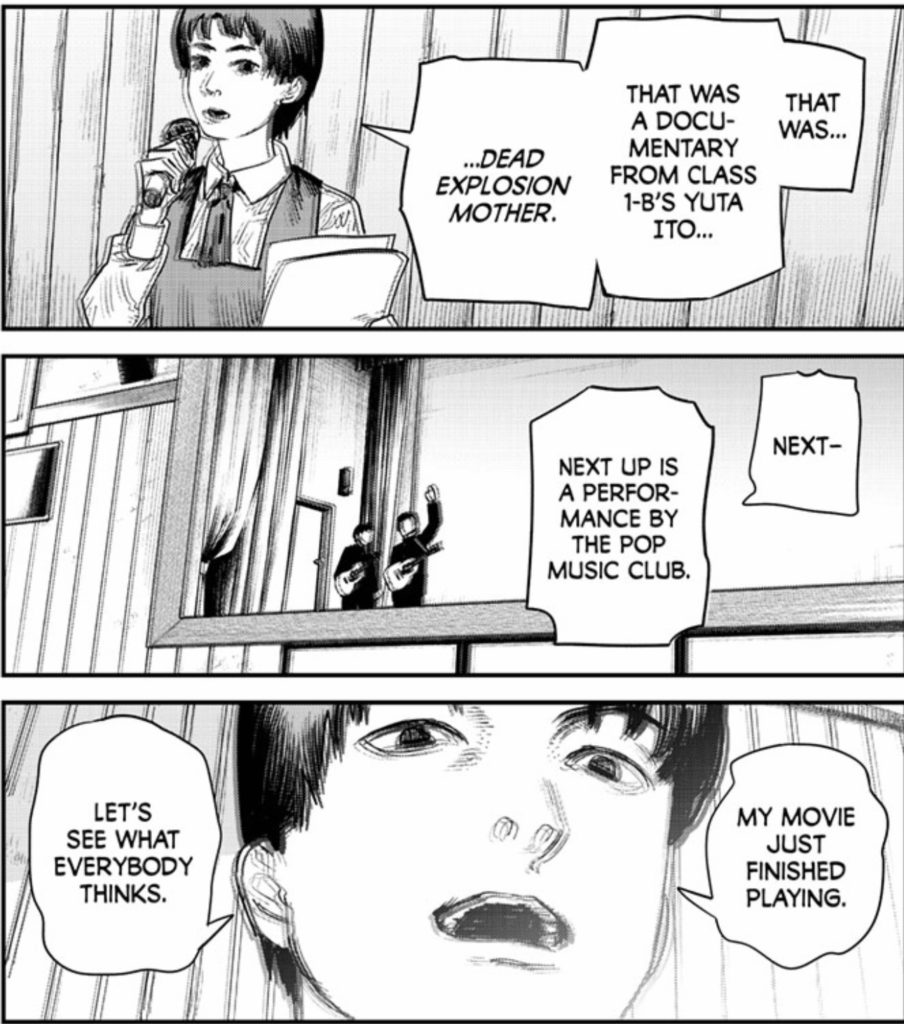 1:36:57-1:43:30: And of course, Jeff being Jeff, he’s not going to switch between talking about comics from the creator of Rising Stars to a one-shot from the creator of Chainsaw Man without paraphrasing a quote by James Baldwin (the thinking man’s Stan Lee, as I believe Baldwin’s been called). But pretensions aside, the point here really is that over on the Shonen Jump and MangaPluswebsites, Tatsuki Fujimoto dropped a 200 page one-shot, Goodbye, Eri, that is, quite frankly, fucking stellar. Pretty sure you can read it online for free currently without signing up for anything, and seriously—you should read it. 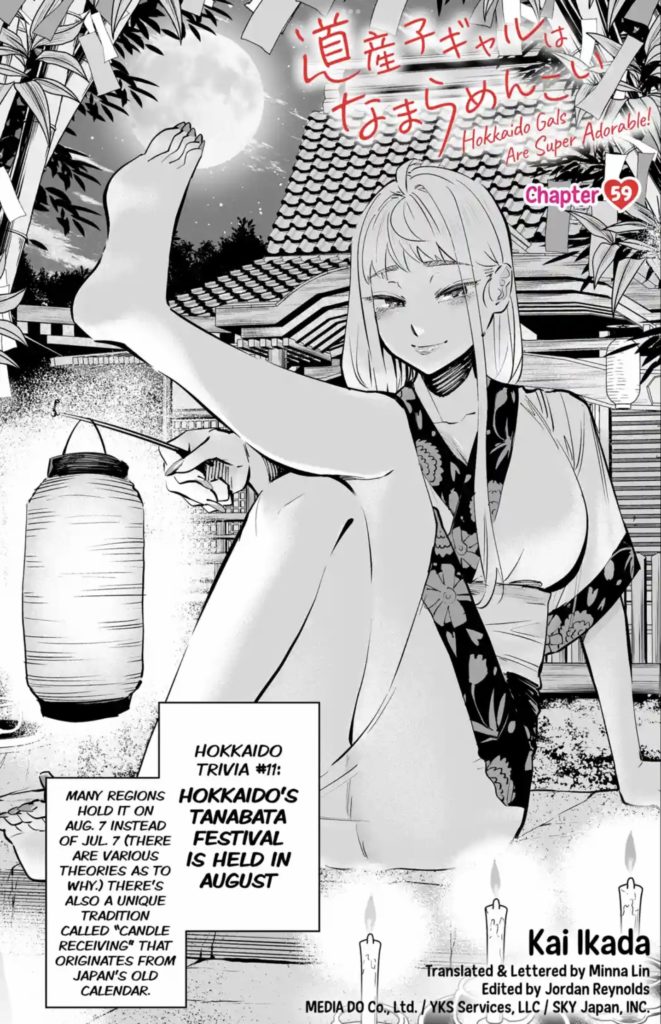 1:43:30-1:55:00: Apparently, during the last Wait, What. Jeff mentioned he was currently at an all-time high of seven manga titles he was reading in simulpub (though one of those has a *very* qualifier) but didn’t list them. He lists them here and talks about arguably the most mortifying one—yes, even more mortifying than Excuse Me Dentist, It’s Touching Me—Hokkakaido Gals Are Super Adorable! (May God have mercy on your soul, Jeff.) Also discussed: the joys of interlibrary loans!
1:55:00-2:08:00: Not currently under discussion, but apparently a bit of a teaser—Graeme has re-read a lot of John Smith and wants to talk about it a lot….but is not going to do so here because Chloe has also re-read a lot of John Smith and they both want to talk about it on here together. But to wet your whistle, here’s a small preview. And because I love you, in case you’re wondering the name Graeme is saying of the replacement writer for Smith on Indigo Prime when Smith disappears (for years!) mid-story, it is indeed Kek-W, and there is indeed an explanation for that, and a twitter account, and yes there is indeed a popular Twitch steam chat expression which made this search incredibly annoying so in addition to loving you, it can probably also be said that at this particular moment, I hate Graeme. Oh, but also, I’m not not going to split this out—in fact, I kinda wish I was going to edit this out but I’m not—but remember that opening talk about Loki? Jeff has a theory about the TVA that he’s curious about (only two episodes in) that he is hesitant to ask because, well, it’s kinda him showing his ass and highlights an uncomfortable bit of, uh, racist cracker-ness. But he’s going to go for it, and I’m not editing it out because honestly white people pretend like these little acts of racist supposition always happen to other people, not themselves, and maybe the world would be better if white people showed their ass, admitted it, and learned from it rather than edited it out of the podcast?
2:08:00-end: Closing stuff!  Graeme’s newsletter (https://www.getrevue.co/profile/ComicsFYI!  Stitcher! Itunes! Instagram! Twitter together and separately: Graeme and Jeff!  Tumblr, and  on Patreon where a wonderful group of people make this all possible, including Empress Audrey, Queen of the Galaxy, to whom we are especially grateful for her continuing support of this podcast.  (Plus, closing episode Showgirls-related fun fact courtesy of the inimitable Ian Brill.  Thanks, Ian!)
NEXT WEEK:  Not one but *two* skip weeks! Join us in the first full weekend of May for an all-new Wait, What?!