00:00-19:08: Greetings! These are our indigestion years, when we were green in face (or, really, Graeme’s indigestion years, or indigestion year, or, really, twice). Fortunately, indigestion makes for a lovely segue into Jared Leto’s Morbius, currently in movie theaters. Is it good? Is it bad? We haven’t seen it so we can’t really say for sure, but knowing as we do Morbius the Living Vampire, we are not hopeful. But! be warned Graeme more or less goes on to spoil the post-credits teaser for it, and Venom 2 and Spider-Man: No Way Home! Impressive, right?
19:08-41:41: Despite Graeme’s generous offer to spoil the first four episodes of Moon Knight, Jeff takes it upon himself to try and spoil The Eternals, which he’s just seen. But first! We also spoil Shang-Chi and the Legend of the Ten Rings (maybe? I can’t think of anything in there that’s really super-spoilery unless, I don’t know, you were expecting the movie to be faithful to the original ’70s run which it most definitely is not). I don’t know, maybe we don’t spoil it as much as just…”talk about it?” Is that what we used to call this kind of thing? Oh, but we also talk about Graeme’s nine year old trying to find good comics to read with Iron Man and Moon Knight in them. Are we getting to the point where the MCU is so different from the comics Marvel Universe that it’s difficult to convert movie watchers into comics readers? (But having said that: check out what his favorite Marvel character and comic is!)
41:41-1:07:02: Anyway, remember earlier when I promised Jeff was going to talk about and/or spoil The Eternals? That time has arrived…and Graeme still can’t believe Jeff watched it! He probably can’t believe Jeff is going to go on to compare the movie to ’80s Alan Moore either, but if you like to hear a movie damned with faint praise (Jeff) or just outright damned (Graeme), this may well be the discussion for you!
1:07:02-1:18:17: Bad but horny movie update! Graeme and Chloe have re-watched Videodrome, an experience that is a bit different for Graeme every time he watches it. But they also watched Benedetta (on Hulu) which Graeme insists is a *good* but horny movie? Sounds suspect, but we’ll allow it. There’s also light discussion of Critter Fixers (hopefully not a horny pick for Graeme), What If? (ditto), The Minx (maybe, though?), and Julia (quite probably). 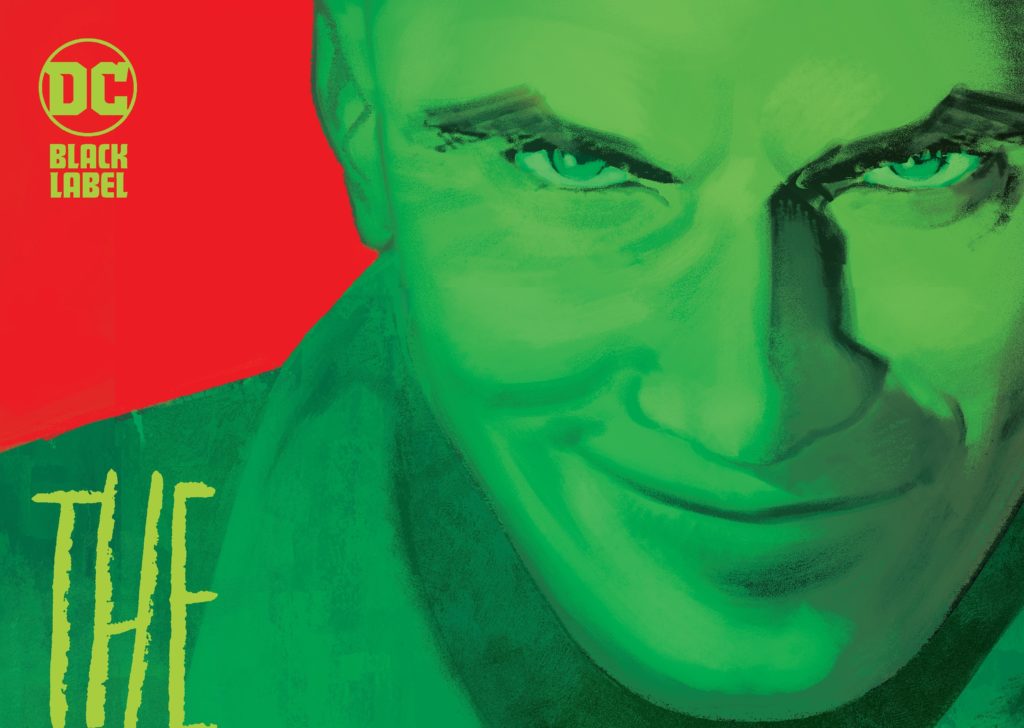 1:18:17-1:32:07: Comics? Comics news? Comics stuff? Jeff thinks this happened during Drokk or our skip week but DC Universe Infinite is finally rolling out beyond the U.S. (Canada, Australia, and New Zealand now; the U.K. on April 28; Brazil and Mexico in “Summer 2022”) and we are here for it! Oh, but! It’s been a while since we’ve had a Tom King-related fight, so we do talk about Tom King’s recent Substack newsletter about if and where DC Black Label books fit in to DC continuity, and how that relates to the recent controversy (is it a controversy if Graeme doesn’t hear about it, though?) Also discussed: GNORT’S DEAD?!? 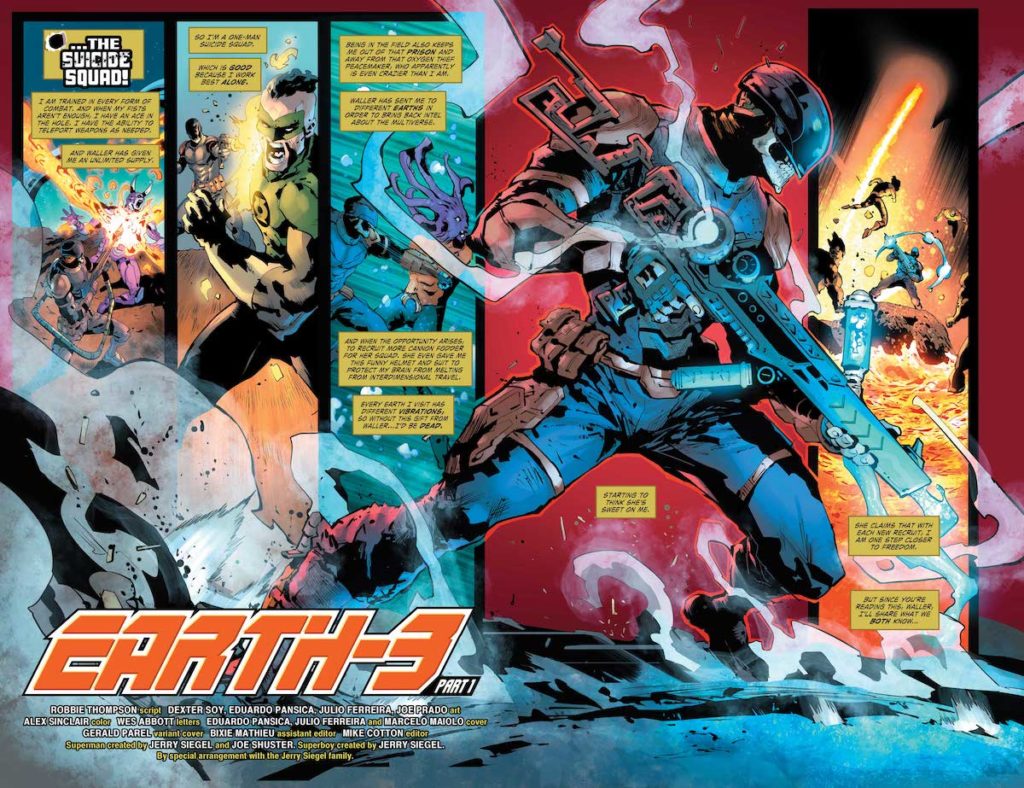 1:32:01-1:39:27: From that touching off point, we discuss Graeme’s latest newsletter entry about how so much of Marvel’s work feels incredibly homogenous and how DC’s been ending series not as relaunches, but as actual ways to keep the characters fresh and avoid them outwearing their welcome. As an example, Graeme talks a bit about the end of the current run of Suicide Squad, how it ties into The War For Earth 3, and how it puts the status quo of SS in a *very* interesting place. [SPOILERS for the end of The War For Earth 3 around the 1:33:08 mark]. Graeme also tries to (once again) point Jeff to Robin, the current series by Joshua Williamson and Gleb Melnikov, a book that mixes manga tropes and Batman mythos stuff and therefore seems to be very “right up Jeff’s alley.” (As opposed to “right up Crime Alley,” which God forgive me I thought of just now and could not talk myself out of typing.)
1:39:27-1:46:23: Jeff has checked a couple of recent DC trades off Hoopla, but that is kind of secondary to talking about Grant Morrison’s current series of annotations about season two of The Green Lantern and how readable Morrison makes discussing a second season always on the verge of ending up (as Morrison memorably puts it) “face down in a swimming pool of its own piss.” (By the way, if you can guess which one of us brings up Alan Moore’s Masterclass as something to sign up for, hat’s off to you!)
1:46:23-1:55:38: Jeff just realized (and is a little chuffed) that he’s now up to seven ongoing manga series that he’s reading simulpub fashion, a sign perhaps of how much he’s departed from the Big Two comics Industrial Complex (physically, if not mentally) and Graeme has some very smart and sensible questions about how that differs from reading them in tankōbon fashion.
1:55:38-2:01:48: Graeme (who only reads things he likes, like some kind of god-damned fancy boy) has been reading the very amazing-sounding Rok of the Reds, a “what if Doomlord possessed Jamie Tartt/what if The Brother From Another Planet took place inside Roy of the Rovers” alien invasion sports comic from John Wagner and Dan Cornwell (and Alan Grant!), self-published by Wagner! Incidentally, Graeme was turned on to the comic after hearing the extensive John Wagner interview conducted by Michael Molcher for the huge online convention celebrating 2000 AD’s 45th anniversary! Anyway, if you’re a fan of our Drokk! podcast, check out the interview…and if you’re a fan of Wagner’s work at its most oddball, help the guy break even and duck over to Rok of the Reds and buy copies of the two trades in either print or digital?
2:01:48-2:20:01: And a little closer to the 2000 AD beat, Graeme put all of the Dredd strips from 2021 into one PDF to read in a go. It sounds like an amazing experience (our author typed enviously) and Graeme unpacks how it informs our recent “consistently good, not great/feels a bit more directionless than directed” quandry over on Drokk (reading strips from two decades earlier).
2:20:01-end: Closing stuff!  Graeme’s newsletter (https://www.getrevue.co/profile/ComicsFYI!  Stitcher! Itunes! Instagram! Twitter together and separately: Graeme and Jeff!  Tumblr, and  on Patreon where a wonderful group of people make this all possible, including Empress Audrey, Queen of the Galaxy, to whom we are especially grateful for her continuing support of this podcast.  (Plus, closing episode Showgirls-related fun fact courtesy of the inimitable Ian Brill. Thanks, Ian!)
NEXT WEEK:  Drokk!!  Read vol. 34 of Judge Dredd: The Complete Case Files and join us for more zarzaj scrotnig grixl patootie! (Please note: I made up two of those words but I’m not sure which ones.)