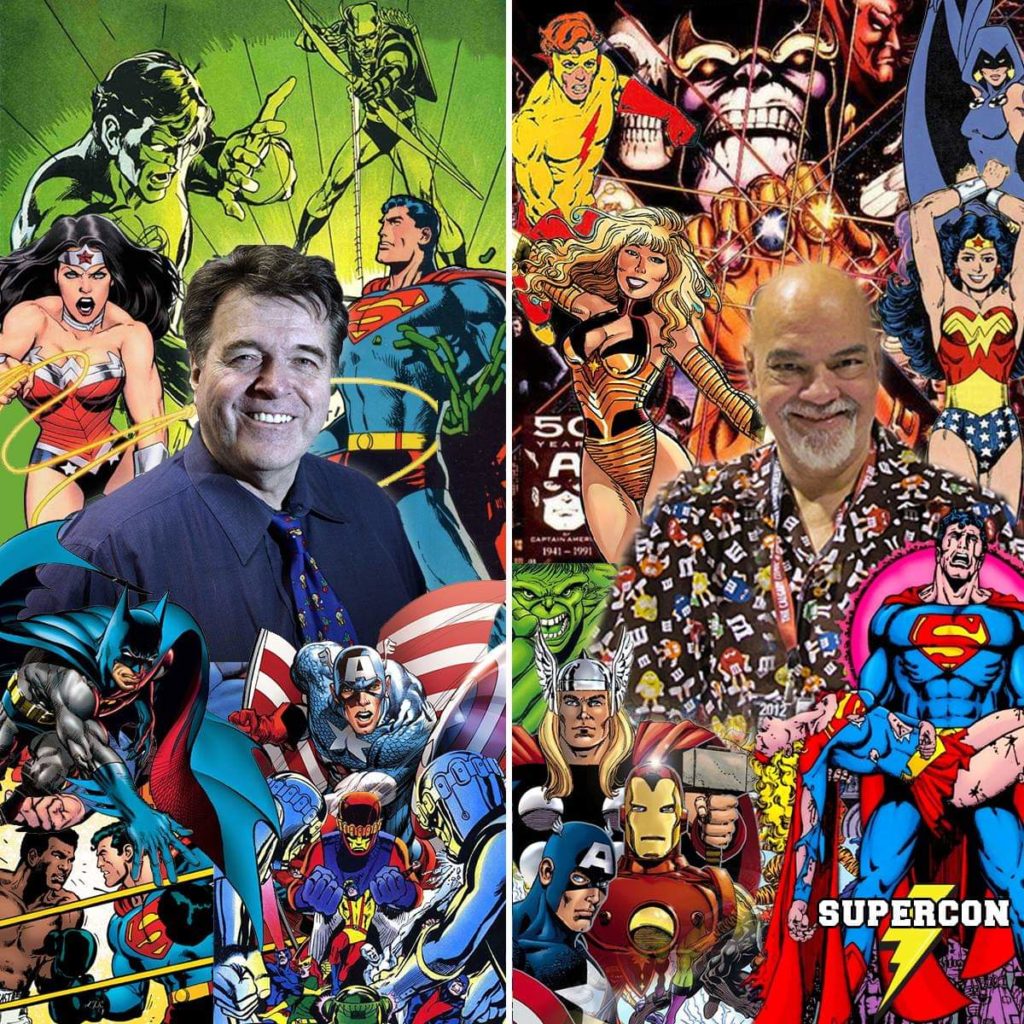 00:00-7:50: Greetings! Or as our new standard greeting for 2022 apparently goes: “so what ended up fixing [the tech problem] was…” I wish I could say you only hear Jeff make audible whining noises in the first minute thirty, but oh-ho-ho that certainly is not true!
7:50-1:00:06: We recorded this on Free Comic Book Day 2022 (something we talk about in more detail at the very *end* of the episode) and also on the day the Internet learned George Perez had passed away on Friday, May 6. Following on the heels of Neal Adams’ death the week prior, it is hard to imagine such a near-simultaneous loss. Here, we talk a bit about Perez, Adams, their work, and their legacy. Also discussed: reappraising Marv Wolfman, the recent two part oral history of JLA/Avengers over at The Beat (though Jeff only read the first part, and Graeme’s more sensible take is based on having read both parts); and more. 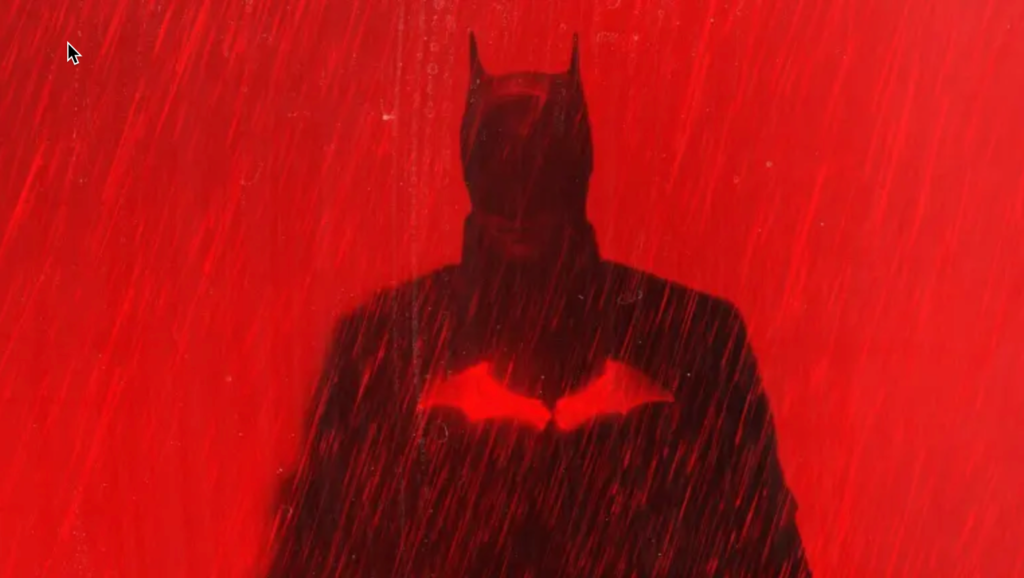 1:00:06-1:17:10: And then on to other topics, such as…The Batman! Jeff dug it. Sure it was too long, overstuffed, and tried to do too much (so many of the faults of most superhero movies Jeff rails against) but…worked for Jeff! Whereas that West Side Story remake?
1:17:10-1:23:48: Oh, and also: Jeff was thinking about it and he’s got *yet* another MCU theory stemming from the final episode of Loki! Spoilers for the final episode of Loki and, if Jeff had his way, the next big arc of the MCU but….nah. (For reasons that Graeme doesn’t elaborate on-air because they have “Dr. Strange: Multiverse of Madness” spoilers.) So sorry for the brief (?) injection of Fanfic Headcanon (which sounds like a Steve Gerber villain, bless him). 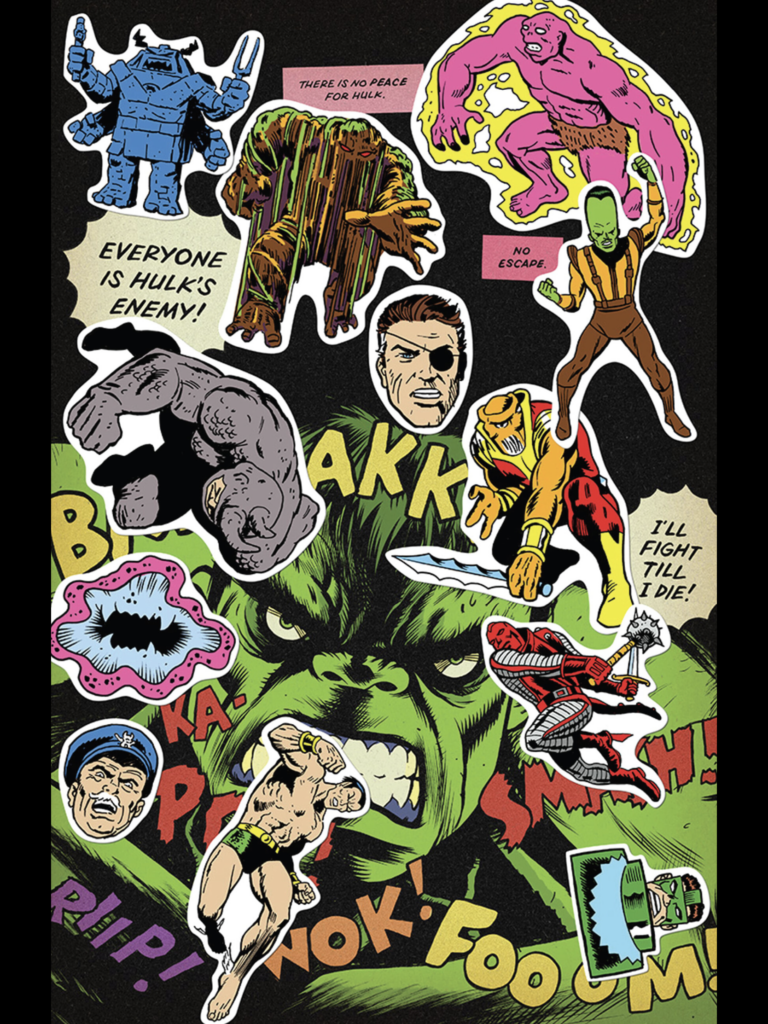 1:23:48-1:32:47: Actual comics! They were bound to show up eventually! Jeff bought the first issue of Jim Rugg’s Hulk: Grand Design – Monster #1 and…did not like it! Damn it! We also discuss Piskor’s and Rugg’s Grand Design projects and what a tightrope act they are, as a way (at least for Jeff) to find more empathy for Rugg.
1:32:47-1:48:35: Oh, and what’s an episode of Wait, What? without a jovial skirmish that threatens to turn deadly? Jeff finally quits his subscriptions to Avengers and Avengers Forever, Graeme has a question or two to ask about the process and bam, we are off to Skirmishville! (Population: Us.) How does The Great Gatsby come into it? You’ll just have to listen, I’m afraid.
1:48:35-2:08:05: “I’m going to pivot off all of that,” Graeme says tactfully and moves on to talk about Jed Mackay and the Death of Doctor Strange (with art by Lee Garbett)! Graeme was on the fence about Mackay’s work and talks about that for a bit before talking about how much he does enjoy the Mackay scripted event (minus the innumberable tie-in issues that add nothing (and probably are not written by Mackay I’d bet but don’t quote me either way). Also discussed: Beyond: Spider-Man, a thing I sort of had vaguely heard about but not really; Darkhold, a Steve Orlando scripted, uh, event?; and more. 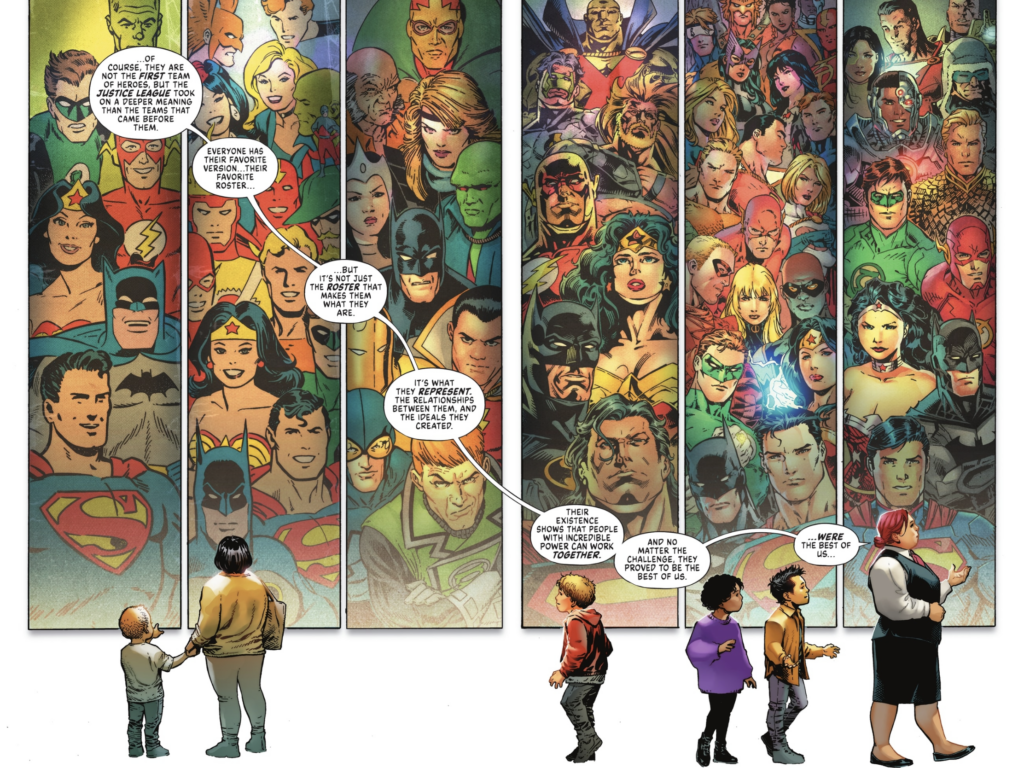 2:00:17-2:08:05: As mentioned above, we are recording this on the FCBD, and Graeme had some recommendations in his recent newsletter, so Jeff asks him to recap those. Also included: some really impressive shenanigans from Diamond about Free Comic Book Day, and more.
2:08:05-2:16:59: Oh, I was wrong—the fight about Avengers kind of ends up here, because Jeff tried bottling up his emotions in the earlier segment, and it finally all comes cascading out here. Yeah, good times, my friend, good times. (Good times, and a *Great* Gatbsy!) Also, crammed in there at the corners: Chihayafuru!! It’s so good, you guys. It’s so good.
2:16:59-end: Closing comments (give or take a few minutes, but let’s say it comes in here)? But Graeme talks about reading the oral history of Mad Max: Fury Road and reprints of the British Transformers comics, and Jeff talks about the observation about Elon Musk buying Twitter that led him to…the first episode of Baxter Building? And also: Graeme’s newsletter (https://www.getrevue.co/profile/ComicsFYI!  Stitcher! Itunes! Instagram! Twitter together and separately: Graeme and Jeff!  Tumblr, and  on Patreon where a wonderful group of people make this all possible, including Empress Audrey, Queen of the Galaxy, to whom we are especially grateful for her continuing support of this podcast.
NEXT WEEK:  Time to get Drokked! Read Vol. 35 of Judge Dredd: The Complete Case Files and join us here next week, citizen!