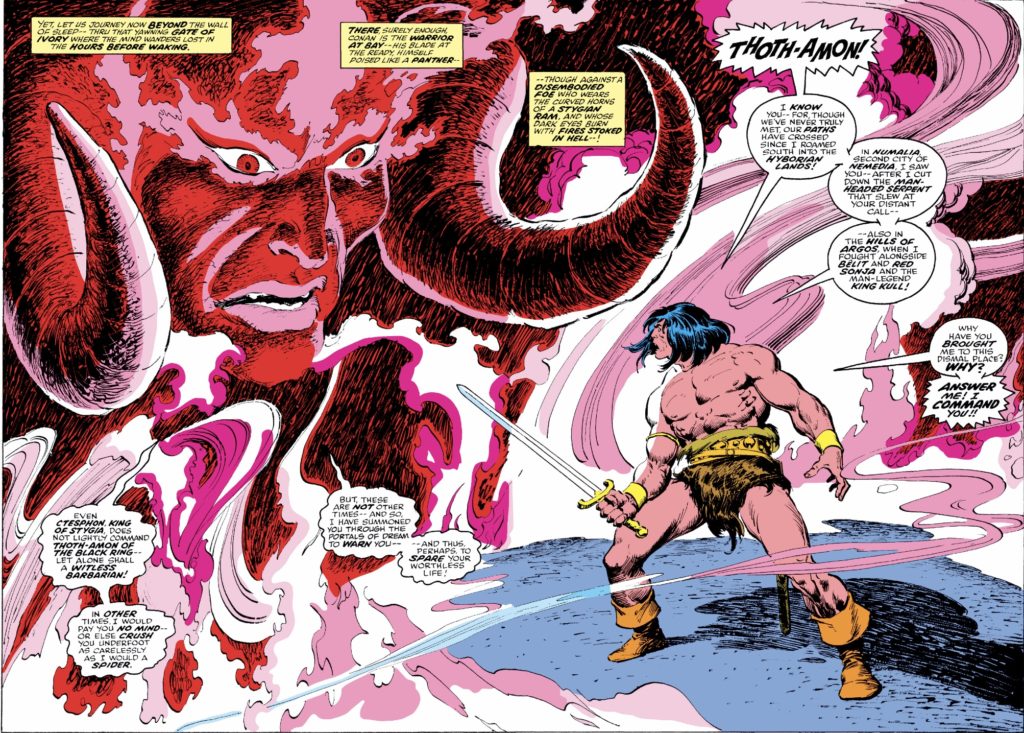 00:00-10:33: Greetings! We are once again joined by the surprisingly mellifluous Chloe Maveal, and there’s a bit of talking over one another as we try and get used to a couple of tweaks to Jeff’s recording method, and the old “switch from a headset to a separate microphone” on Graeme and Chloe’s end.  Come for the talk of the Math & Drugs podcast (which you are welcome to start if one doesn’t exist) and stay for Jeff’s careful evasion of disclosing what he weighs. 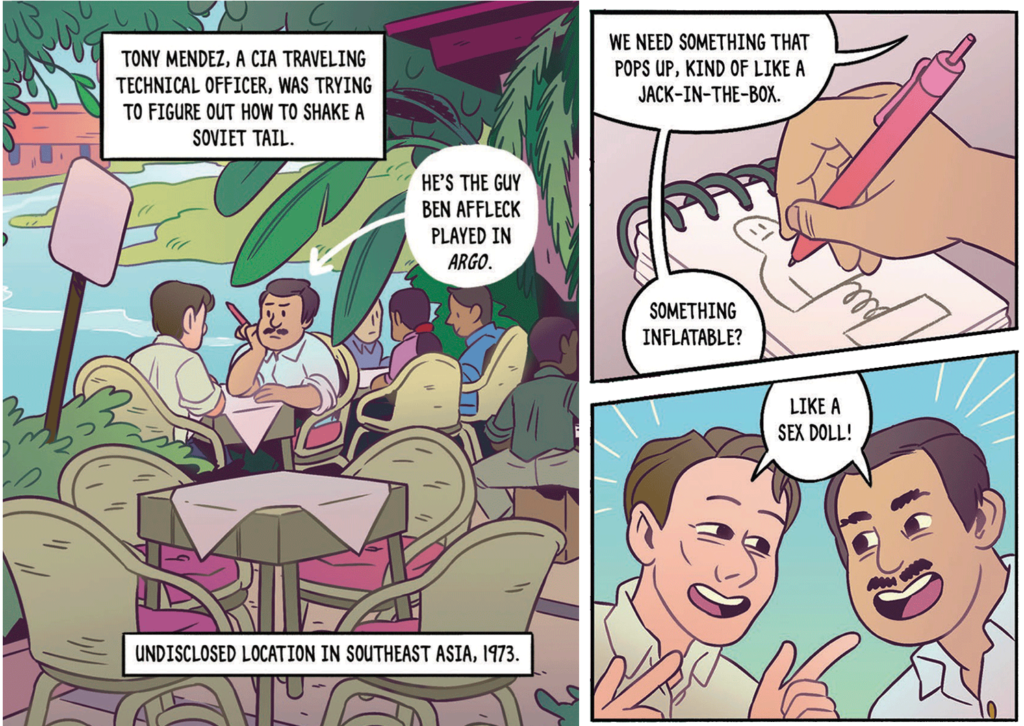 10:33-31:10: Comics news? Kinda/sorta?  We unfortunately shorted pal of the podcast Lauren Davis and her Triple Dream Team by not mentioning their Eisner nomination for their excellent “Trickster, Traitor, Dummy, Doll,” but we do cover the general ambivalence about the Eisners (while still somehow also shorting Graeme, who wrote an excellent newsletter entry about problems with how the Eisners nominate comics journalism)) and also the news that the Conan license will be departing Marvel (again, another excellent newsletter from Graeme that has some intriguing quotes from the President of the company that controls the Conan property) pronto. We talk a lot about Conan, how to (or whether anyone can) make the license work, and as Graeme puts it: “what’s the closest successful thing to Conan that isn’t Conan?”  Jeff’s answer is…Conan?  Jeff spends a lot of time talking about the original success of Conan that Graeme is able to distill more directly and more correctly (answer: it’s the haircut).
31:10-56:55:  After Jeff is done to Conansplaining, we are on to talking about….that She-Hulk trailer.  That depressing, depressing She-Hulk trailer.  Chloe, apparently annoyed by it earlier in the week but did her best to suppress it, finally can stand it no more and has some things to say (some of which also happen to be amazingly good names for post-punk bands). Those photos of Natalie Portman in Thor: Love and Thunder that are also vexing!  And, as long as we’re talking about it, how do you get those Marvel dudes to look that way, anyway?
56:55-1:05:26:  So it almost seemed like we were going to talk about Jeff’s current manga obsession, Chihayafuru, but we all knew that sooner or later we were going to about Lovestruck High, the reality show on Prime about Brit 20-somethings going “back” to high school—which is to say an American high school (which is to say, an abandoned school in Devon).  Graeme and Chloe are there for it, Jeff is completely and utterly horrified, it’s a whole thing.  But! Before we do—a quick plug for the current season of RuPaul’s Drag Race which sounds great.
1:05:26-1:24:45: Going from the terrifying to the equally-terrifying-but-in-a-different-way, Chloe asks jeff how he feels about the trailer for the new Cronenberg film, Crimes of the Future.  What follows is a discussion about Cronenberg, his themes, the way they resonate differently with Chloe and Jeff and why (Graeme sort of skirts around the edges of the conversation but perhaps wisely decides to save himself).  But also! A discussion about the relationship between the ass and the belly button.  (Graeme wonders if the reason why Jeff maybe isn’t a fan of body horror is that he doesn’t know where obvious things are on his body….and upon listening while editing, I have to say there’s maybe something to that?)  Oh, and the time Jeff sent Graeme and Chloe his old bidet (and forgot to empty out the water reservoir first) might maybe gets mentioned as well?  So yeah, kind of an amazing context within which to talk about the films of David Cronenberg, for sure.

1:24:45-1:40:41: Okay, so: Chihayafuru!  Jeff’s got a lot to say about it. A lot.  He loves it, and here’s why.  I will say that although I read the first 20 volumes on Azuki for a very low monthly price ($4.99 a month, or $49 a year(, those same 20 volumes are available to read with a Comixology Unlimited subscription (which is $5.99 and gives you discounts on purchases and some manga and comics exclusives).
1:40:41-1:59:47: Graeme has recently read Young Frances by Hartley Lin, a graphic novel comprised of the chapters that appeared in Lin’s anthology Pope Hats (that Graeme and Jeff were both reading as it was published).  Graeme finally got to read the whole thing (including the ending that, if I’m remembering correctly, only appeared in the graphic novel.  Graeme was frustrated by the meandering and diminishing returns to the, uh, plotting, but  is curious about the way Jeff related to it since Graeme notices very direct parallels between the lead character’s  relationship to work with Jeff’s?  Also discussed (or not discussed, as the case may be:  Jurassic League of America #1, our favorite dinsoaurs as kids, and more.
1:59:47-2:02:56: Also to be left undiscussed: Chloe and Spice World, and Graeme and Oasis….but Jeff does mention the excellent writing Chloe is putting out on her Patreon every week!  We don’t spend as much time on that as we do about whether or not Gary Glitter gets royalties when you listen to his songs on Spotify (good news: he doesn’t), but believe me it’s worth checking out. But that said, now it’s time for…
2:02:56-end: Closing comments!  And also: Graeme’s newsletter (https://www.getrevue.co/profile/ComicsFYI!  Stitcher! Itunes! Instagram! Twitter together and separately: Graeme and Jeff! (and Chloe!) Tumblr, and  on Patreon where a wonderful group of people make this all possible, including Empress Audrey, Queen of the Galaxy, to whom we are especially grateful for her continuing support of this podcast.
NEXT WEEK:  Skip week!! We will see you in June!