With the whole series over as of last week’s tenth and final chapter, I’ve been thinking a lot about The Private Eye, A.K.A. “that other Brian K. Vaughan book, the one that’s not Saga.” I’m unsure if it’s the fact that it’s been a digital-only release, or the irregular release schedule, that’s to blame, but it feels like it’s been something that’s been somewhat overlooked in terms of the larger comic book conversation, even as Saga has become accepted as The Next Big Thing.

Of course, it might be the comic itself. I liked The Private Eye a lot, but in many ways it felt like the obtuse sibling to Saga; whereas the latter exists in a far more “out there,” science fiction-y world, what appeals about the series — for me, at least — is that it’s really a book about easily relatable emotional truths, and that those beats are at the forefront of the series. Saga, for all the talking animals and television heads, is an instantly-recognizable family drama at heart. The Private Eye, not so much.

The Private Eye has a lot of grand ideas in mind — how reliant have we become on technology, and what are we when that technology is gone? What is privacy when everything is performance? — but it’s difficult to feel as if any of them are fully explored, or in some cases, explored with any real depth. The culture on show in the series is clearly something that Vaughan and artist Marcos Martin have thought out and planned around, but not enough of that makes it onto the page, and the result is something that’s curiously unsatisfying in terms of world building, forcing the story to rest upon the appeal of the central story.

That’s where the final issue let’s everything down, at least for me. On the surface, this is a slick and professional script with big moments, sly jokes and emotional beats coming from the purposeful ambiguity of the climax. Looking at it one way, it’s all there. But… it feels lesser, somehow, than what I’d been hoping for; a summer action movie instead of anything that really addresses the ideas that were thrown around in earlier issues, but one that nonetheless resists the base-level satisfaction of the hero definitively getting to “beat” the villain. It swerves away from that at the last minute, and the result is something that just feels incomplete. It’s too smart to be mindlessly trashy, but too unwilling to fully wrestle with its own premise; I’m not sure if I was really expecting something otherwise — Vaughan’s Ex Machina had a similarly unfulfilling ending, I seem to remember, so it’s not as if I expected Vaughan to land it perfectly — but I finished the issue with a sense of Huh. Is that it? that I hadn’t really seen coming. 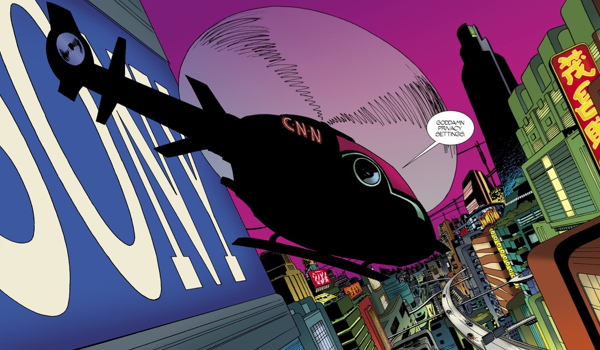 (That said, the humanist in me loved the “Probably had this coming! Done some shitty things in my day”/”So had every person ever, dummy!” exchange, which makes me want to forgive many sins present elsewhere in the writing.)

Of course, if I’m honest, Vaughan was never the primary selling point for The Private Eye. Since the series’ first issue, it’s always been about the visuals, with Marcos Martin and colorist Muntsa Vicente providing something so clean, so sharp and so bright that it was unlike anything else around. They don’t disappoint on this final issue, making scenes that would otherwise fall flat into something that’s visually arresting at the very least. The six page silent sequence — which, in many ways, serves as the climax of the main narrative — suggests that Vaughan realized that it was the art that was the star of the show as well, or at least more than capable of handling the heavy lifting when necessary. Unsurprisingly, they’re maybe the most enjoyable pages of the final issue.

In the end, The Private Eye falls victim to the lure of the spectacle in much the same way as the world in which it takes place, and would appear to be criticizing. There’s a lot to like in the series — really, the visuals alone would be worth the price of admission even if the series wasn’t available on the pay-what-you-want level — but there’s an emptiness at its heart that dooms it from becoming something truly great, and nowhere is that more obvious than at its ending. Given that the issue’s letter column promises a new series from this creative team, let’s hope for better things next time… 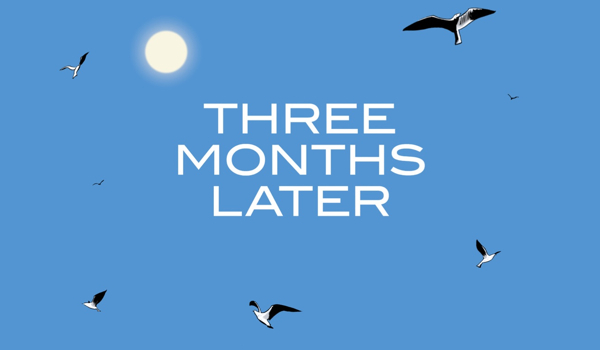 3 comments on “You’ve Got To Know What My Head Overlooks, The Senses Will Show To My Heart: Graeme Is Disappointed By The Private Eye”