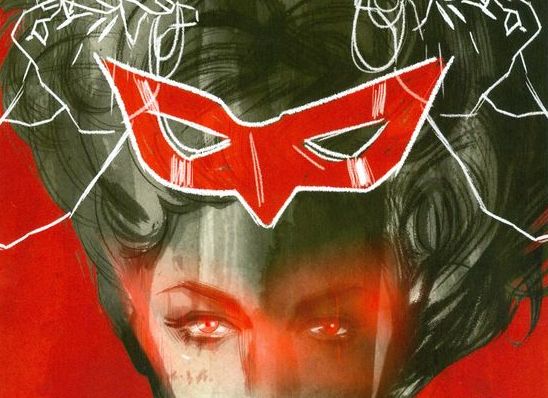 Reading Dynamite Entertainment’s Blackcross is like visiting a ghost town, in many ways. In one sense, that’s by design; the atmosphere for the series in both writing and art is purposefully spooky and unsettling, and the whole thing plays as much like a horror movie than a superhero comic. (Even if the title feels like someone saw Broadchurch just as solicitations were due and thought, “Sure, a dramatic town name, that’ll work.”)

Unintentionally, though, there’s the feeling that no-one else is reading this series — that it’s an already-forgotten piece of Warren Ellis’ quiet comics comeback alongside Supreme: Blue Rose, Moon Knight, Trees and Injection, all of which are deservedly getting attention and praise (Of those four, most people talked about Moon Knight, of course, because it’s a Marvel book, but I think that Trees might be the most interesting; there’s something about what’s absent from it that gets me, in a good way). It’s odd because, in many ways, Blackcross is the most traditional of the series, the one that confirms most readily to genre norms, even as it plays with them and stirs them together to see what new flavors they can make together; it’s the series with the most recognizable shapes for newcomers unprepared for the digressions and obsessions that fill Ellis’ other recent work, and yet it’s the one that it feels as if no-one is really talking about.

That’s a shame, because as slow as it is — and it is, very slow — there’s really something to the series. I’ve read through #5 (which is released next week, and finally unpacks the backstory behind the possessions of random people by the Project Superpowers characters in a way that feels suitably “new” and faithful to superhero tropes without betraying the feeling of what’s gone before), and there’s a sense of Ellis trying to rehabilitate the characters beyond their Project Superpowers roots for future use by others. I’m not convinced that others will be able to pick up the pieces left over and use them as well as Ellis has suggested here — one of the things about Ellis’ current comics work is his very presence, the fact that everyone exists in Ellisspace, speaking in very particular voices with a cadence and language that’s so particular to his writing, which only a handful of writers I can think of could follow, realistically — but as a rescue mission, it’s wonderful to see. 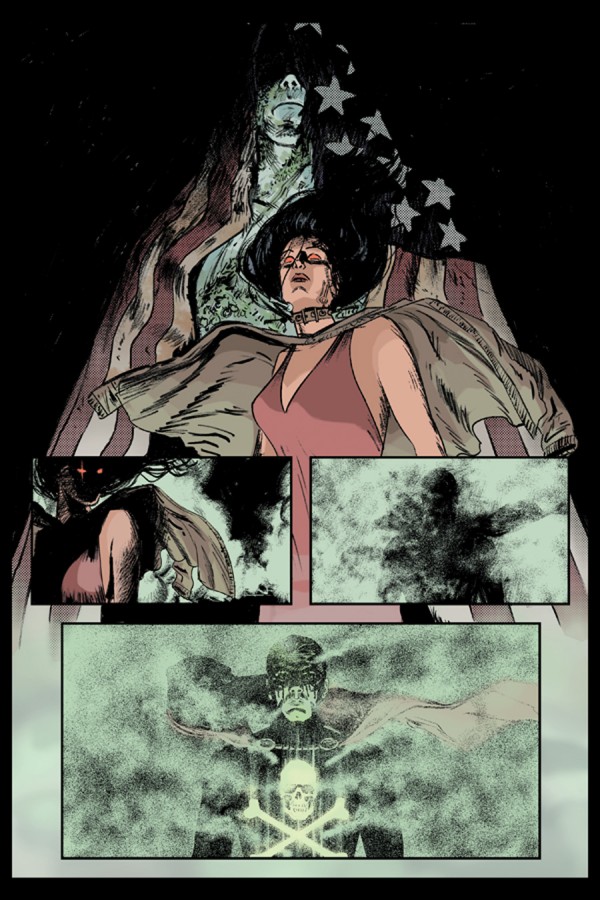 That’s really what Blackcross is, of course: a rescue mission for a group of Golden Age heroes whose previous revival ended up being abandoned midway through. It’s what Ellis has become known for, oddly; rehabilitating characters for Marvel and moving on. It’s something he’s good at, and Colton Worley’s art for the series adds to the appeal this time around: while it’s not perfect (his figures can be a little too static, his atmospheric noise a little too vague), it feels different and… not realistic, per se, but of a specific school of comic art — for those of a particular generation, it’s very like Paul Johnston’s black and white work — that gives signifiers that the things that are happening shouldn’t be happening. Moreso than the art in any of Ellis’ other recent comics with the exception of Tula Lotay’s Supreme, it’s art that matches the tone of Ellis’ intent even before the plot has unfolded.

I’ll be curious to see if Blackcross gets a reputation as a lost classic — or, at least, a lost good comic — upon the release of its collection, or if it just ends up fading away into relative obscurity. We’re long past the point where Ellis’ comics were “important” to the greater comic conversation (Do any creators have that level of fame anymore, now that even Alan Moore’s Providence is pretty much under the radar?), but I’d be sad if this stayed entirely under the radar for its lifespan; it’s a quiet, unusual take on the constant superhero trope of rebooting, and there’re things to learn from it.