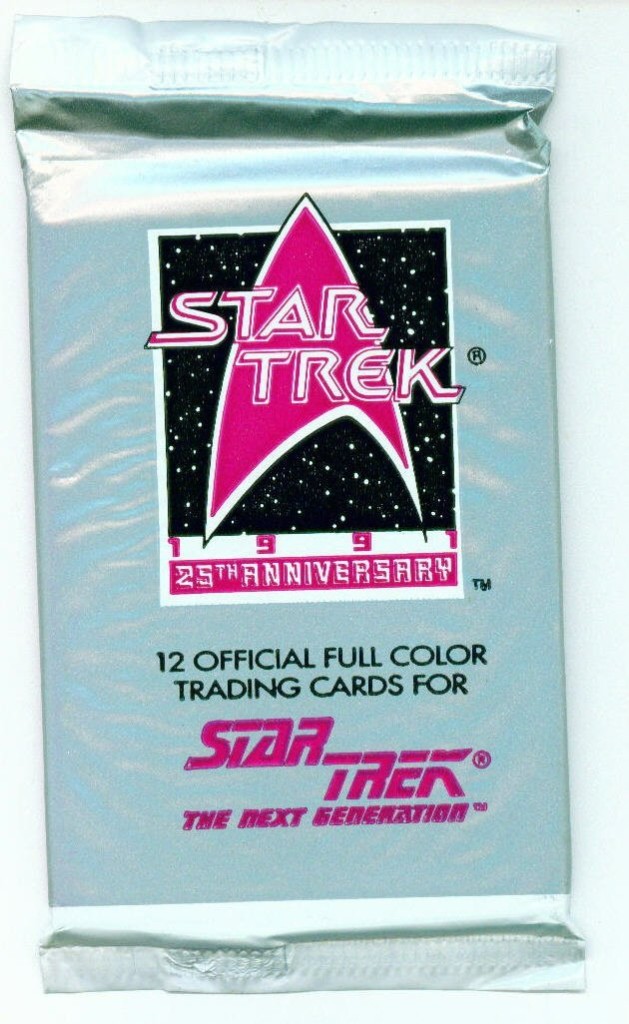 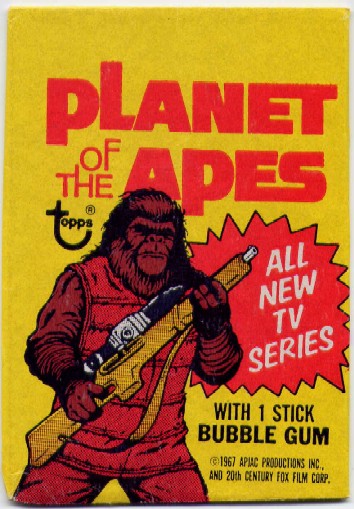 In the last week, I’ve used all of these with one single goal in mind:  how can I write something topping last week’s piece in its combination of old nerd obsessiveness and dangerously low reading comprehension?  A lot of brainstorming.  Many vision boards.

And so, after the jump: my review of Star Trek/Planet Of The Apes: The Primate Directive.  Warning: I spoil the crap out of the end of Beneath The Planet of the Apes and also the end of this miniseries. Full spoilers, people, FULL SPOILERS. 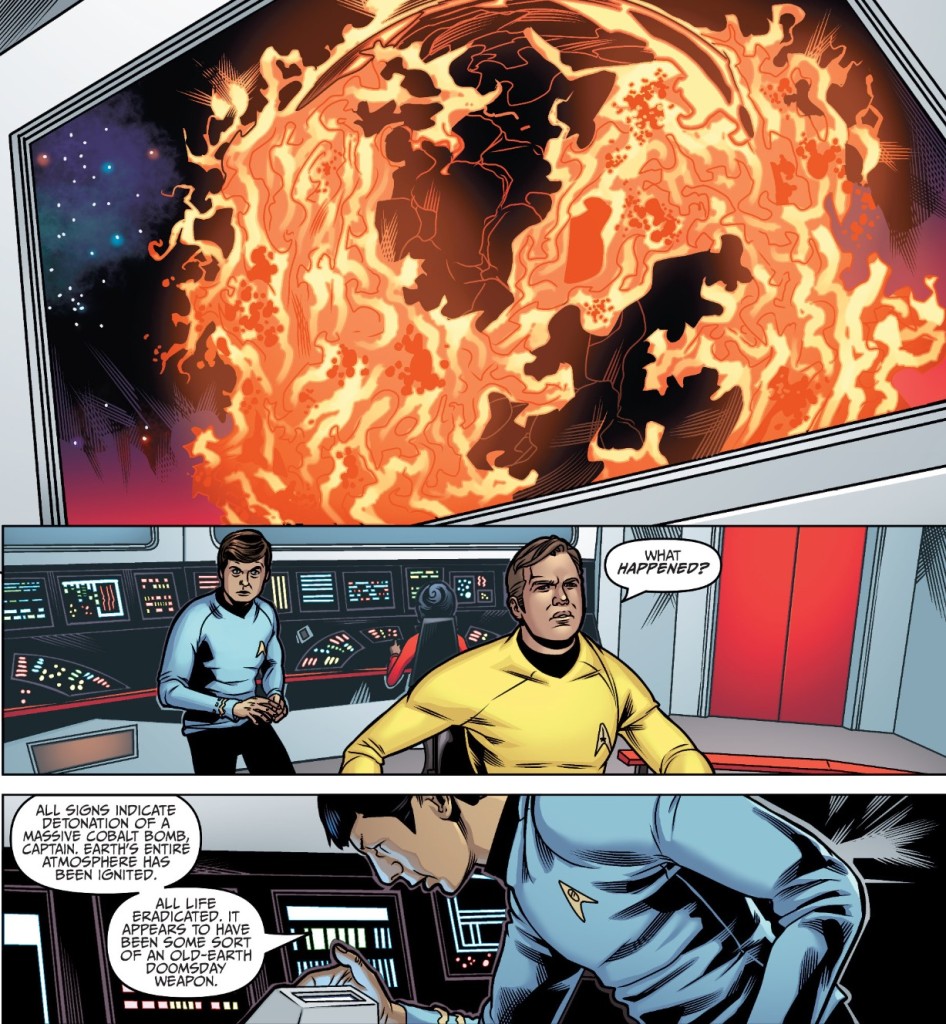 STAR TREK/PLANET OF THE APES: THE PRIMATE DIRECTIVE #1-5:  Yeah, yeah, yeah.  Put aside the whole Six Million Dollar Man: Season Six thing (god knows, it looks like Dynamite has):  this is my jam.

I was playing Star Trek on the playground in the second grade, a year before I ever saw an episode.  (So of course I was Bones.)  I grew up out in the woods, where we only got two channels—and intermittent PBS—both rarely bothering with syndication packages, so every viewing of every episode of the original Star Trek felt like a gift. My brothers and I owned the photonovels, the James Blish adaptations, the Gold Key comics with beautiful covers and awful insides.

I’ve heard people say Star Trek was responsible for science fiction being accepted as a genre worthy of mainstream attention, and I’ve heard people convincingly argue just the opposite, that the New Wave  movement of science fiction had already been in the process of doing that on its own before Star Trek came along and destroyed any and all progress:  white guys in space ships clutched at by green girls in bikinis.

Because I’m a philistine, I don’t really know about that.  I just know that as a kid, the original series of Trek has everything: fistfights, aphorisms, short skirts, friendship, monsters, alcohol, space ships. In my mind, it is still the lustiest TV show I know, but it doesn’t lust for sex—well, not just for sex—as much as it  lusts for life, for the pleasure of living, perfectly positioned as a fantasy for male children of what it is to be grown men, and a fantasy for old men of what it was like to be young. And it is quite possibly America’s most beautiful daydream about itself: a daydream in which we live equally, participate generously, and colonize wisely. It so barely resembles the America we live in now it hurts my heart to think of it.

By contrast, Planet of the Apes?  Also my jam, but possibly even more so. I watched the original movie when it first came to TV, and I went on to watch every movie multiple times. Like Trek, it ended up being a staple of my childhood play, and for me, like Trek, that first movie also has a surprisingly healthy appetite for life:  fistfights, aphorisms, short loincloths, apes, space ships, and of course the way Charlton Heston says every line like he’s tasting the best steak he’s ever had in his life.  Even better, Apes is a good lonely kid movie, a movie with a solo protagonist, someone who is displaced, different (and therefore special) and indicative things are not in sync.  Either the world is wrong or you are wrong or both.

So, on the surface, Star Trek/Planet of the Apes: The Primate Directive seems like a pretty good idea. In fact, if you’re a fan of both original Trek and the first Apes film, here’s a trick: take a piece of paper and a pen, set a timer for ninety seconds, and in that time write down all the bits of fan service you’d want to see.  Did you have Klingons selling guns to the gorillas of Ape City?  Dr. McCoy meeting Drs. Zira and Cornelius? A fist fight between Captain Kirk and Heston’s Colonel Taylor? Maybe some kind of easter egg that helps explain that enormous suspension between Beneath The Planet of the Apes and Escape From The Planet of the Apes? 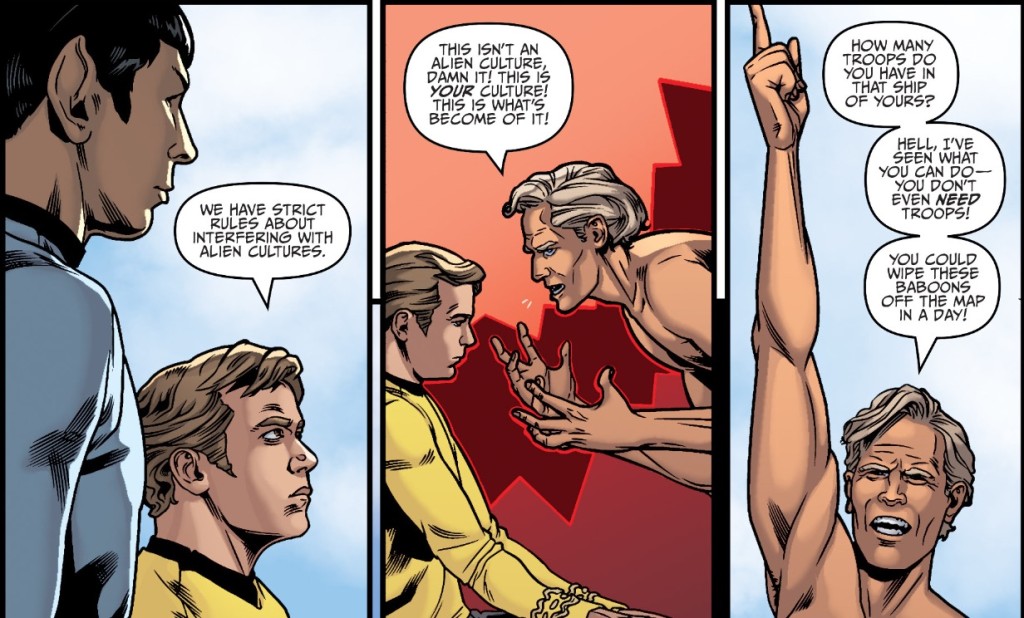 To the credit of writers Scott Tipton and David Tipton, and editors Sarah Gaydos and Dafna Pleban, all of that is in there and it’s mostly done pretty well.  Artist Rachael Stott’s linework isn’t especially dynamic but her storytelling skills are strong.  She’s quite good at facial expressions and okay with capturing physical likenesses.  Stott’s Taylor misses the mark much more than it hits, but the Tiptons nail Heston’s speech pattern extraordinarily well so it evens out.

No, of course not.

There are two really big problems here.  The first problem is pretty easy to get a handle on: in nailing down the plot and the fan service, the authors and the editors were too easily pleased.  ST/POTA: TPD is a five issue miniseries and it is leisurely as fuck: Kirk and crew don’t even hit the surface of the planet until the last page of the first issue.

For the most part, the miniseries feels like an episode of classic Trek, with the end of each issue being a commercial break. More importantly, the Tiptons have figured out how the bits and pieces of Apes fit into Trek’s formula–like several Trek episodes, the planet is a cautionary tale writ large, showing what would’ve happened to Earth if history had gone differently; like more than a few episodes, Taylor is an older authority figure gone wrong who rebels against the wisdom of the Prime Directive; and if you can remember episodes where the Klingons show up to deal arms and take power but their conflict with Kirk and crew is mirrored in a fracture of the culture they’re trying to disrupt, then congratulations! You too can assemble the model kit that is The Primate Directive.  If you don’t know Planet of the Apes at all, it looks like a fan written pastiche of the original series where the authors simultaneously put too much and yet not enough thought into the backstory of the alien planet. 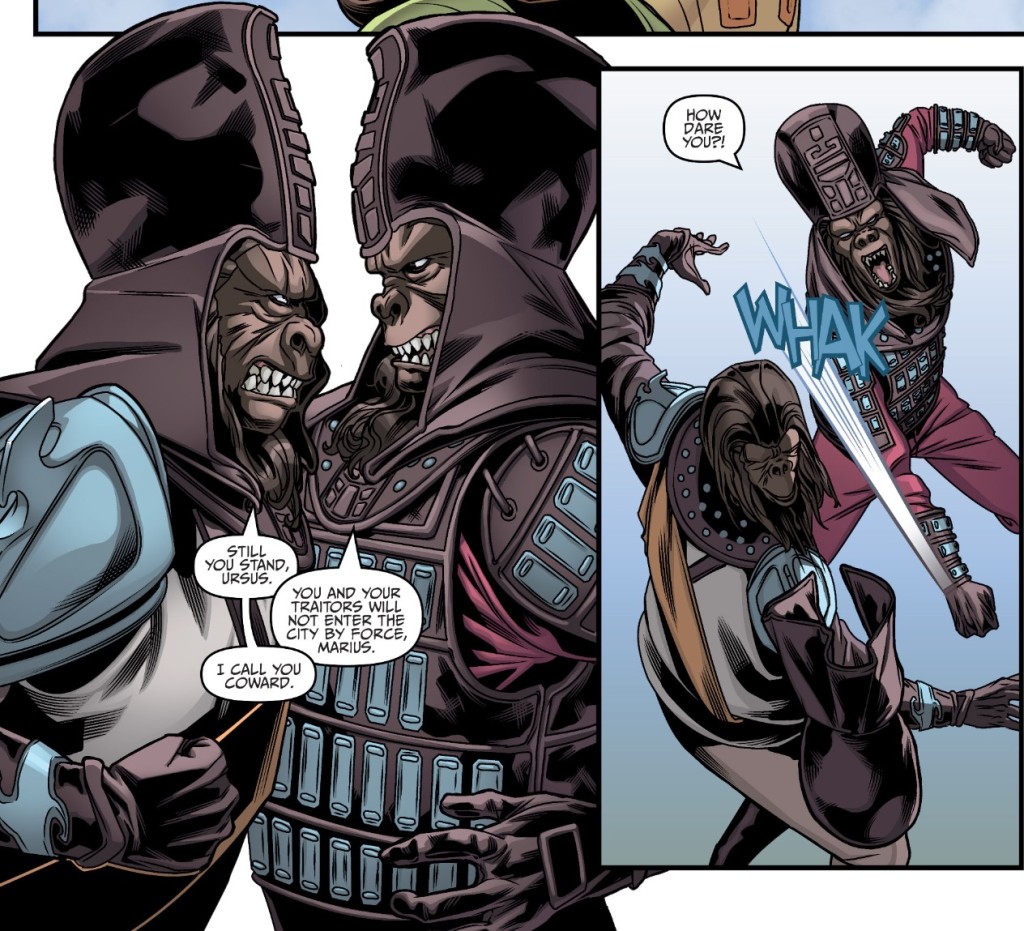 So at five issues, jesus, is it dull.  You are never less than three steps ahead of this thing the entire time, even if you have actively and willingly shut off your brain in advance.  The Primate Directive isn’t a comic book miniseries, it’s a queue in a totalitarian regime: a joyless and unending wait for one’s prescribed allowance of fan service. It’s astronaut ice cream–sure, you can marvel at its existence, but it is so dry it’s barely palatable. It is  about as lusty as a Mennonite tax audit.

To be fair to all involved, the project was all but impossible.  No matter all the surprising superficial similarities, Star Trek and Planet of the Apes are antithetical to one another.  How can you concoct something that could ever be faithful to both?

Because, unlike Trek, the original Apes film isn’t a beautiful daydream. It’s a nightmare, born from the same inspiration as Trek.  Star Trek is about colonization done right, about white imperialist values refined to the point of pure democracy, where the only desire of the Federation is to explore, to exchange no goods other than knowledge, and the only payment required for those goods is wisdom.

But the original POTA is about what really happens in colonization: one culture exploits another, promotes itself and oppresses the other, expands its knowledge by vivisecting the other, and actively erases all suggestions of equivalence, insisting the colonized culture has always been a natural inferior, and its members have always been animals. Even more startlingly, the first Apes film does this by using racist imagery and using it in blatantly racist ways: plantation imagery where white people are in the fields, where white people are locked in stocks and whipped and hosed.  It is the colonizer’s worst nightmare: the merciless and unpitying return of the repressed other, a big budget x-ray of what every racist cop sees when he empties his gun into a black man’s chest.

And here I suppose is another way Trek and Apes are different from one another:  over all the decades, occasional blunder aside, pop culture has only made Star Trek more like Star Trek, whereas in the original set of films, pop culture helps mold the Planet of the Apes from a racist nightmare of eradication to a nightmarish struggle for liberation.  In part to further cater to the black inner-city audiences that were the films’ biggest fans, the producers, writers, and directors changed the nature of the message even as they kept the despairing tenor.  Black men go from victims in the first to allies in the last, even as their coded stand-ins go from terrified and violent oppressors to struggling but triumphant leaders.  But even by the time you get to the last image of the final film, the filmmakers remain on point:  “You already had the rainbow.  The fire is coming.”

The crew of The Primate Directive aren’t unaware of this.  In fact, the crew of the Enterprise leaves the planet but lingers in the solar system for another three days (and as many pages) just so the final destruction of earth can be wedged in, a quarter-page apocalypse, like something from the Hitchhiker’s Guide to the Galaxy but played straight.  It’s not there to underscore the apocalyptic fears at the heart of POTA or even give Kirk a Shatnerian speech, it’s just dotting the “i”s of fan service.

Like I said, I think it’s probably impossible to create a crossover that would’ve successfully bridged the two franchises but I feel if nothing else, a bit more seesawing between the two would’ve given it some more kick. As it stands, The Primate Directive is just another colonizer’s daydream:  a tad more sad than some, maybe, but ultimately untouched by nightmare, even as the nightmare itself threatens to stain everything around us.

4 comments on “The Colonizer and The Colonized: Jeff Reviews The Primate Directive #1-5”