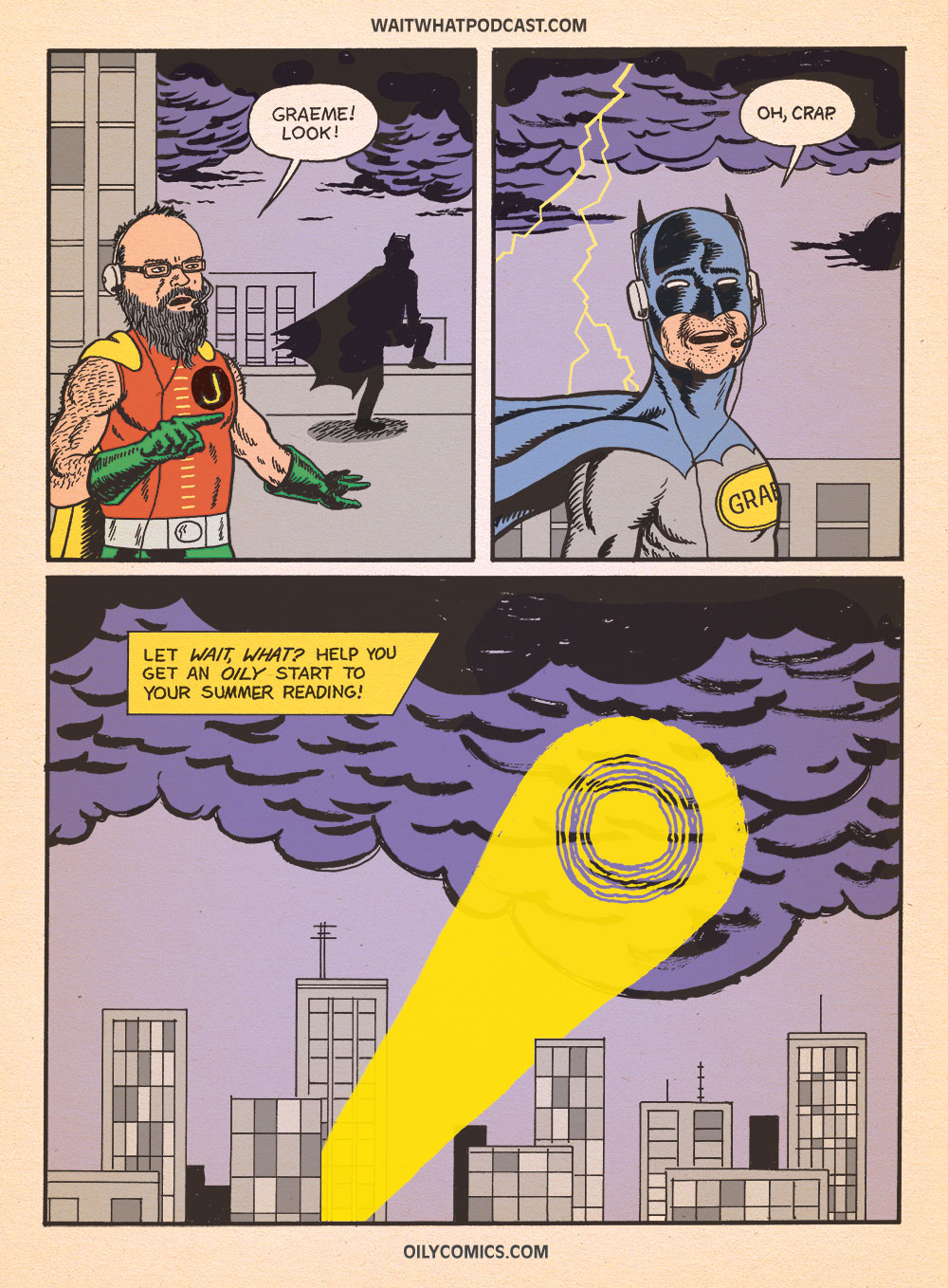 Yes, now it can be revealed!  Graeme and I are thrilled to announce we’ve partnered up with the mighty Charles Forsman:  five lucky listeners are going to each receive a copy of the 2014 Summer Bundle being published by his indie imprint, Oily Comics.

Limited to 200 sets, the Oily 2014 Summer Bundle includes work by Daryl Seitchik, Aaron Cockle, Max de radigués, Alex Kim, and Sacha Georg, as well as prints by Warren Craghead and Billy Burkert, and, of course, work by Mr. Forsman himself, all in a gorgeous envelope designed by Julia Gfrörer.  (No joke, it is amazing.)

As long-time Whatnauts know, The End of The Fucking World made us huge fans of Chuck’s work, so we were gratified, terrified, and humbled that he listens to Wait, What?  In fact, it was his early support of our Patreon campaign (as well as supportive tweets on our behalf) that made Graeme and I think we should do something to thank him for his support, and also promote the inspiring work he’s doing with his Oily Comics imprint.  Also, as you know, we’re a big fan of getting good comics into the hands of good people, so we thought this would be a great way to do so.

Details of exactly how we’re going to get five lucky podcast listeners are still forthcoming, but we will say that although our Patreon supporters will get an early shot at the details, everyone will have a chance to win.  Needless to say, keep your ears open during our next podcast.

Anyway, all of this really was cooked up as a way to support and thank Chuck, but he suggested drawing a comic to promote the promotion, which is how I ended up having a dream I never knew I had fulfilled:  to be drawn as Robin and to have my terrifying arm hair shown to the world.  So now I’m scheming to figure out a new promotion to thank him for his promotion of this promotion…and ’round and ’round and ’round it goes.

So, yeah.  Listen to our podcast next week for more details, ready yourself to win, and pin the amazing cover envelope image by Julia Gfrörer to your vision board for inspiration.  Your Oily Summer starts now! 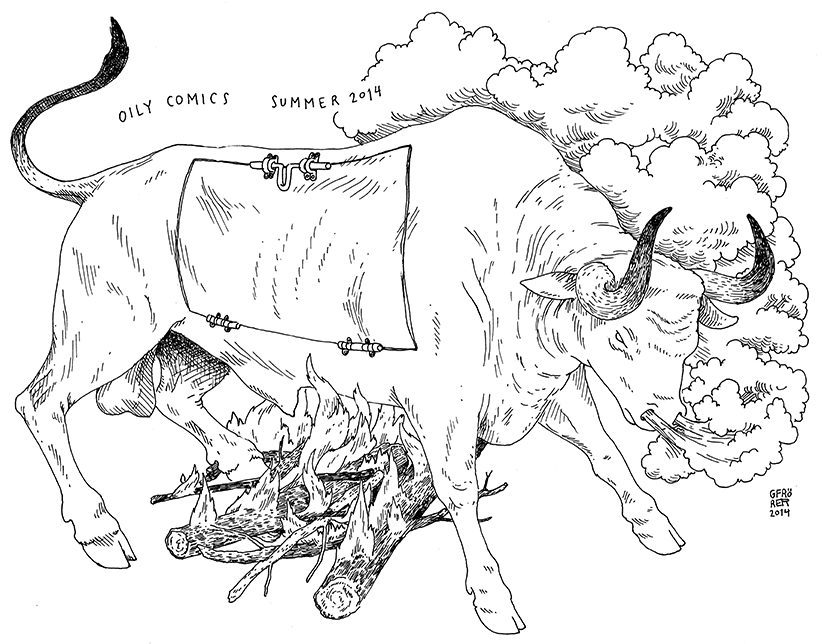 Julia Gfrörer, you are awesome.