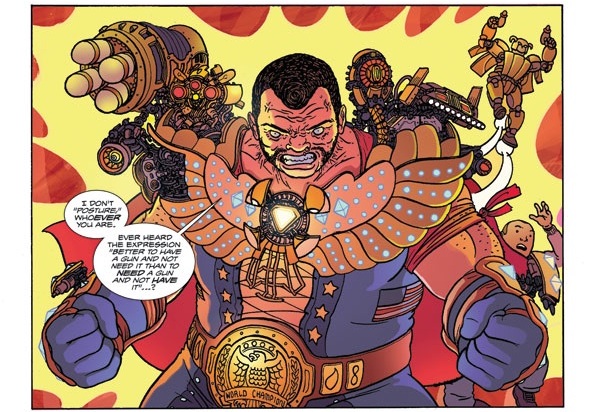 Programming Note: If you haven’t already heard this week’s episode, scroll down past this entry and find it. And then, on the 29th, tune in to the new episode of Fan Bros to hear me help launch Secret Convergence on Infinite Podcasts…! I now return you to this week’s review:

In the 1990s, I dropped out of superhero comics for awhile. I’ve talked about this on the podcast some, but it was essentially that old cliche about thinking I’m too old for this stuff! coinciding with the 1990s glut of superhero product. I stepped away somewhere around 1993, 1994 — Zero Hour wasn’t my jumping-off point, per se, but I remember thinking even as I was buying it that it was my farewell to that kind of thing, in some oddly melodramatic fashion (I was 19, give me a break) — sticking around for Vertigo, some indie stuff and Mark Waid’s Flash. Everything else passed me by.

I didn’t really feel much of a loss from that for the longest time; when I got back into superhero stuff, I tracked down back issues or collections of the cream of the crop from DC, and have done the same more recently on Marvel Unlimited. But when Valiant came along, they sent some collections of the original X-O Manowar, Harbinger and Archer & Armstrong series, and I had this brief moment of “Wait, was some of this stuff better than I’d thought…?”

All of which lead me, eventually, to checking out both Dark Horse Heroes Omnibus Vol. 1 and Catalyst Comix from the library recently. For those who, like me, didn’t keep up with this stuff, Dark Horse Heroes was that publisher’s 1990s attempt at a superhero universe, and Catalyst Joe Casey’s attempt to revive said universe from a couple years ago. Reading the two collections back-to-back was a lesson in the value of choosing the right creators for the project.

Dark Horse Heroes is, to be blunt, not very good. It’s a massive collection of two different “maxi-series,” containing somewhere in the region of 30 issues by an army of creators. The surprising thing about it isn’t that it feels disjointed, or wildly variable in terms of quality — that’s to be expected, surely — but that it’s not actually that variable; across the entire collection, it rarely rises above “professional, but unremarkable.” There are high points — Barbara Kesel’s writing on a handful of issues feels “right” in a way that other writers can’t seem to manage, for example, and it’s never a bad thing to see artwork from Adam Hughes, who draws the first Ghost story — but even that feels passionless, as if everyone involved had received a mission statement along the lines of, “Hey, those superhero comics are sure selling well, huh? We should get us some of them!” and gone to work.

Reading the issues in one sitting, an early reaction is to wonder why fans of the time would’ve stayed with the issues, so unremarkable and disinteresting they seem. Later, that flips into a more general malaise that wonders simply, “how much more of this is there?” and “Why isn’t this more interesting?” The closest comparison I could think of — and it’s one that came up as I was reading more than once — was Marvel’s New Universe imprint, which always seemed like an exercise in proving that the new guys really couldn’t match Kirby, Ditko et al when it came to coming up with new concepts. Dark Horse Heroes, on a whole, felt like a book full of dull takes on familiar ideas, executed without any excitement on anyone’s behalf.

…which made Catalyst all the more surprising. I wandered into this with some nervousness; I’ve always run hot and cold on Casey’s work, and there was something about Catalyst — an anthology of three strips, all written by Casey with art by Dan McDaid, Paul Mayberry and Ulysses Farinas — that reminded me of his recent Captain Victory revival, which ultimately ended up disappointing after a strongish start. Add that to the fact that I had absolutely zero interest in the characters involved, and I was pretty sure I wasn’t going to be a fan. 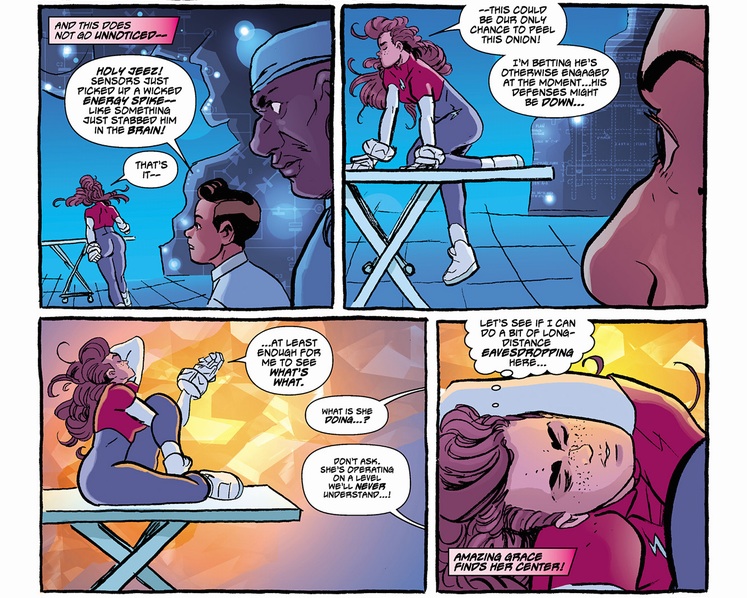 I was, of course, wrong; Casey channels perennial Wait, What? favorite Steve Englehart to a degree that I’ve never previously from him in this series — the omniscient narrative captions are, at times, amazingly like Englehart in their asides — and breathes life into the characters by gleefully ignoring almost everything that came before besides character names and vague designs (and even then, the artists rework almost everyone to make them not unrecognizable, but certainly more interesting). There’s a sense of fun and possibility in each strip that is miles ahead of not only the original Dark Horse Heroes material, but also the majority of mainstream superhero work, underscored with artwork that’s just beautiful. (McDaid’s The Ballad of Frank Wells, especially, is something that makes you wonder why he wasn’t immediately snapped up by a big publisher and put to work on Superman or Captain America or something; it’s Kirby meets Darwyn Cooke with some Kubert linework and a bit of Toth at times, too; it’s great.) 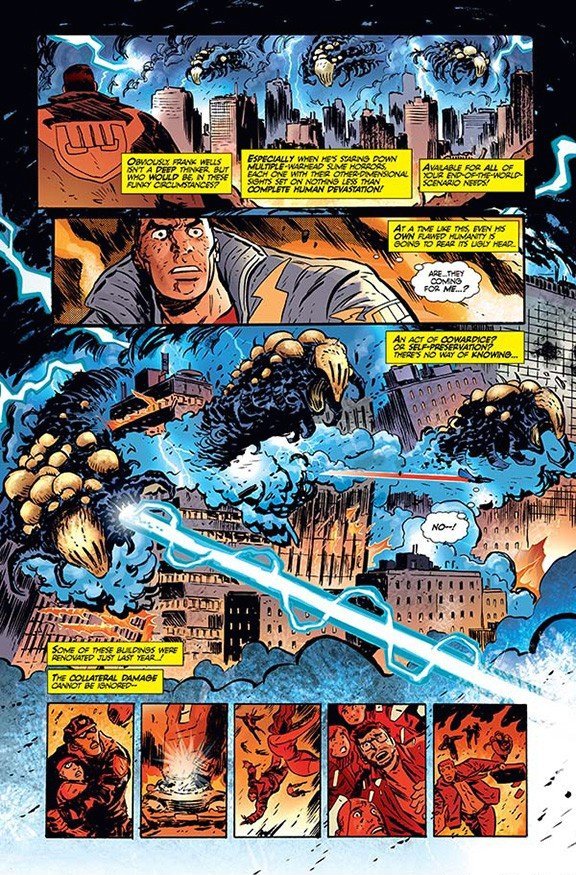 Part of what makes Catalyst work is that its aims are very different from those of the original series the characters appeared in; Casey isn’t trying to worldbuild a massive coherent superhero universe out of nothing, he’s simply trying to tell stories that purposefully play with familiar tropes by winking at them and abusing them and detourning them wherever possible, and each of the artists are not only free to work in their own styles, the variety of visuals they create end up making each other seem more individual and exciting by comparison — the lack of coherence works in the book’s favor in a massive way. Thankfully, each of these stories have an endpoint (albeit one that allows for more stories, one day), which also avoids the breathless sense of ongoing IP manufacturing that Dark Horse Heroes is filled with.

Catalyst is, in many ways, a more extreme version of what I enjoy about Valiant’s publishing program — an updating of ideas and characters that I avoided the first time around that nonetheless feels contemporary and urgent. But the level at which it operates (The stories feel more fresh, building off material that was far more dull to begin with) makes it all the more surprising and, in many ways, necessary. It’s Casey’s most successful attempt to recapture the throw everything in and see what happens formula of the Golden Age superhero comics by far (I laughed out loud seeing The West Wing‘s President Santos pop up, for example), and the sort of thing that makes me wish that all involved could make more comics together. It’s the anti-Dark Horse Heroes; if the original comics had been this eye-catching and enjoyable, who knows whether or not Dark Horse would’ve become the place to find good superhero comics a long time ago?