I don’t generally think of these reviews from a commercial perspective. I don’t think of these posts as buying advice, for the most part, especially since most of my reviews wind up boiling down to “Yeah, I dunno, if it’s the sort of thing you like you’ll probably like it.”

But this time I’m stowing my so-called critical faculties and letting commerce drive the entire review. Comixology has a whole bunch of Supergirl stories on sale (through Monday, 11/2/2015), and one of them is one of my favorite comics of all time. I’ve wanted to scream at people to buy this book, and now that I’ve got this here outlet, I’m going to scream away.

The book in question is Supergirl: Cosmic Adventures in the 8th Grade, written by Landry Q. Walker with art from Eric Jones, and as far as I’m concerned it is damned near a perfect comic book. More after the jump! 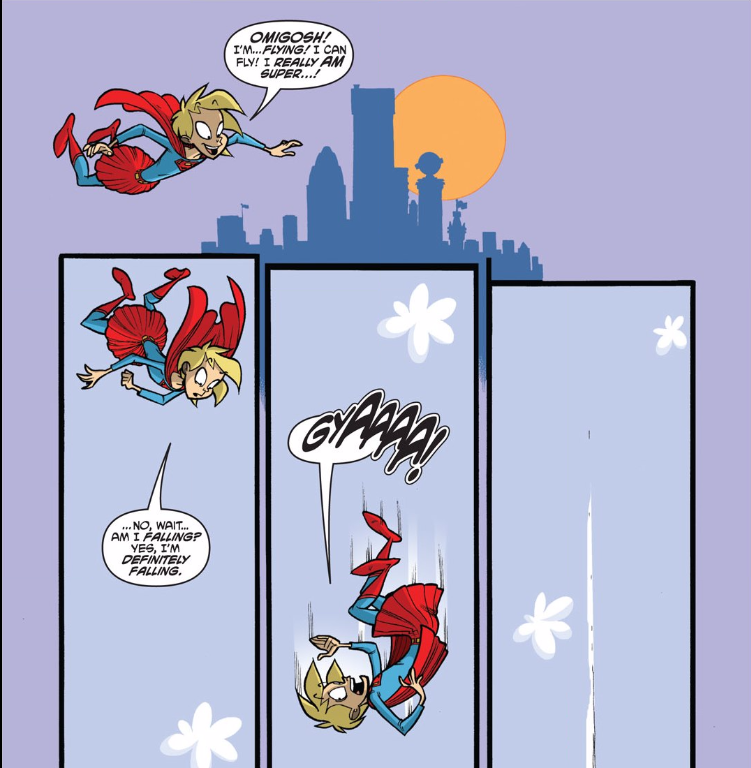 This is a non-continuity telling of the Supergirl story that presents Kara as (you may have guessed this from a the title) an eighth-grader, arriving on Earth well after Superman has established himself–her rocket crash-lands, in fact, directly into Lex Luthor’s giant robot exo-suit.

But this Supergirl isn’t an eighth-grader in the creepy, hypersexualized style that an Ed Benes might have brought to the proceedings. Under Jones’s pencils, Kara is all knees and elbows and cartoon gawkiness. It’s an approach that suits the story, which has more than a little classic Looney Tunes in its DNA, but that also (not coincidentally) make Kara look like an actual, honest-to-god human teenager.

Which is pretty refreshing, if you want to, say, read this book with an actual, honest-to-god human daughter.

Walker’s script is a thing of beauty from that angle as well. I’ve been reading this book with my daughter since she was 3, when she loved the comedy bits and the winged horse (and, for some reason, the part with the meteor), and I’ve watched as she’s grown to find something personal and familiar in Kara’s being torn between two groups of friends, or feeling totally clueless and awkward and out-of-place. 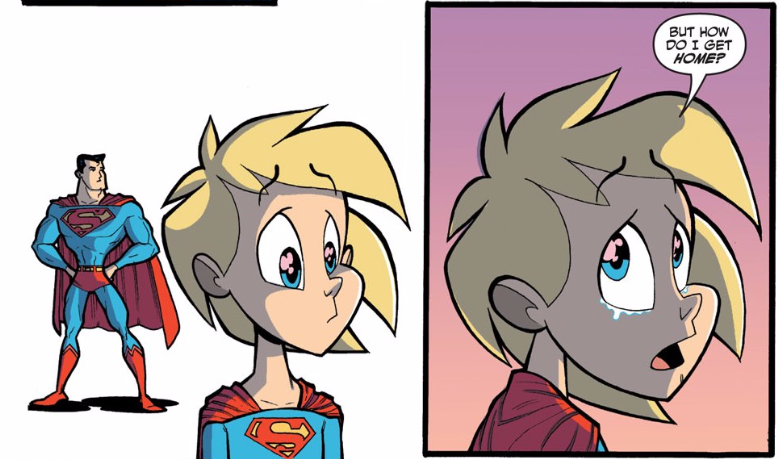 Meanwhile, I alternate between digging the book as a delightful light superhero romp that nods knowingly at classic Supergirl stories and tropes, and marveling at it as a perfectly-executed Grant Morrison-style twisty time-travel story. It’s that rarest of unicorns: an “all-ages” comic that literally means all ages, not just “severed-limb-free for the kiddos!”

It sounds ludicrous, especially if you only know Walker and Jones from their ultra-violent, somewhat meta teen superhero Image Comic Danger Club (which is also very good, in a totally different way), but Cosmic Adventures in the Eighth Grade manages to mash together elements of Mean Girls, Invader Zim, and Back To The Future in a way that tells a totally cohesive, completely engrossing story that is also purely Supergirl.

It may be non-continuity, but it does utilize characters and elements from throughout the Superman/Supergirl mythology. It may be all-ages, but there’s a terrific creepy visual in the reveal of the big bad that’s much more Roald Dahl “all-ages” than Super Friends “all-ages”. It may be seven years old and inexplicably un-sequeled thus far, but it can be read as a direct antecedent to both Unbeatable Squirrel Girl and the current Burnside iteration of Batgirl.

If you’re reading this before the Comixology sale is over, you are doing yourself a genuine disservice as a comics fan if you don’t go buy it. If you’ve come to this post after the sale ends…well, greetings, future traveller! I hope that none of the really insane candidates have been elected president, and that McDonald’s is still serving all day breakfast! You should also go invest how ever many EarthBux it takes to buy this book, Future Person, because it really is that good. 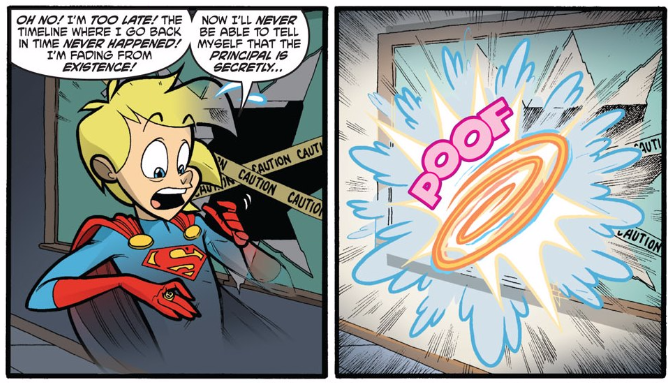 4 comments on “Matt Claims That Supergirl: Cosmic Adventures in the 8th Grade Is A Perfect Comic Book”