When I was a kid, the holiday season (Christmas, we called it, because as I’m fond of telling Kate, when I was a kid everyone celebrated the same holidays because cultural diversity hadn’t really been created yet, with Britain preferring an attitude that was essentially “Like it or Lump It, It’s Happening Anyway”) meant annuals.

Annuals, when I was a kid, were an event. Unlike American annuals, they were season-specific: they only came out around the holidays, and pretty much as soon as the decorations went away, so did they. To see them appearing in stores meant that there were lots of comics to read, which was exciting in and of itself — especially because there always annuals for comics that you didn’t normally see any other time of the year, for some reason — but it also meant that it was almost Christmas, which was a whole other thing. It was a direct link between comics and a very particular time of year and experience that was sacred, in its own way, to me. 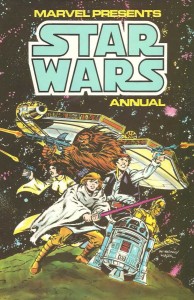 I have extremely vivid, fond memories of rabidly searching the pages of my grandmother’s mail order catalogs when they’d arrive in the mail — these enormous phonebook-sized monoliths that seemed to offer everything from clothing to DIY tools, bikes and video games and food (or, at least, chocolate; I remember there always being a lot of chocolate on show in there) — to see if the measly book selection at the back would have that year’s annuals. They normally did, although it wouldn’t be everything on offer; there’d be the ones you’d expect — the ones tying in to the biggest toy line of time, the Star Wars tie-ins — and maybe a superhero book or two, but that was it. I’d take it as a sign that I should start haunting newsagents and bookstores to find out what else was available.

My favorites when I was a small kid were always the Marvel annuals — there would always be Spider-Man, normally reprinting a two-part story seemingly plucked at random, but I remember a handful of X-Men ones that ran through the Roy Thomas/Neal Adams run — and the Star Trek annuals, which reprinted the Gold Key comics. I’m fairly sure that I read those annuals before I’d actually seen the show, although I couldn’t swear to it. I certainly read them enough times that they fell apart, the interiors falling off the spines and the covers getting lost afterwards. 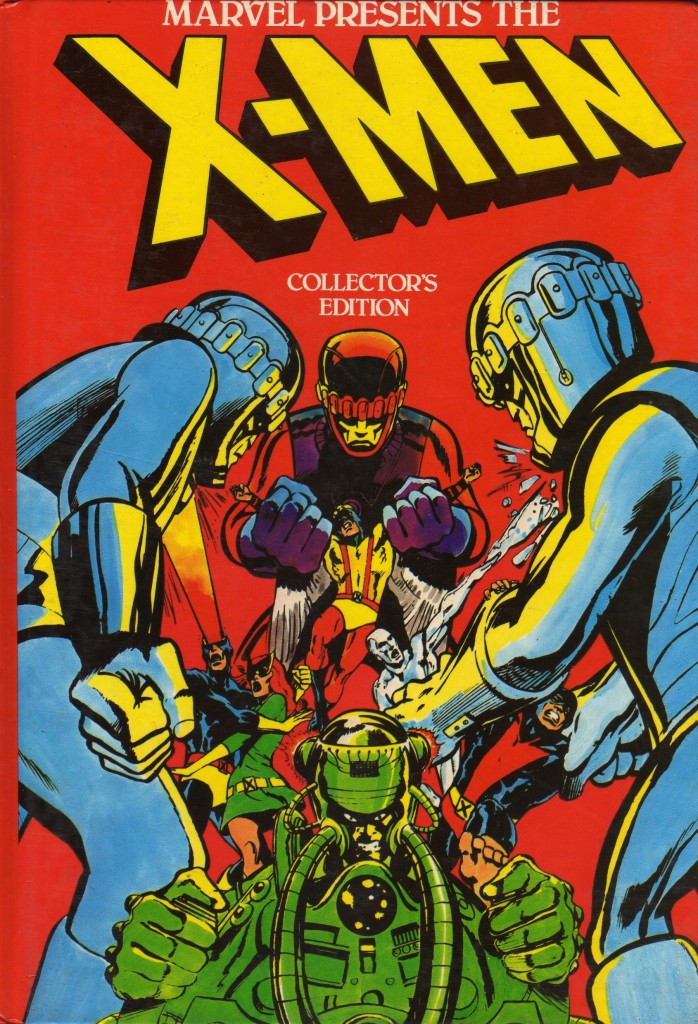 From there, I went to 2000AD’s annuals, and the accompanying Judge Dredd Annuals (I got obsessed with 2000AD annuals at one point, going to second hand bookstores to specifically see if they had copies, managing to get the entire run in a number of weeks; of all the comics I left behind in Scotland when I moved to the U.S., those are amongst my most-missed). The one-off Super Powers annual — which was published by Marvel UK, and only reprinted the first issue of the original Kirby-plotted mini, with a DC Comics Presents reprint and Brave and the Bold team-up filling out the rest of the book — was my introduction to Jack Kirby’s writing, and my first Darkseid comic, although I didn’t recognize it at the time. Similarly, I’m pretty sure that a Star Wars annual that reprinted stories between the first two movies was the first time I saw Walt Simonson’s art. (Then again, that might have been the Alien comic adaptation I bought at a worryingly-young age and remain scarred by.)

Annuals were weirdly important to me as a kid in a way that other comics weren’t yet. They were, in their way, as much a part of this time of year as fake snow and listening to Slade and Wizzard on repeat for far too long, and something that I still miss seeing under the tree every year. Old habits die hard — especially when they’re based around me getting something new to read.