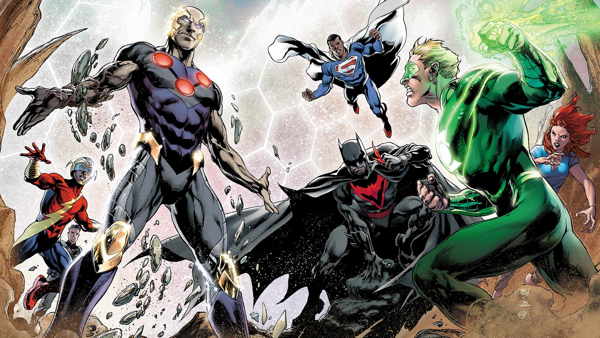 Here’s the good news about the first week of DC’s Convergence: it’s nowhere near as terrible as the #0 issue. Here’s the bad news: For an event that’s so squarely aimed at continuity junkies, its own internal continuity is impressively shoddy. How can you learn to love Convergence? Turn off your mind, relax and float downstream — or just click through the jump (and scroll down for the latest Baxter Building, if you haven’t already seen it.)

The idea of contradictory crossovers is something that we’ve all come to accept by now, I think; we almost expect that things won’t line up, and events in one book will be contradicted by another. It’s something we’ve quietly agreed is just part of the whole deal, what happens when so many people — and specifically, so many editors — are working on the same thing simultaneously, and therefore unable to keep all the details straight. On that understanding, then the various ways in which Convergence fails to cohere is just business as usual.

Except, of course, that Convergence is all edited by Marie Javins, which might make you think that some basic things would be set in place and consistent across all the books. Things like, for example, “If Gotham of the pre-Flashpoint universe was trapped under the dome, what would that city be like?” (In The Question and Batgirl, it’s a place where society is breaking down and people are being urged to breed guinea pigs to eat, but in The Titans, we’re explicitly told that the city has improved, and has less crime.) Or, say, when does the dome come down? In some books, it’s during the day, in others, it’s night. When do the heroes’ powers come back? Again, it varies depending on the books.

That speaks to rushed production, perhaps — or Javins and her team being overwhelmed by the effort required to produce 89 issues over a two month period, which is a mammoth undertaking — but things get less understandable when you consider that Convergence #1 apparently ignores the status quo as it was left in Convergence #0, despite the fact that the zero issue was created after the fact, and therefore its writers (one of whom also co-writes Convergence #1) knew exactly where the issue should leave off. Nonetheless, the zero issue’s cliffhanger that Telos had already decided that Brainiac had abandoned his experiment and therefore it should be destroyed is followed by Telos continuing the experiment by bringing the survivors of Earth 2: World’s End to the planet and talking as if Brainiac is still in charge. 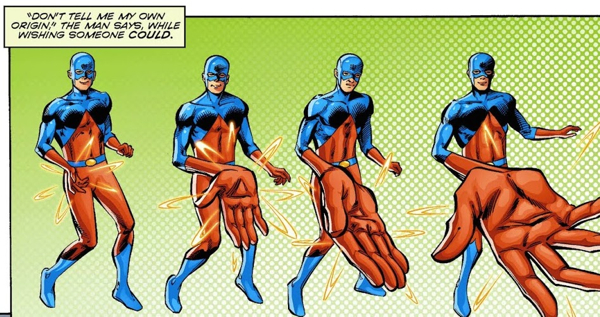 (Don’t even get me onto the ways in which the various characters all seem to be in the same city but not in any contact with each other — seriously, Batman and Robin both think that they’re the only ones patrolling the city, in the Batman and Robin issue, which either means that they’re the worst detectives in Gotham or that the creators didn’t realize that Superman would also be patrolling the city in his own book. I know it’s the latter, but it bothers me nonetheless; it’s a one line fix.)

Ironically, the way to approach Convergence is to ignore continuity, pretty much. Forget that each of the issues is meant to be taking place alongside the others and think of them as standalones exploring the same basic idea, and they become a lot more enjoyable across the board. That’s not to say that there’s not some heavy continuity lifting inside the individual titles (The Atom and The Question, in particular, provide closure that wasn’t afforded to characters or storylines earlier; both Superman and Nightwing and Oracle play off earlier continuity to create scenarios that feel like Happily Ever Afters — of sorts — for their characters, as well), but when each of the books is freed up of the expectation that it’s a crossover and should tie in with each other, they’re far more fun.

Okay, fun might not be the right term, exactly: both Titans and Batman and Robin feel a little too angst-ridden for that term, and Justice League just falls flat on any number of levels despite clearly intended to be a fun read. But there are some strong issues to be found in the first week of releases: Batgirl demonstrates that Alisa Kwitney should be doing a YA superhero book for DC right now, while The Question, The Atom and Superman all stood out in their own ways — Lee Weeks’ art in Superman, in particular, is just jawdroppingly good — and feel like the best of the bunch for this week. The first, “proper” issue of Convergence is miles better than the zero issue, as well, and restores some of my optimism about the rest of the event.

All told, the first week might not turn anyone into a Convergence believer, but it definitely makes the case for this event as a potentially interesting, possibly fun way to spend a couple of months dipping in- and out-of while the DC line prepares for a soft reboot. Really, given how bad that zero issue was, that feels pretty much like a win in my book. 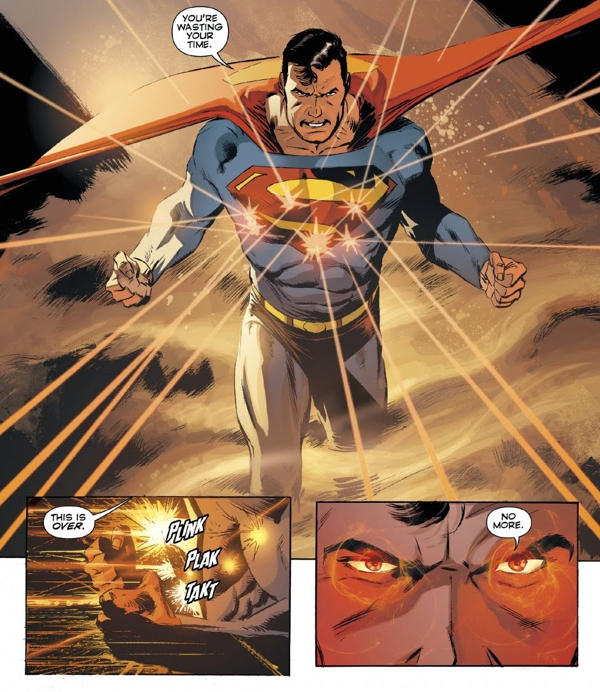 One comment on “It All Comes Together: Graeme on Week 1 of Convergence”