After reading Secret Empire #1–after all the tumult and fanfare and Wagnerian bombast of the run-up to the event–I found myself not only non-enraged, but mildly bored. This is, it seemed to me, writer Nick Spencer’s take on exactly the same event Marvel has done at least half a dozen times before: [BAD GUY] has successfully taken over [AMERICA] and now our heroes are down to their last-ditch hope to turn things around. Ultron, Doom, Apocalypse, Sentinels, Doom again, and now Hydra–the details change, but the feel of the whole story stays depressingly the same.

So I decided that the only logical thing to do was create a positive, happy review of the book–but, to be true to the spirit of this issue– to cobble it together entirely of text from reviews of 2013’2 Age of Ultron #1. I changed character and creator names and the occasional pronoun (in [BRACKETS]) but left everything else intact. The numbers in parentheses link back to the original source texts, and the list of references directly follows. So, without further ado, [MY] happy review of [SECRET EMPIRE] #1. 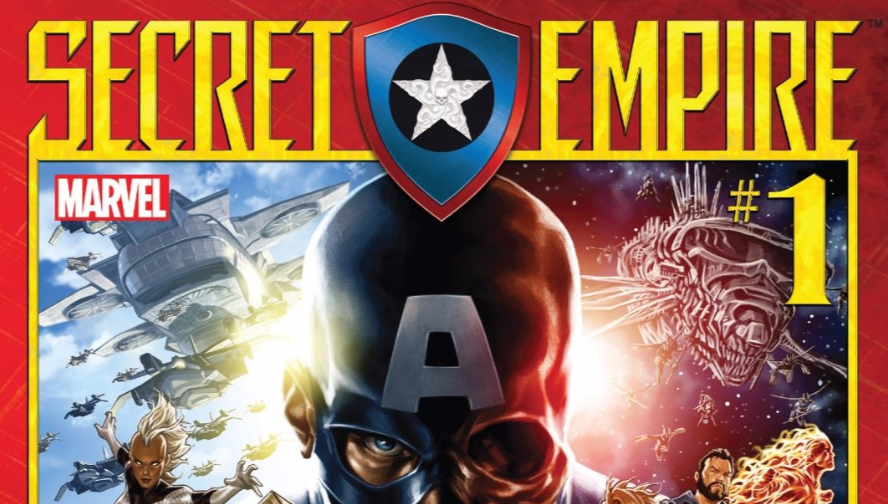 “It would seem that [HYDRA] has taken over the world and people are living in squalor under [THEIR] heavy metal thumb. Bad guys roam free, our heroes are on the run, and all hope seems lost. I love this stuff! I love getting dropped into the middle of a story and having to suss out the whats, whys, and wherefores. And I love stories set in the future (even if this isn’t technically “the future”) where our once-great heroes have been beaten and now have to find a way, against all odds, to be triumphant once again.” (1)

“If you’re headed into this issue expecting to learn exactly how [HYDRA] managed to take over the world, send the heroes into hiding, and turn the Marvel Universe into a post-apocalyptic wasteland reminiscent of the Terminator franchise, you’re going to be sorely disappointed. But [SPENCER] proves that the notion of plot points is somewhat irrelevant here; by starting the issue in medias res, we call upon our knowledge and familiarity of how superhero comics work and as a result, easily accept the situation.” (2)

“That said, the same elements of this book that are pros might also be cons, depending on your perspective. For one, the success of the relationships presented in issue #1 are somewhat dependent on your familiarity with particular characters and their prior history with one another. As a reward for being a longtime reader, this is fantastic. As a new reader, you might find yourself wishing for some more insight into these people and why they are acting as they are.” (2)

“If [SECRET EMPIRE] falters at all, it may be only in the reality that this is a story we’ve seen many times before. A pinned down group of revolutionaries, with no hope and no course of action, making their last stand is not unfamiliar territory for a genre tale.” (3)

“VERDICT
Buy It – If you are looking for a light, fun and fancy free adventure romp, you are looking in the wrong place. But, what [SECRET EMPIRE] #1 lacks in whimsy it more than makes up for in sheer excitement and drama. The team of [SPENCER] and [STEVE McNIVEN] work in perfect harmony to bring you the first chapter in a grim tale of lost hope and possible redemption. This is the type of story that would go great with a beer and a Hans Zimmer score and you won’t want to miss it.” (3) 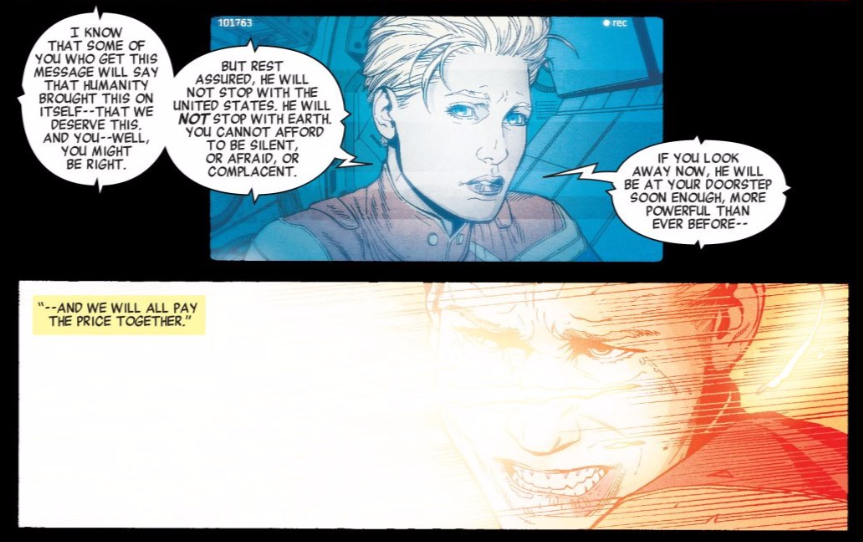 6 comments on “There’s Something Familiar About Secret Empire #1”