I don’t know if sales work in the brick-and-mortar world. I mean, I try to make sure I get my grocery staples when they rotate onto sale, but beyond that I just mostly buy stuff on Amazon and assume it’s cheaper than it would be in whatever store I could go to.

But digital comics, man … at that 99¢ price point, I’ll consider buying just about anything. Fill gaps in a collection, re-buy stuff I previously only owned in print, or try new series … for some reason the psychological difference between $1.99 and 99¢ is muuuuuch more dramatic than the impact ten thin dimes would actually make on my budget.

This week, a Comixology sale on Boom! Studios books reminded me that Boom! Studios is a thing that exists. And it turns out they put out some decent comics, including some made by some of my favorite creators! Who knew??!?!

(ANSWER: All of you. All of you knew, and I just never bothered listening.) Jump on down below for more. 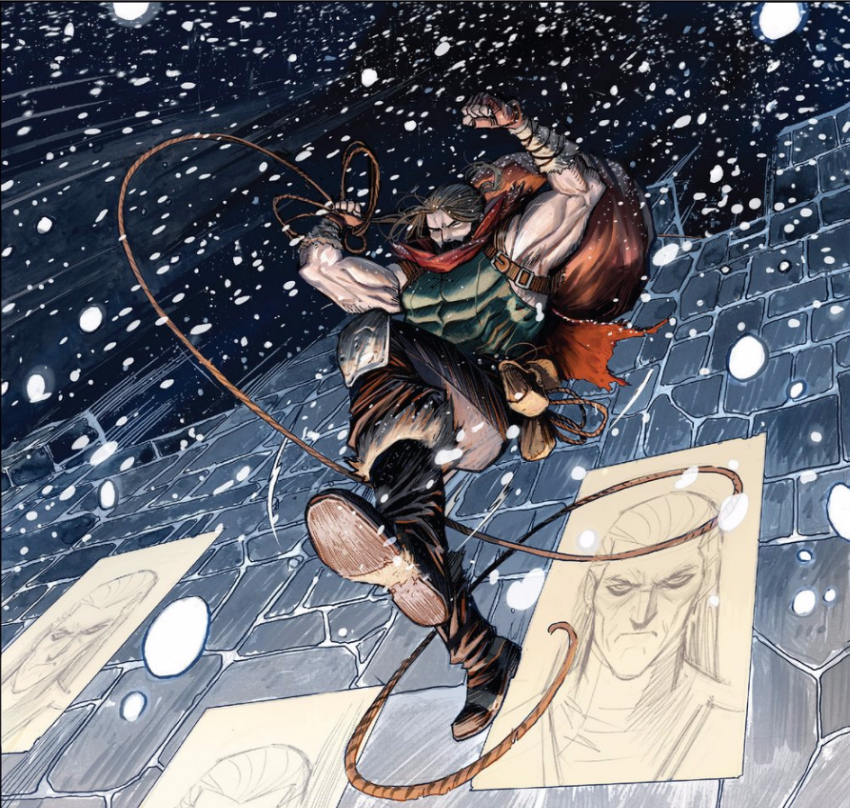 Strange Fruit is one of those books where I was vaguely aware of some internet furor around the comic–a “What if Superman were black and landed on Earth in 1927 Mississippi?” deal written by Mark Waid and drawn by J.G. Jones, both of whom are white. And, yeah, that whole racial angle is  a tough beat. But those guys are pros, and their hearts are definitely in the right place, and if there’s some clumsiness in the handling of the those themes (including the questionable choice of name, and the choice to phonetically write out dialect) … well, at least they’re trying to tackle something.

Waid is, at this point in his career, one of the great reliable craftsmen of comic writing. He’s like one of those singer/guitarists who can front an album of his own, can contribute as part of a supergroup, but also can show up and be a session guy on someone else’s album (and seemingly enjoy doing it). Mark Waid: the Izzy Stradlin of comics writing, is basically what I’m saying.

This is clearly one of his supergroup gigs. It’s got the feel of a book that’s supposed to be capital-I Important, which is, unfortunately, not a mode where Waid does his best work. Kingdom Come, for all its good intentions and prestige-superhero packaging, would’ve been vastly improved by having more of the seat-of-the-pants excitement and liveliness of Waid’s contemporaneous Impulse work.

And, for me, Strange Fruit actually runs into one of the same speedbumps as Kingdom Come: the art, while gorgeous, is just too damned serious for the book. 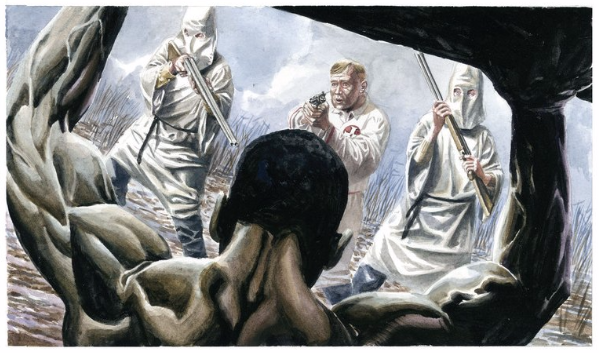 Make no mistake, Strange Fruit (based on issues #1 and #2) is a book with some real serious goals underneath its superhero trappings. It is trying to Say Things and Make Points About Issues, so you would think that the photo-realistic style Jones is working in here would fit. Instead, it accentuates all the wrong elements of the story. The Seriousness and the Issues are there–they’re unavoidable, baked into the concept. This is a book that would’ve gained tremendously from having some more kinetic, stylized art to offset that, rather than steering into it–something like a Stuart Immonen in his Nextwave mode, or even a Chriscross would really have worked much better for me.

(That said, I can imagine this becoming yet another collected edition perennial. I would’ve preferred Humberto Ramos on Kingdom Come, so what the hell do I know. And I found the first issue ambitious and intriguing enough that I made a second sojourn into the sale to get issue #2. So there’s that, too.)

The ad at for Klaus at the end of Strange Fruit has a pull-quote from Grant Morrison describing it as his “All-Star Santa Claus,” which makes me wonder if Morrison is quite aware of what people like about his All-Star Superman work. Because where that book is delightfully humanist and caring, all deco design and Frank Quitely-drawn acting, this is … um … much more like Morrison read How The Grinch Stole Christmas, watched a bunch of Game of Thrones, and then remembered that he had to turn in a pitch for something while all that was swirling in his head.

It’s not bad, per se. Much like Waid, Morrison is an experienced enough pro that even the weird career digressions like this are, at worst, solid work. And the art is terrific. Partially because of the high concept, and partially because of the really unimpressive logo treatment, I had it in my head that this was an Avatar Press book. (Yes, even though I bought it as part of a Boom! Sale.) So I was expecting the sometimes stiff Avatar house style.

But Dan Mora, whose work I had never seen before, is terrific. Much of the occasional frustration with Morrison’s work comes when his artists aren’t up to the task of getting across everything he wants shared, while also managing clear panel-to-panel storytelling. Mora kills it all–cartooning, action, design…heck, he even seems comfortable for the inevitable iterative depiction of Morrison’s alien lifeform contact experience. (Yes, even Santa Claus runs into shiny silver liquid alien/god things with giant black eyes.)

I really found the art in this book unusually engaging, and a melange of weird influences. There’s some Jeff Smith in there, some Cory Walker, maybe some Kevin Nowlan or Ted Naifeh…it’s not quite enough to elevate the book past “interesting curio,” but it is really pleasant to look at. He’s definitely a guy to watch. (This Morrison fella may have some better stuff in him as well–you just never know.)

Giant Days is another book that’s carried along largely by its art, some genuinely glorious cartooning from Lissa Treiman (which makes sense, as she works in animation at Disney). The writing, from webcomics O.G. John Allison, doesn’t quite click for me; the dialogue never finds a stutterless rhythm, to my ear, and I don’t quite know the characters as well yet (after Volume 1) as I’d like to. There’s something about the overall approach that’s not quite hitting my sweetspot yet, either: it’s a slice-of-life college-campus book, and I want it to be either more Scott Pilgrim-y or not at all Scott Pilgrim-y, but instead it’s sort of halfway onto this Scott Pilgrim-shaped stool just wobbling around and trying to figure out where it can settle. There’s some heightened wackiness, some other incidents played totally straight, and still others played as broad TGIF-style network sitcomedy. It’s a weird mix that doesn’t quite sit comfortably for me.

And yet for all that seeming crankiness and negativity, as soon as I realized that there were more single issues in the sale beyond what’s in the collection, I snapped them up and vaulted them to the top of my mental to-read pile. So clearly there’s something grabbing me in this story of three girls and their zany freshman hijinx. I’m just not sure what it is. I promise to update if and when I figure it out.

At this point, I’m just happy to be reminded that Boom! is a thing that puts out comics, even if I’m not going to be able to get them for 99¢ all the time. 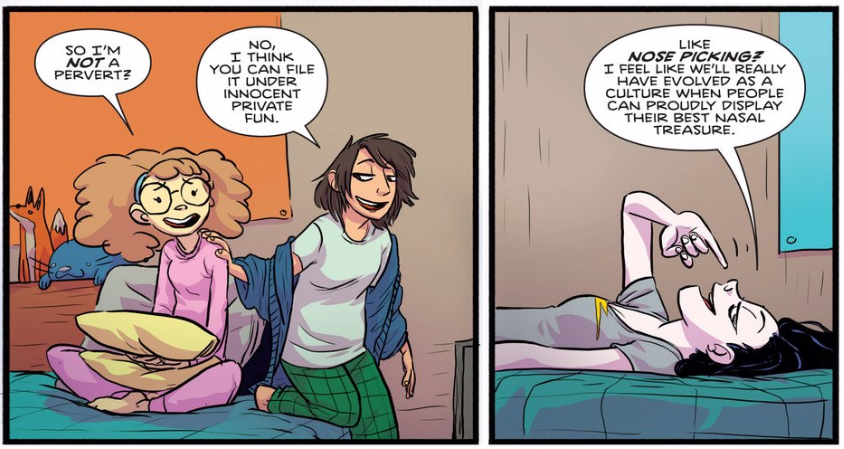