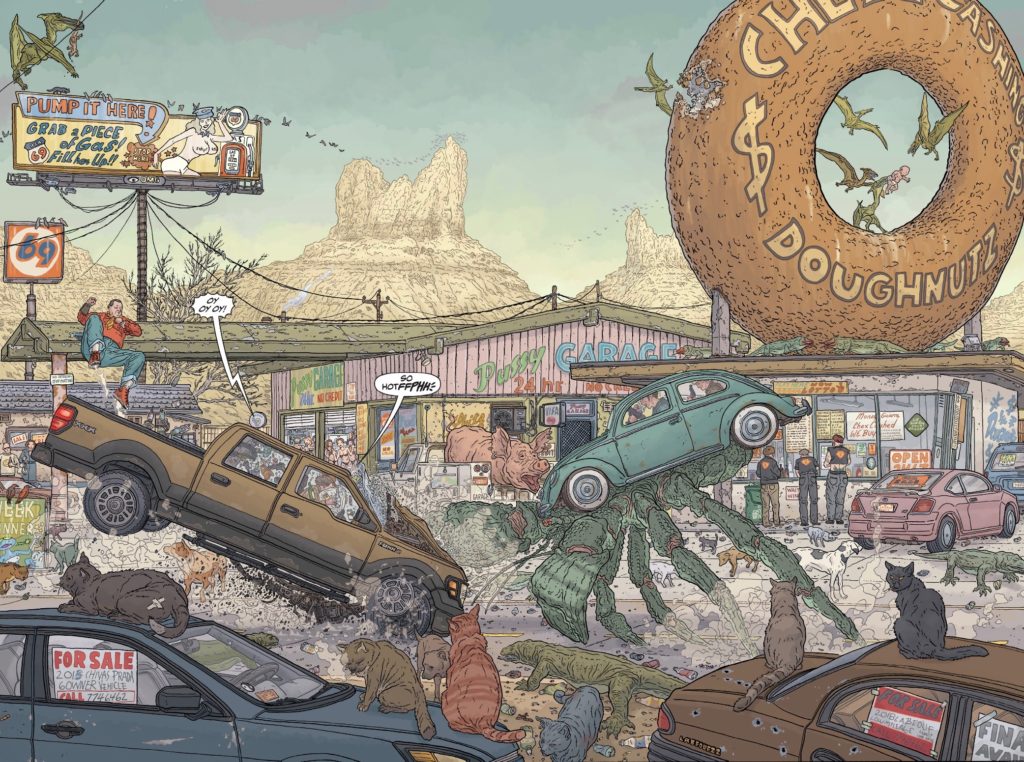 http://theworkingdraft.com/media/podcasts2/WaitWhat230.mp3
[Apologies everyone: show notes here are super-quick this time around as Jeff ran himself ragged this weekend and is still trying to prep for an even busier week.  So not as many images, and not as many notes, but they and the episode are indeed here.  Enjoy!]
[Also, it looks like the audio player isn’t loading, which is kind of a drag and we promise to work on soon?]
0:00-7:03: Greetings from Graeme “Trapped in a Heat Wave” McMillan and Jeff “Trapped in a World He Never Made” Lester! We recorded this episode much earlier than usual (Wednesday, August 2) which should be the major talking point of these introductory comments, but instead a surprisingly long discussion about the weather.  (Okay, probably not that surprising if you’ve heard us before.) 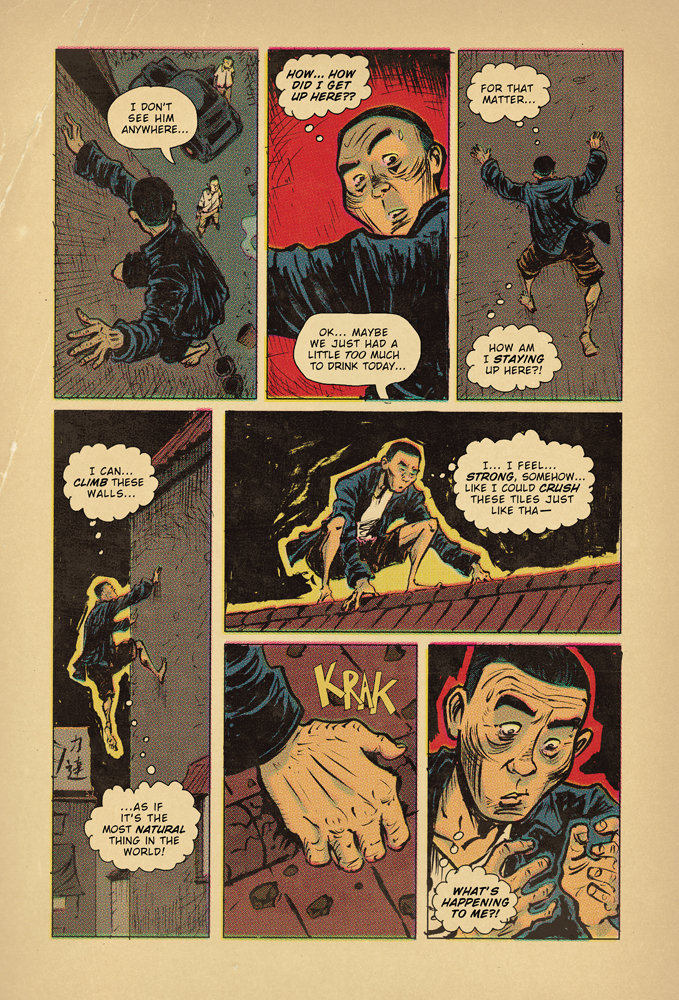 7:03-13:09: First order of business! Graeme read and was *very* impressed by the recent Eisner winning graphic novel The Art of Charlie Chan Hock Chye by Sonny Liew,and he tells us a bit about here.  (Jeff certainly has vowed to pick it up soon.) 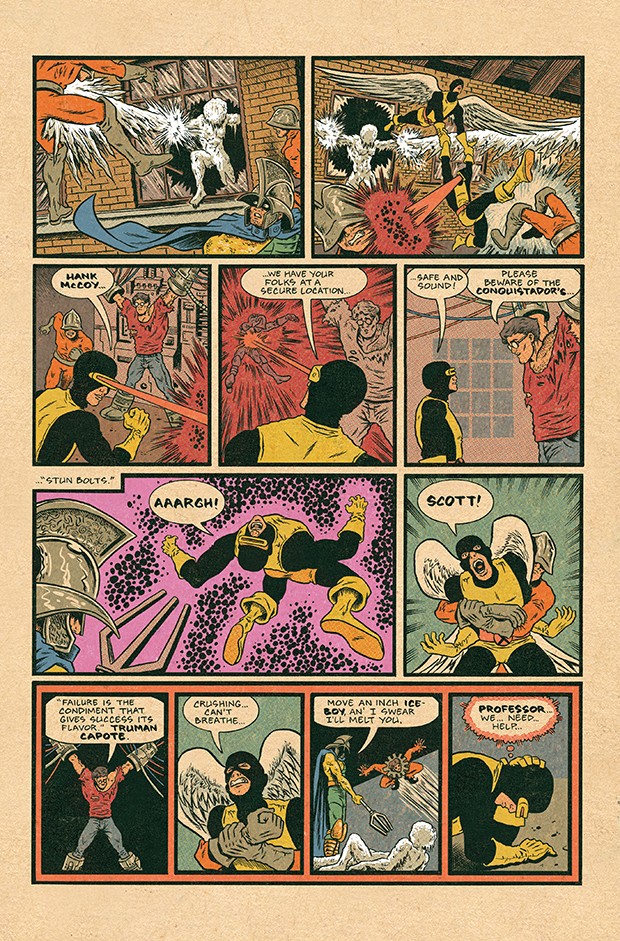 13:09-47:36: And since Graeme mentioned picking up the book at SDCC, you’d think we’d actually talk about news from the Con, wouldn’t we?  Well, guess what?  We do.  How’s that for a shocker? Discussed: Superman: Year One, Ed Piskor’s X-Men: Grand Design, The Terrifics by Jeff Lemire and Ivan Reis; meeting Frank Miller; yachting with Geoff Johns; meeting a bunch of great people (hello, Kyle!), the amazing Tom King panel, and more.
47:36-1:13:32: And from there, we move to Hibbs’ extraordinarily eye-opening piece about trying to order Marvel books for their upcoming Marvel Legacy.  Here’s the tasty pull quote Graeme and I both posted on Twitter independently of each other:  “Literally, you are being asked to purchase comics you can’t sell, in order to gain access to comics that you can.”  We also spend some time seeing if we could puzzle out what’s going on with the terms offered in Marvel’s leaked book catalogue.
1:13:32-1:27:14: Movie time!  Want to hear why we recorded this episode early? Or what movie Jeff thought was a very odd remake of Magnolia?  Or our discussion about Scott Pilgrim Vs. The World?  If not, skip this section! 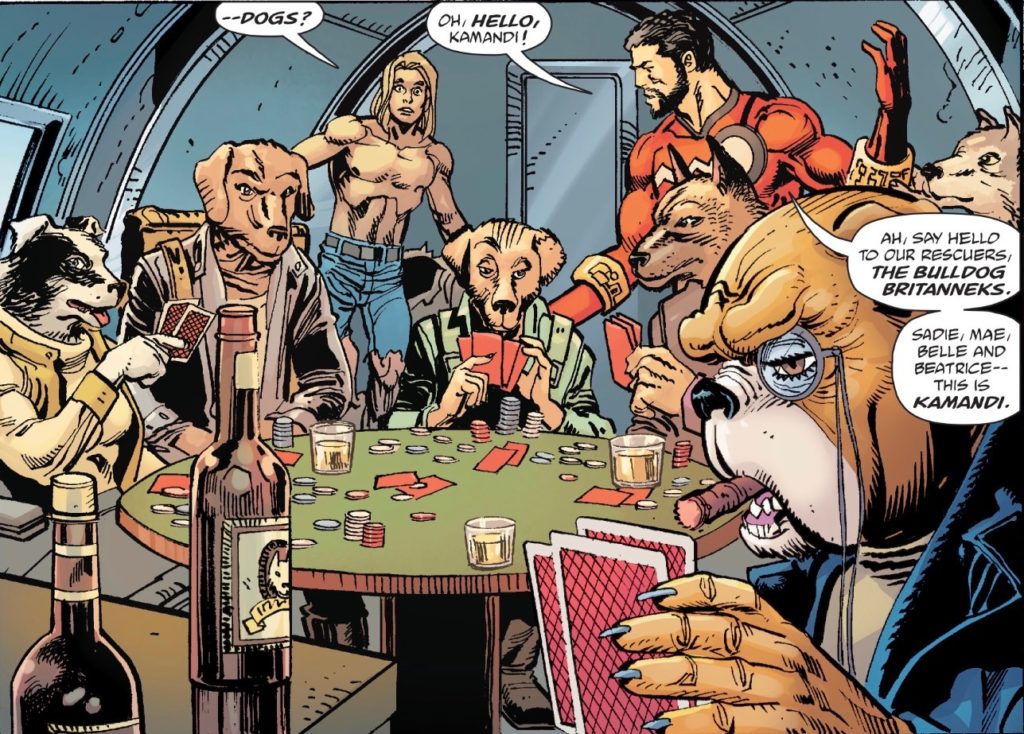 1:27:14-1:48:37: But, yes, we do also talk about comics here on this podcast from time to time.  For example, this little segment where we discuss:  Kamandi Challenge #7 by Marguerite Bennett, Dan Jurgens, and Klaus Janson; Yes Roya, by C. Spike Trotman and Emilee Denich; Shaolin Cowboy: Who’ll Stop The Reign #1 by Geoff Darrow with Dave Stewart; and more. 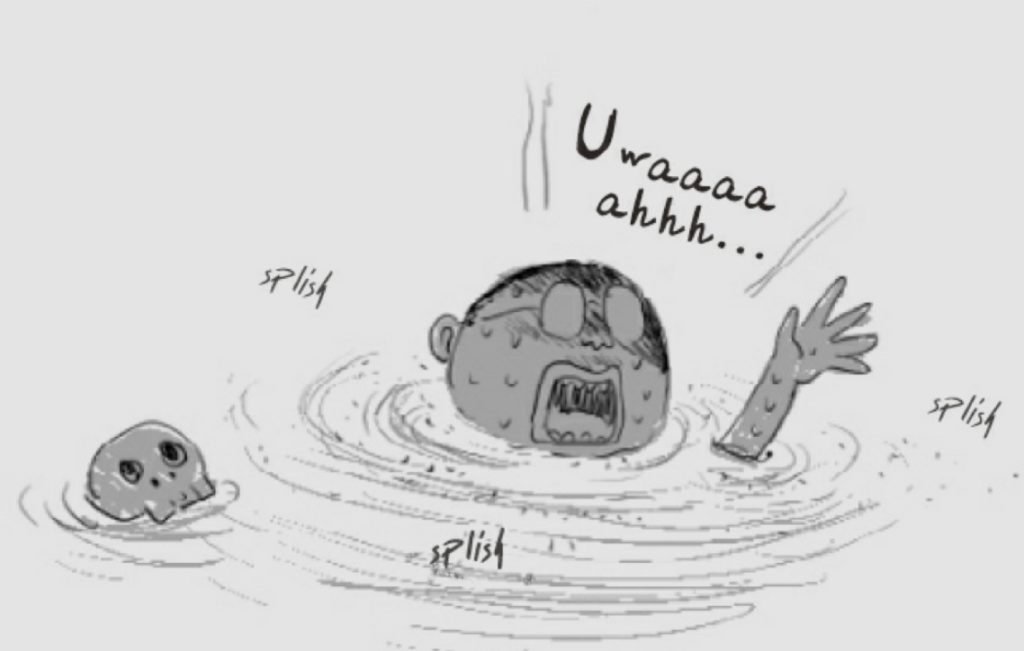 1:48:37-1:58:58: And then, as promised in the Book of Revelation, we discuss Manga Poverty by Sato Shuho and translated by Dan Luffey.  It’s a remarkable book with some eye-opening insights into how professional mangaka are paid, although Graeme had some problems with the second half of the bok that are very understandable.
1:58:58-end: And then!  Closing comments! Look for us on  Stitcher! Itunes! Twitter together and separately: Graeme and Jeff! Matt! Tumblr,  and  on Patreon where a wonderful group of people make this all possible, including the kind crew at American Ninth Art Studios and Empress Audrey, Queen of the Galaxy, to whom we are especially grateful for their continuing support of this podcast.
Next week:  Baxter Building Ep. 32!  Covering Fantastic Four issues #285-295  concluding the epic run by John Byrne!