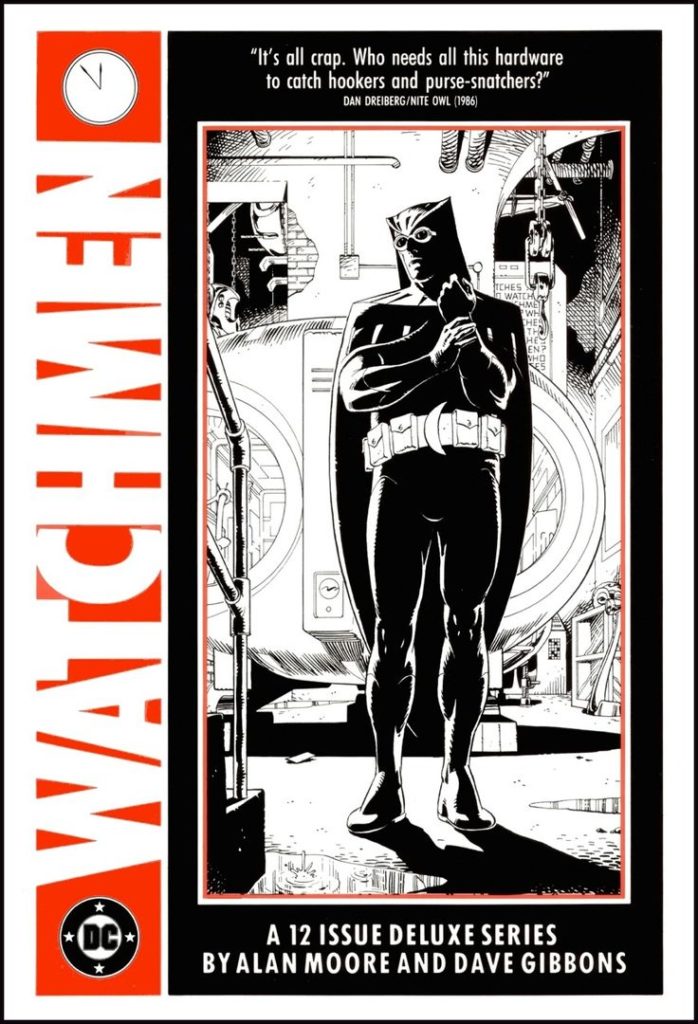 As I’ve complained about many times on the podcast, I’ve long been of the opinion that Watchmen isn’t for me. Or, at least, it’s something that I’ve read a number of times and it’s left me cold each time, for different reasons. I get that it’s formally brilliant, but I’ve never really found an emotional core to grab onto as a reader; the hand of the author felt all too visible, and that just stopped me short.

Concerns for my lack of intellectual depth aside — oh, it only seems like I’m joking — this has never really been a problem for me. Sure, when I was 15 or so, I pretended that I was really, really into Watchmen, because that’s what you do when you’re 15: you tell everyone, even yourself, that you like stories that everyone else agrees are important and weighty and telling great truths, despite how you actually feel. Eventually, though, I got over my anxiety and moved on, albeit occasionally returning to see if perhaps I’d changed enough to get something from it now, or now, or now. (Spoiler: Not yet.)

With Doomsday Clock on the horizon, I decided that it was time for one of those periodic re-reads. The book is right there on my shelf — the plus (maybe) side of DC re-issuing it so often is that I’ve been sent no less than three different editions through the years; the one I still have is, I think, the international trade, the one without the smiley face cover because of rights issues (ironically) — so it takes very little effort to revisit it before Geoff Johns and Gary Frank do that thing they do. Which might explain why I decided to make it harder on myself by including Before Watchmen in the re-read.

Technically, including Before Watchmen meant that it wasn’t actually a re-read, per se; I hadn’t made it through all of the 2012 prequels before, because my frame of mind was honestly life is too short to read Brian Azzarello’s Rorschach. Not for me, the principled stand of calling everyone who worked on the books scabs! I just didn’t like the books themselves, and so they remained unfinished. But, I figured, if I was going to go back to Watchmen before Doomsday Clock, why not include DC’s other attempt to stripmine the original book? 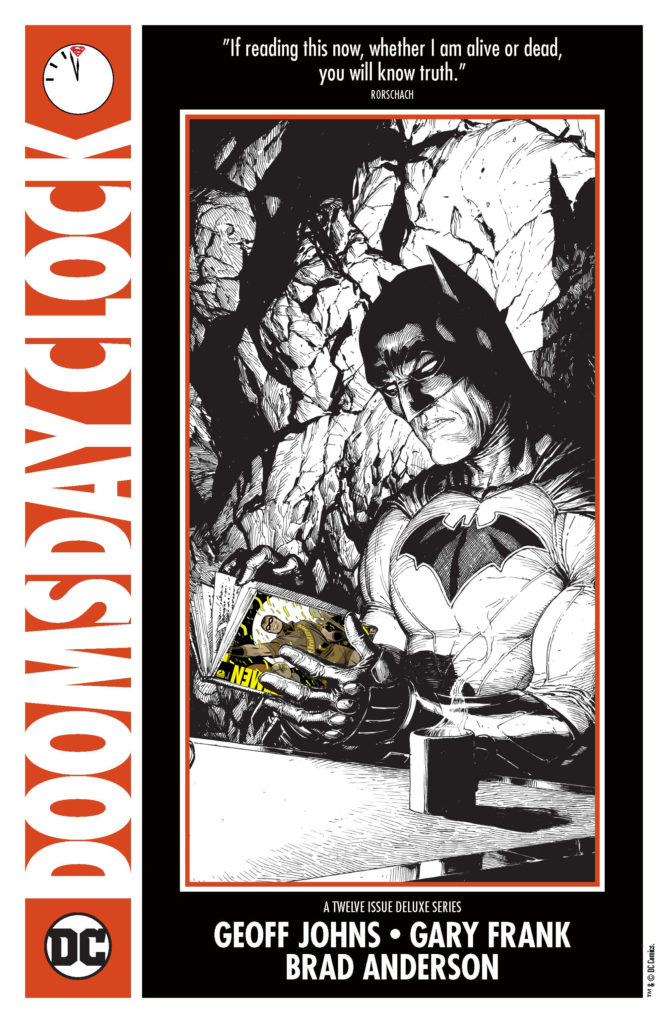 Part of my curiosity about Before Watchmen was just that: Morbid curiosity about the comics, their quality and how they’d not only fit together with the original Watchmen, but also Doomsday Clock (if at all; I have no idea if anything from Before Watchmen will apply to Doomsday Clock). But it was also a strange compulsion to treat Before Watchmen more legitimately — arguably more legitimately than it deserves — and accept it as part of the same story as Watchmen, and to read them in something resembling chronological order as “one story,” even if that’s not how they were originally intended.

And so, that’s what I’m going to do. Over the next few weeks, I’m going to work my way through Before Watchmen, and then Watchmen itself, and I’m going to share the experience here. Will I finally have reached a point where Watchmen works for me? (It’s something I am genuinely curious about, considering how much older I am now compared with previous readings, and also the generally apocalyptic world in which we’re living today.) Will Before Watchmen have any gems hidden inside? Will the whole experience prove so distasteful that I’m put off Doomsday Clock before it’s even started?

Let’s find out together. The end is nigh, but not nigh enough, just yet.

4 comments on “Wait, Watchmen 1: Before Before Watchmen”