Wait, What? — Do You King Moore Glass? 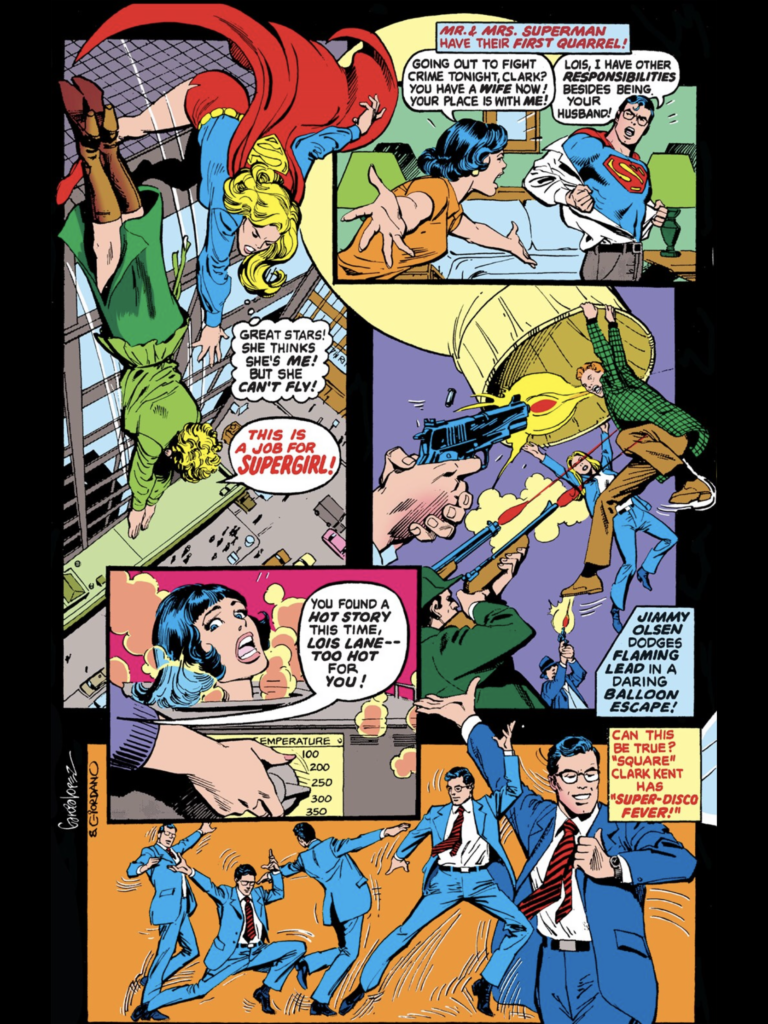 0:01-54:21: Greetings! Crazy, exhausted greetings! Jeff is recovering from a visit from his nieces and Graeme is recovering from 2020, and I have a question for you: did you want our opening pre-comics pleasantries to cover the better part of an hour, but also touch on the coronavirus, infectiousness, self-diagnosed hypochondria, baseless medical speculation, and general feelings of frustration about the world in general and the timing of the cancelation of Emerald City Comic-Con 2020 in particular?  Because if so, I am impressed at the level of heightened awareness on your part about what you want from this podcast!  And also very relieved, because as things turn out… Also discussed: Watching a Pixar movie right where virus testing packages are being dropped via helicopter; accidental quarantines; what your body remembers; a visit to the comic shop turned quasi-nightmarish; and much more. 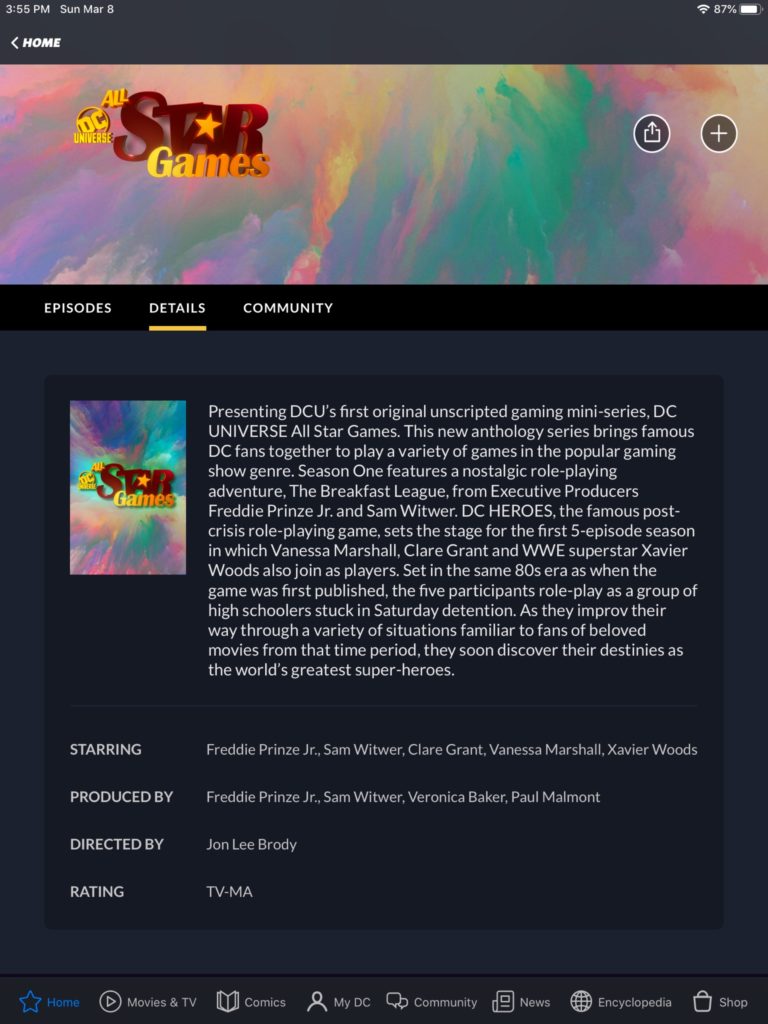 54:21-1:05:16: And as long as we’re talking about discomfort and pain, let’s talk about DC Universe All-Star Games, DCU’s first original unscripted gaming miniseries starring Freddie Prinze Jr. and Sam Witwer (among others)! Jeff tries to blame Graeme for making him watch this—despite Graeme  never mentioning anything about it—and tries to describe the experience of watching this “show” for “entertainment.”

1:05:16-1:13:44: Comics? Oh well, if you insist!  Graeme has reread all four phases of Zenith by Grant Morrison and Steve Yeowell.  FULL ON SPOILERS for a series that is, admittedly, thirty years old, so be warned.  Discussed: Final Crisis connections, underplayed conclusions versus full-fledged melodrama; and more. 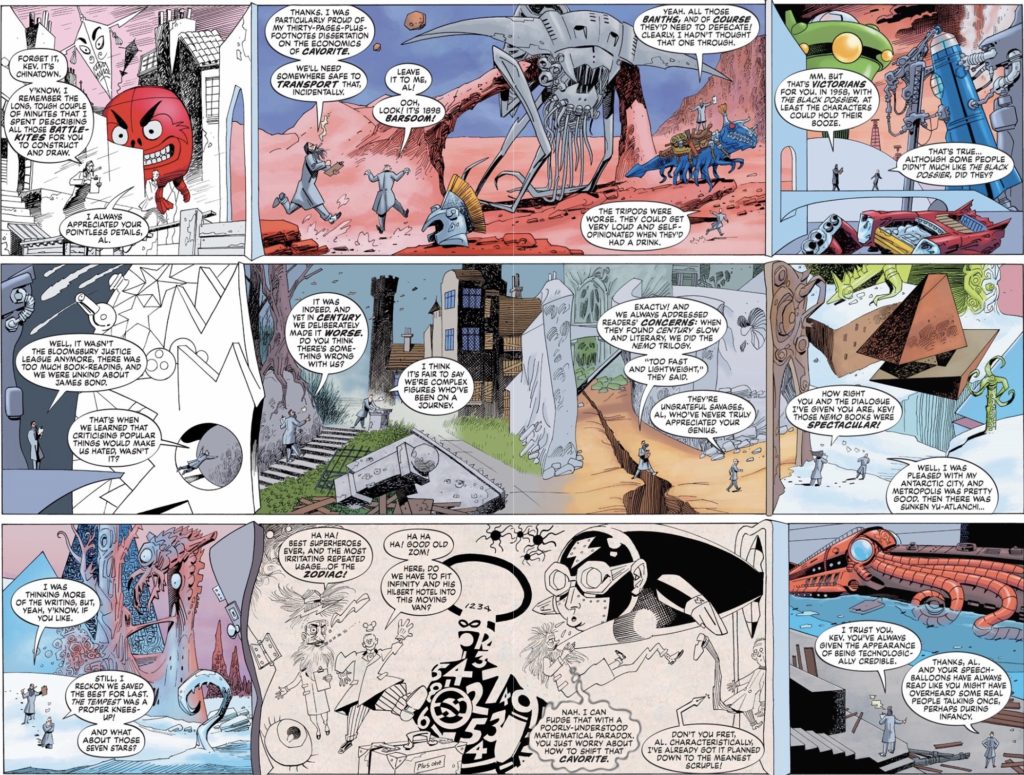 1:13:44-1:28:20: Did I say “more”? I meant “Moore”!  After our discussion last time, Graeme sat down and read LOEG: The Tempest by Alan Moore and Kevin O’Neill! Discussed: Graeme’s impressions about the book and about Moore’s cautious self-positioning in this final work of comics creation. 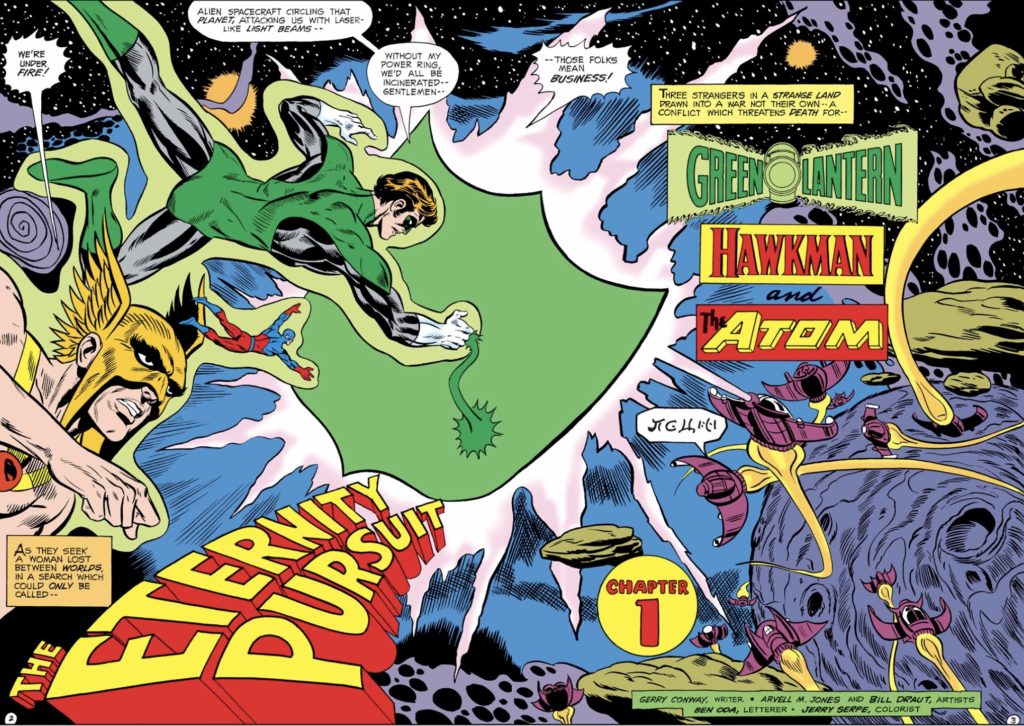 1:28:20-1:41:26: Because Imaginary Graeme made him, Real Jeff has been reading Justice League of America: The Wedding of the Atom and Jean Loring, which reprints mid-70s comics written by Gerry Conway (among others, although not mentioned yet) and drawn by Arvell M. Jones, Alan Weiss, and others. Discussed: the real Ray Palmer, why comic book writers admire the silver age Atom, the “sweet” spot of why Gerry Conway comics from the 70s are weirdly readable, trying to fold Marvel characterization within DC tropes, and more. 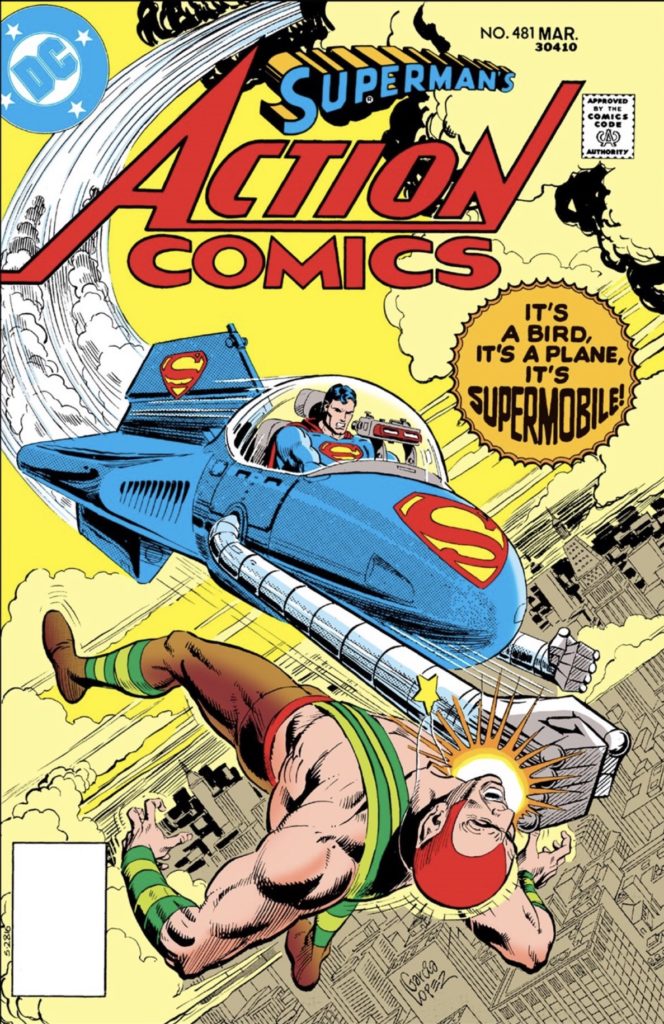 1:41:26-1:47:31: And since he’s a harsh taskmaster, Imaginary Graeme also made Jeff read Adventures of Superman: Jose Luis Garcia-Lopez, Vol. 2, which includes a lot of Elseworlds stuff, a collection of JLGL covers, at least one primo World’s Finest story by Bob Haney. 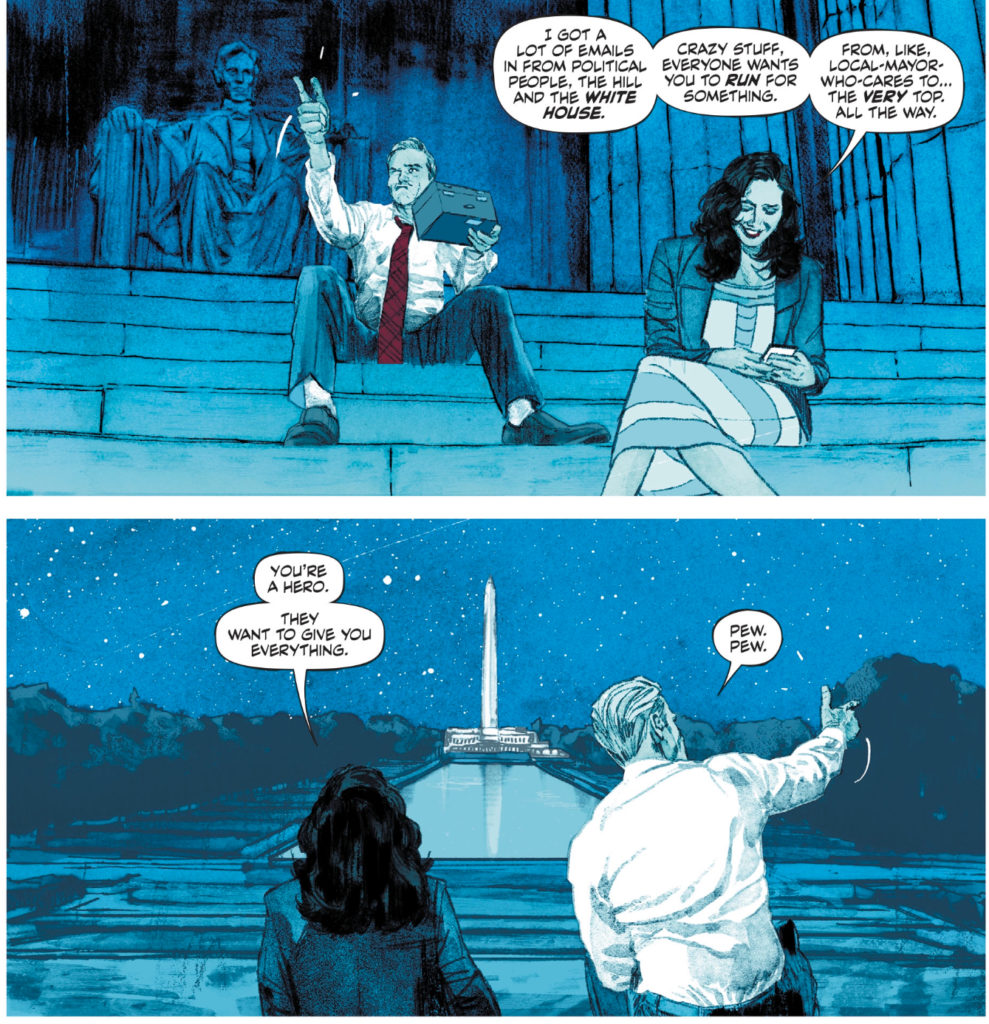 1:47:31-2:12:51: And on a more modern tip, both Brian Hibbs and Reality Graeme liked and generally recommended Strange Adventures #1, the Tom King/Mitch Gerads/Evan “Doc” Shaner miniseries with Adam Strange looking at heroism, egotism, science fiction, colonialism, and what King himself calls “the bloody gap between the myth and the reality.”  So Jeff read it and, um.  Is this the flip side of this episode’s LOEG: The Tempest discussion? Perhaps.
2:12:51-end: Closing Comments, featuring:  scheduling and info about our next episode in two weeks: it’s a Drokk and we’ll be reading Judge Dredd: The Complete Case Files Vol. 13 and the trade of The Dead Man! (Also, there’s a 50% off sale over at 2000AD Store on Judge Dredd collections until the day after this ep. goes live so that’s worth a look-see for your stockpiling needs!)  it’s a   Look for us on  Stitcher! Itunes! Instagram! Twitter together and separately: Graeme and Jeff! Tumblr, and  on Patreon where a wonderful group of people make this all possible, including Dominic L. Franco, and Empress Audrey, Queen of the Galaxy, to whom we are especially grateful for her continuing support of this podcast.  (Also, don’t forget about Spotify!)
Next week: Skip week! And then join us the week after for an all-new Drokk!!