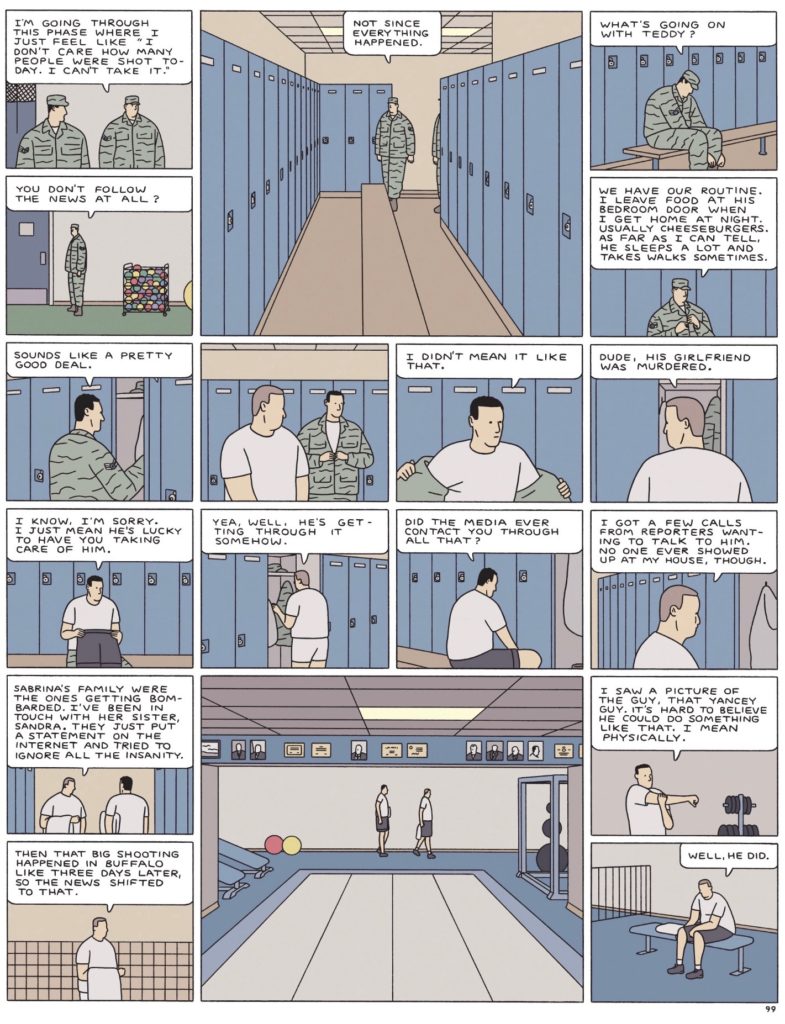 0:01-10:49:  Greetings!  Graeme “Bad Chicken Sandwich” McMillan and Jeff “Really Bad Back” Lester have one of their most meta-openings ever, as we talk about…why our episodes open the way they do!  Harbinger to come, or just a celebration of the fact Jeff and Graeme are still learning about one another two hundred and fifty-plus episodes  later?  I can’t say for sure and I was there!  Anyway, we end up talking a bit about the Qanon stuff and conspiracy theories and those who believe this kind of stuff, which leads us terrifyingly smoothly into talking about…
10:49-43:19: Sabrina by Nick Drnaso, the graphic novel published just a few months ago which is the first graphic novel to make the longlist for the Man Booker Prize!  It’s a terrifically deep look at the uniquely 21st Century reaction to unimaginable catastrophe, alternately poignant and terrifying.  Jeff just read it, and has a lot to say  and recommend about it.  (He also has a lot to say about human nature and social media and belief and doubt, which hopefully isn’t too ridiculous, and Graeme has some interesting follow-up points about places like Facebook.)
43:19-56:18: Graeme has been reading a lot of prose, but for the last week he’s been reading old X-Men comics, specifically around the time of the X-Men Legacy era written by Mike Carey.  We talk a bit about that era and how that approach to the X-Men resonates now, about Mike Carey (underappreciated in Jeff’s mind, maybe not so much in Graeme’s), and more. 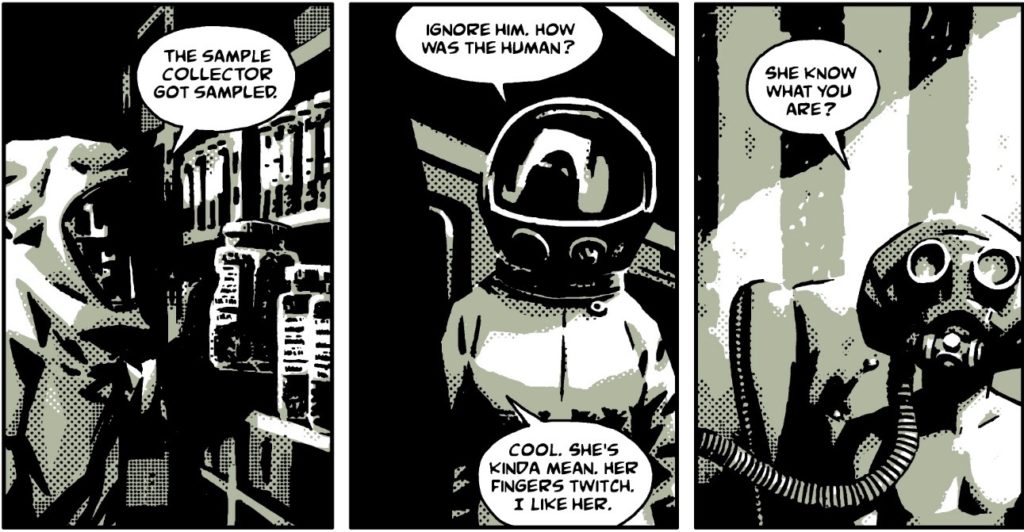 56:18-1:09:08: Jeff has also read The Seeds #1 by David Aja and Ann Nocenti, and wants to talk about it a bit. Of course it looks amazing, but what did Jeff think of the aliens-among-us-in-a-near-dystopia premise, and how Nocenti handles it?
1:09:08-1:23:12: After a bit of a delay, Mister Miracle #10 by Tom King and Mitch Gerads is finally out!  We’ve both read it, so…what did we think?  We also discuss Batman #51 and #52 without any of our previous arguing and kvetching (we also don’t mention the absolutely beautiful art by Lee Weeks colored by Elizabeth Breitweiser). 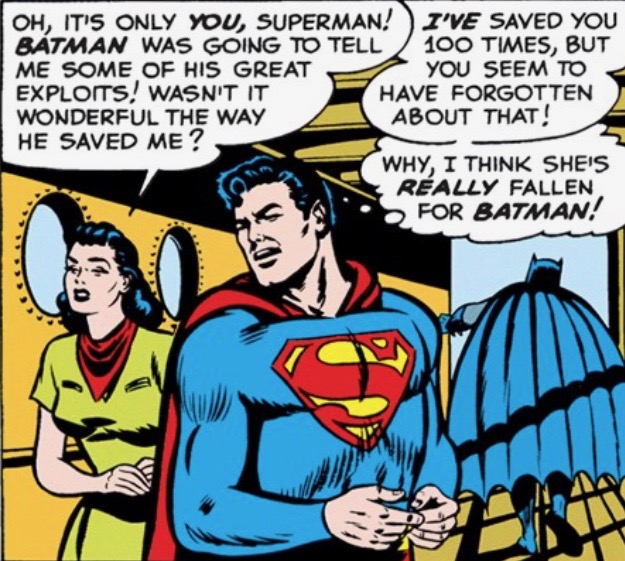 1:23:12-1:42:53: And from Batman, we go on to finally talk about Superman #76 from 1952 with the first team-up of Superman and Batman (collected in Superman & Batman: The World’s Finest Vol. 1, on sale for the Kindle and Comixology through August 6, and available to check out through Hoopla). 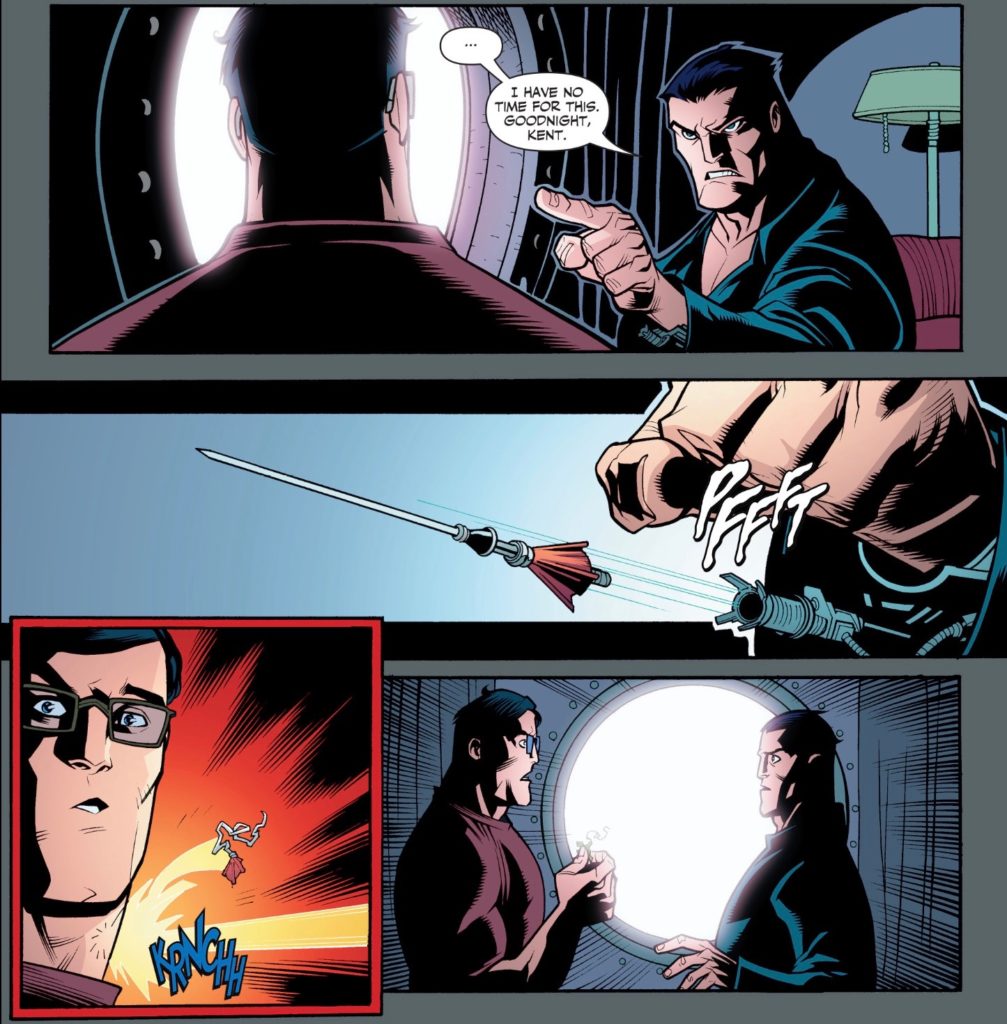 It’s an amazing bit of silver age delight, packed as it is with some subversive screwball characterization.  We also discuss the amazing modern retelling by Joe Kelly, Ed McGuinness, Ryan Ottley, and others in Superman/Batman Annual #1. 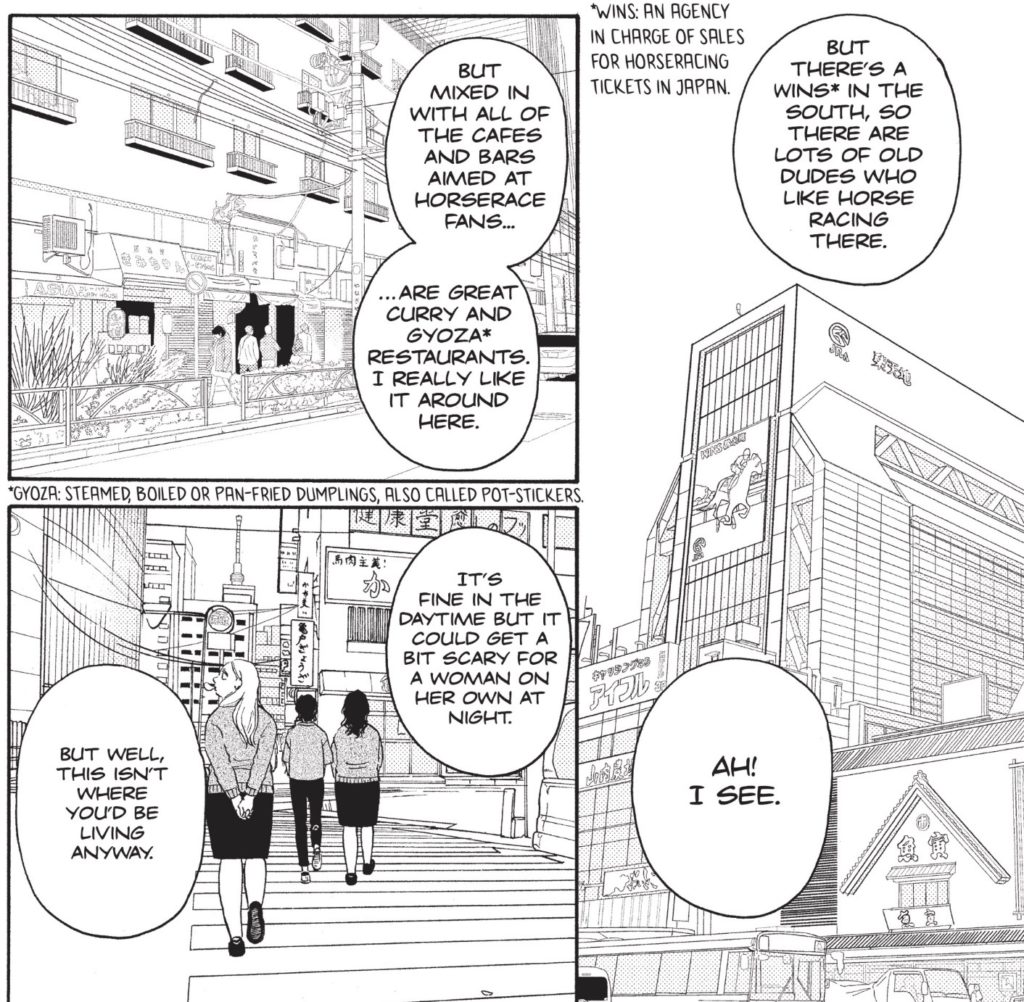 1:42:53-1:45:58: Finally, Jeff wants to talk just a bit about the delight that is Is Kichijoji the Only Place to Live? by Makihirochi, a Tokyo real estate manga recently digitally published in the U.S. by Kodoansha.
1:45:58-1:50:58:  And that leads Graeme to talk in turn about Gengoroh Tagame’s My Brother’s Husband, which, despite hearing many excellent things, Jeff still hasn’t read. 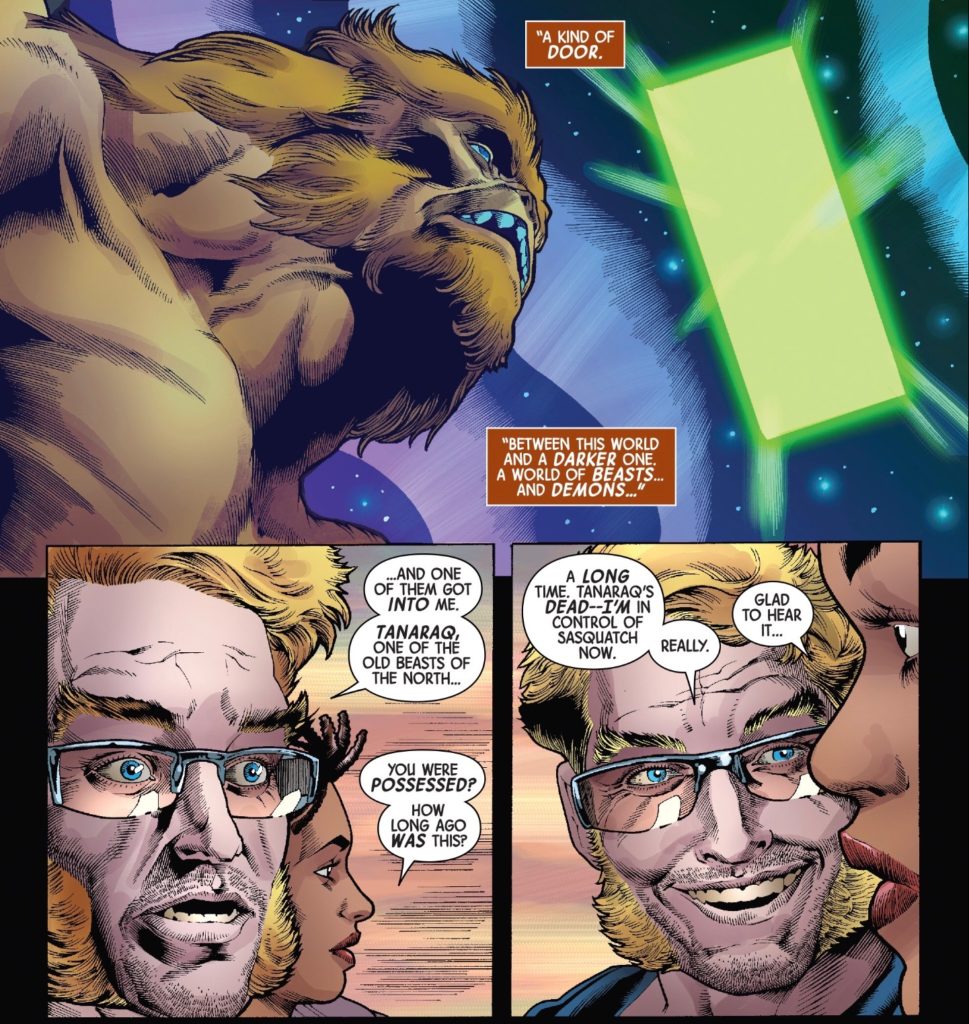 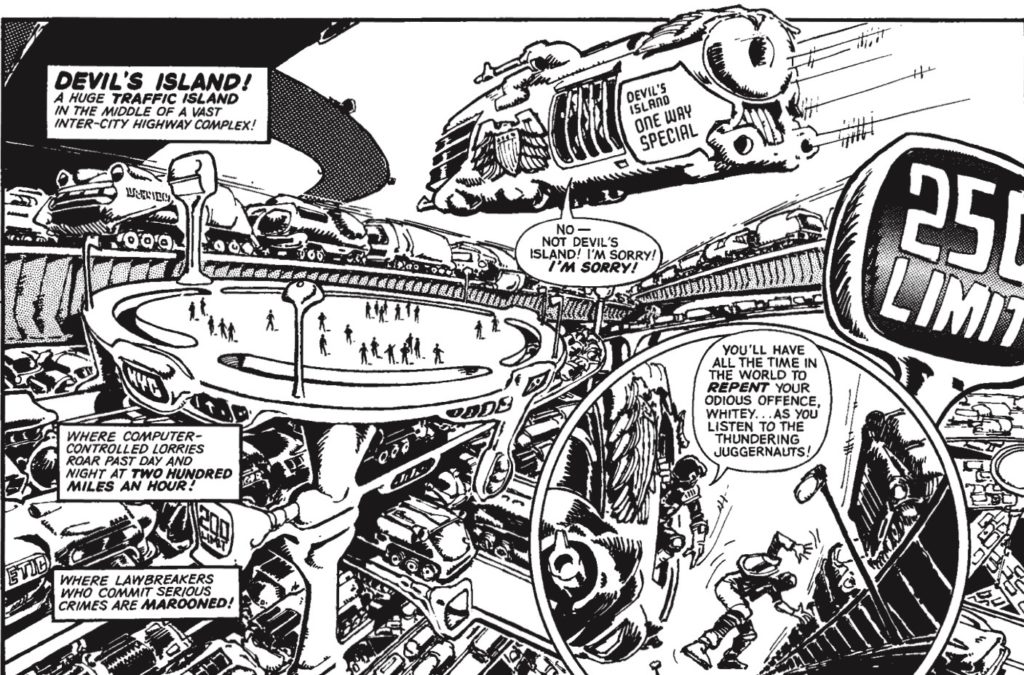 2:02:03-2:11:26: Graeme mentioned he’d been deep-diving into early 2000AD, with an eye toward the very early (“off model,” as he puts it) Judge Dredd stories by Pat Mills and John Wagner. We also talk (far too quickly!) about early Rogue Trooper. (To which I can’t help but add: ROGUE TROOPER, YOU GUYS)
2:11:26-2:20:48: “Any sort of news crapola you want to touch on?” Jeff asks, and while Graeme initially thinks not, we do end up discussing the three lines of Conan reprints Marvel is putting out when it gets its license back (and the big sale going on through August 6 from Dark Horse of the same material before they lose said license) and we talk about everyone’s favorite Cimmerian (at least since Filgud The Goat-Milk Maker died).
2:20:48-2:14:40: The news crapola that Graeme really wants to discuss, it turns out, is the announcement of Motor Crush switching from monthly issues to trades (after a hiatus).  And Lazarus is becoming a quarterly?! Hot on the heels of the Saga hiatus announcement, we are curious (hand-wringy).
2:14:40-end: Closing comments!!  Look for us on  Stitcher! Itunes! Instagram! Twitter together and separately: Graeme and Jeff! Matt! Tumblr,  and  on Patreon where a wonderful group of people make this all possible, including the kind crew at American Ninth Art Studios and Empress Audrey, Queen of the Galaxy, to whom we are especially grateful for their continuing support of this podcast.
NEXT WEEK:  Baxter Building! Read issues #371-381 by Tom DeFalco and Paul Ryan, and then join us!