0:01-5:40: Greetings!  Jeff is still sick (but getting better)! Graeme is good (despite referring to “the cultural wasteland that is our llives”)! We open with a prophecy of the future—a prophecy that in the near future (August), The Sacred One (Chloe) will return and bring with her the ancient texts as foretold in lore (she and Graeme are gonna talk about all their reality tv watching). PROPHECY!
(But also a little bit of talk between us about Love Island.) 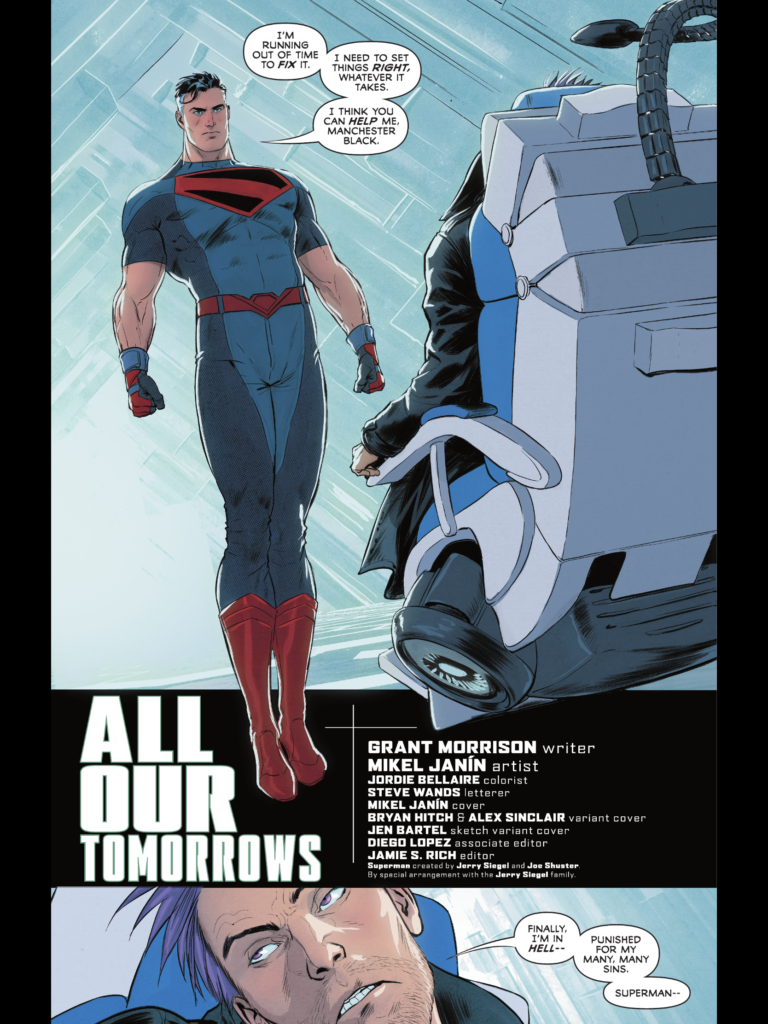 5:40-53:14: Instead of flimmity-flamming about some jimmity jam, we tuck right into talking about comics, recent comics to be more exact, Superman and The Authority #1 by Grant Morrison, Mikel Janin, and Jordie Bellaire, to be as exact as we possibly can! It’s a tight, fun first issue with a lot to unpack, especially with what G-Mo might be saying about their own career and/or the career of his contemporaries. We talk about where and how G-Mo might be doing so; about how Morrison plays with or cares about expectations; the reworking from the premise as a 5G book; about how Morrison has written and handled Superman throughout their career; some comparison/contrast between Morrison’s current standing and Tom King’s; dogs barking in the background; and more.
53:14-59:33: We mentioned Tom King and the online reception to his current work, so it seems more than appropriate for Graeme to talk (in a spoiler-free way about the penultimate issue of Strange Adventures as well as the “ambitious strangeness” of Rorschach; and more. 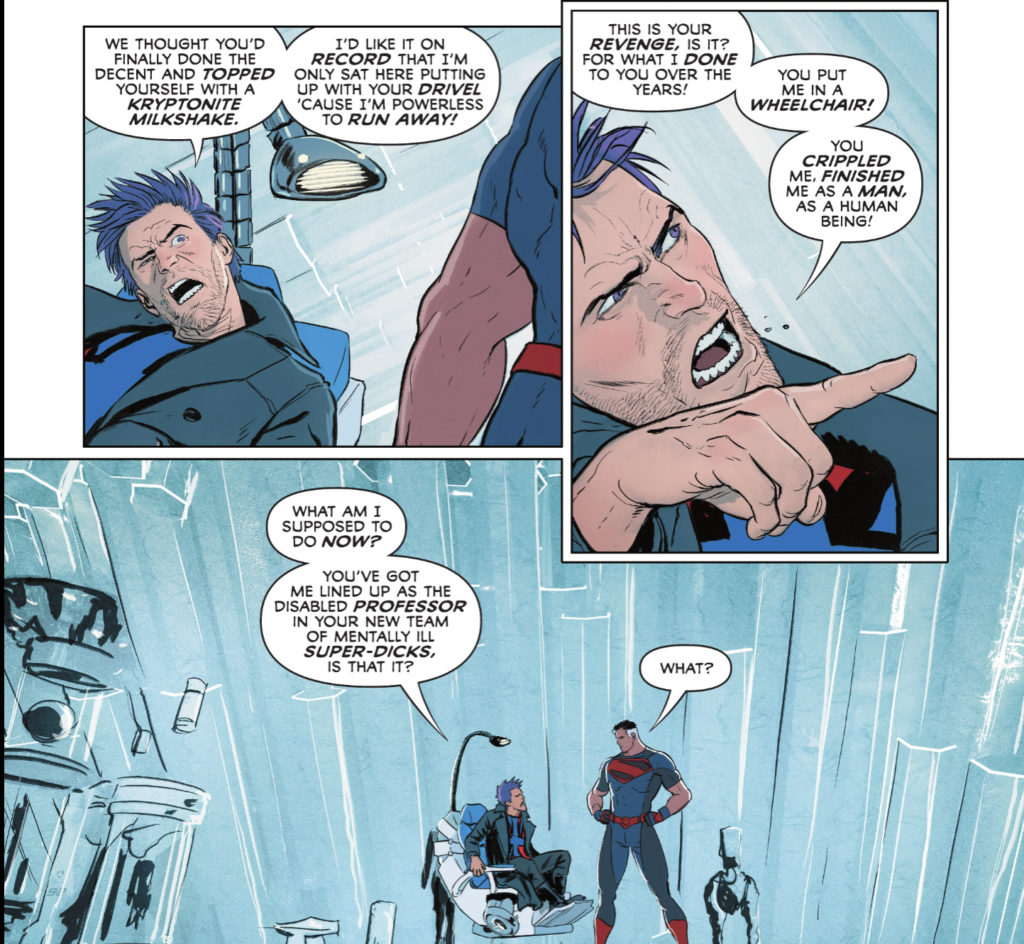 59:33-1:09:45: Jeff wants to keep this comic train rolling! But for some reason, the next station he wants it to pull into is…Skybound X, the weekly anthology book celebrating ten years of Robert Kirkman making people sell him their IP in return for checks? Jeff sees a potential in the anthology, a woulda-shoulda he wants to talk about, as well as mentioning things he came across in the title such as Tillie Walden doing a series of Clementine Walking Dead OGNs, the return of Assassin Nation, and more. 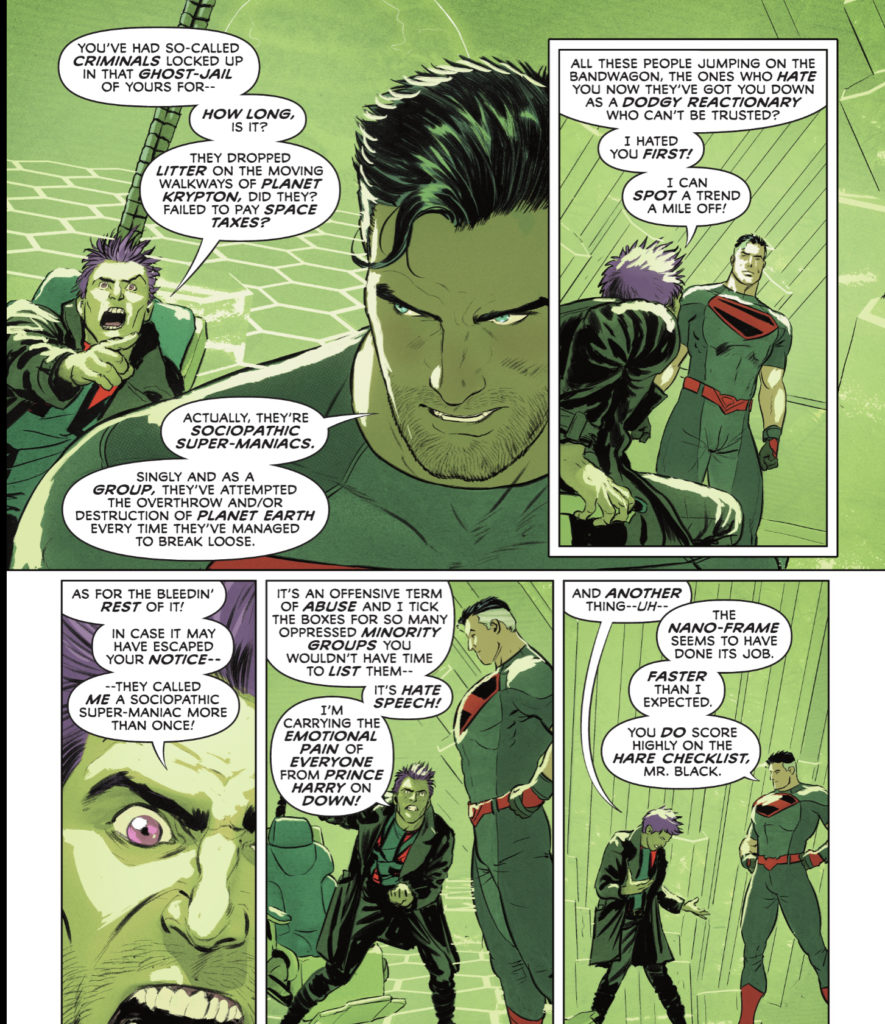 1:09:45-1:30:42: In other news: Jeff has done a reverse-o and is really liking Matthew Rosenberg’s The Joker Presents A Puzzlebox? But more important to those looking for good work available (currently) only digitally, Jeff wants to extol the virtues of Look Back, a 140 page one-shot (which is a helluva way to undersell the term “graphic novel”) by Chainsaw Man creator Tatsuki Fujimoto. It’s currently available to read over at Shonen Jump *for frickin free* and is extremely excellent. Also discussed: Fist of the North Star by Buronson and Tetsuo Hara; the movie Doberman Cop (based on a manga also by Buronson); the Action 2020 special including the full replica of the banned October 1976 issue; Giant-Size Conan the Barbarian #5 reprinting the team-up of Conan and Elric (under a new Kirby cover); and more. 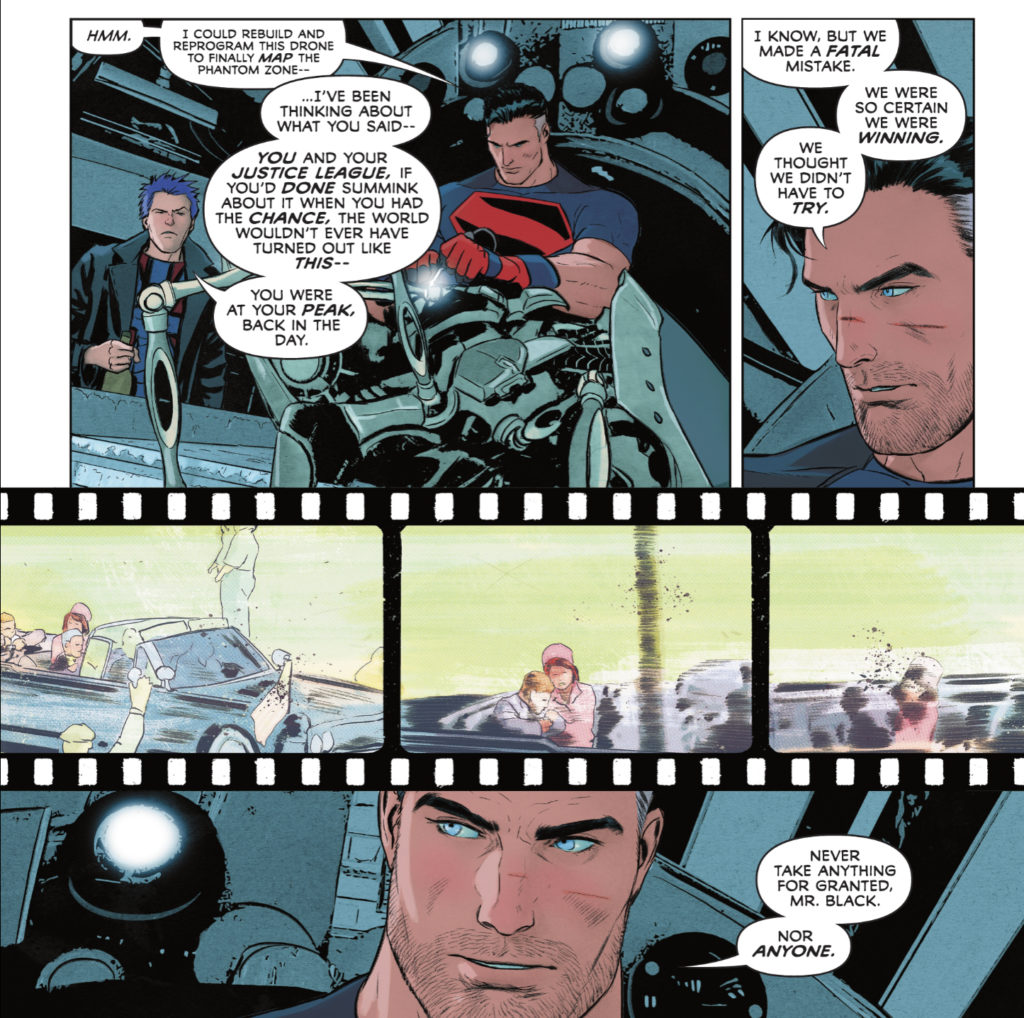 1:30:42-1:42:07: Graeme has been rereading The New Defenders, the Gargoyle/Valkyrie/Angel/Beast/Cloud/Moondragon incarnation of the team installed by writer J.M. DeMatteis at issue #125 and then taken over by Peter B. Gillis shortly thereafter (with Don Perlin on art throughout). It’s an odd book that goes only even more odd under Gillis and one worth discussing and considering in the context of Marvel at that time. 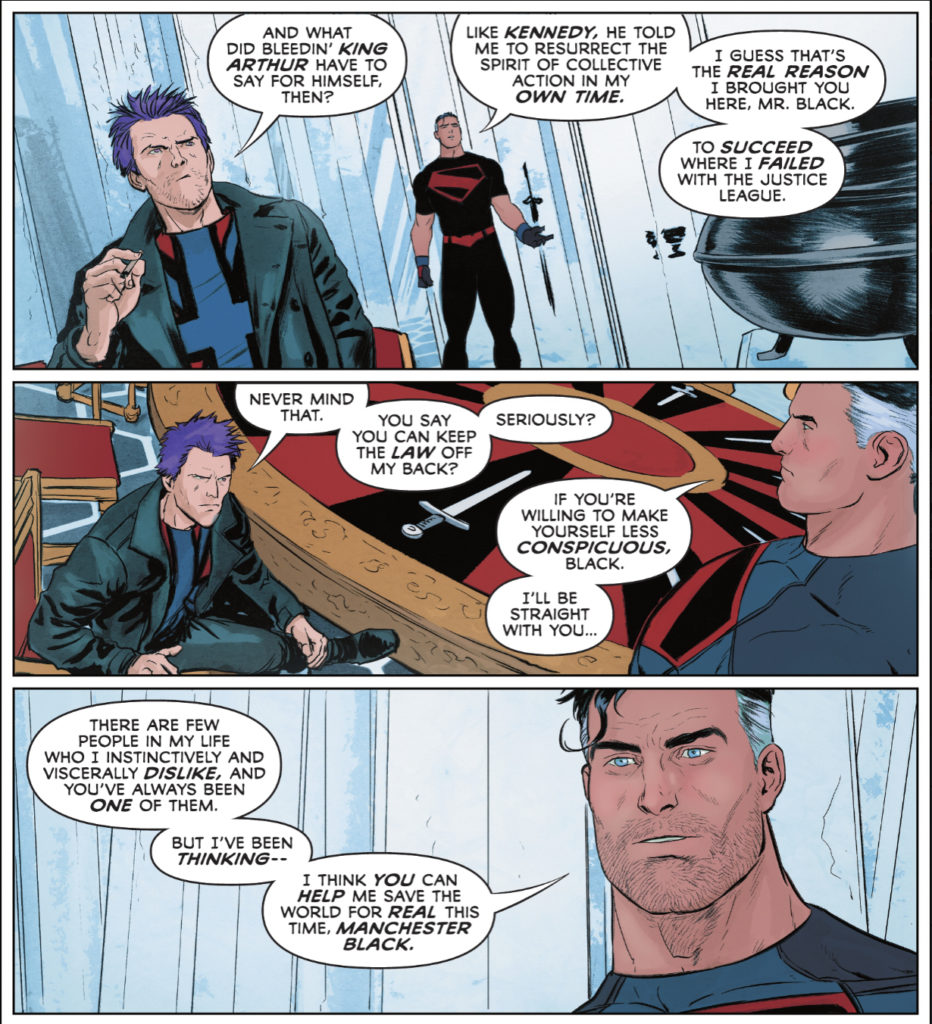 1:42:07-1:53:45: And of a more modern stripe, Graeme has read both the first two issues (released) and the third (not yet) of Infinite Frontier, the Joshua Williamson scripted/Xermanico drawn “event book that’s not an event book” with an interesting cast, an interesting pitch, and may well need a good collection or reading all in a oner to truly be appreciated. Graeme has also been reading Crime Syndicate by Andy Schmidt, Bryan Hitch, and Kieran McKeown and that’s also a thing we chew over for a bit.
1:53:45-end: Closing Comments!  Or…are they? I guess it depends on how you’d characterize Summer of Soul, currently playing over on Hulu. (Graeme would characterize it as “spectacular!”). And but still: look for us on  Stitcher! Itunes! Instagram! Twitter together and separately: Graeme and Jeff! Tumblr, and  on Patreon where a wonderful group of people make this all possible, including Empress Audrey, Queen of the Galaxy, to whom we are especially grateful for her continuing support of this podcast.
Next week: Skip week times two! Join us in mid-August for another Wait, What?!

13 comments on “Wait, What? Ep. 323: Flimmity Flamming About Some Jimmity Jam”