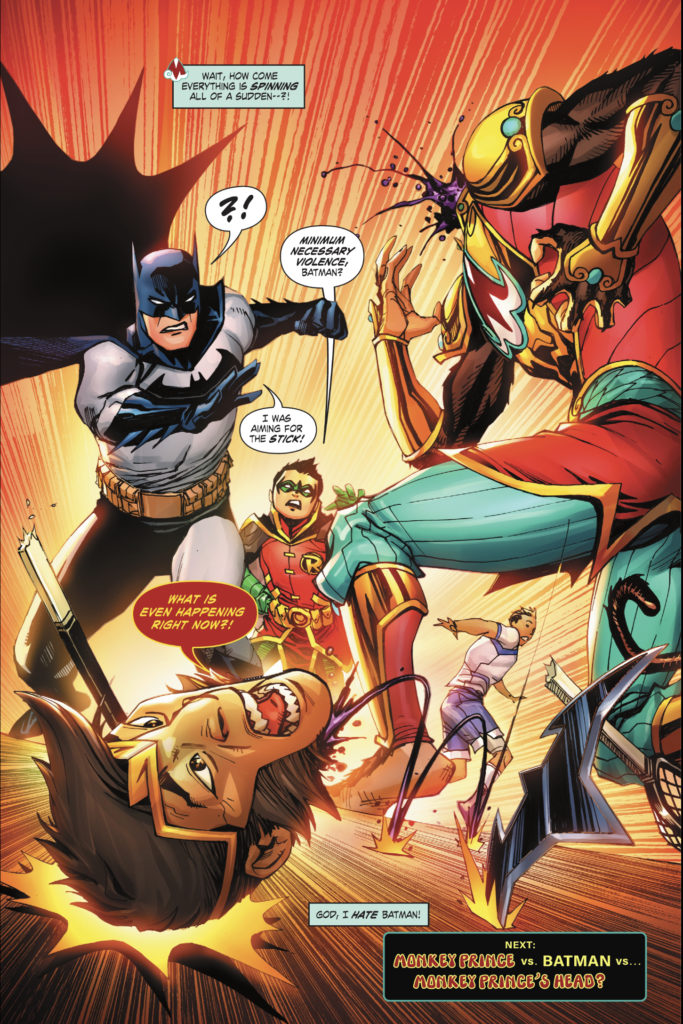 00:00-8:35: Greetings! We start off this episode with a declaration of love—fitting considering we will soon be talking romance comics. Yes, Graeme loves comics and he is not afraid to say it on this, the three hundred and thirty-sixth episode of this comic book podcast (with close to another 100 episodes of other interrelated podocasts specifically diving into just two titles). Shocker, eh? And yet, it was very great to hear Graeme all hepped up and ready to was enthusiastic about Monkey Prince #1 by Gene Luen Yang and Bernard Chang, a fun book that for Graeme recalls the heyday of Blue Devil (a very high level of praise for a specific set of superhero comic book reader): “There’s some Spider-Man in there, there’s some Static in there […] but it’s just done really well.” 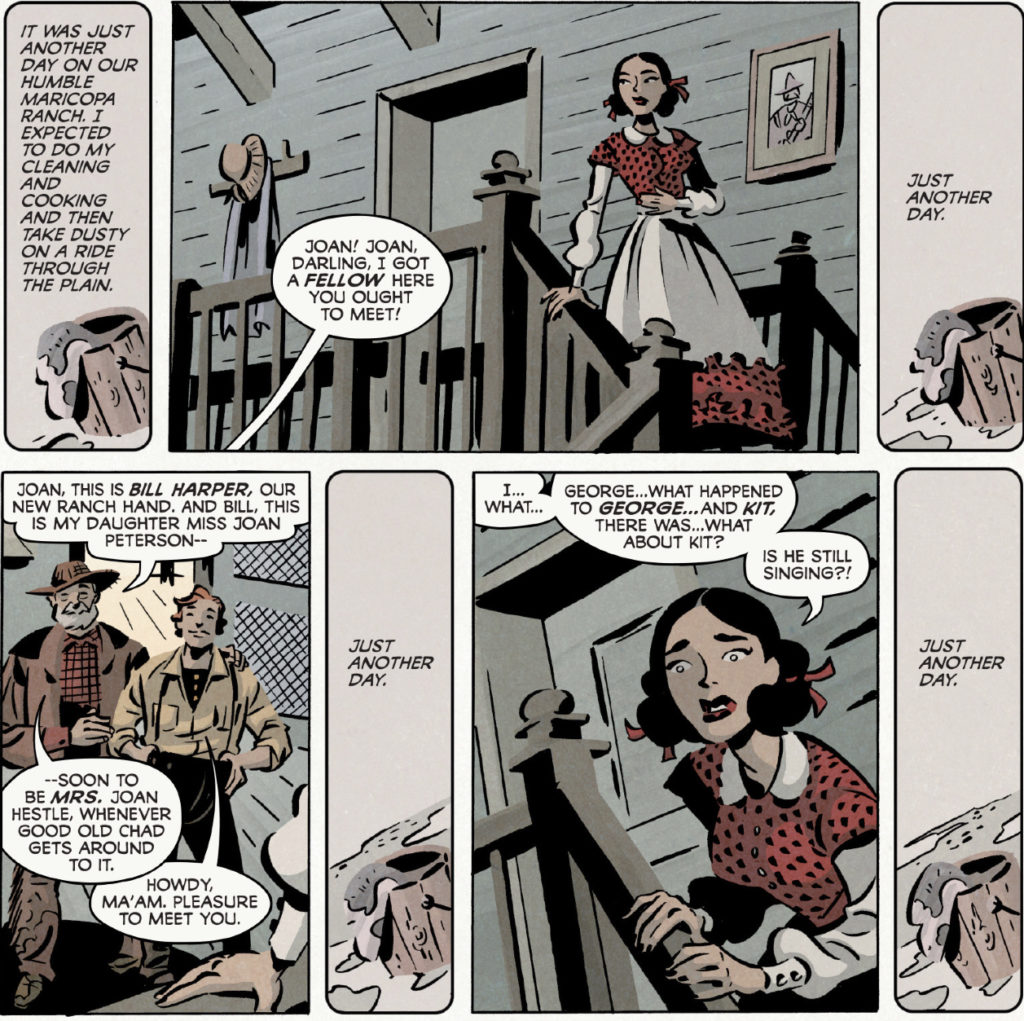 8:35-24:52: And from there (where’s the talk about the weather? Or sense of imminent catastrophe? we just really dove right into the deep end this episode!), we talk about a book both of us have read: Love Everlasting #1 by Tom King and Elsa Charretier, their new ongoing [?] series currently available for free on Substack. King can be a contentious subject in the W,W? household but we both liked this dark and funny subversion of the romance comic. Jeff spends a bit more time both picking nits and speculating as to some of the influences on the book (but isn’t that what Jeff does?). Graeme just goes on to talk about how good it is and why. According to King here, all the issues are available for free (with a lot of paying tiers to get awesome extras and to help underwrite Substack’s underwriting of it). So ya know, if you want free comics (and if you can overlook some of the very heinous people Substack is platforming, like Jeff and Graeme seemingly find it all-too-easy to do), definitely check it out!
24:52-42:16: There were six new Substacks announced this week (during “comics day on Substack“) including one of interest to us: Xanaduum by Grant Morrison. This is very much Graeme’s jam, and so he talks about it, Bible John, and more. By contrast, Jeff talks about Mangasplaining Extra, the substack spinning out of the incredible Mangasplaining podcast that will not only send out the showcasts from that extremely awesome show but will also being sending out a chapter of manga each week! (p.s. as long as we’re talking newsletters, don’ t forget that one of us has one that’s currently very free.) 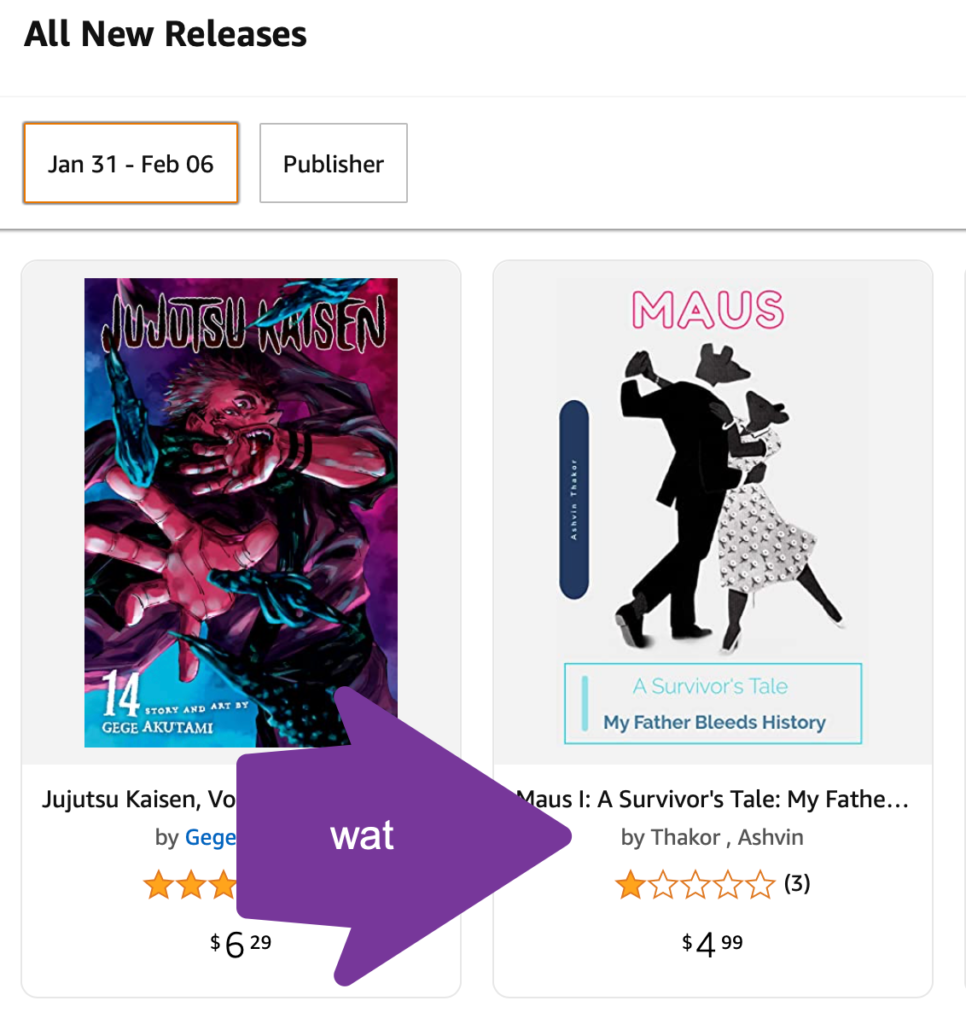 42:16-51:46: It’s rare that Jeff takes the lead on talking news, but he does have a personal connection to this one: on what is quite probably the penultimate week before Comixology goes away and comic shopping for the Comixology app has to be done on Amazon’s own comics page, someone put up a bootleg copy of hot-in-the-news-not-available-in-digital Maus and Amazon promoted it as a new release…for over two days. Despite people telling them. A whole new way to get scammed by comics? Delightful!
51:46-1:02:31: “Shall we talk about the other news story that for my money still isn’t a story yet but is, at the same time, a really big story?” asks Graeme and so leads us down the hallway to a door marked “Image Comics under investigation by the federal National Labor Relations Board for engaging in unfair labor practices.” yow. 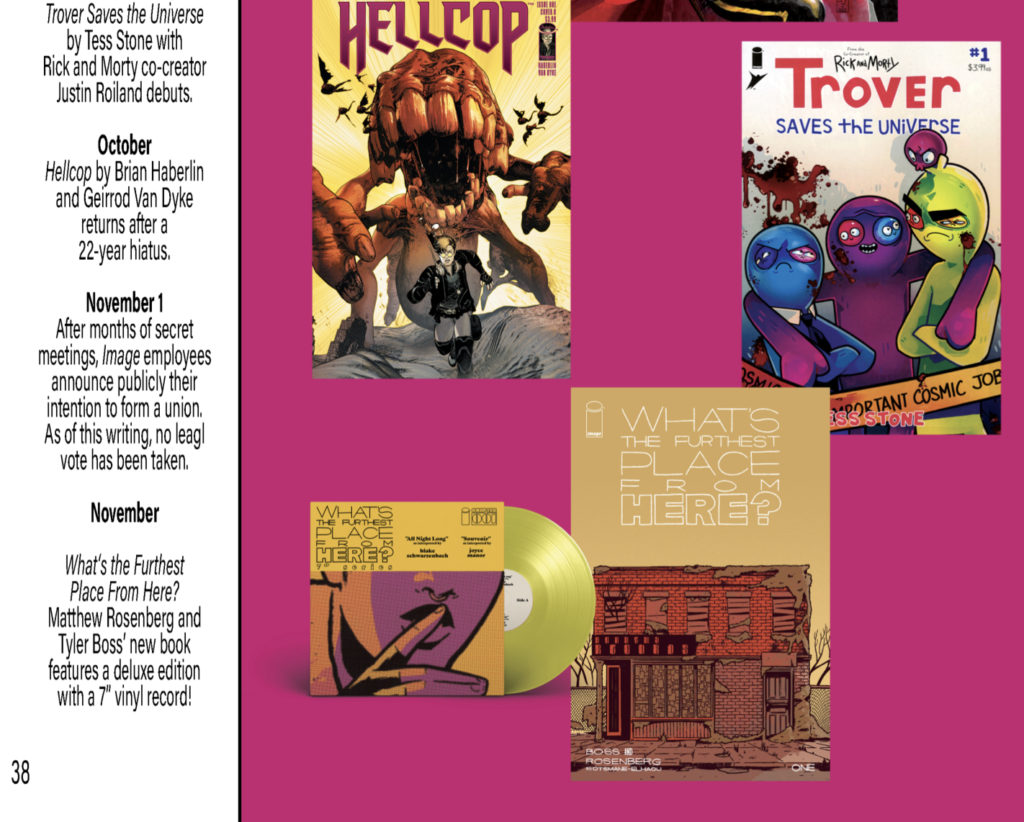 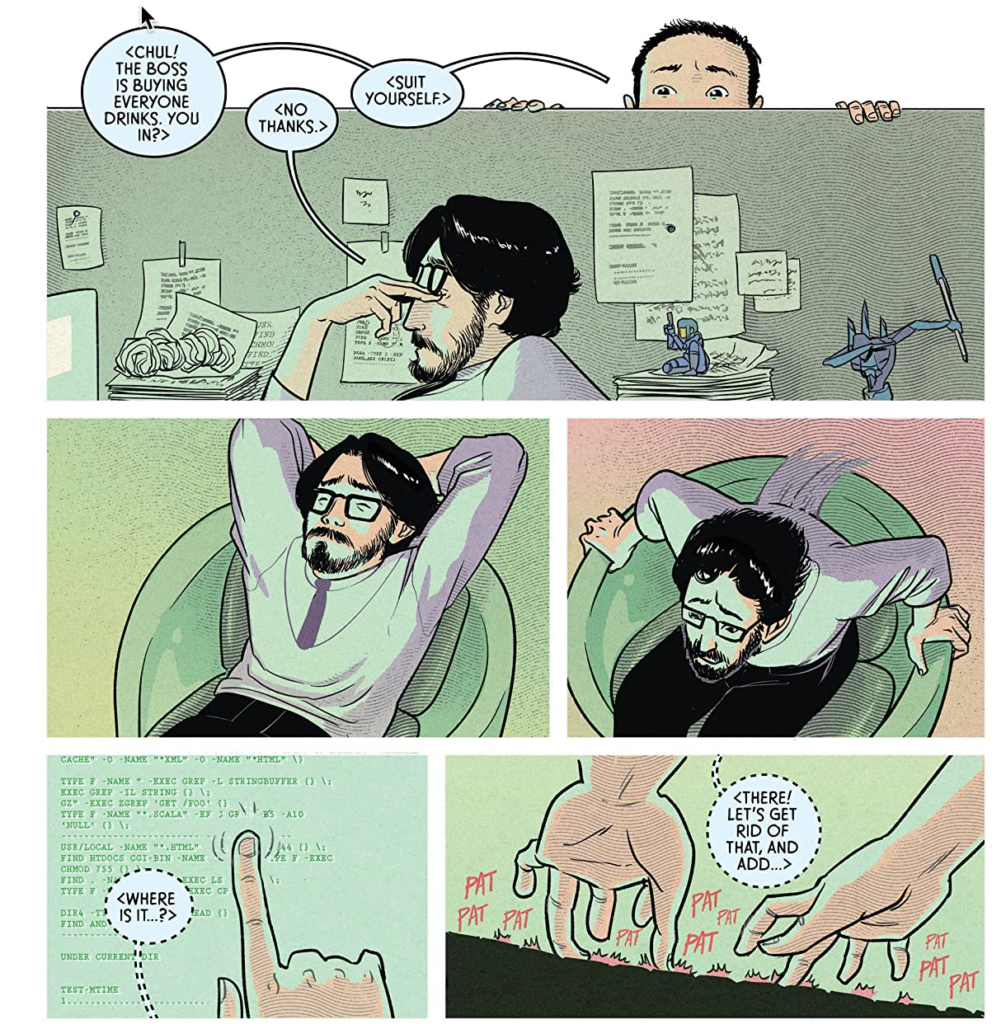 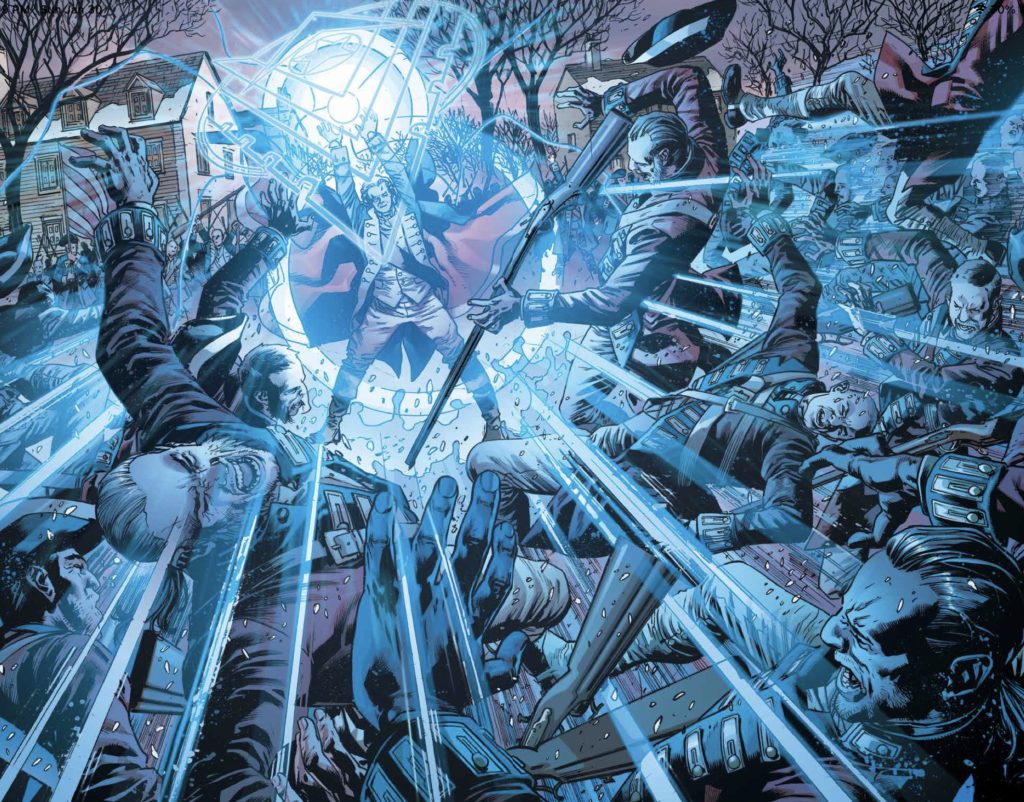 1:29:47-1:57:14: But Image is not off the hook yet! Graeme and Jeff also read Geiger 80 Page Giant #1 by Geoff Johns, Gary Frank, Brian Hitch, Sterling Gates, Kelley Jones, Pete Tomasi, Peter Snejberg, and more! After grousing about volume 1 of Geiger, what did we think of the one-off letting us in on the secret origins of “Who?” and “Oh yeah, I think I remember that guy being mentioned in passing.” And as a bonus—which is code for “Jeff is tired of checking the time stamps and making new paragraph breaks”—we discuss Nocterra by Scott Snyder and Tony Daniel which Graeme read after Jeff talked about its extreme similarities to Geiger, which leads to a discussion about a possible rut for Snyder and Jeff’s theory about what’s behind it.
1:57:14-end: Jeff suddenly realizes we’re closing in on two hours, panics, and so… Closing stuff!  We do not mention it on the podcast but sign up for Graeme’s newsletter (https://www.getrevue.co/profile/ComicsFYI!) and:look for us on  Stitcher! Itunes! Instagram! Twitter together and separately: Graeme and Jeff! Tumblr, and  on Patreon where a wonderful group of people make this all possible, including Empress Audrey, Queen of the Galaxy, to whom we are especially grateful for her continuing support of this podcast.
NEXT WEEK:  Just say “Drokk it!!” and join us next week as we read Judge Dredd: The Complete Case Files Vol. 32.