00:00-7:30: Greetings! We are off and running with a rather…potentially offensive line of greetings? Or at least Jeff is potentially offended; Graeme seems quite pleased with himself! But admittedly Jeff is a bit unsettled generally, what with all of his tech gadgets disappearing for hours on end because he had the audacity to clean…fortunately, some of his picayune complaints uncover hints of a time travel paradox with him and Graeme (you know, as you do)… 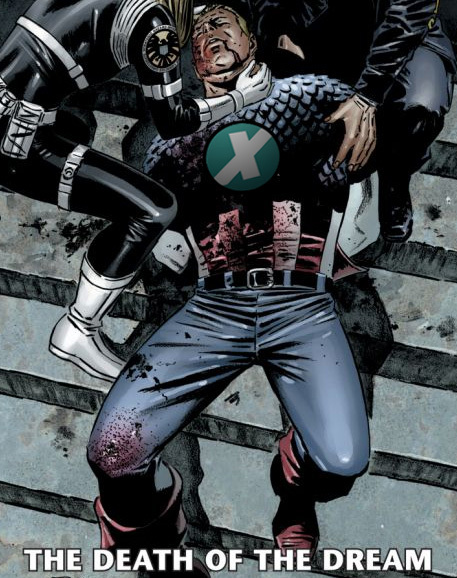 7:30-57:31: But from there, we go right into the news, and the news this week is the Comixology “upgrade” to 4.0, with the storefront going away, smart lists going away, and a tremendous amount of customer goodwill going away! (and props, by the way, to the fabulous Matt Digges for the perfect image above.)  Jeff and Graeme talk about what a shitshow it is, what it’s meant for Jeff—and for a guy who insists he’s pretty okay with it, Jeff has *a lot* to say about the transition—and what we think it might mean for the future of digital comics. (By the way, Jeff has some good intel in this segment and some very *bad* intel—for example, Marvel does indeed still have an app running on pre-4.0 Comixology that allows reading and purchasing, but DC’s app is long gone—so cave canem, and my apologies! 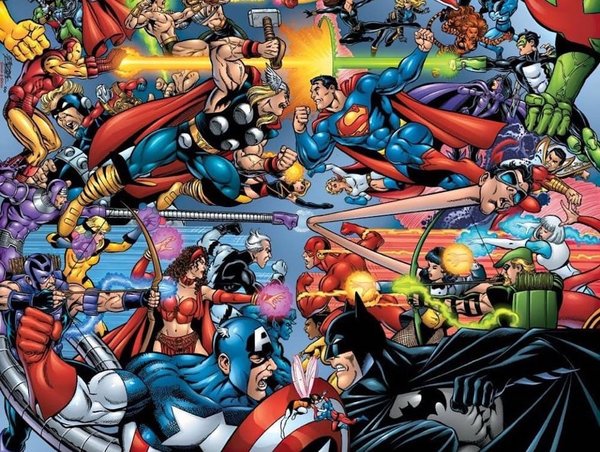 57:31-1:18:30: Also, in the “noteworthy news” category: JLA/Avengers is coming back into print with a *very* small print run to benefit The Hero Initiative and to pay tribute to George Perez while he’s still alive to see it! And you’d think that would make everyone happy, right? Welllllll….. By the way, if you haven’t signed up for Graeme’s newsletter (still?! really?!), he did some excellent work reporting on this which we rely on quite heavily during this talk…well, that and Jeff’s absolute fear at the demonic menace that is, y’know, Ike Perlmutter.
1:18:30-1:21:36: Okay, that’s the news! (Or at least Jeff’s demolition of all the careful news and facts that Graeme is reading.) Before we move on, though, let us have our mouths write a check I pray our asses will keep: a special skip week edition of My Four Manga is forthcoming! We hope.
1:21:36-1:43:39: Season 1 of Peacemaker just wrapped on HBOMax and Jeff is pretty sure (kinda sure?) we hadn’t discussed the show on here yet so….here you go. We also talk about Gunn’s approach to superhero movies and the recurring theme in most of the work, the Aquaman: King of Atlantis cartoon on HBO that Jeff had no idea was even a thing, The Doom Patrol TV show, The Virgin Marvel Cinematic Universe and the Chad DCU, and more.
1:43:39-1:49:01: Jeff tries to ask Graeme what he thinks of Grant Morrison’s Substack annotations about Superman and the Authority and—to put the best spin on this possible—only manages to misgender Morrison, not Morrison *and* Graeme, in the process.

1:49:01-2:05:46: Jeff wants to talk about some comics he’s read! (Too much so, unfortunately.) And doubly unfortunately, those comics happen to be those contained in The Savage She-Hulk Marvel Masterworks, Vol. 1, almost entirely written by David Anthony Kraft (RIP) and Mike Vosburg (but also Stan Lee and John Buscema pitching an episode of TV’s Incredible Hulk). Also discussed: The Complete Man-Wolf largely by DAK and George Perez and some comments about Ghost Rider Marvel Masterworks Vol. 2 and the work of Tony Isabella.
2:05:46-end: Jeff ran long (and was also a ninny) so Graeme steps in for…. Closing stuff!  Graeme’s newsletter (https://www.getrevue.co/profile/ComicsFYI!  Stitcher! Itunes! Instagram! Twitter together and separately: Graemeand Jeff! Tumblr, and  on Patreon where a wonderful group of people make this all possible, including Empress Audrey, Queen of the Galaxy, to whom we are especially grateful for her continuing support of this podcast.
NEXT WEEK:  Skip week…but keep your ears open just in case?

17 comments on “Wait, What?, Ep. 337 – The Assassination of Comixology By The Coward, Amazon.com”