00:00-10:42: Greetings! If you want to get a sense of the tenor of this episode, look no further than our opening discussion about…deviled eggs? Graeme has been maniacally cleaning; Jeff has been maniacally socializing; and together they’re bringing you a comics podcast that is even shorter on the comics than usual and longer on the….???? Well, you’ll just have to find out, I guess. Some excellent stories about the kid in Graeme’s house are probably the highlight of this one.
10:42-16:49: Or…I dunno. Maybe this conversation about The Kids In The Hall, and the recent Amazon documentary about them promoting their new show on Prime that goes kind of dark is more emblematic of this episode? 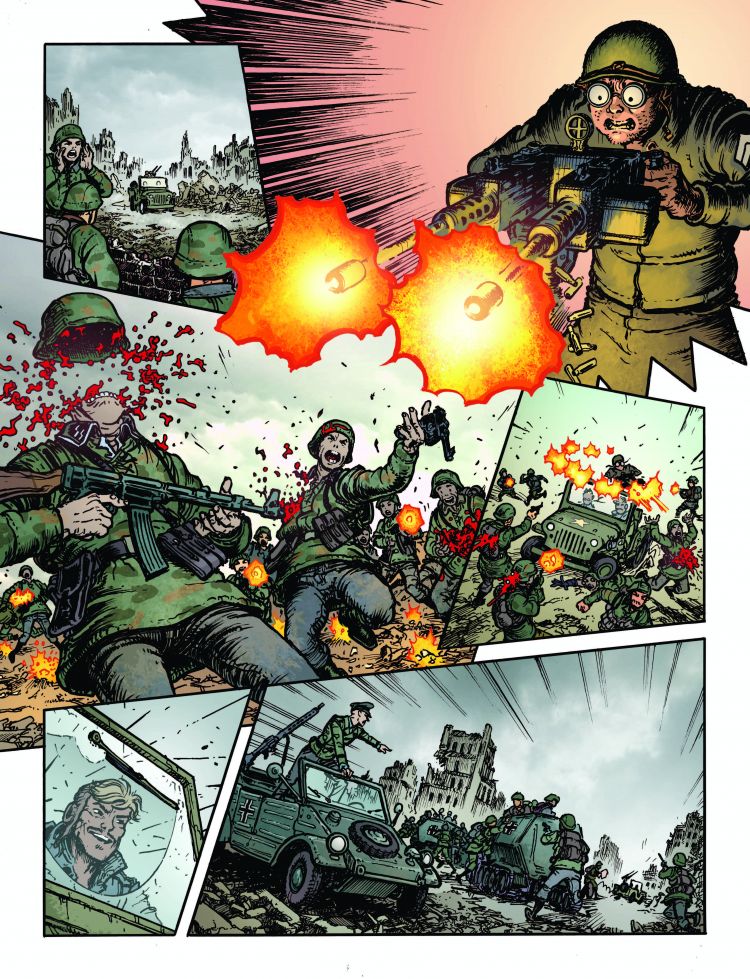 16:49-30:35: Hey, here’s a comic-like thing, fortunately made even more comic-like by Graeme: speaking of Amazon, Season 3 of The Boys has started and, as you’ll recall, Graeme quite liked Season One despite not caring for the comic at all. Jeff’s attempt to find out if Graeme has seen it and what he thinks actually leads us down a different path entirely, one involving Garth Ennis and the upcoming Battle Action Special coming (very soon!) from Rebellion. There are a few spots in the podcast where Graeme’s voice gets a bit fuzzy sounding for no reason at all, and it happens here for a bit. It’s noticeable, but hopefully not too annoying. 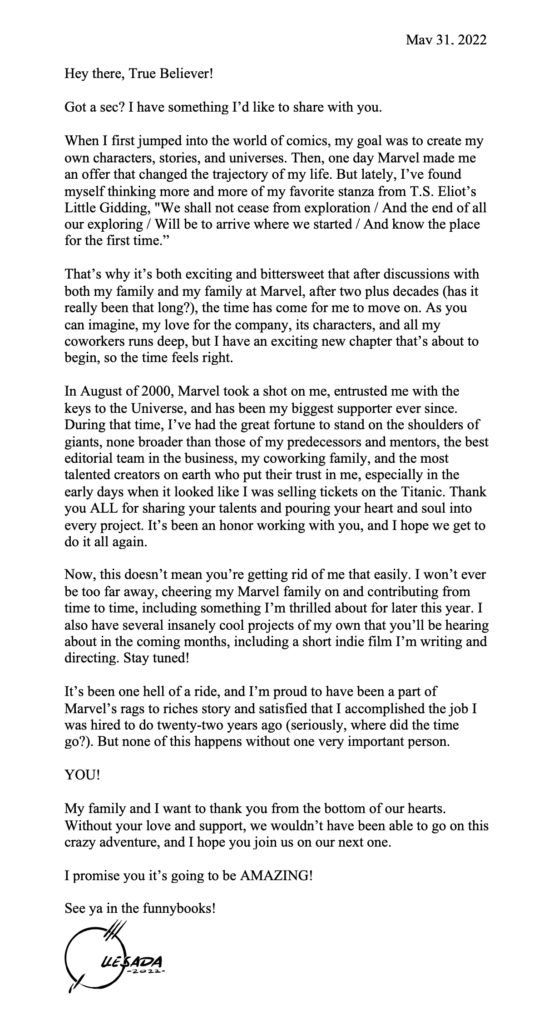 30:35-1:04:37: Hey, so Graeme wrote for his excellent newsletter about how Bill Jemas left AWA and Joe Quesada left Marvel within the span of two weeks! Coincidence? Well, yeah, almost surely….but it is a nice jumping off point to talk about those two men and their careers, interrelated and otherwise. Graeme is more interested in talking about Jemas’s new media venture and its attempt to fund via (ugh) “Web3,” whereas Jeff is more interested in talking about both Joe Quesada’s significant achievements at Marvel and…well, gossip, basically. (To retool a phrase used earlier in the podcast, “it’s the way of the Wait, What?!”)
1:04:37-1:24:41: “Who’s threatened to punch *you*, Jeff?” Graeme asks, in a way that might seem alarming out of context. (Or, I dunno, maybe in context and I’m just being very naive?) But, ever game, Jeff goes on trying to run down the list, running down the list of old celebrity encounters (Heavy D! Mike Myers! “Marky” Mark Wahlberg! Elvis Costello! Paul Kantner! Joyce Carol Oates! (Okay, that last one isn’t mentioned on the podcast, but I want to throw it now to make the list seem a bit more eclectic) from his early Los Angeles days, most of which did not involve punching. Graeme does share a story about Robert Carlyle, I should add, although I’m not sure how much credence to lend it involving as it does an entirely imaginary show called “Stargate: Universe.”
1:24:41-1:31:13: Oh, and San Diego Comic Con! Jeff has no idea when it is this year; Graeme has a better idea plus some reassuring facts—proof of vaccination and masking are required!—and some non-punching-but-nightmarish stories to share.
1:31:13-1:44;36: Speaking of being in public places in the Year of Our Lord 2022, Graeme went and saw Crimes of the Future in the theater! I suspect we both assumed we will talk about the actual movie when Chloe is next on the show so we stick to the topic at hand which is—yeah, Graeme went to a movie theater for the first time in over two years. How was it?
1:44:36-2:06:09: you know what Graeme has been meaning to talk about for several podcasts and is *only now* finally able to? Star Trek: Strange New Worlds! It’s a show that Graeme is really enjoying that sounds *very* much like Jeff’s jam. (Hmmm, a brand new alliterative phrase for me—will wonders never cease…) On the other hand, Picard? Not nearly so. Graeme also has some very positive things to say about IDW’s Star Trek Season Five series, which he recently read on Hoopla.
2:06:09-2:15:14: Star Trek IV: The Voyage Home is the movie with Jeff Lester in it, by the way, which allows Jeff to tie a few things together from this episode into one neat little married-to-Susan-Anton package. Pull up a chair and hear about “the Jeff Lester of Two Worlds!” (a story by Philip K. Dick)
2:15:14-end: Closing comments!  But Graeme talks about reading the oral history of Mad Max: Fury Road and reprints of the British Transformers comics, and Jeff talks about the observation about Elon Musk buying Twitter that led him to…the first episode of Baxter Building?  And also: Graeme’s newsletter (https://www.getrevue.co/profile/ComicsFYI!  Stitcher! Itunes! Instagram! Twitter together and separately: Graeme and Jeff! (and Chloe!) Tumblr, and  on Patreon where a wonderful group of people make this all possible, including Empress Audrey, Queen of the Galaxy, to whom we are especially grateful for her continuing support of this podcast.
NEXT WEEK:  Surprise skip week, due to some unexpected scheduling stuff! Join us in two weeks for a new Wait, What (and then a Drokk the week after that)!