0:01-17:30: Greetings from Graeme “Horribly Sick” McMillan and Jeff “Mildly Sick” Lester! We are both under the weather, and we apologize in advance if this episode has a few more woozy patches in it than usual. We compare notes about how shitty we’re feeling and why—turns out we’re more sympatico than we thought. Hypochondriacs are invited to skip over this section and our discussion of our ills.

17:30-28:20: Jeff gets a reprieve because Graeme hasn’t been tracking his reading lately—“your savage victory has been postponed for a week or two,” is how he puts it—but he’s still interested to see/hear that list. “Is there sickly news to match our sickly demeanor?” asks Jeff instead. We discuss the announcement of Marvel’s Empyre event, written by Al Ewing and Dan Slott and Valero Schiti. Spinning out from that we talk about Al Ewing’s great cosmic stuff being undone (Galactus Lifebringer), his first issue of Guardians of the Galaxy which Graeme read and enjoyed a lot, and more. 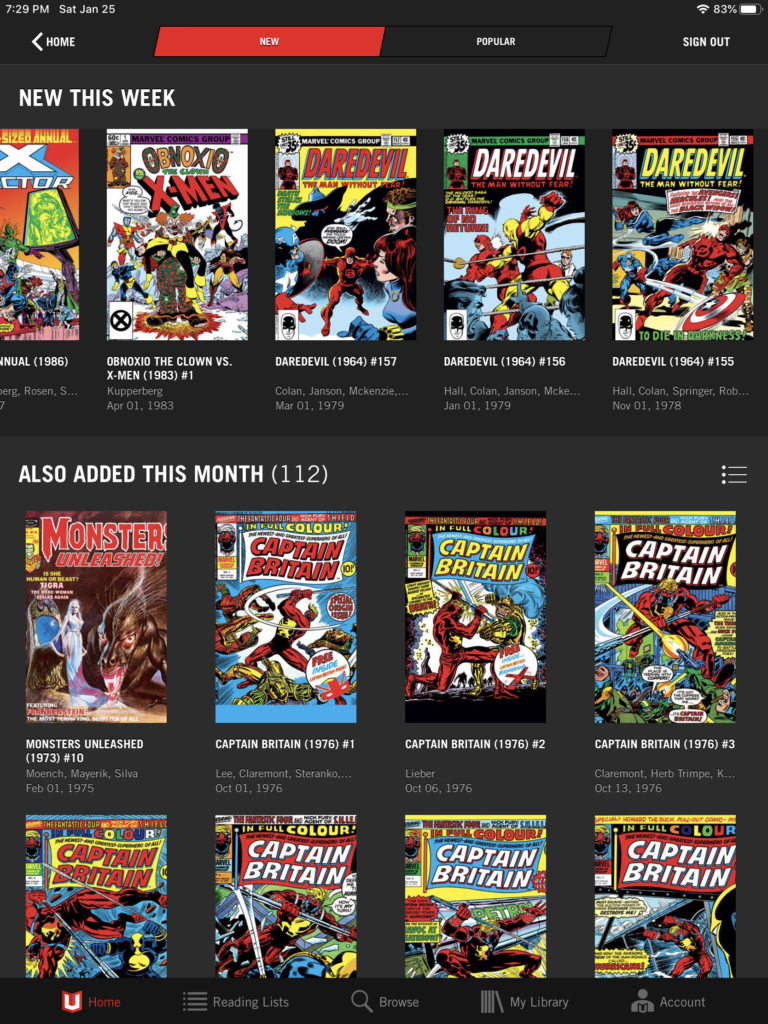 28:20-34:19: One of Jeff’s favorite topics, Marvel Unlimited and what’s being uploaded there, gets brought up in the course of talking about Al’s GotG. In particular: the last couple of weeks have seen very few (and in some cases no) uploads of older books. As MU starts trying to keep up with Marvel’s 100-titles-a-month output, will this be happening more and more? Also discussed: DC Universe’s more measured approach to its weekly upload; and more. 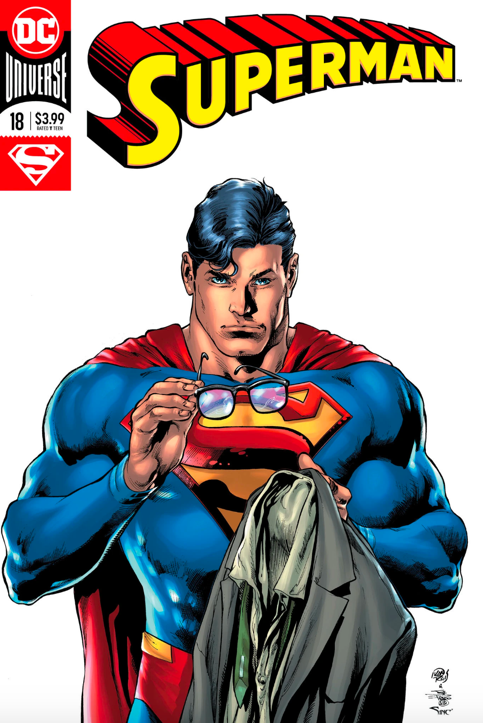 34:19-50:49: Graeme doesn’t have any more Marvel surprises for Jeff, but he is surprised he’s enjoying Bendis’s “Superman outs himself” storyline in Superman as much as he does, and we talk about why. Is this a chance for Jeff to swoop in and complain about Bendis’s plotting? You betcha! But they also talk about what’s good about Bendis, compare him to another wildly successful writer with an arguably equally lackadaisical approach to ending stories, why Bendis might be a better DC writer than a Marvel writer, the need to get a big story going to justify an investment, and more. 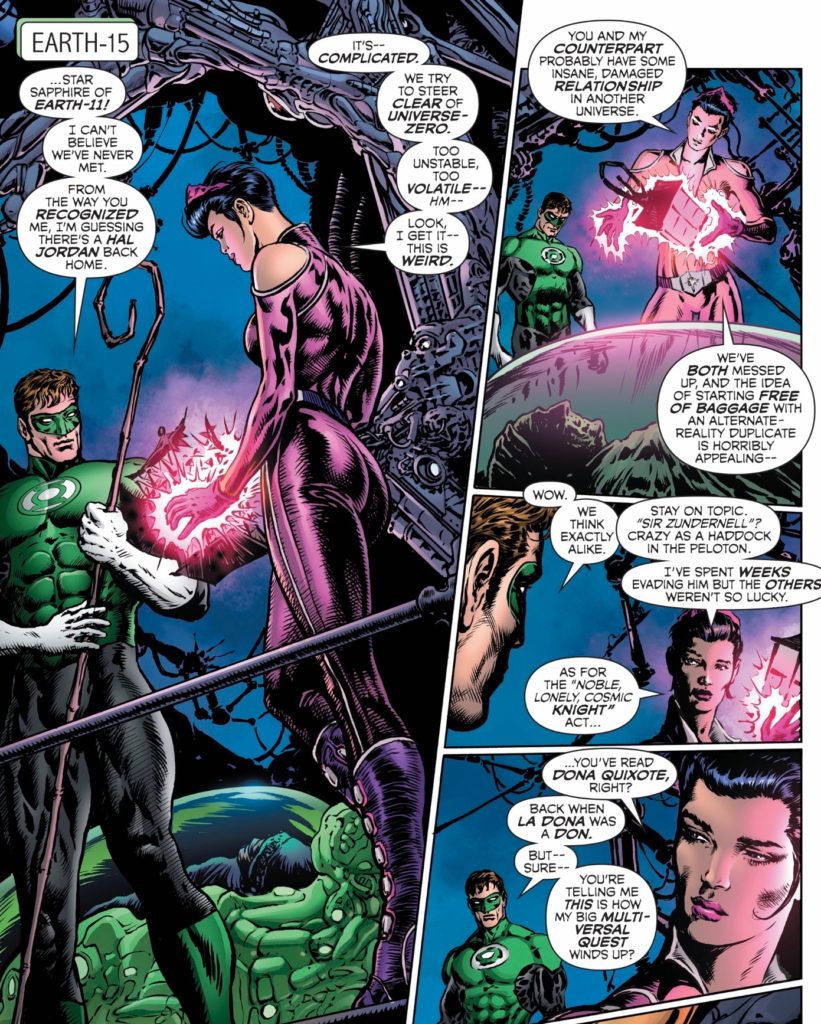 50:49-1:00:26: Graeme has read in collection the first twelve issues of The Green Lantern by Grant Morrison and Liam Sharp, and it is literally his third time through! What has he realized this third time through? “You realize the comics are interesting, and then they go up their own ass *dramatically. It’s not me!” Discussed: how the series was pitched in promotion and whether that’s a feint, a fail, or a swerve; and more. 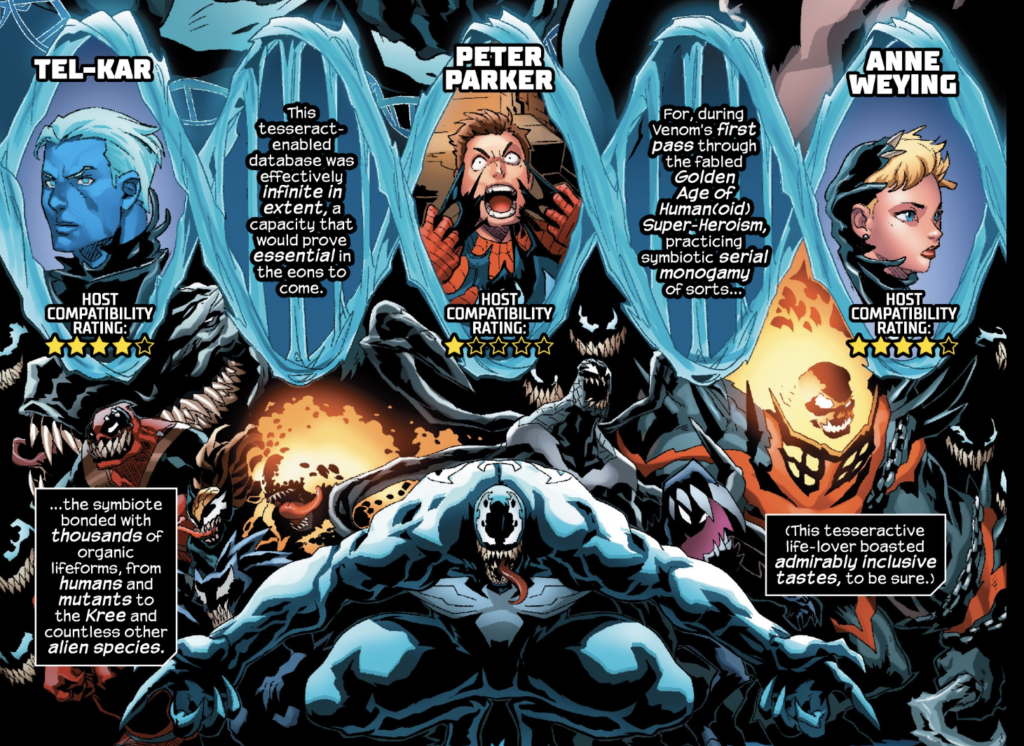 1:00:26-1:09:06: Speaking of things one should love but do not—Jeff read Venom: The End written by one of his faves, Adam Warren, and drawn by Chamba, with the symbiote becoming the last hope for biolife in the universe. It’s a oneshot that sprawls across all space and time but feels curiously behind the times in a post Powers of X comics landscape. Why does it let Jeff down? And why doesn’t Graeme care? The answers may (but, let’s face it, probably won’t) surprise you! Also discussed: Miles Morales: The End, the secret ingredient that makes “The End” books so zesty, and more.
1:09:06-1:18:24: Jeff might be tapped out, but Graeme has a bunch of stuff he’s read that he wants to talk about. First, he had a chance to read a digital arc of David Roach’s Masters of British Comic Art, which Graeme thought would be profiles of British comic artists, but is in fact a complete history of Brtiish comics featuring hundreds of pages of samples and examples. “It’s fucking amazing,” is Graeme’s summation. Another book recently read and loved by Graeme is Kerry and the Knight of the Forest by the amazingly talented Andi Watson; and Noisemakers: 25 Women Who Raised Their Voices & Changed the World – A Graphic Collection from Kazoo Magazine featuring a powerhouse lineup of cartoonists. 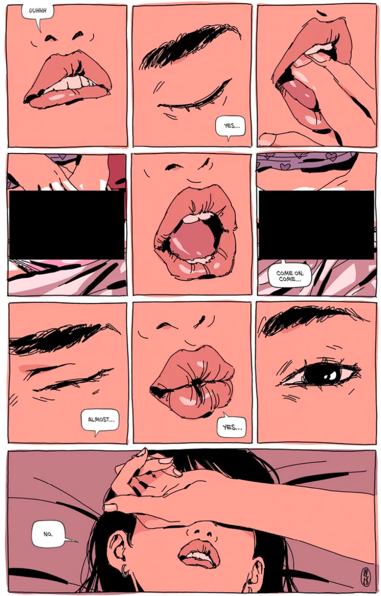 1:18:24-1:22:11: On the less successful side of things? The first volume of Faithless by Brian Azzarello and Maria Llovet, where impressive art by Llovet cannot save the story from Azzarello’s Azzarello-ness. Much more successful is The Runaway Princess by Johan Troïanowski, featuring a great joke/storytelling trick along with terrific art and a ton of charm. 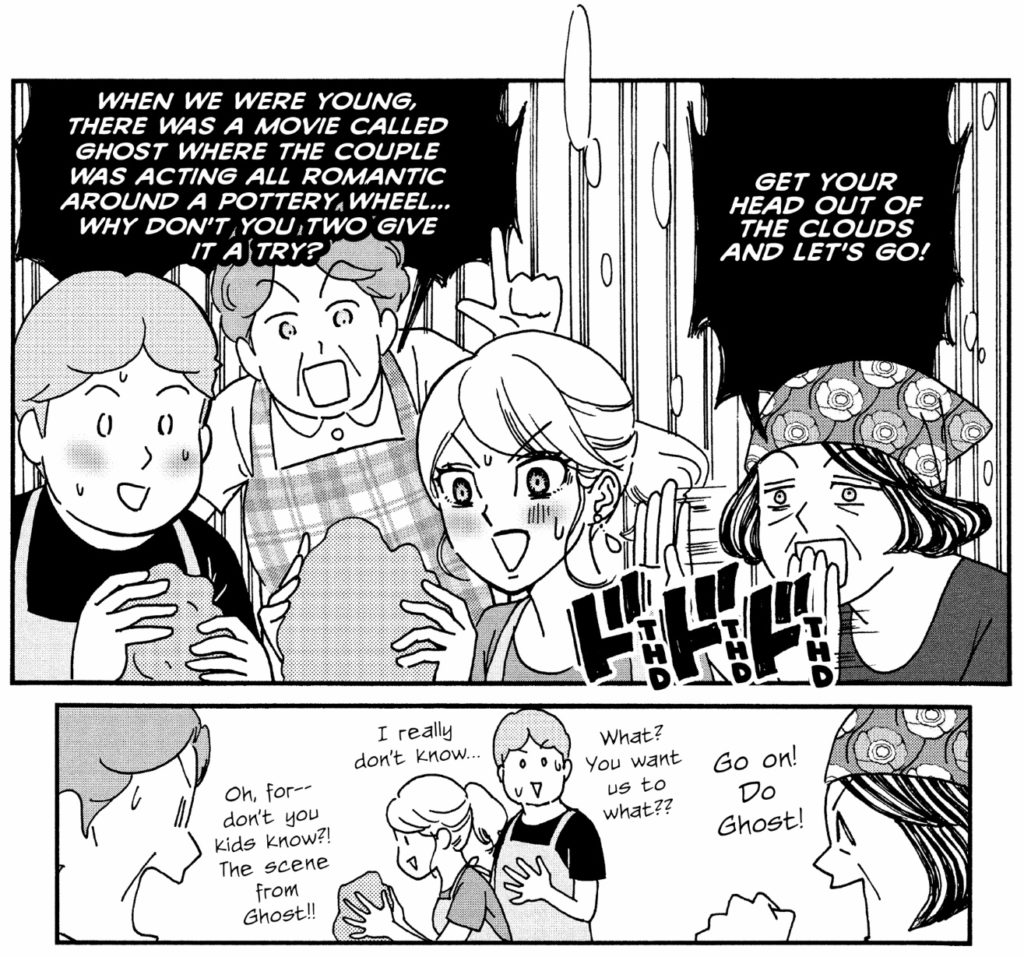 1:22:11-1:38:47: Jeff’s turn! From Hoopla, Jeff’s read Red Sonja, Vol. 1: Scorched Earth by Mark Russell, Mirko Colak, and others, wherein the she-devil with a sword becomes a queen with an impossible war to win; from Amazon, via the powers of pre-ordering high, the surprise arrival of Gambling Apocalypse: Kaiji by Nobuyuki Fukumoto; and on Comixology, two volumes of Ex-Enthusiasts: MotoKare Mania by Yukari Takinami.
1:38:47-1:54:31: “What do you think of The Boys news,” Graeme asks Jeff, and then sensibly follows up with, “Do you know The Boys’ news?” Jeff does, but doesn’t necessarily know what to think or how to feel about it. Also discussed: Russ Braun; later era Garth Ennis; SARA by Ennis and Steve Epting; Goodnight Paradise by Joshua Dysart and Alberto Ponticelli; and much more.

1:54:31-2:09:20: File this under conversational gambits that don’t work: “Hey, Graeme, Bloodshot the movie trailer with Vin Diesel!” But it does lead to us grumpily shit-talking Morbius and Jared Leto; The Joker being nominated for all the Oscars; we take the “two sick people try to cast DC supervillains even as they audibly lose their desire to live” challenge; and more.
2:09:20-2:27:27: Graeme sends us the warning! The two episodes of DC Daily wherein people pitch their DC-based reality show to DC execs have gone live on DC Universe. We will discuss it next episode, so go check it out. (Jeff certainly will!)
2:27:27-end:  Closing Comments!!  Look for us on  Stitcher! Itunes! Instagram! Twitter together and separately: Graeme and Jeff! Tumblr, and  on Patreon where a wonderful group of people make this all possible, including Empress Audrey, Queen of the Galaxy, to whom we are especially grateful for her continuing support of this podcast.  (Also, don’t forget about Spotify!)

Next week: Skip week ,wherein your two hosts will hopefully take some time to recuperate! We’ll see you right around February 9th.