00:01-5:34:  Greetings from Graeme “Happy New Year!” McMillan and Jeff “Yes, but is everything okay with Jim Lee?” Lester! Because Jeff is inexplicably concerned about Jim Lee (well, barely explicably), we get right off to talk about comics news and, well, what  the fuck is happening with Jim Lee? [Spoilers: apparently nothing?] 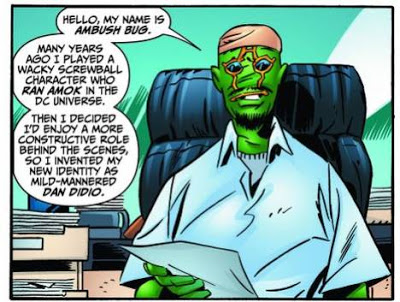 5:34-9:22: And from there, Jeff was curious what Graeme thought of some stuff Dan Didio had been saying.  “What stuff was Dan Didio saying?” asks Graeme, leading Jeff to realize just how little comics news he is reading (and especially retaining)!  Discussed: Bleeding Cool being played about 5G and whether or not that’s the same as DC’s upcoming timeline; more stuff about the timeline. 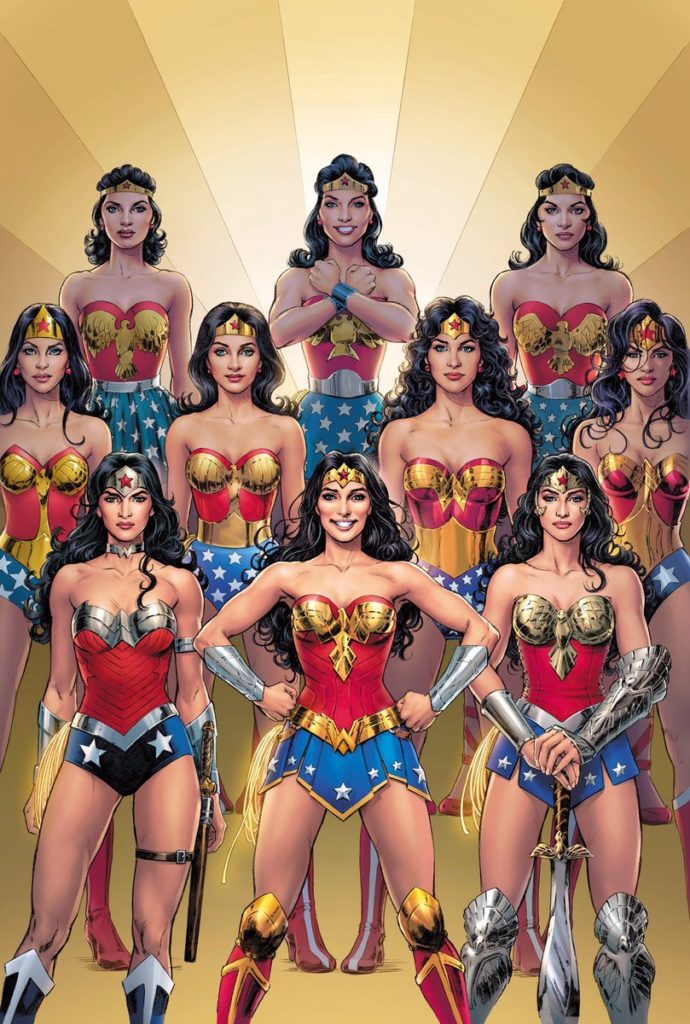 9:22-39:02: And finally, a bit more traction on the third thing Jeff thought we’d be discussing:  the comic book and graphic novel sales charts for 2019.  Discussed:  exactly that, plus also Graeme being fancy; Wonder Woman #750 and Flash #750; “everything matters” and what that means for DC as opposed to what it’s meant for Marvel; doubling down on the aging problem; sadly, the phrase “Time Trapper goatse” used by Jeff in the middle of some very good theories and extrapolations by Graeme; the Shannon and Dean Hale story in Wonder Woman #750 illustrated by Riley Rossmo that Graeme thinks is silly and great; and more.
39:02-1:00:37:  “Was there anything that surprised you in the 2019 best-selling comics and graphic novels?” ask Jeff of Graeme, and boy it’s a good thing he did!  Discussed: accidental embargo breaking; the list for both dollar share and unit share; the last issue of The Walking Dead and the final volume of The Walking Dead; Jeff not tracking that Walking Dead TV show; our confusion about why the companies appear to be sleeping on Tom Taylor; and more.

1:00:37-1:11:40: Robert Kirkman is launching Fire Power, a title with Chris Samnee and Matt Wilson on Free Comic Book Day.  But before then, they’re dropping a full trade prelude! Discussed: testing the direct market; the connection between Mark Millar, Robert Kirkman, and Brian K. Vaughan; Image titles that haven ’t even finished their own storyline; Project Superpowers; and more. 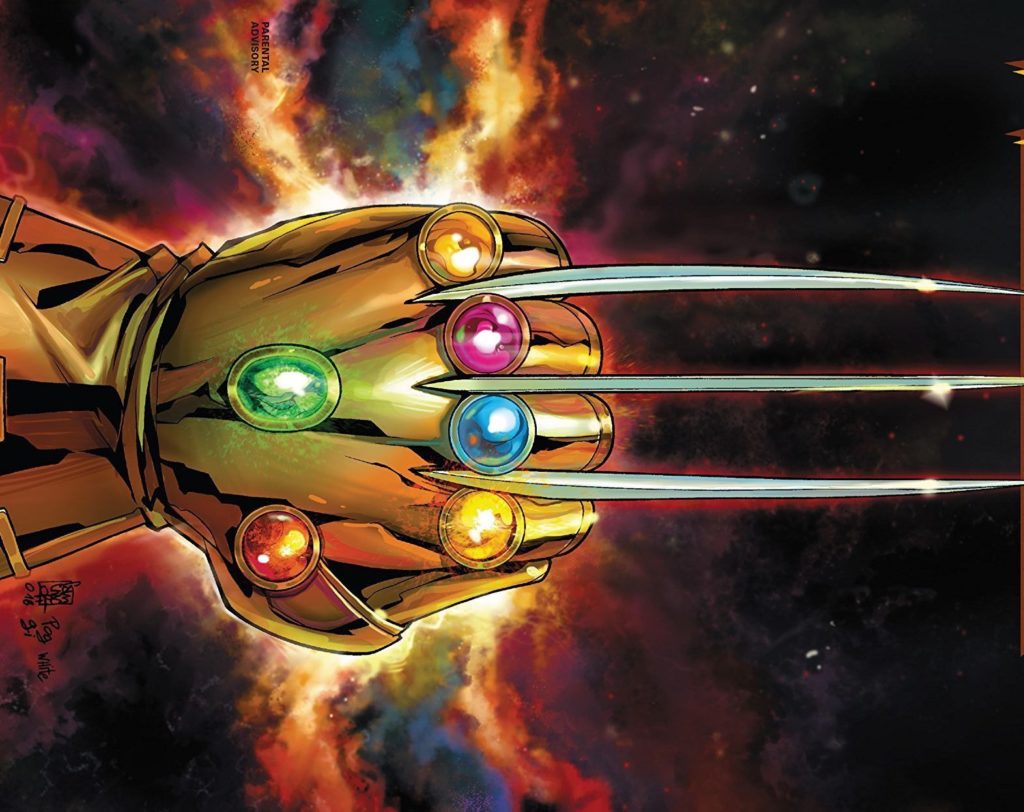 1:11:40-1:24:27: Speaking of things that don’t really wrap up well (or at all): Graeme read Wolverine: Infinity Watch by Gerry Dugan and Andy MacDonald.  Also discussed: the end of Omega The Unknown; the Three Loves of Galactus; and more. 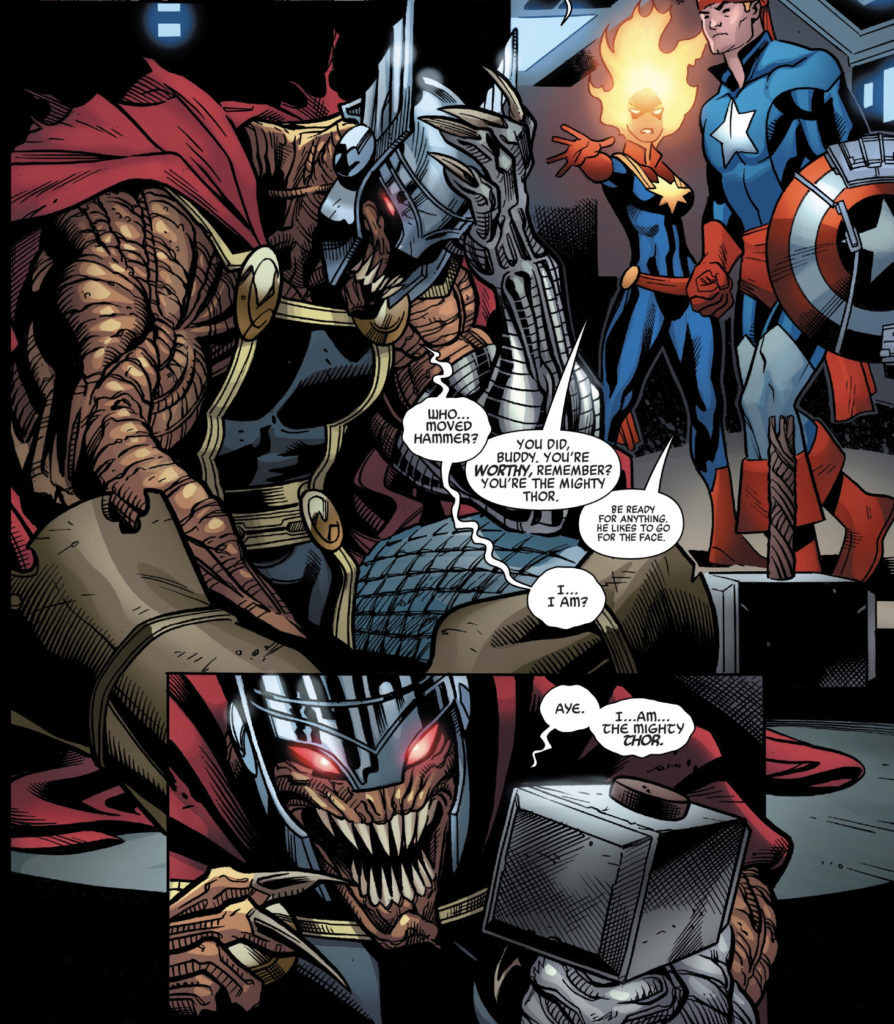 1:24:27-1:57:01:  Remember an episode or two ago when Jeff mentioned Jason Aaron’s run on Avengers as being comparable to Grant Morrison’s run on JLA, to which Graeme scoffed? Well, get ready for some next level scoffing, as Graeme got on Marvel Unlimited to read the twenty issues currently available of Aaron’s run and then also re-reading Morrison’s JLA.  Also discussed: The War of the Realms; Silver Surfer: Black; and more.

Everyone’s an expert on what comic books should be adapted into a movie… but tell me this… what comic book would make a great movie musical? No joke answers.

1:57:01-2:17:32: Chris Arrant on Twitter the other day asked which comic books would make excellent stage musical.   (Great thread!)  Jeff replied on Twitter, but Graeme didn’t, so Jeff cornered him here about which comics he’d turn into a stage musical.  Also discussed: I Started a Joke by Jonathan Hickman; and more.

2:17:32-2:27:27:  Super quick comics talk: Jeff has read and then watched V For Vendetta; read two volumes of Darth Vader; the first volume of Dr. Aphra; and the trade of Marvel’s Tie Fighter; Graeme read Don’t Go Without Me by Rosemary Valero-O’Connell which he loved.
2:27:27-end:   Closing Comments!!  Look for us on  Stitcher! Itunes! Instagram! Twitter together and separately: Graeme and Jeff! Tumblr, and  on Patreon where a wonderful group of people make this all possible, including Empress Audrey, Queen of the Galaxy, to whom we are especially grateful for her continuing support of this podcast.  (Also, don’t forget about Spotify!)
Next week: DROKK!! Vol. 11 of Judge Dredd: The Complete Case Files! Join us!

18 comments on “Wait, What?: Spider-Man Can Watch”