Of course the rumor about the potential DC relaunch broke the very day after we recorded the last episode. Why would it break before we recorded, so that Jeff and I could’ve talked about it? Who would’ve wanted that to happen?

For those who missed it; Bleeding Cool ran a story last Friday that DC is planning to relaunch all of its superhero titles at #1 again this June, and later that same day, both Dan Didio and Jim Lee took to Twitter to share the following:

Now, there’s a chance that DC isn’t planning to relaunch everything in June — Geoff Johns and Ethan Van Sciver, the creative team behind both Green Lantern: Rebirth and The Flash: Rebirth, have been tweeting to each other in such a way to suggest that “Rebirth” is actually a comic book series, as opposed to a line wide relaunch — but, let’s be honest; if DC wasn’t considering such a move before the rumor broke, they’d have to be nuts not to be thinking about it now. 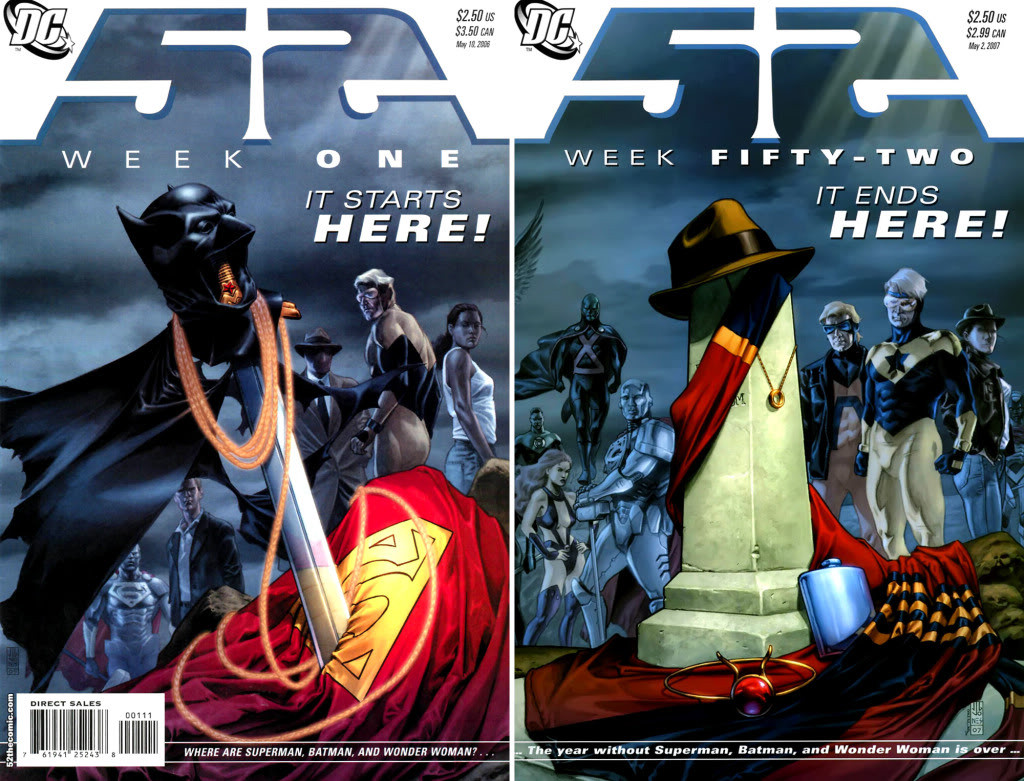 It’s not just the sales spike that should make the proposition enticing for DC — a chance, perhaps, to regain some marketplace from an increasingly dominant Marvel — but the fact that the June timing makes a lot of sense: it’s a year since the last big DC push (DCYou, which rolled out to some critical acclaim and crickets at the comic book store in June 2015), which allows for the illusion of annual promotional pushes and a seasonal approach to new launches. It’ll also be the month after the 12 remaining New 52 books hit #52, suggesting a somewhat appropriate end and time for relaunch, even if the “52” conceit has always been a somewhat haphazard one. (“Hey! There are 52 weeks in a year, let’s call the weekly series 52! And then we can have 52 alternate earths, and pretend that‘s the reason for the title! And then launch a new line with 52 books, because, uh, 52 was a success!”)

There are, in other words, ways to spin it that doesn’t seem like a retreat from what’s been happening before.

Not that a retreat would be a bad idea, in some places. After all, sales really are bad for the majority of DC’s line, with everything that isn’t Batman, Harley Quinn and Justice League in various stages of bad shape. The mid-section of the publisher’s offerings — Green Lantern, The Flash, that kind of thing… meat-and-potatoes books that really should be the bellwether for how DC is doing, as far as I’m concerned — are just doing fine, both creatively and commercially, when they should be stronger in both. It’s not just DC’s buzz that could benefit from a chance to do-over; a lot of the books being published are in need to a makeover, as well.

(In some cases, it could be minor; Green Lantern just needs to be refocused back to the original high concept some, Flash needs to — ironically — speed up and use a less busy artist. Other books need a more comprehensive overhaul coughWonderWomancough but not everything needs dramatic surgery, I feel.) 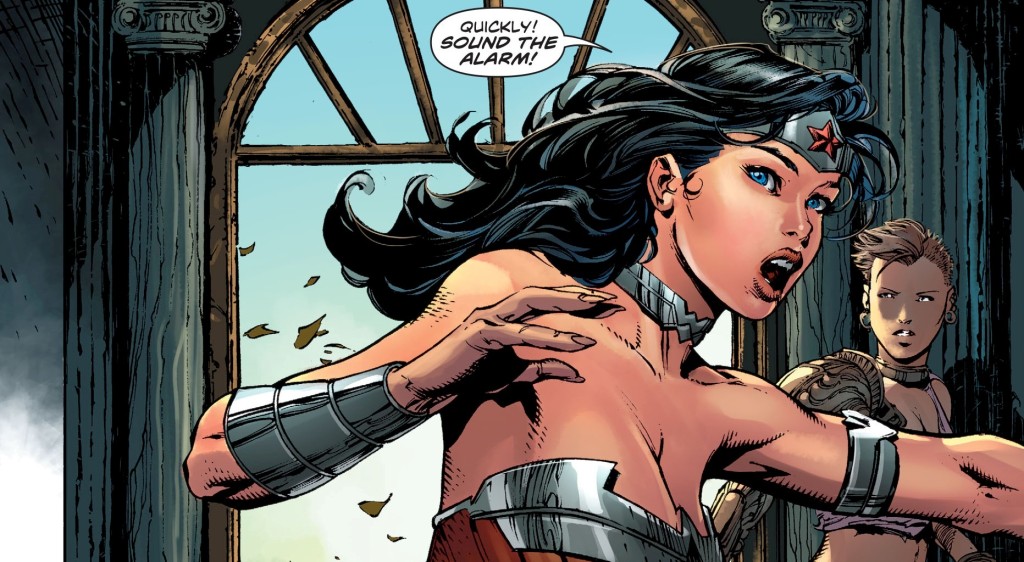 A relaunch offers a number of pluses to DC: a chance to rethink and reposition some books (Creating a stronger midlevel being the most immediate aim, to me; one of the problems with DCYou as a relaunch was that it was a reaction against a superhero “norm” that, because of all the makeovers, only really existed in Flash. DC needs a line of regular straight ahead superhero books, I think, in order to “work”), revive some concepts and ideas that should return to usage (Legion of Super-Heroes! Vixen! Birds of Prey! Global Guardians! No, really, I’d love to see a good Global Guardians revival) and, most importantly of all, work out a way to promote its output in a way that makes sense for each title.

This is an ongoing complaint I’ve had not only wish DC, but also Marvel, in recent years. Followers of the Wait, What? Tumblr know how much I love old house ads from DC and Marvel comics, and that’s something that I’ve really missed in more recent (as in, the last decade or so, if not longer) Big Two comics — ads for specific issues of specific series that aren’t simply cover art and a generic design and/or tagline. Something that suggests that this issue and this series are individually worth your attention, and tells you why. (The ads should also be reasonably placed; don’t put Omega Men ads in Harley Quinn, for example, but make sure Prez ads go in there instead. That kind of thing.)

The war against renumbering and relaunching titles is, to be honest, lost; it’s not just Marvel’s repeated use of the technique as a sales tool, but also the fact that DC dumped more than 70 years of history with the 2011 relaunches, cutting both Detective and Action down to #1 after decades. Once that happened, it means nothing to reboot books from #50, or #52, or whatever. If this is the world we’re living in, the least we can hope for is that publishers will actually start using the relaunches as genuine opportunities to create new-reader-friendly issues, whether it’s for readers new to the medium, the character or simply that volume of the series. Done right, a DC relaunch — “Rebirth” or no — could be a good thing.

Of course, the question of whether or not it’ll end up being “done right” remains open until we know more, if it even happens…

4 comments on “What’s With All The Rebirths?: Graeme on The Rumored DC Relaunch”