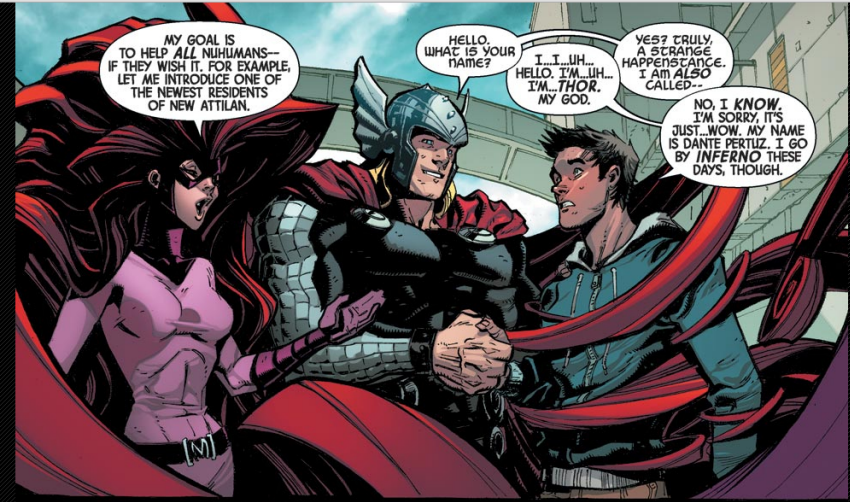 I have no idea why I still watch Agents of S.H.I.E.L.D. (Also, the periods in SHIELD can go straight to hell for the rest of this post.)

I’m usually pretty good at quitting things that I’m not enjoying, an ability that took much longer to develop than I like to admit. And I’ve been mostly not-enjoying SHIELD since season one. It’s … clunky, and dull, and seemed embarrassed by itself at first, and lacked any of the joy and verve of the best superhero fiction.

Also, Phil Coulson is a boring, uncharismatic character – seemed, in fact, to have been designed to be a boring milquetoast foil to Tony Stark — and making him the lead in a show like this was a really strange choice.

And yet I keep watching. Sometimes, on the lucky weeks, I let it fade into the background. I get some work done, or some writing done, or I read something while it’s on. On the unlucky weeks, the show gets my full attention.

There’ve been a few enjoyable episodes, of course. Nothing can be that awful all the time, and as a general rule I’ve liked it more the more “Marvel Universe-y” it’s gotten. That’s the well that Agents of SHIELD has to draw from if it wants to separate itself – people who want a boring, poorly acted procedural have plenty of less terrible options to choose from.

There’s always been this theory that other media based on comics should drive people to the comics, but it allegedly happens very, very rarely. Well, this season of SHIELD, I became one of those rare people. I AM A UNICORN, GUYS.

The season premiere introduced a terrible special effect named Lash, who – I found out from some recap – springs wholesale from the pages of the ongoing Inhuman series, written by Charles Soule with art from Joe Madureira, Ryan Stegman, and some other folks. Well, Lash was so weird-looking and ill-defined onscreen that (for some reason) I just HAD to find out more about him, so I went to Marvel Unlimited and read the entire series, along with the Matt Fraction-scripted prequel.

My verdict? It’s a damned sight better than the Agents of SHIELD show. Slightly more detailed thoughts after the jump.

Charles Soule has become a writer of startling ubiquity in relatively short order, which makes it remarkable how few of his books I’ve read. This hasn’t been a conscious decision, he just never seemed to wind up on books that I was interested in.

(Weirdly, I am SURE that I just read something else by him, but I can’t for the life of me think of what. I started his She-Hulk series. Maybe that was it.)

Based on Inhuman, though, Soule has the solid professionalism of one of those guys who was writing a bunch of titles in the 1980s, like a Peter David (minus the puns) or a Steve Engelhart (minus pretty much everything that Jeff and Graeme like about Engelhart).

There’s something about Soule’s work that just feels very late-eighties to me – maybe it’s the structure, which generally relies on A-plot/B-plot/C-plot, with B- and C-plots moving to the fore as A-plots are resolved; maybe it’s the pacing, which has no real relationship to five- or six-issue arcs, but is instead pure serial entertainment; maybe it’s the melodrama, which is pretty melodramatic.

But whatever it is, it makes him a perfect Marvel Unlimited writer. The book is engaging without being heavy, and agreeably readable. If you don’t like a particular plot, just plow through and it’ll probably be resolved within 22 pages or so.

Not coincidentally, the artwork is comparably more enjoyable the more it stays out of the way. Joe Madureira’s work on the early issues is somewhat distracting, in that late-90’s Madureira way. Once he fulfills the ancient prophecies and once again succumbs to his own inability to do a regular monthly comic, the book improves markedly.

Ryan Stegman is an unremarkable artist, but he’s able to tell the story clearly and efficiently, with the occasional striking image. Pepe Larraz has a fill-in that’s even more generic (and therefore arguably more tonally appropriate).

The Marvel Unlimited format works in this book’s favor in one other way as well: price. No single issue here felt worth an individual amount of money, to be frank. I don’t even know if I’d pick them up from a dollar bin. But for “free” (or, more accurately, as part of a set annual fee), they’re perfect shut-off-your-brain-and-enjoy books. There’s some superhero action, some mighty Marvel melodrama, some Game of Thrones style political jockeying, and a character whose power is that he’s a magical door. 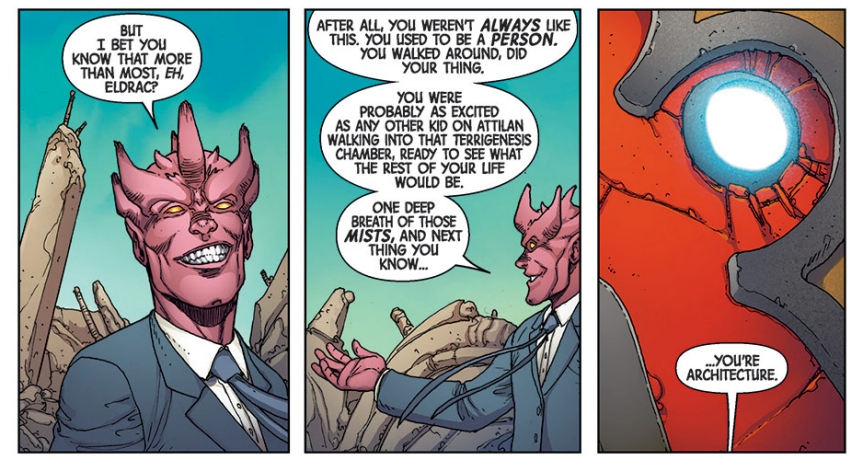 It has, basically, all the attributes of a perfect TV show. Which maybe explains why Agents of SHIELD is steering this way, in their latest desperate attempt to course-correct. If the show can make itself even half as breezily watchable as this comic is readable, maybe I’ll finally stop feeling like such a masochist for not being able to quit it.

(NOTE: Graeme also took on these issues. Check out his thoughts here!)